The entire world (or at least the health conscious millennial population) turned its head when this allegedly healthy, completely guilt-free ice cream appeared in grocery store freezer shelves. That’s right, ice cream high in protein and low in sugar and calories, made from all natural ingredients. It almost sounds made up, but it (thankfully) isn’t. Most health cynics will insist that there has to be a catch. After all, it sounds almost too good to be true. We decided to briefly debunk some theories surrounding the recent Halo Top frenzy… 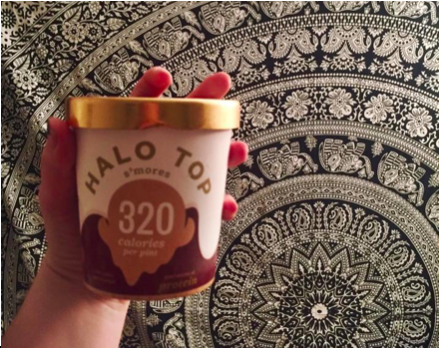 Theory: There has to be tons of added sugar or artificial flavoring.
Okay, so there are some ingredients in Halo Top that are slightly difficult to pronounce. But it turns out that Erythritol, present in all flavors, is an organic sugar alcohol with a glycemic index of zero. Stevia is also a prominent ingredient—and although this zero calorie sweetener may sound unnatural, it is completely organic as well. While these sugars may be added, there are far worse things you could be using to sweeten your ice cream.

Theory: “Low calorie” probably just means smaller serving sizes.
WRONG. All Halo top pints range from 240-280 calories. That is the same number of calories in ONE QUARTER of a pint of Ben and Jerry’s. That’s right—you can basically kill an entire pint in one sitting without feeling any guilt (it’s not hard to do either).

Theory: Won’t taste good
Many people are concerned that Halo Top will taste too much like frozen yogurt or simply nothing at all. But the taste isn’t too different from that of real ice cream. Yes, it freezes much harder than regular ice cream due to its prevalence of natural ingredients, but if you’re patient enough to leave it out for a few minutes, it will eventually reach desirable consistency. Rest assured that it will NOT taste like air. 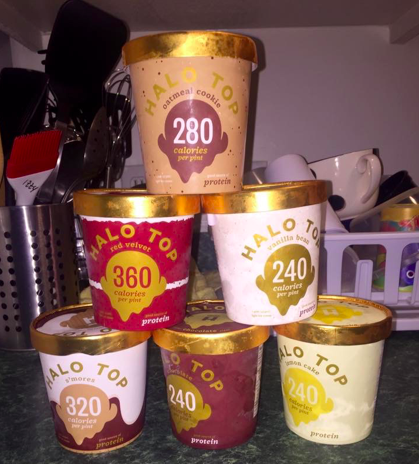 Theory: Probably just empty calories
So we pretty much proved that Halo Top won’t hurt your diet, but there’s no way it can help it, right? Wrong!! Halo Top is high in PROTEIN and FIBER, with each pint containing about 24 and 20 grams of each per pint. Many curious foodies have even embarked on weeklong diets of strictly Halo Top, proving that this ice cream contains enough nutrients to keep you going relatively normally for at least a few days.

Are you convinced? You should be! As far as we can see, there isn’t much to lose from replacing your daily ice cream fix with Halo Top.