Frat says its reputation has been ‘catastrophically harmed’

The Phi Kappa Psi fraternity at UVA has filed a $25 million lawsuit against Rolling Stone magazine.

The lawsuit is the frat’s response to the magazine’s infamous article about an alleged sexual assault, published in 2014.

The article, entitled “A Rape on Campus”, detailed the gang rape of a first year referred to as Jackie, said to have occurred at the Phi Psi house on September 28, 2012. It alleged that seven of the Phi Psi members attacked her while a party was held downstairs.

After investigations by the Washington Post, and later the Columbia Journalism school, the article’s inaccuracies were exposed. Several editors and fact checkers from Rolling Stone had raised “red flags” against the story but it was published anyway.

After the article appeared, the student body was furious. Organizations posted sticky notes on Peabody Hall demanding resignations, and stating that rape cannot be tolerated. Windows were broken at the Phi Psi house and “UVA Center for Rape Studies,” was written on the wall. 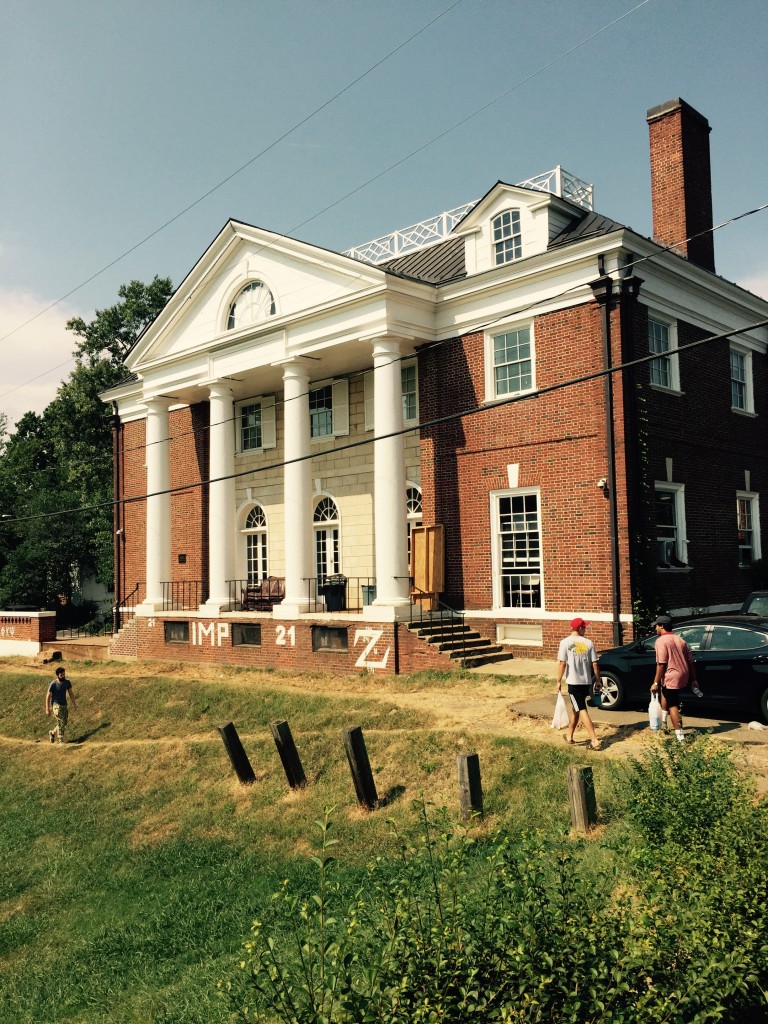 The complaint filed today describes the infamous article as “entirely false and a complete fabrication” and it says the journalist Sabrina Erdely went looking for a sensational story at a top school.

“Rolling Stone endorsed and encouraged Erdely’s efforts to troll elite American college campuses in search of a sensational and graphic rape narrative, and rejected potential stories from universities such as Yale that lacked the sensational quality Rolling Stone sought,” it says. “Rolling Stone and Erdely had an agenda, and they were recklessly oblivious to the harm they would cause innocent victims in their ruthless pursuit of that agenda.”

The lawsuit makes clear that the frat does not just reject the specific scenario described in the article, but the suggestion of any assault whatsoever. It reads: “There was no Phi Kappa Psi date function on September 28, 2012. The ringleader of the alleged gang-rape, “Drew,” did not exist. No member of Phi Kappa Psi worked at the Aquatic Center with Jackie. Jackie was not gang-raped, or sexually assaulted by anyone in any manner at Phi Kappa Psi, nor was she assaulted by any Phi Kappa Psi member at any other time or place.”

The action also concerns “subsequent statements made by Erdely and Rolling Stone which repeated and reinforced the defamatory statements made in the original Article”. Appended to the complaint are transcripts of interviews given by Erdely after the article was published. In one of them, she appears to allege – without any supporting evidence – that further such gang rapes took place in the same fraternity.

The complaint says: “Rolling Stone reacted to these reports by doubling down on its original Article, standing by its story, engaging in deception and cover-up, and issuing interviews and public statements that lied about its sourcing.” 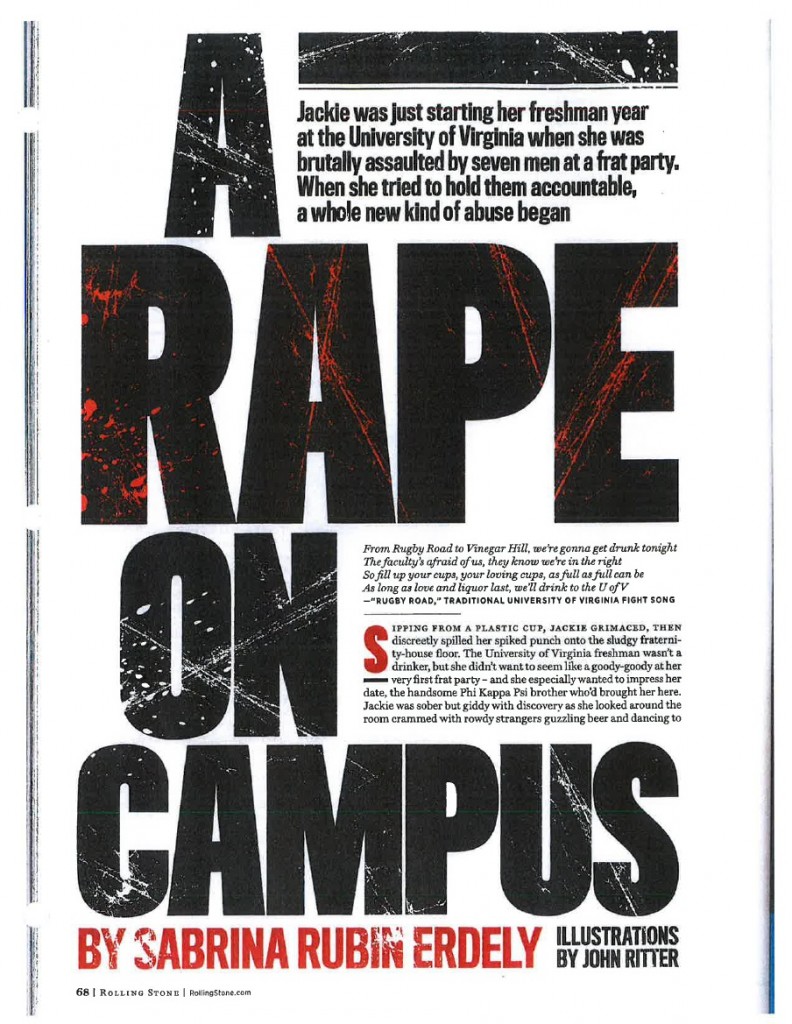 The first page of the infamous article

Referring to the story’s source, the complaint says: “Rolling Stone intentionally avoided sourcing and corroborating the story in return for Jackie’s continuing cooperation and willingness to not back down from her story.”

The complaint says that the magazine knew it would inflict major damage to the fraternity. “These allegations did not concern harmless fraternity pranks,” it says. “These were allegations of ritualized and criminal gang-rape that Rolling Stone knew were the predicates for annihilation of Phi Kappa Psi and widespread persecution of its members.”

Explaining the severity of the suit, the complaint says the things described in the article “are conventionally connected with war crimes and brutal, uncivil cultures.”

The suit says the story did grave reputational damage to the fraternity. Describing how the frat recruits members, it says: “The chief assets of Phi Kappa Psi that attract new members to its pledge classes are its reputation and the experience of being a brother at Phi Kappa Psi. Both of these assets were catastrophically harmed by Rolling Stone ’s publication of the defamatory Article.”

It is not the first lawsuit filed against the magazine following the article, though it is the largest.

In a statement released today, the Phi Kappa Psi said: “The fraternity chapter and its student and alumni members suffered extreme damage to their reputations in the aftermath of the article’s publication and continue to suffer despite the ultimate unraveling of the story. The article also subjected the student members and their families to danger and immense stress while jeopardizing the future existence of the chapter.”

Later this week, we will publish a story about the  aftermath of Rolling Stone’s story, and its effect on Greek life at UVA. To contribute information to the story, please email [email protected]