There is a space that lies between rape and consensual sex that remains unnamed and undiscussed.

I have experienced sex that lies within this in between space multiple times.

When I was an undergrad at UVA last year, I wrote a piece for Her Campus about it and I received alarming –  though not entirely unexpected – feedback: Friends of mine told me they felt exactly the same way, and that many of their college sexual experiences had been like this – not rape, but not fully wanted either.

When you have been drinking with a guy, and it gets past 2am, there is a certain expectation of sex if you end up together in a bedroom.

Sometimes, after flirting, and inviting a guy home, I didn’t exactly want to have sex, but it was easier than saying no, easier than going through the verbal tug of war that occurs when you have to decline in the least aggressive way possible. It would be easier to just let it happen. 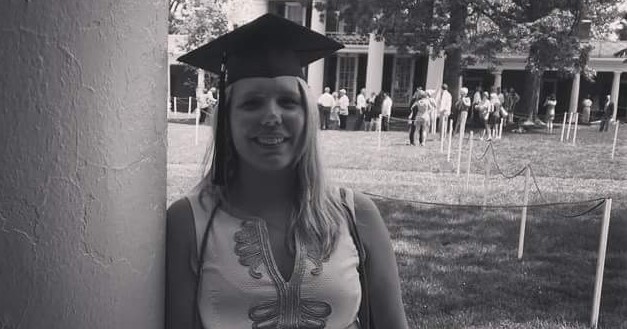 The survey defined assault and misconduct as incidents of penetration or sexual touching in which one of four tactics is used: physical force, being incapacitated, coercion, or “failure to obtain affirmative consent”.

The second two tend to violate college codes of conduct and the first two the law. And whether or not they should all be lumped together in a nationally reported figure, there is no doubt that the dynamic of sexual encounters in the weird gray zone between a woman saying no to sex, and actually wanting to sleep with someone, is little known, and rarely discussed.

Flirting with someone, inviting a guy to walk you home, kissing them, even inviting them up to your apartment is not consent. However, after I would do these things, I would somehow feel obligated to have sex with the guy, feeling as though I had led them on to the point of no return.

A friend of mine, another UVA graduate, had a similar experience.

“I went through a break up, went a little wild, and being surrounded by people who drank four nights a week and treated sex like a handshake made me throw myself into that world as well,” she told me.

“But it’s like saying yes was too easy… It’s a terrible thing to think about, but it was just always easier to go ahead with sex than to say no.”

How can it be so intimidating for many women to say no to sex, after all the strides we have made in female sexual independence?

Society’s ongoing expectation for women to play coy certainly doesn’t help. The convention for women to say no in the first instance, whatever their real intentions, creates a culture of pushiness and indeterminate meaning.

In effect, by leaving these encounters undiscussed and unacknowledged we are allowing them to continue.

And we are allowing women who have experienced this to feel alone. By talking about the different types of sexual encounters and experiences more openly, we can build a communal confidence and change expectations.

Every single time I had one of these experiences, I thought: I am weak. Other women must just be better at saying no.

Until another woman referred to this gray area in an article, it honestly didn’t occur to me that it was happening to other people.

We need to get to the point where saying no is much, much easier. We need to make no-guilt-attached sexual refusal the norm.

It should be easier to say, “I don’t really feel like having sex” without the addition of an adamant push, or a neighbor-alarming yell. Saying, “I know I brought you up here, but I want to stop here” shouldn’t warrant anger, or any sort of combative argument – or even embarrassing awkwardness. I’ve said my piece, take it at face value.

These kind of experiences do not warrant persecution or repercussions for the men involved. And talking about them shouldn’t detract from the seriousness of forcible assault, where there is no gray area, and no excuses.

But talking about these instances openly might help men to distinguish between genuine enthusiasm and silent reluctance. Men I’ve spoken to about this have said as much.

As my friend put it: “In this ‘in between’ area it’s easy to turn the blame back on yourself, when really I think it’s okay to put some of the blame on the culture.”

In truth the infamous Rolling Stone article has only made this topic more difficult to talk about, especially for women at UVA. In the climate after that story, the fear of being labeled as someone who has “cried rape” is more present than ever.

But we can’t put everything on hold because a magazine didn’t do its job properly. The more we explore the full spectrum of sexual encounters – openly, and honestly – the better things will get.