It says: ‘Frats bash back’

Bizarre new flyers have appeared on UT’s campus calling for frats to “bash back” by forming “safety squads” to protect members of Greek life.

The flyer, which has the photo of Harrison Brown at the top, was spotted by UT freshman Logan McCord, who told The Tab she saw it on Guadalupe Street.

It reads: “Whereas the University directly or indirectly encourages, supports, and fosters a violent anti-Fraternity culture on campus, we call upon all the Fraternities of UT Austin to begin forming Safety Squads to protect our brothers and sisters from harm.” 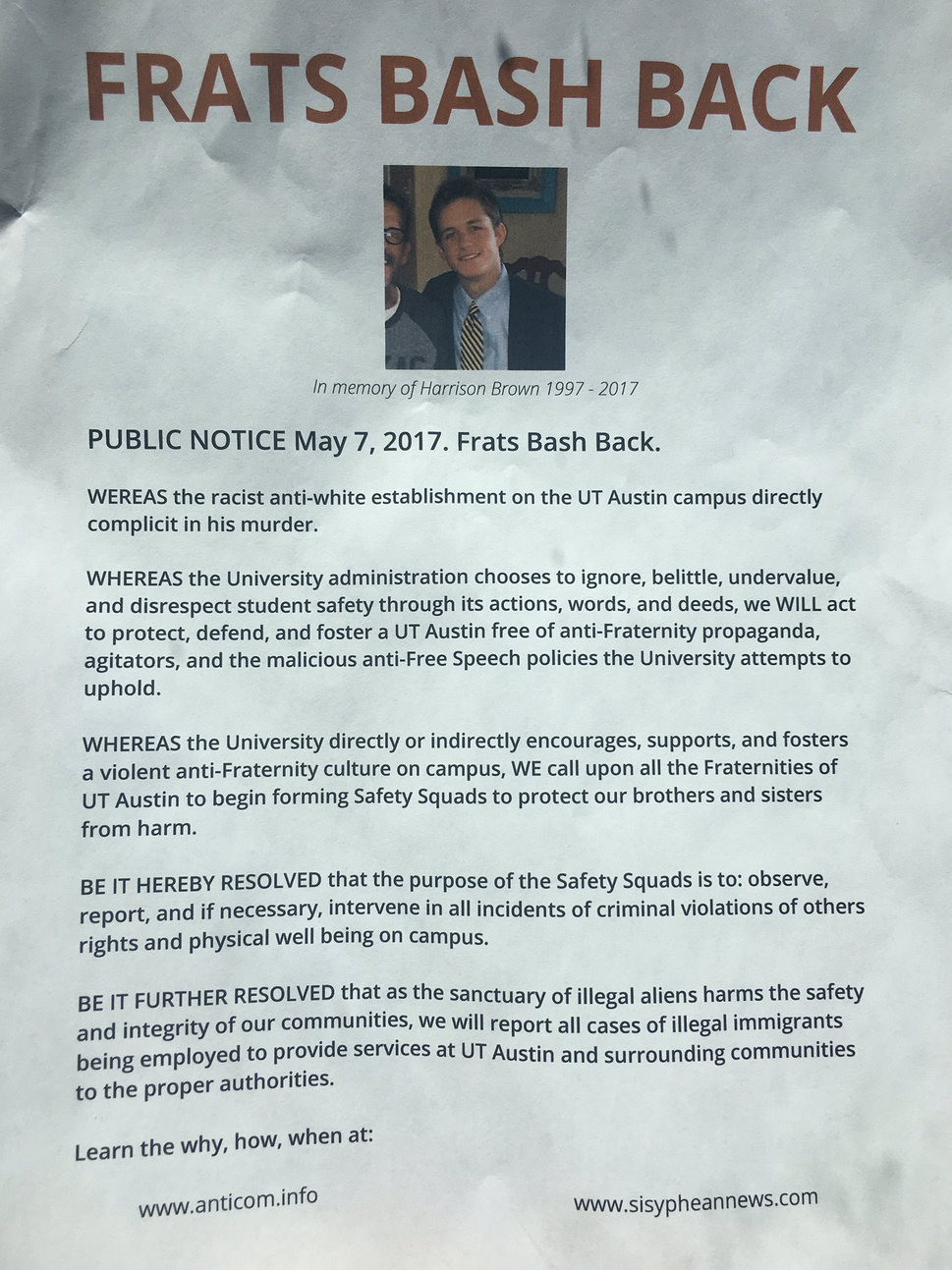 The flyer goes on: “Be it hereby resolved that the purpose of the Safety Squads is to: observe, report, and if necessary, intervene in all incidents of criminal violations of others rights and physical wellbeing on campus.

“Be it further resolved that as the sanctuary of illegal aliens harms the safety and integrity of our communities, we will report all cases of illegal immigrants being employed to provide services at UT Austin and surrounding communities to the proper authorities.”

It contains links at the bottom to two sites – one under construction, and one which says its aim is “Exposing Antifa and Working Against the Mainstream Media.”

I am so tired of white people using this tragedy to be racist toward blacks and Hispanics on UT campus, this is a predominantly white campus pic.twitter.com/DBpsdyycrO

Reacting to the flyer she saw, Logan told us: “I’m just tired of them making it into a race thing when other ethnicities were stabbed,” she said, referring to last week’s tragic attack. “The stabber wasn’t even an immigrant, honestly I feel like white people try so hard to be oppressed when they are privileged in almost every aspect in society.”