Everything that happened at the Women’s March in Austin

Despite Texas being a traditionally red state, the turnout was huge

We may only be in January but the Women’s March in Austin already wins the title for the best thing about 2017.

Texas is Republican paradise but on Saturday Jan 20th, over 50,000 people marched to show their support of women’s rights. It was a parade of feminists and it was beautiful.

2016 was overwhelmingly, a year of lows in the world. America beat out Great Britain’s Brexit for title of the most embarrassing political event of the year by voting Donald Trump into the presidential office and proved, that the end of the world really is near.

However, amid all my apocalyptic musing came a beacon of hope. The Women’s March on Saturday Jan 20th.

UT Austin is a very liberal school (no seriously, we have a therapy wall to help students deal with the election results) but it’s still in Texas so when I signed up to go to the march with two of my friends on the State Capital I had my own doubts about how many people would show up.

There were huge rainbow flags in support of LGBTQA+ rights, a giant banner that read “Climate change is real” and even a band that walked through the event. Despite it being crowded and ridiculously hot for January, everyone at the march was incredibly positive and the entire event felt like being surrounded by a team of friends rather than strangers.

UT sophomore and Economics major Rachana Mallavarapu said: “It’s so empowering to see all these people supporting each other” I’ve never been more proud to have grown up here. 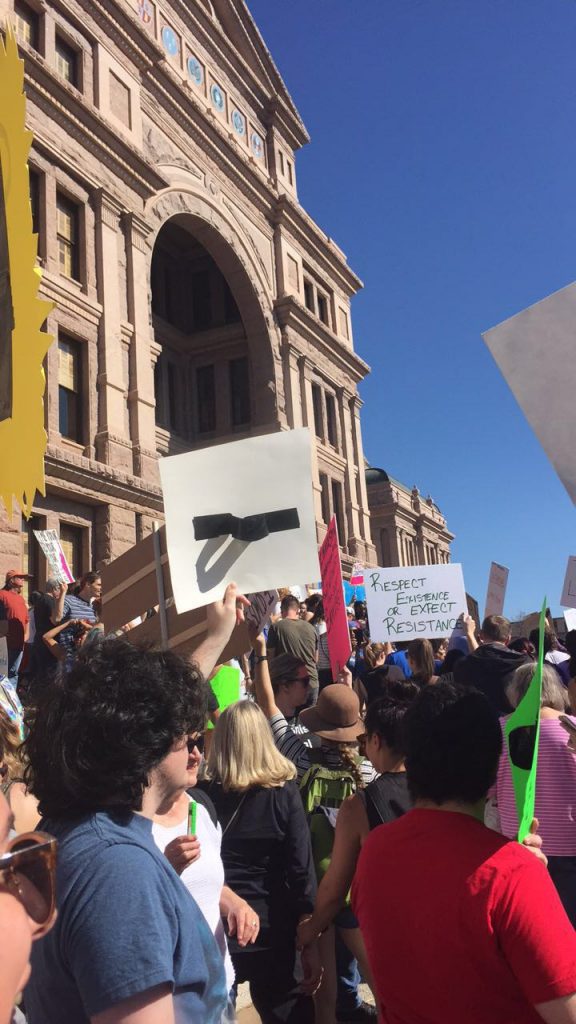 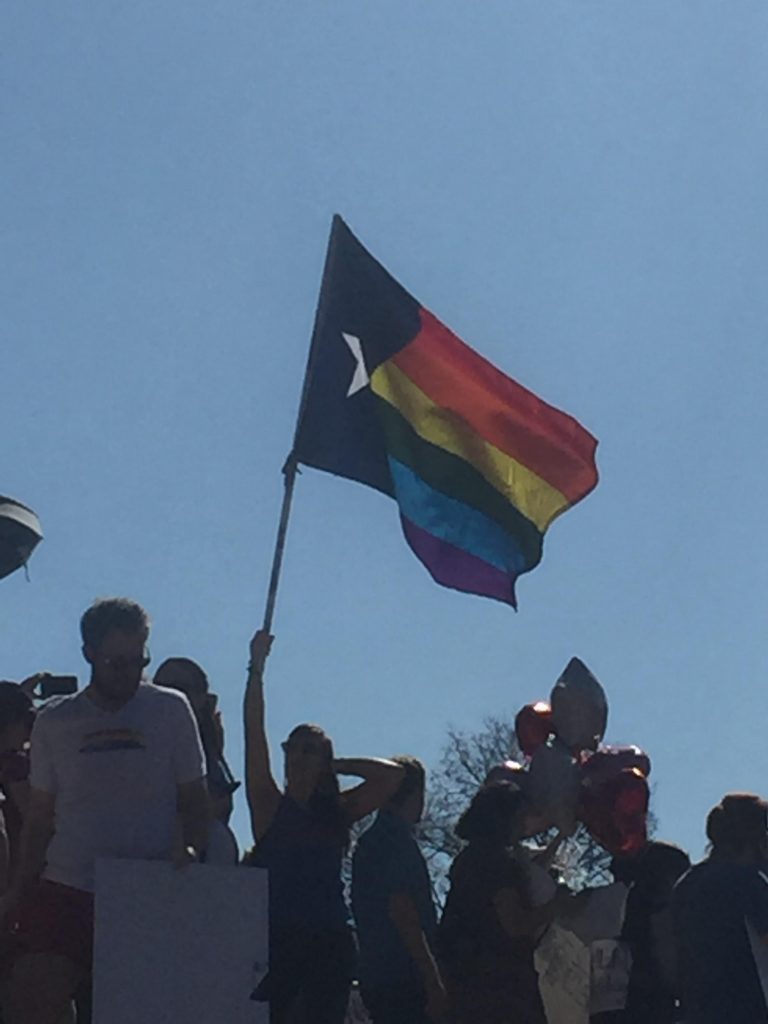 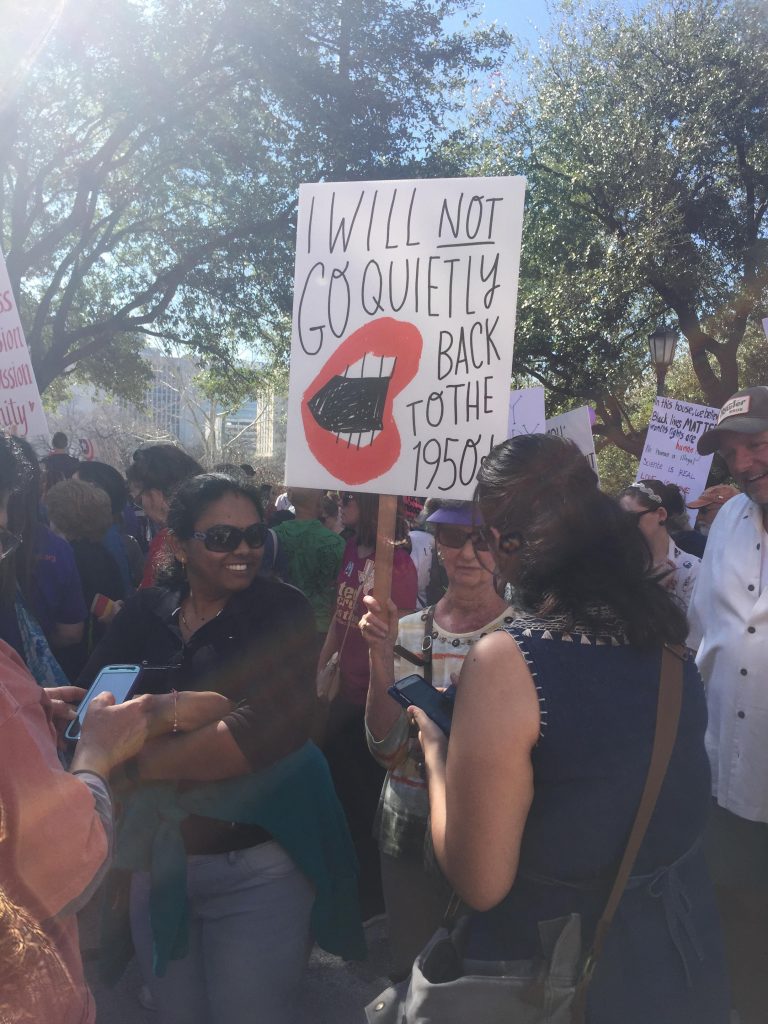 The future is scary and with Trump in the most powerful political position in our country, literally no one can predict what will happen next but this protest showed that it is the people that are willing to fight for their morals that will truly lead the country.

In the words of fellow feminist and Texan, Beyoncé, “Who run the world? Girls” 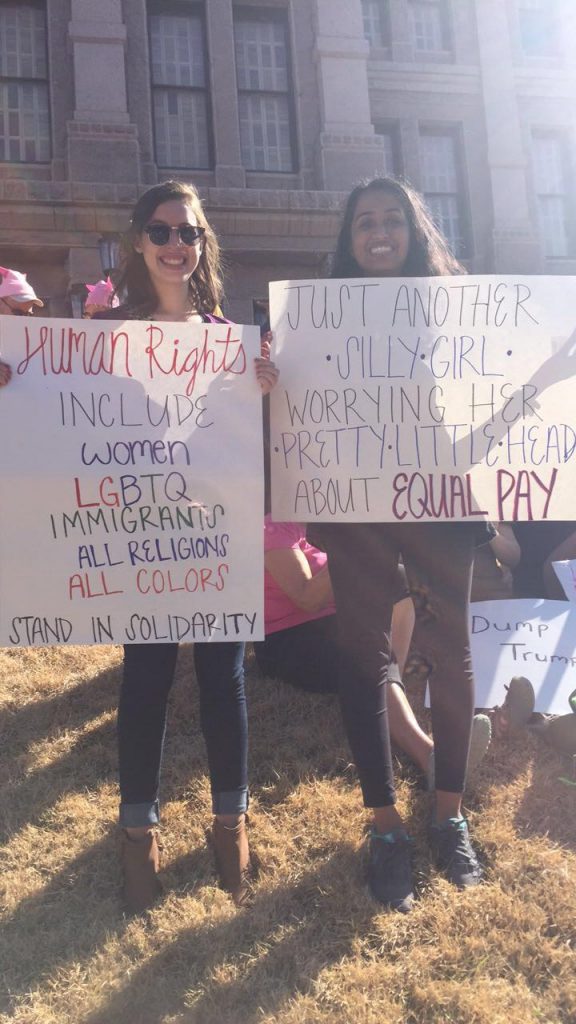 Amazing signs thanks to my equally amazing friend Tatum