A White Lives Matter rally clashed with people attending the ceremony for the Texas African American History Memorial at the Capitol in Austin, Texas this morning at 10am.

Apparently the rally was organized by the Aryan Renaissance Society. They chose to rally on the day the monument was revealed claiming equality laws are not equally applied to all races.

Thousands have gathered to counter-protest the White Lives Matter rally. The protest has been going on for over two hours. 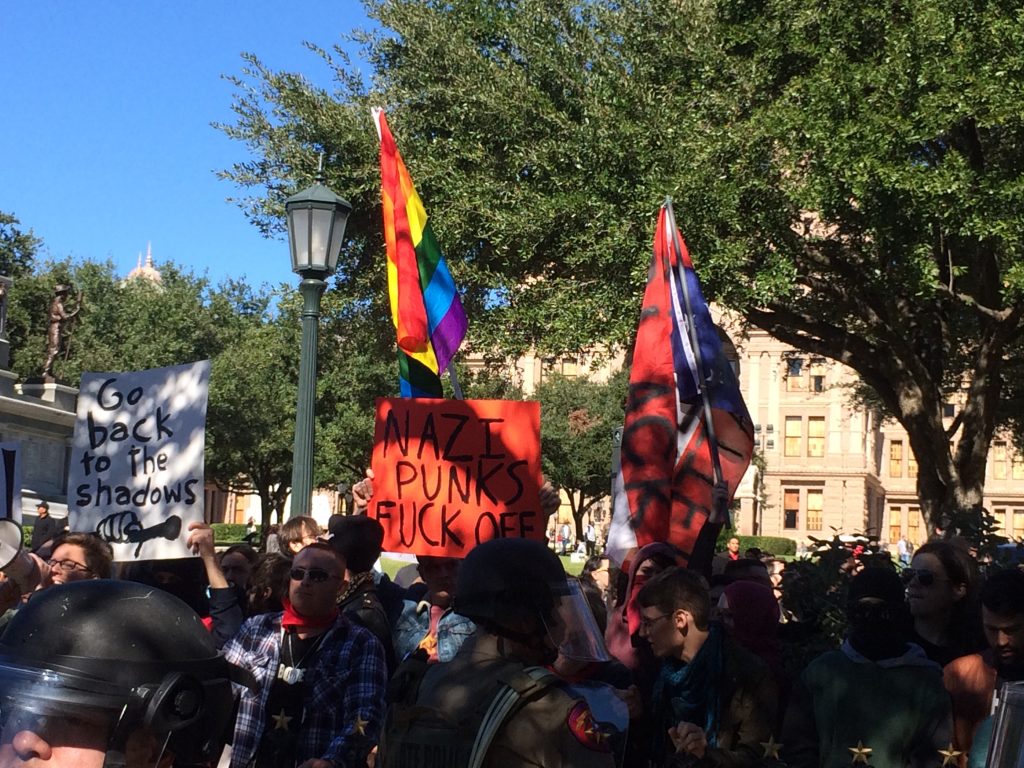 Sam Hyde, a member of the White Lives Matter rally told The Tab, “I don’t think I should be called a Nazi for thinking I should have the same rights as anyone else.” 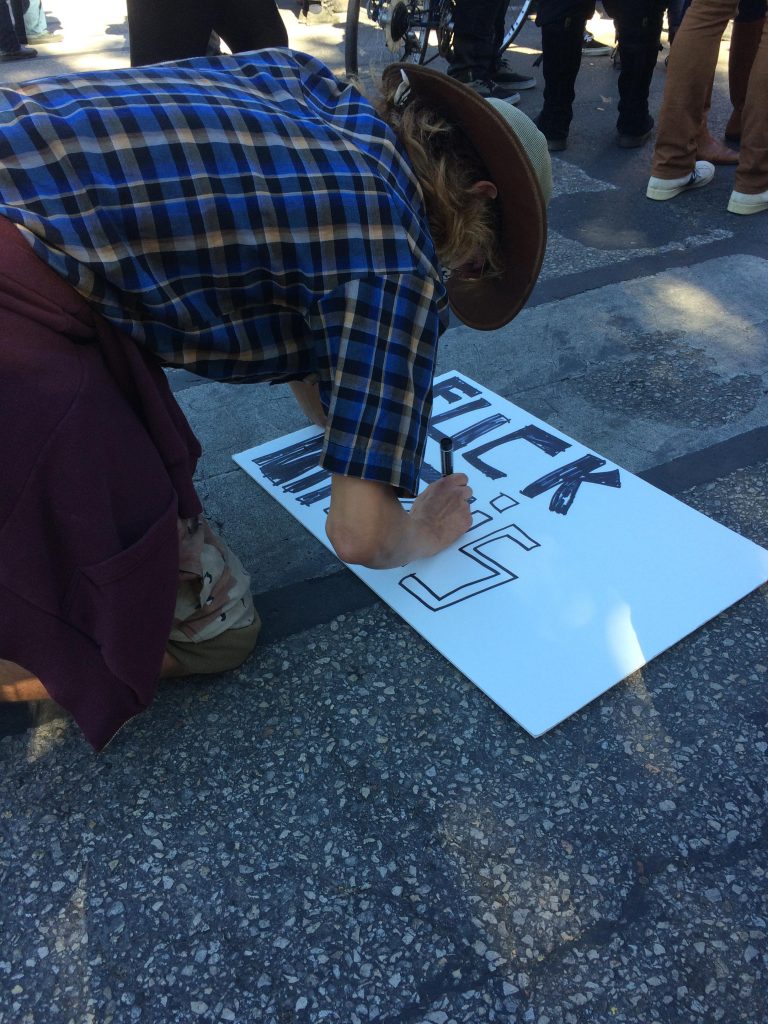 In a video, one of the White Lives Matter members says they are against the way hate crime laws are applied, saying “The vast majority of interracial crimes are submitted against white people.”

Many of them are wearing “Make America Great Again” hats. In a video people can be heard chanting “Slavery, genocide and war. Five, six, seven, eight, America was never great” over them.

A member of the anti-fascist community, Adam, said the election gave people the idea that oppression, patriarchy is OK again, and that their goal is to protect people.

“For every fascist that wants to come back into public space we’re gonna show them there are 1000 of us for every one of them. Their way of seeing things is dead and outdated. We will protect people of color, LGBT. This isn’t their country. And we’ll do everything we can to show them that.”

Police have formed a perimeter around a guy in a Trump hat and a megaphone attempting to speak to a crowd. The counter-protesters are using whistles and screaming “Racists go home” to drown him out. 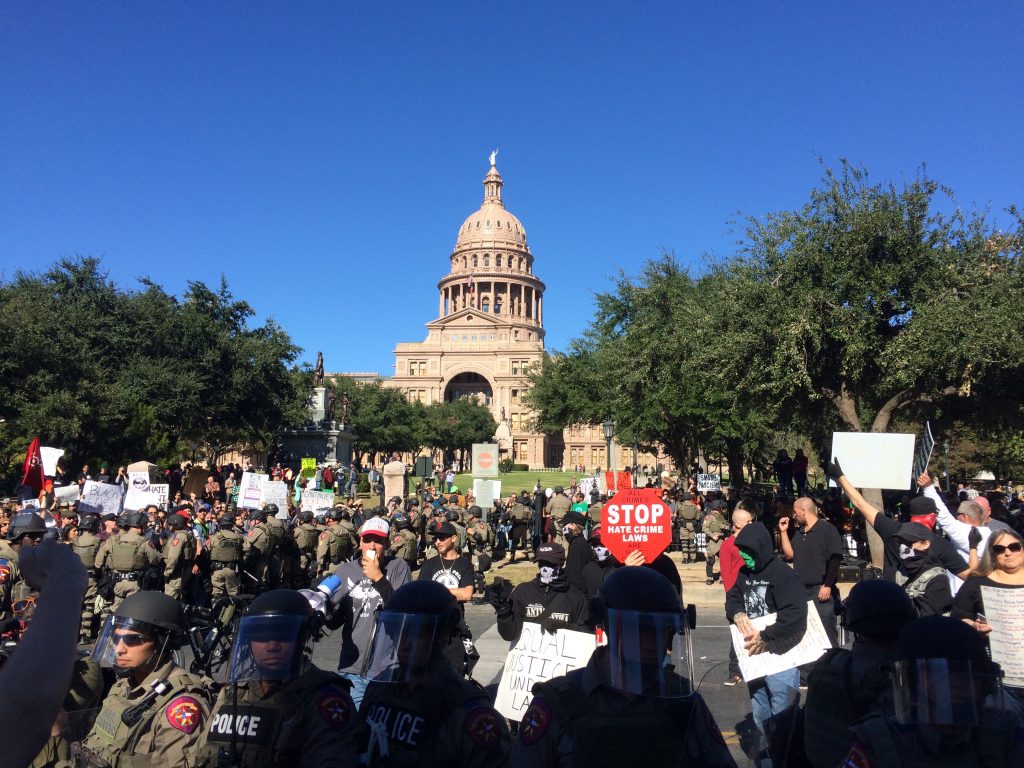 Members of the White Lives Matter rally are screaming “Who do you protect?” while counter-protesters chant “Say it loud say it clear white supremacy’s end is near,” back to them.

Over a thousand people are currently gathered at the Capitol, while police try and contain the area. Some of the protesters have now been arrested.

The White Lives Matter members are shouting, “Thank you american degenerates and anarchists for showing up today. We love this city.”