Politics ruined my relationship with my dad

My dad hasn’t talked to me since election night

All my life, my father and I have rarely seen eye-to-eye with each other’s perspectives.

My dad grew up in India in a setting where children were taught to not argue with their parents at all, regardless of their flawed perspectives on social issues. Growing up in America, however, I have learned the importance of voicing your opinions to whoever you please.

Maybe that’s why we clash so much — we grew up in completely different social settings. In India (especially village-type settings) where men play the dominating roles, women are taught to keep their opinions to themselves. I’ve always been outspoken and I know that my dad hates that because he isn’t used to that sort of response, especially from his daughter.

I was never interested in politics prior to college, so I never participated in family conversations revolving around them. After I began attending UT and realized the importance of being politically aware, I began to take matters into my own hands by researching national issues. I attended public forums that UT offered, and have intellectual conversations with friends and acquaintances.

My dad, on the other hand, is a very stubborn man and holds the mindset that whatever he believes is correct and no one else can change his mind. Rather than researching social issues, he just asks one person that he holds to a high standard and takes on the perspective of that person. His approach to many issues continues to baffle me. 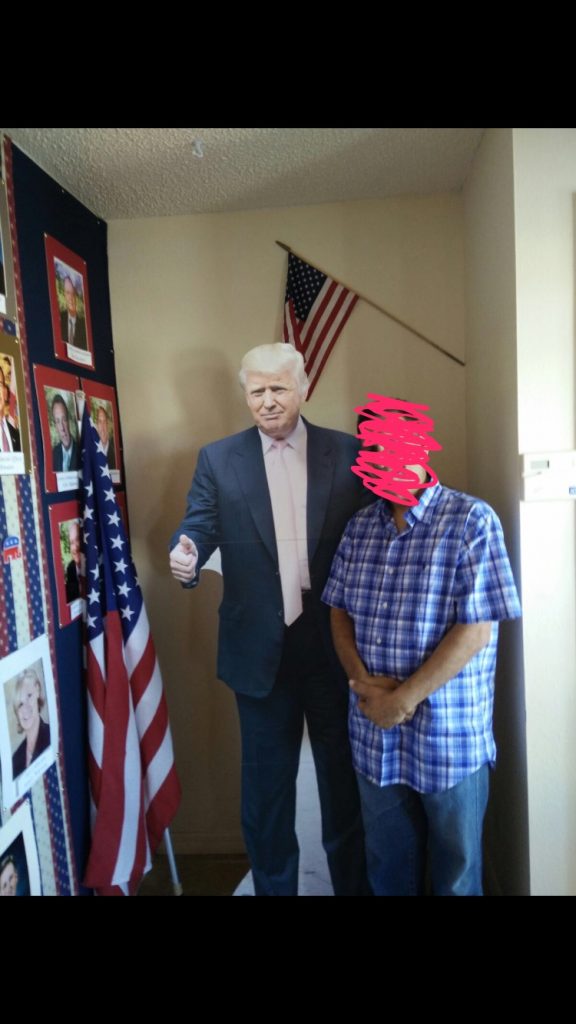 The recent presidential election caused a further drift in our already strenuous relationship. It was a house divided — my father was a Trump supporter, and I supported Clinton.

The months leading up to the presidential election were…not the best. My dad didn’t think I was smart enough to “keep up with politics.” I was 19, young and new to college so he never took anything I said seriously, even though I had factual evidence to back up my opinions. I would ask him why he didn’t want Hillary Clinton to become president, and his responses always bewildered me and most of the time reverted back to her email scandal.

What my father failed to understand — especially prior to the election — was how truly terrifying this election is, particularly for minority groups.

I have friends whose religious parents are telling them to not wear hijabs because they’re afraid they won’t see their child again, and friends who are afraid to reveal their sexuality because they’re scared that someone is going to assault them. The issues regarding race, religion, sexuality, and all else are not things to be taken lightly.  However, these are issues that many Trump supporters fail to acknowledge because in all honesty it doesn’t affect them.

After Trump won the presidential election, my dad called me on the phone while wildly cheering. He was calling me to remind me why Hillary Clinton was not suited to be president, and how Trump will “Make America Great Again.” I told him that I was upset that Trump won, and how it exposed that this country does not believe in equal rights.

Rather than listening to what more I had to say, my dad interrupted me and told me how he was “disappointed in me,” and that he hopes that I raise my child better than he raised his.

All I have to say to that is: I hope I do raise my child better than he raised me because hopefully they can actually hold an intellectual conversation with their parent.