The Young Conservatives of Texas at UT Austin sparked a massive protest on Wednesday with an affirmative action bake sale. The group encouraged students to “buy a cookie from us and talk about the disastrous policy that is affirmative action.”

The group sold cookies based on a tiered pricing system based on race, the items and prices were listed on the bake sale sign. 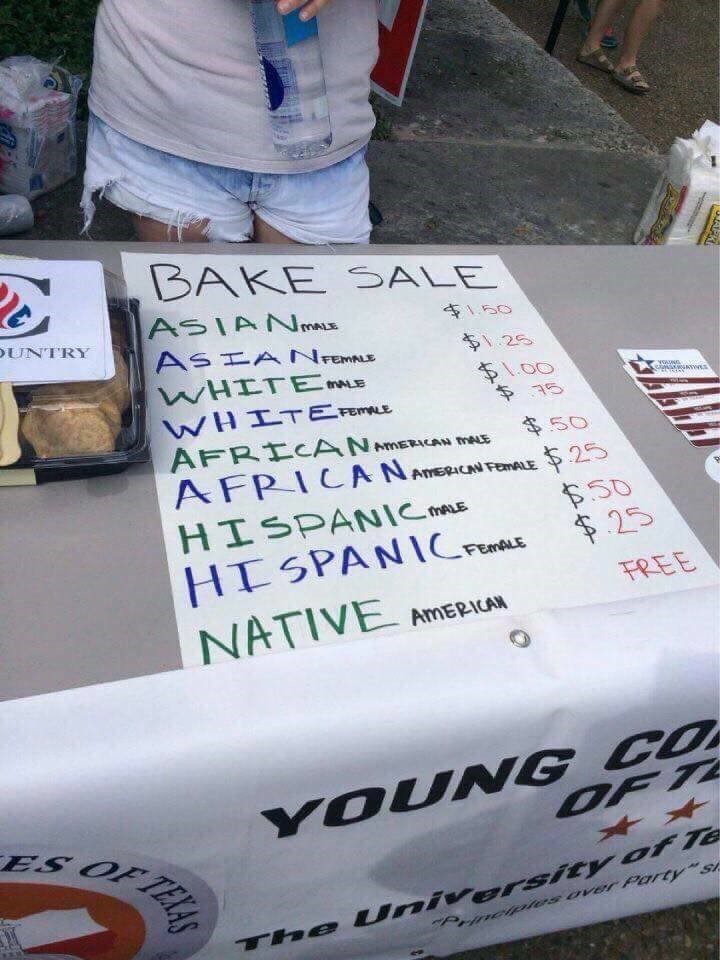 This event created massive controversy as it literally assigned prices to students based on their gender and ethnicity.

One student organization, the Health and Society Collective, held a discussion during their general meeting to talk about why this bake sale (and the mentality behind it) needs to be erased. 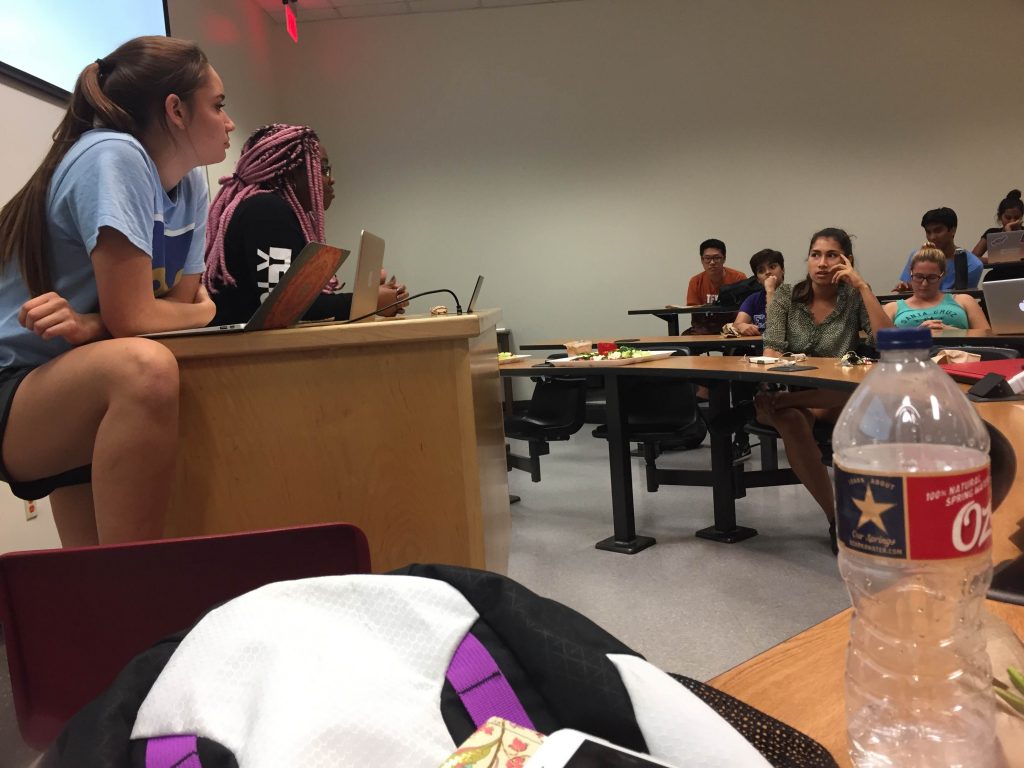 Zoe Njemanze, Secretary of the Health and Society Collective, says, “It was interesting to see all races and genders gather against such a heinous act. I am also incredibly insulted that my intelligence is being questioned. However, I was both honored and proud to be amongst other students who not only believed I should attend UT, but were willing to fight for their right to attend as well. It’s important that the message isn’t lost. We need to organize and discuss these issues maturely.”

Brandy Reeves, the Public Relation Director and officer for the Black Student Alliance, agrees saying, “We need to have an open forum concerning these issues. Communicating is the only way we can get rid of stereotypes and misinformation.”

Sonia Wright, the Vice President of the organization, also agrees saying ,“I attended the event for an hour and a half this evening having the conversation with all walks of life and from an array of races, and what I took away is that we need more representation from White Americans, Asians and for their voice to be more active and prominent because in order for us to make a consensus about affirmative action, there needs to be a voice for every race. “