They were protesting affirmative action

The UT chapter of Young Conservatives group are being accused of racism after holding a bake sale to protest against affirmative action.

The group have been surrounded by angry students after posing with a sign for a bake sale where they price their produce by the “race” of the baked goods.

@latinarebels UT at Austin always give racist organizations a slap on the wrist. Help me & the thousands of students who are tired of it pic.twitter.com/AO98QTVla0

In the live stream, one of the young conservatives said: “As an organization we don’t believe in affirmative action because we believe that the constitution is color blind, and everyone should be treated equally regardless of race, gender, orientation, whatnot.

“Everyone should be based off of merits when applying to any university, and that’s pretty much the premise here.

“What we did here is make like an irony of a real life situation.” 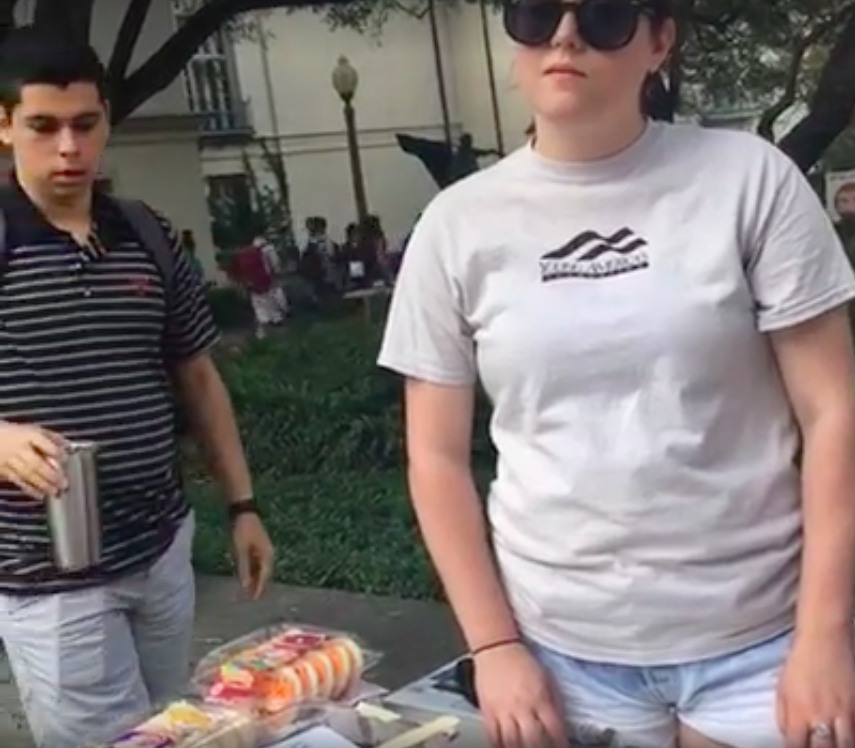 The sign put forward by the group Young Conservatives of Texas priced their baked good dependent on their race and gender.

Come to the West Mall to buy a cookie from us and talk about the disastrous policy that is affirmative action ??

Students protesting against the stall started cheering: “Hey hey, ho ho, this racist org has got to go.”

The students surrounding the group reacted with anger and some people said: “Do you research before you sell dumb cookies…pack up your shit and go home” 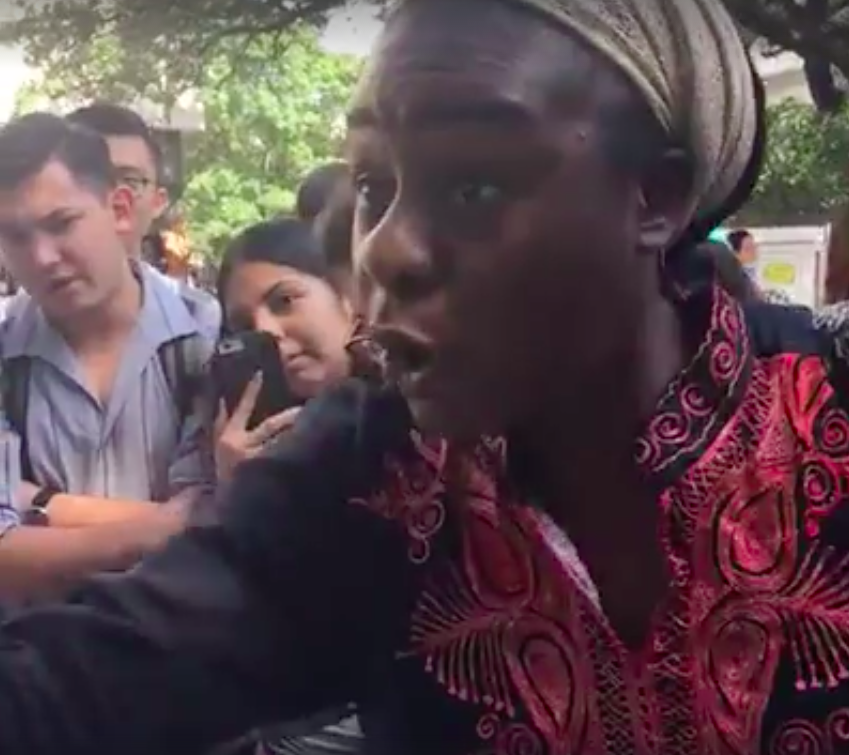 Patricia, a fourth year Mexican American studies major, told The Tab: “Honestly, it’s frustrating. They had the audacity to put prices on people depending on their ethnicity, and they made Native Americans free.

“There’s such a long history of oppression and sexual violence against people of color that this blows my mind.

“And I get it. Everyone is entitled to their opinions, but when someone presents their feelings in this way, it tells me so much about how they feel about me and what they think of me.

“I’m Latina by the way, and this isn’t the first time something like this has happened on campus.”

This isn’t the first time Young Conservative bake sales have missed the mark. In 2013 they held a similar event, which was branded “inflammatory and demeaning” by the Vice President for Diversity and Community Engagement.