‘Don’t get lost in semantics’: We spoke to the chair of UT Austin’s BSA

They held a ‘die-in’ on Friday

Members of the Black Student Alliance at UT Austin held a “die-in” to support the BLM movement. BSA members laid down in front of the UT Tower in the Main Mall and allies of BLM held signs in support along the stairs.

We spoke to Kayla Eboreime, the Political Chair of the BSA, and find out more:

Why was the protest needed?

Protests are necessary because they are the human demonstration of frustration felt by many. The last few months it feels like there has been so much loss of innocent black lives and disregard of black students on college campuses. We are fed up and wanted to show the University of Texas at Austin that we are here and that we stand in solidarity with black people across the nation. 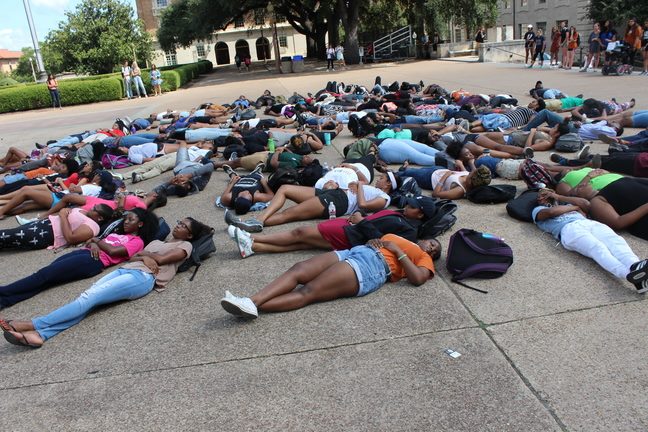 What does BLM mean to you?

The sun beat down heavily on my face, as I laid on the hot ground underneath the tower. I could  imagine myself in the position of the murdered people the “die-in” is named after. It was a very moving and powerful experience. A man rudely yelled out at us that we should have brought yoga mats because it would have made us more comfortable. A girl quickly exclaimed “Death is not comfortable”. The very fact that innocent black people are slaughtered in the streets is infuriating and being uncomfortable is worth illustrating my frustration outside under the smoldering Texas sun. 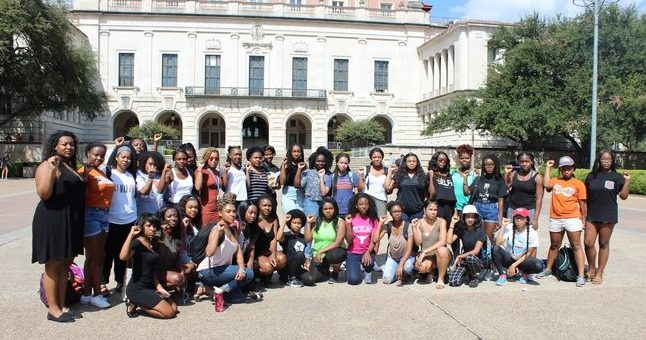 What did you want to convey to the public?

We wanted to bring awareness to the public. I think for non-black people to see black tragedy on the news is very impersonal. To see black longhorns on the ground under the tower is provocative and hits closer to home. Hopefully we inspired people to understand the issues and use their opportunity to be an ally to the Black community. 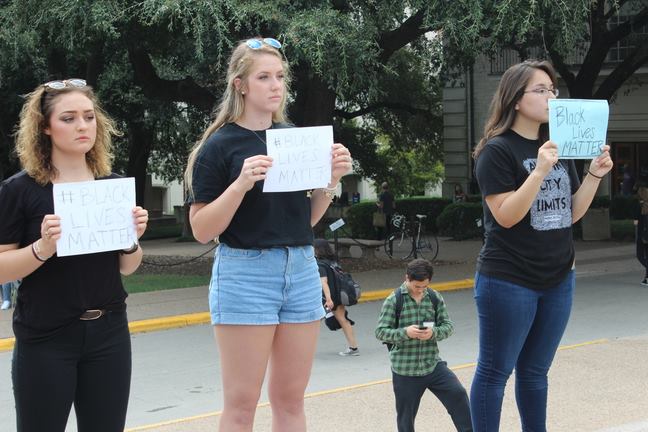 Why choose a silent protest?

The silence was to respect the moment and mourn the lost lives. 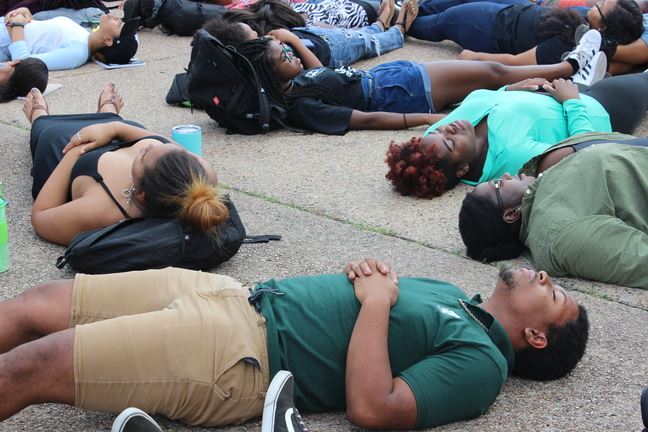 How would BLM counter the “All Lives Matter” rhetoric that’s popular in the US?

Everyone’s life definitely matters, but it doesn’t feel like Black lives matter to some people in this country. Therefore, we must emphasize the fact that Black lives matter until everyone is being treated equally. Don’t get lost in semantics.