Every trend I wish would stop at UT this year

Going to a school where there is over 50,000 students you get to see interesting things all the time.

Whether it’s a random unicyclist performing in the middle of campus or students chasing the “lucky” Albino squirrel so they can pass their exams, there are some things that you see/hear everyday and after a while, they can get pretty annoying.

There are a few things that I see all the time on campus, and whether it’s something that I see or hear, I feel the need to express my irritation.

The Harambe jokes have got to stop.

I don’t understand at all why people integrate Harambe references into their everyday lives. Whether it’s a hashtag, a t-shirt, a meme, whatever the references, it’s annoying.

In May 2016, when Harambe was shot, an emotional outcry emerged from the younger, more pacifistic generation. There was a heart-rending attachment to the gorilla because he was just an animal that was shot to death.

It seems disrespectful to mock Harambe’s death, especially after Cincinnati Zoo was given a lot of shit for having shot the gorilla. Whether or not that’s people’s intentions to mock the death of Harambe, that’s how it is being perceived.

I think it’s great that people want to keep Harambe’s memory alive, but there’s a respectful way to approach that. Wearing shirts that say “Harambe is Bae” or sharing memes isn’t respecting the life of Harambe, it’s mockery.

Fanny packs should stay away

It’s like a mama Kangaroo pouch for humans. Does it make a fashion statement? I’m not really sure. Does it look good on people other than 30-year-old fathers at Disney World? No, but to be honest it’s great for holding beers when you don’t want to get a ticket for violating Texas’ “open container” law.

I wear oversized t-shirts all the time around campus. Why? They are so damn comfortable. I love how oversized shirts are loose-fitting because I don’t feel as self-conscious about my appearance as I would if I was wearing a tighter t-shirt. People always have something to say about girls wearing big T’s, such as “why is it even a trend?”.

It’s a “trend” because girls want to be comfortable walking to and from class in this Texas heat.  I don’t judge you for wearing what you’re wearing on a daily basis, so don’t judge me for being comfortable.

Critics of this dress sense will call it “basic” and “unoriginal.” Who cares? I shouldn’t have to feel self-conscious about someone’s opinion on what I wear. At the end of the day, all college students want is to be comfortable, so just let us live. 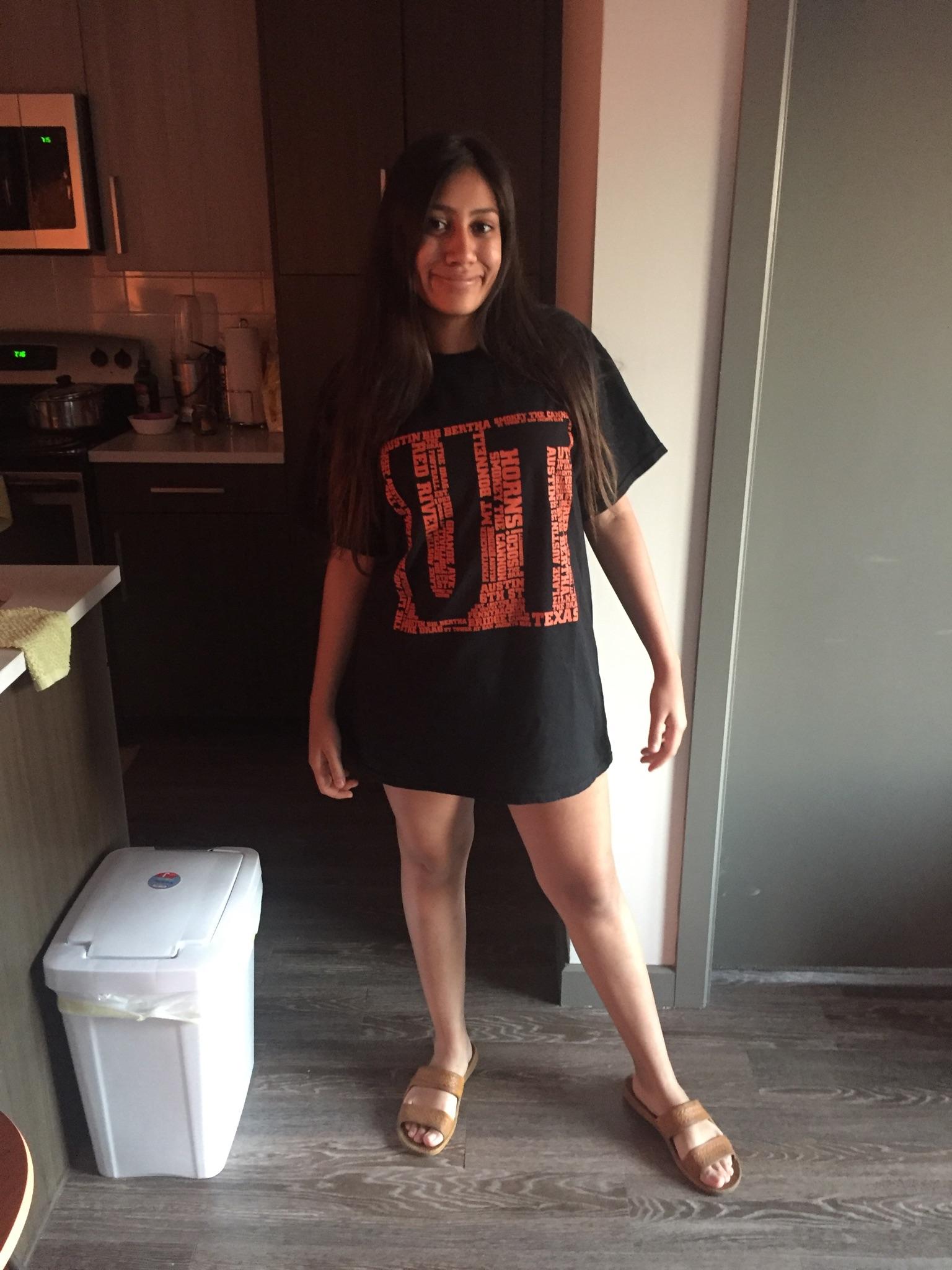 All around campus you see people wearing brand name shoes, like Nike, Birkenstock, or Adidas. While it’s great that students are wearing their favorite brands, it isn’t necessary to complete your outfit.

I don’t want to spend money on shoes that I could get from somewhere else at a much cheaper price. I’ve had people judge my fake Birkenstocks and say “those aren’t real Birkenstocks”. Well obviously they aren’t real, but why am I being judged for not buying real Birkenstocks? Can you hop off? I didn’t want to pay for shoes that look exactly the same as my knock-offs. As long as the outfit I’m trying to put together works, IDGAF.

Saying everything should be “great again”

Yes, let’s humor ourselves by applying Donald Trump’s famous campaign line to everything we can think of. “Make UT football great again”, or  “Make [insert frat/sorority name] great again”. Ugh, can we stop supporting Donald Trump by constantly using his line? It’s annoying, and while it may be funny every once in a while, it isn’t when you overuse it.