The Texas heat made the scene a mirage, an energized rally building into a great procession. I moved into the crowd, pushed against bodies, caught glimpses of students juggling assorted plastic cocks, their faces tight in concentration.

At the heart of the crowd, a white tent was erected in the center of the throng of people, a refuge for those slightly shocked and taken aback to all the action that was happening around them. 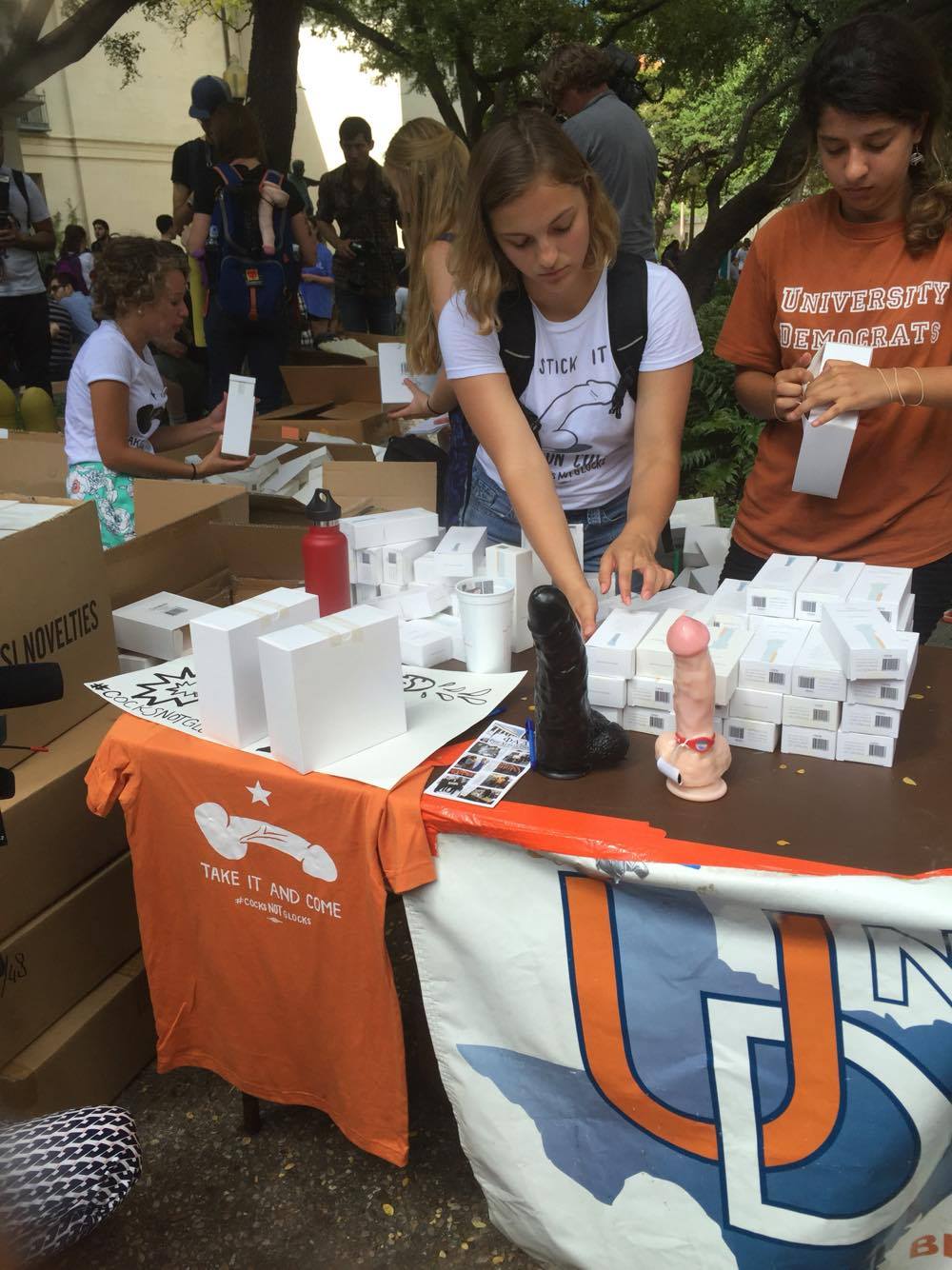 At the tent, was a table stacked high with vibrators jointly dubbed “The Frenchman,” guaranteed to help users become “delightfully fluent in his native tongue.” 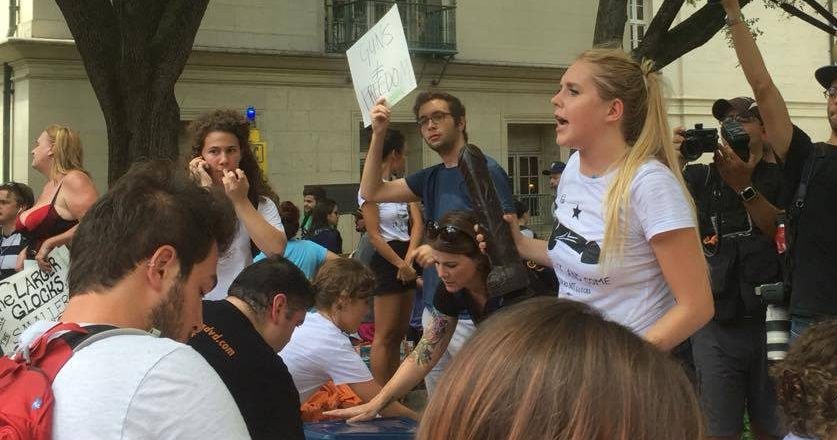 Undeniably controversial, Cocks Not Glocks has made the campus braver, instigating conversation on a topic most people are uncomfortable about publicly discussing. The discourse isn’t worrying, but, a battle of words is without a doubt safer than a battle of bullets.

In an environment where drugs, alcohol, hot tempers, and hormones fester in the stirring pot of college, the product isn’t akin to one of sugar, spice, and everything nice.

College is a period of conflict, a time when a person’s core beliefs are destroyed to undergo reconstruction with the assistance of increasing openness, growth, and independent revelations. 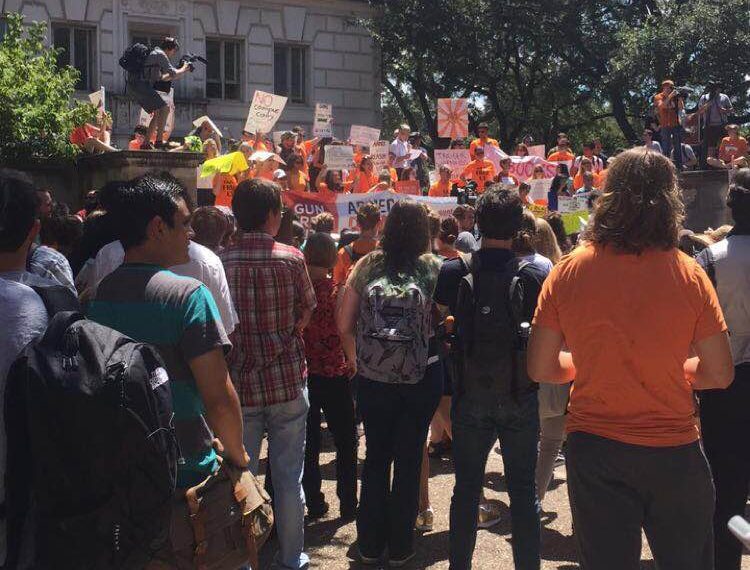 Cocks Not Glocks begs students to consider the problem: what is scarier, challenging social convention or a loaded threat that could go off at any second? 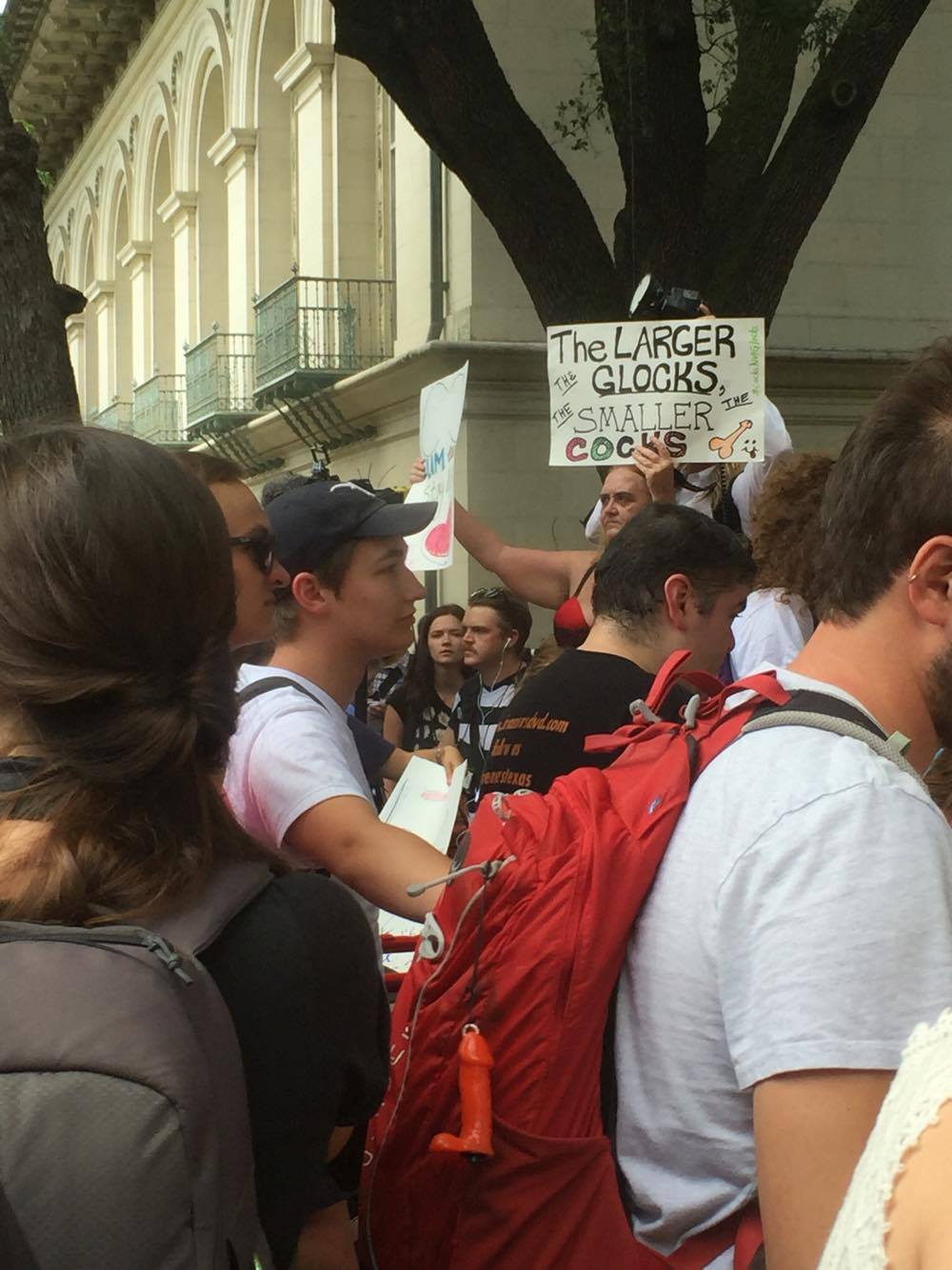 We are UT, and we demand to be heard. Cocks Not Glocks has empowered students with a voice.