The complexities of the piece were well fit for the musicians

It would be an understatement even to say Beetoven's 9th is an important piece in the world of classical music if not a cornerstone. Therefore, to say the Thornton Sympony had a successful evening is an achievement in and of itself.

The piece, which for most orchestras last approximately 70 minutes, includes four movements each chock-full of technical phrasing and intricate passages as only Beethoven could compose. The history of the symphony is remarkable, as Beethoven was deaf by the time he composed his 9th.

Nonetheless, as debatably the best conservatory level music program on the west coast, and one of the best collegiate orchestras at that, the challenges of the piece were well fit for the musicians under conductor Carl St. Clair's leadership.

While the technicality of the piece was of little concern to the musicians, the detail of performance and musicality was. It is one thing to play a musical work, it is another to perform a piece. Carl St. Clair, like most top music directors and conductors, will emphasize shaping of the musical passages, and understanding of the artists background. The musicians did not completely fail at giving feeling and musicality to the work, they simply under emphasized it.

It really came down to detail, as the mechanism of the orchestra was functioning at capacity, but the fine tuning, the musicianship and the finesse in understanding as required from such detailed composers as Beethoven was largely lacking.

What can be said, however, to the orchestras benefit of doubt, is the Bovard Auditorium itself serves little good faith to the efforts of the Thornton musicians. While the auditorium at an unnamed place of (higher) learning across town, Royce Hall, serves as a common venue for recordings and prominent classical concerts, Bovard is hardly even fit for the acoustical challenges of a Wiggles concert.

The naive audience did not help much for the performance's sake either. The dark concert hall, just steps from longboards to the sandal clad daytime population of USC, can seem like a foreign parallel universe to most in sunny Southern California. Applause between movements occurred for all except the first transition and talking during the performance was also common.

The orchestra's transitions between the four movements in terms of seating arrangements and vocalists also served to be one of the most awkward stage arrangements/transition periods I had seen in awhile. 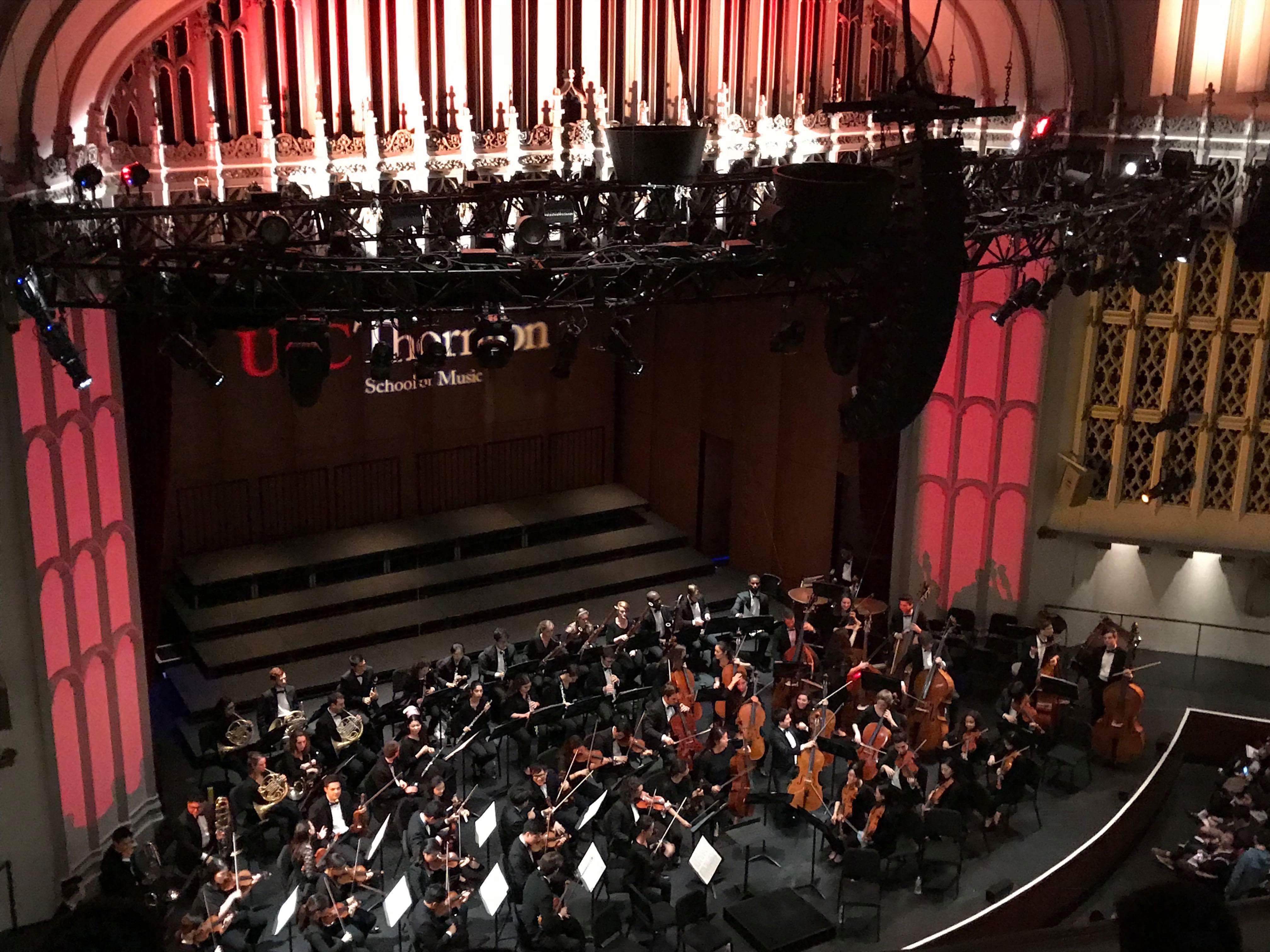 At the end of the evening, the audience walked away convinced they had just experienced another heirloom performance by student musicians top in their class. As did I. There was no doubt that the technical tenacity was ever-present – the caliber expected of student musicians even at the highest ranks is always largely exceeded by the Thornton Symphony.

The understanding, the art of performance so to speak, as opposed to the playing was still in need of polish on the otherwise rare gem we, as members of the USC community, get to enjoy performance after performance.