Starting quarterback in the 2017 football season, Sam Darnold, and his backup, Jack Sears, both have million dollar arms and suit up in USC cardinal and gold each game. But they have another thing in common: they both hail from San Clemente High School.

The large 3,000-student high school in Orange County, California isn't known to be a football powerhouse. It's often overshadowed by other teams nearby, including La Habra HS and Mission Viejo HS. Nonetheless, with the help of Darnold, Sears, and the QB scouts at USC, the San Clemente HS football team has made a name for themselves.

In 2013, the San Clemente Tritons had a dismal 2-8 record. Since then, they have only had a combined 10 losses. They've also been to the CIF playoffs all 4 years since 2013, reaching the championship game 3 times, winning once in 2016. The same year, they were D-1A State Champs.

"We've been blessed with some amazing student athletes," the Triton's head coach, Jaime Ortiz, said. "And a coaching staff who works not only to win football games, but also help build young men." 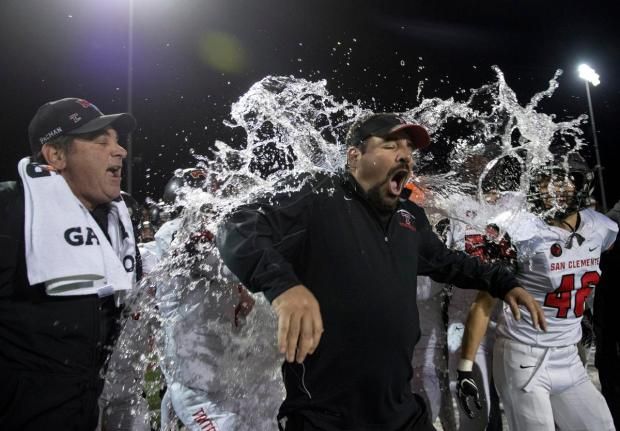 Coach Ortiz's team has sent many players from San Clemente to play at the collegiate level. Arguably, the most notable players from his school to move on were Darnold and Sears, both heavily recruited QBs who chose to play for the Trojans.

The relationship between Coach Ortiz and the then OC/QB coach at USC, Clay Helton, started during Darnold's recruitment process. Ortiz's relationship with now head coach Helton, has flourished ever since.

"He is always just a phone call away," Ortiz said.

That relationship may have helped Sears follow in the footsteps of his former teammate. Sears' on field abilities speak for themselves, but Coach Ortiz's already established relationship with Helton certainly gave the QB a boost in his recruitment process.

Formerly known as just a surfer school, San Clemente is now the high school all the local players want to be able to take the field at. Darnold and Sears are what Ortiz would call, "hometown heroes."

San Clemente has cemented its legacy as a QB hub for Trojan football and will possibly become a QB hub for the NFL. Darnold is likely to be a top-5 NFL Draft pick and Sears is currently in the running for the starting 2018 QB position for the Trojans. Speaking of which, Ortiz has complete confidence that Sears will start for the 2018 season.

"Jack is a winner," Ortiz said. "He is one of the most athletic players I've ever been around and you can expect big things from him next season."

The story doesn't end with Sears; San Clemente has another QB, Brendan Costello, who could make his way to USC in the near future. Costello just completed his junior season, finishing with over 2,000 passing yards, 23 touchdowns, and only 2 interceptions. At 6'1", 190 lbs, he is the size of a coveted D1 athlete.

In fact, last season, Costello visited the Stanford football team. Coach Ortiz has clarified that he does not have any offers yet, but that he is on the radar of many schools. USC QB Coach Bryan Ellis visited San Clemente and Costello in January and is "keeping a close eye on Brendan," per Coach Ortiz. 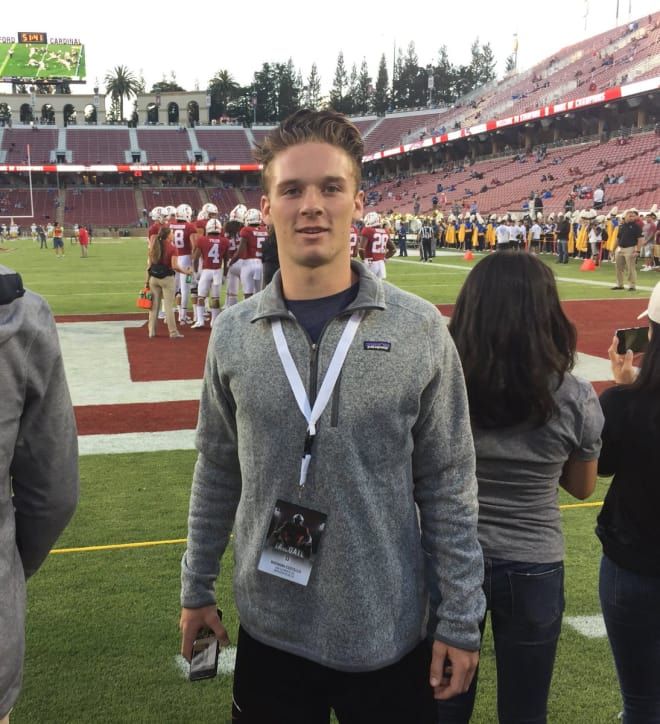 The transformation of San Clemente's football program since 2013 has been nothing short of phenomenal. The school has built its reputation as a factory for Trojan QBs, and this trend may continue with San Clemente's newest star, Costello.

But as long as Coach Ortiz is there and Coach Helton is here, who knows what type of talent will follow in the footsteps of their hometown heroes.