Prediction: Jack Sears will be the starting QB for the 2018 season

Three players are currently in the running

With Sam Darnold off to bigger and better things, USC football is left with a difficult decision to make for the 2018 season; who will be the starting quarterback?

We will have a QB competition this summer for the USC Trojans! Good Luck to Matt Funk Jack Sears & JT Daniels#FightOn

Matt Fink, Jack Sears, and JT Daniels are all in line for the job and are capable of starting. It's just a matter of who sets themselves apart in the spring and fall camps.

Here is an analysis of each of the candidates' strengths and weaknesses:

Fink is the oldest of the QB's fighting for the job. He is 6'3 and weighs 190 pounds. He comes from Glendora High School, where he threw for over 4,000 yards and 37 touchdowns in his three years as a varsity starter.

He served as Darnold's backup this past season, playing in three games and going 6-for-9 for 43 yards. Sources say he knows the playbook very well and is great at throwing the short ball. He is a dual threat quarterback and has a great initial burst when it comes to running, however, he is the slowest of the three quarterbacks.

Although he knows the playbook exceedingly well, he is still hesitant throwing the ball, especially deep. His knowledge of the offense and his dual-threat capabilities give him the opportunity to start, given that he improves on his throwing during the offseason. 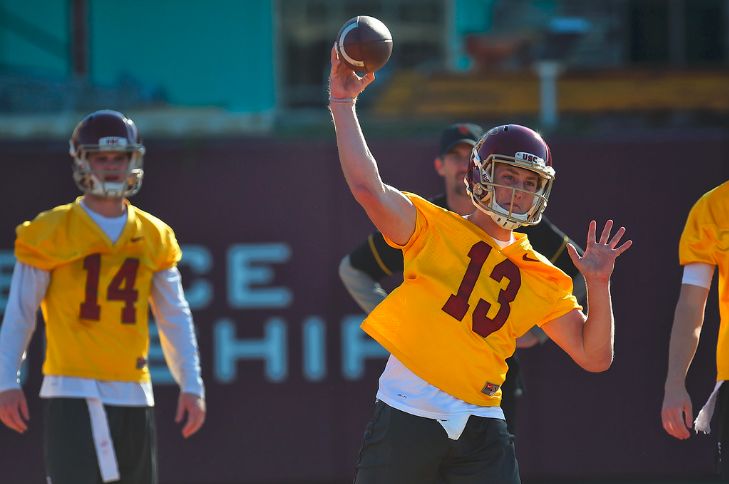 Next is Sears. He also hails from Sam Darnold's alma mater in San Clemente. Sears stands at 6'3, 200 pounds. He threw for over 5,500 yards and rushed for over 2,200 yards while totaling 95 touchdowns at his time is San Clemente.

He is by far more athletic than Fink and throws a better deep ball, however, it is said that he has trouble understanding the playbook and has poor decision making at times.

Despite this, he has been considered a student of the game, spending countless hours in the weight and film rooms. On talent alone, he could easily start for USC, but his insufficient decision making may hold him back.

It is clear that Clay Helton will take raw talent over shaky judgment, though (see: Sam Darnold). 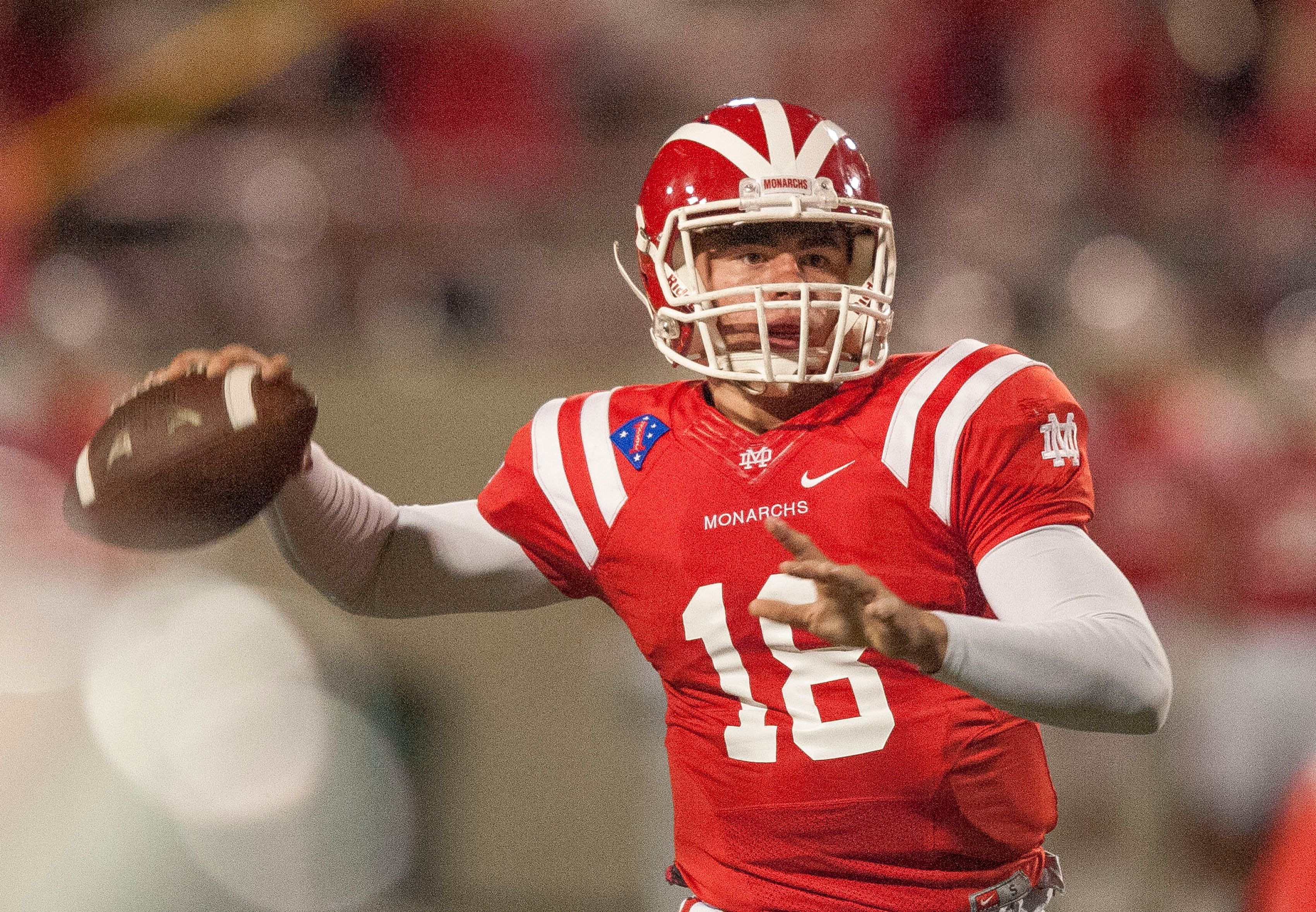 Daniels comes in as a true freshman from after a highly successful stint at Mater Dei. The Gatorade Player of the Year is 6'2 and weighs 210 pounds. At his three years at Mater Dei, he threw for a jaw-dropping 12,014 yards and 152 touchdowns.

He is the best QB fighting for the job; he is the most accurate, has the ability to move inside and outside the pocket to extend plays, and can also run the ball relatively well. The only downside is that he will come in during fall camp, giving him limited time to work with the playbook and build chemistry with the rest of the team.

Although he has all the tools to translate his success from high school to the collegiate level, he will be far behind Fink and Sears in terms of familiarity with the team and offense.

So, who becomes the starting quarterback for the Trojans in 2018? In my humble opinion, Jack Sears is our man this year.

He can throw exceptionally well, but his running ability is what sets him apart from Daniels and Fink. He's a great compliment to Stephen Carr and adds a dangerous aspect to the QB option.

Although he has poor decision making at times, Clay Helton clearly isn't afraid to work with this (remember Sam's three straight games with two interceptions to start the season?). Nonetheless, if Sears doesn't play up to par, I could easily see JT Daniels move into the starting role, given that he would have become much more familiar with the team by that point. Sorry Matt.

Jack Sears vs J.T Daniels about to be LIT

Regardless of who the starting QB is, the Trojans have a lot to build off of after last year's disappointing end. With the return of many star players and a great recruiting class, we have what it takes to fulfill our dream of reaching the College Football Playoff. But choosing the right QB from the beginning of the year will play a significant role in the outcome of the season.