An inside look at Thanksgiving dinner at the Nikias House

Many students were more than excited to hop on planes, trains and automobiles to go home for Thanksgiving; however, some students chose to stay on campus. They often either live too far away, or just don't want to deal with their relatives arguing about Trump, or worse, asking why they don’t have a boyfriend or their future mapped out yet.

But they need not worry, every year good ol’ daddy Nikias hosts a Thanksgiving extravaganza at his home in San Marino, Calif.

“It just didn't make financial sense for me to go home for Thanksgiving, and last year I went to Nikias' house and everyone was super welcoming and the food was great,” Christine Politte said.

“I decided to go because I knew I wasn't gonna be able to go to back home to Boston and I'm never one to turn down free food,” Dan Toomey said.

Students took buses to the Nikias residence and were greeted at the door by the President and the First Lady themselves. Students had mixed first impressions.

“His house was nice! Not ostentatious or anything, but just a pretty normal wealthy-person house,” Toomey said.

Others thought it was too much.

“The first time I saw it, the house just seemed excessively fancy. It's very nice, but it just seems kind of unnecessary,” Politte said. 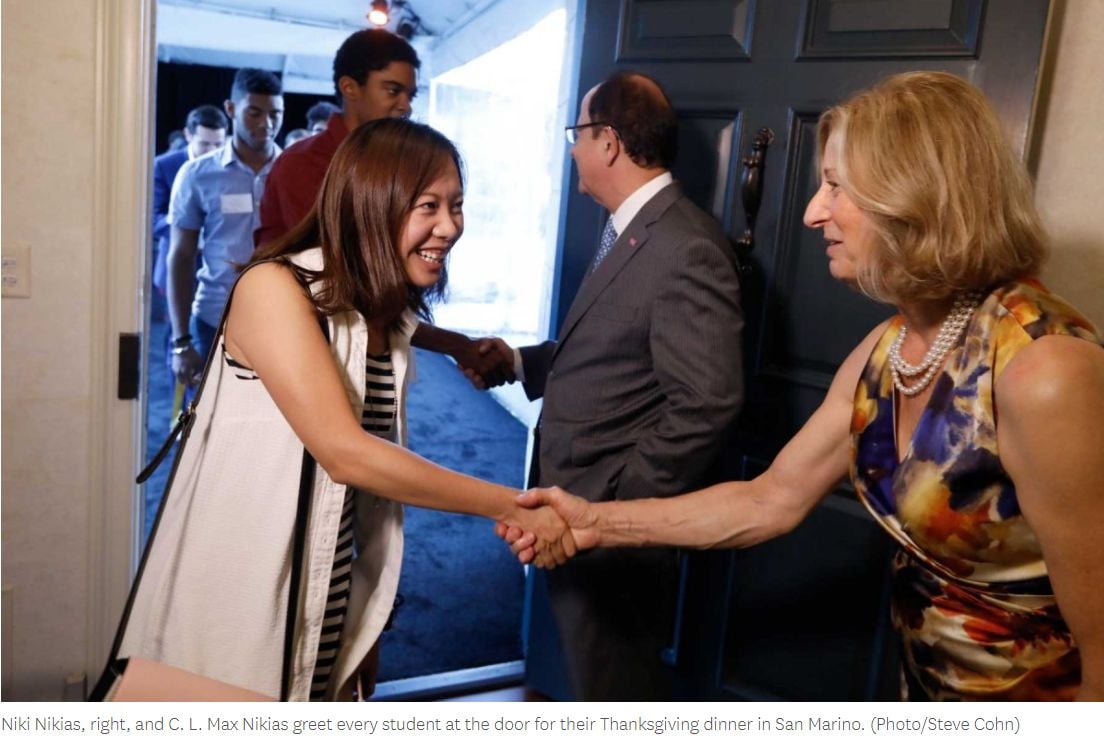 The party was rather large, hosting over 300 students. Guests walked out to the back where there was a large tent set up. Waiters waited to serve cider and cinnamon tea, as photographers snapped photos of the students all dressed up.

“It was a little formal just because everything was so fancy and everyone was required to dress up," Politte said. "At some times it was kinda awkward just because you're surrounded by people you mostly don't know.”

The classy event may have brought back some first day of class feels, when you walk into a packed lecture hall desperately scanning the backs of people's head hoping to recognize a hat or ponytail. As the night went on, however, students found old friends and made new ones sitting at their tables.

Last year, Toomey was even bumped to the the President’s table. That's basically the equivalent of being asked by Regina George herself to sit with the "plastics" at lunch for the week.

“I sat next to Mrs. Nikias and talked to her a bit, but it was mostly small talk about my major and being new to USC,” Toomey said. 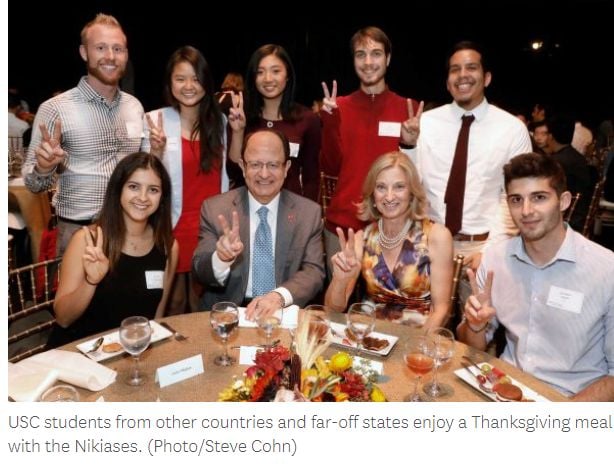 President Nikias gave a speech thanking students for coming and giving the origins of Thanksgiving. Then he got down to the important stuff: the food.

Students enjoyed all the classics for dinner, reminding them of home cooked meals they definitely can't get at EVK. Turkey (37 of them, to be exact), yams, stuffing, gravy, mashed potatoes, vegetables and pasta filled the buffet table. And if all of that wasn’t enough to put students in a food coma all the way through finals week, there was pumpkin and pecan pie, cookies, and fruit for dessert. 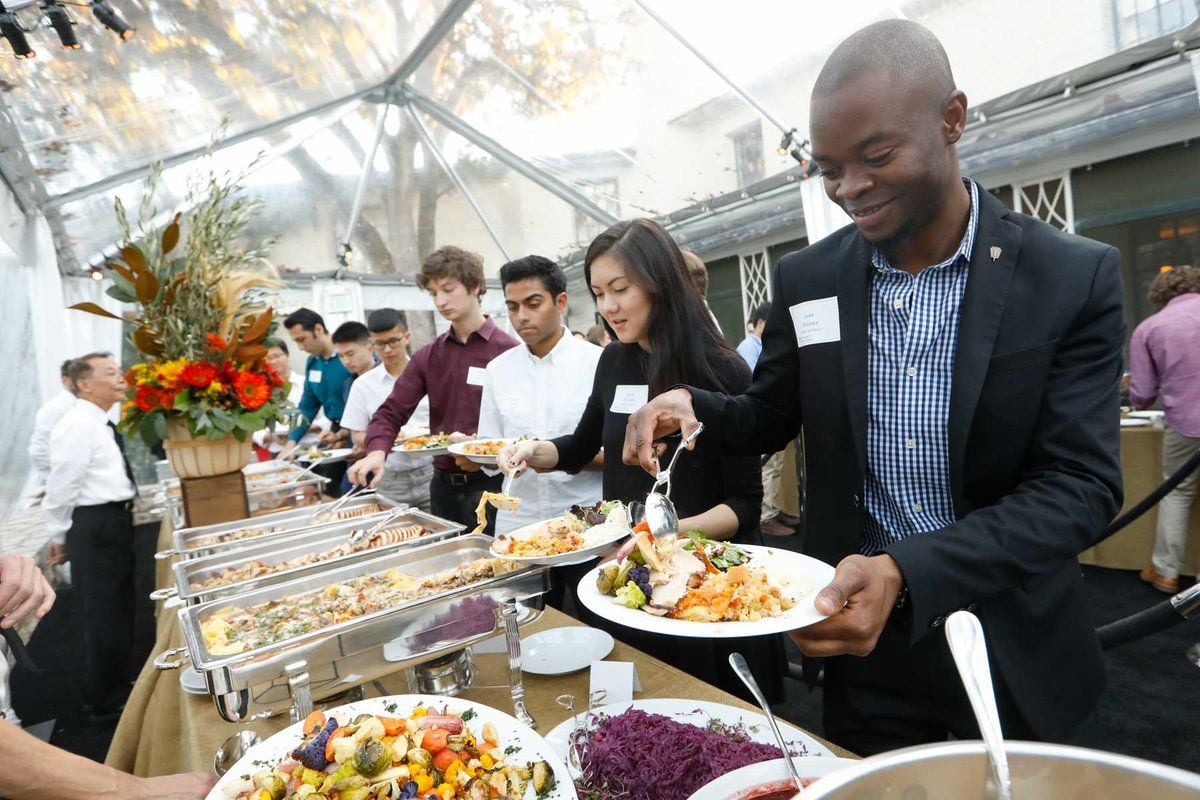 There’s nothing better than good food to bring people together.

“Overall it was mostly relaxed, especially by the end of the evening when everyone had gotten to know each other,” Politte said.

“It was a very nice time,” Toomey said. “Even though most people there were strangers to each other, there was still an atmosphere of Thanksgiving and togetherness.”