DPS advises students to stay clear of the area, but LAPD confirms there is no shooter

There was a report of police activity at Fertitta Hall this afternoon.

LAPD Deputy Chief Phil Tingirides told reporters: "Apparently there was a teacher or a professor on campus who had some sort of an episode and told her students to lock the door and get on the floor, and she began yelling out 'active shooter.'

"That caused the students to make text messages out to parents and friends, who in turn ended up calling the police."

Video from the scene appears to show a brown-haired woman being led into a police car.

A text sent by DPS advised students to stay clear of 610 Childs Way, that shelter was in place, and that there was a threat or danger to the USC community.

A USC spokesperson told The Tab that shots had been reported but not confirmed.

The LAPD said that there has been no shooting on campus. A further text sent by DPS at 1:03PM PT told students there was no evidence of shooting and no injuries reported. It also said that a search of Fertitta Hall was conducted by the USC DPS and the LAPD.

We can confirm there’s been NO shooting on @USC Campus. Systematic search was conducted in coordination with @USCDPS. No danger to community 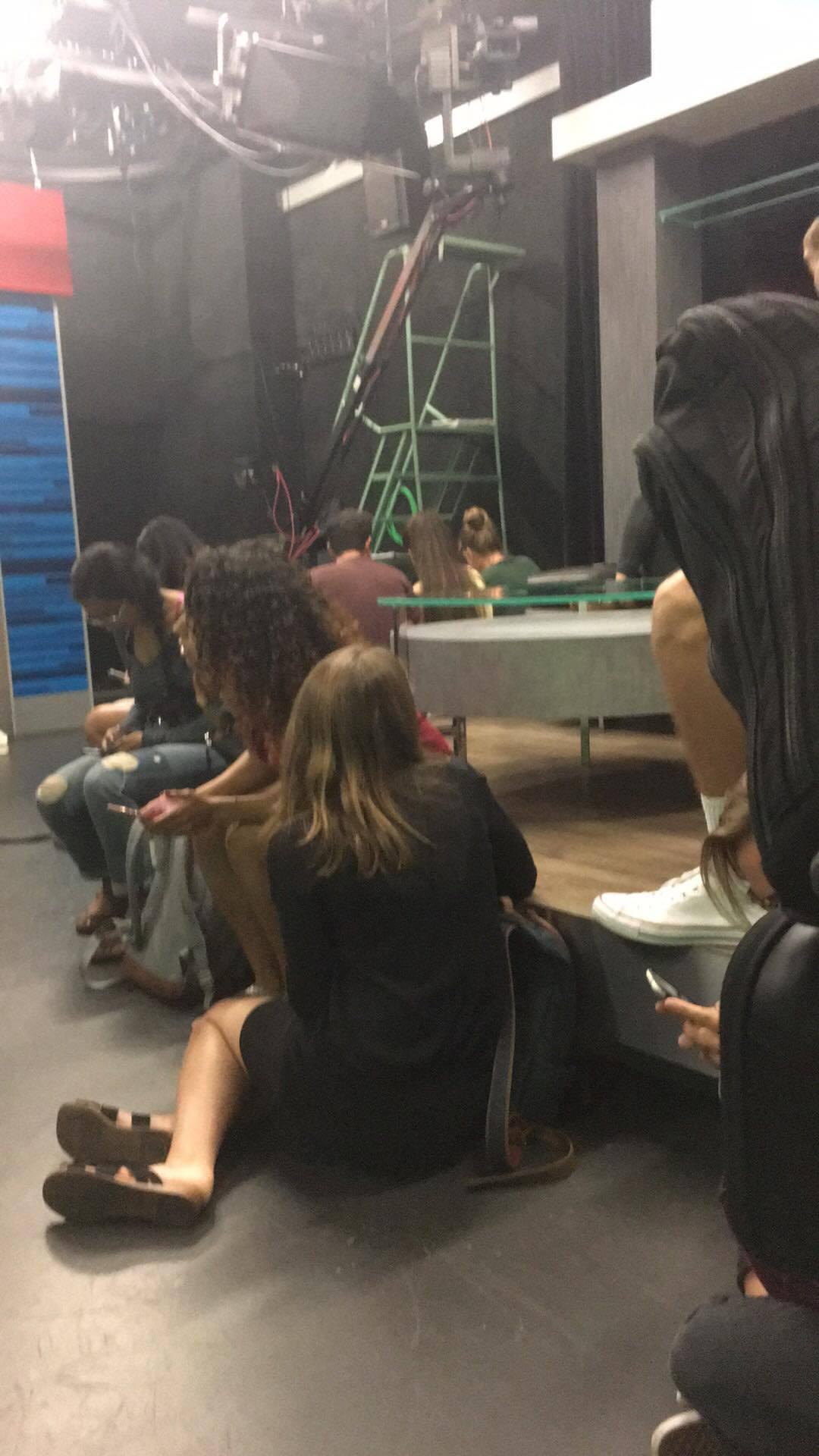 A Marshall senior who was in the basement of the ELC told The Tab: "We were informed about the incident at around 12:30PM and were put on lockdown. I heard most information from fellow students in the class.

"Doors were locked and lights turned off. We thought it was some sort of a drill at fist but eventually heard from other friends and got the USC alert. Everyone was pretty calm and quiet the whole time. I just went through Twitter and stuff to get updates on what was going on.

"We all heard that the building was safe pretty quickly, but we weren't evacuated by LAPD until around 1:30PM. We were on lockdown for around an hour or so. There was an intercom system in the room we were in so once it was safe our professor let us know and we just waited to be let out." 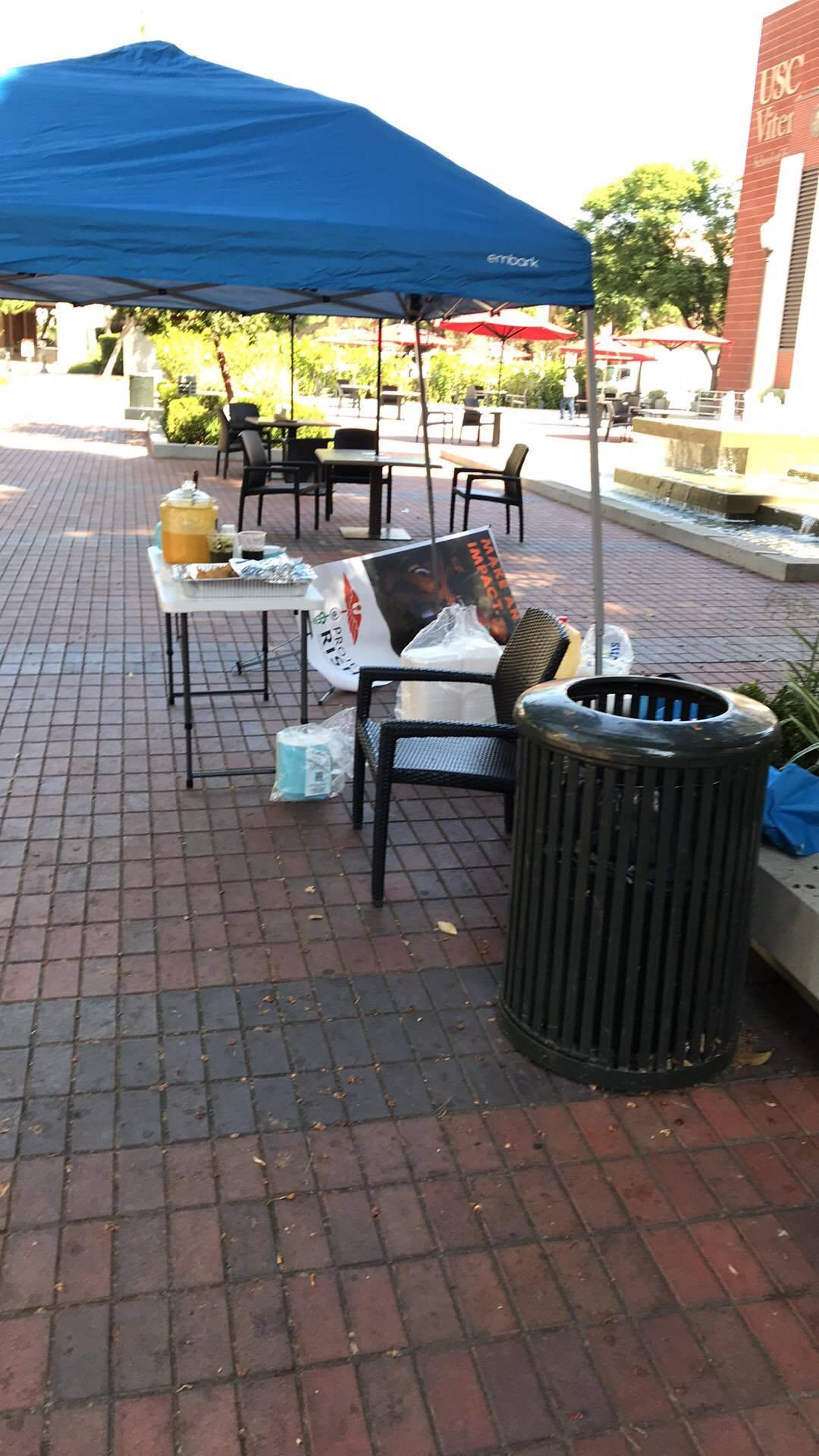 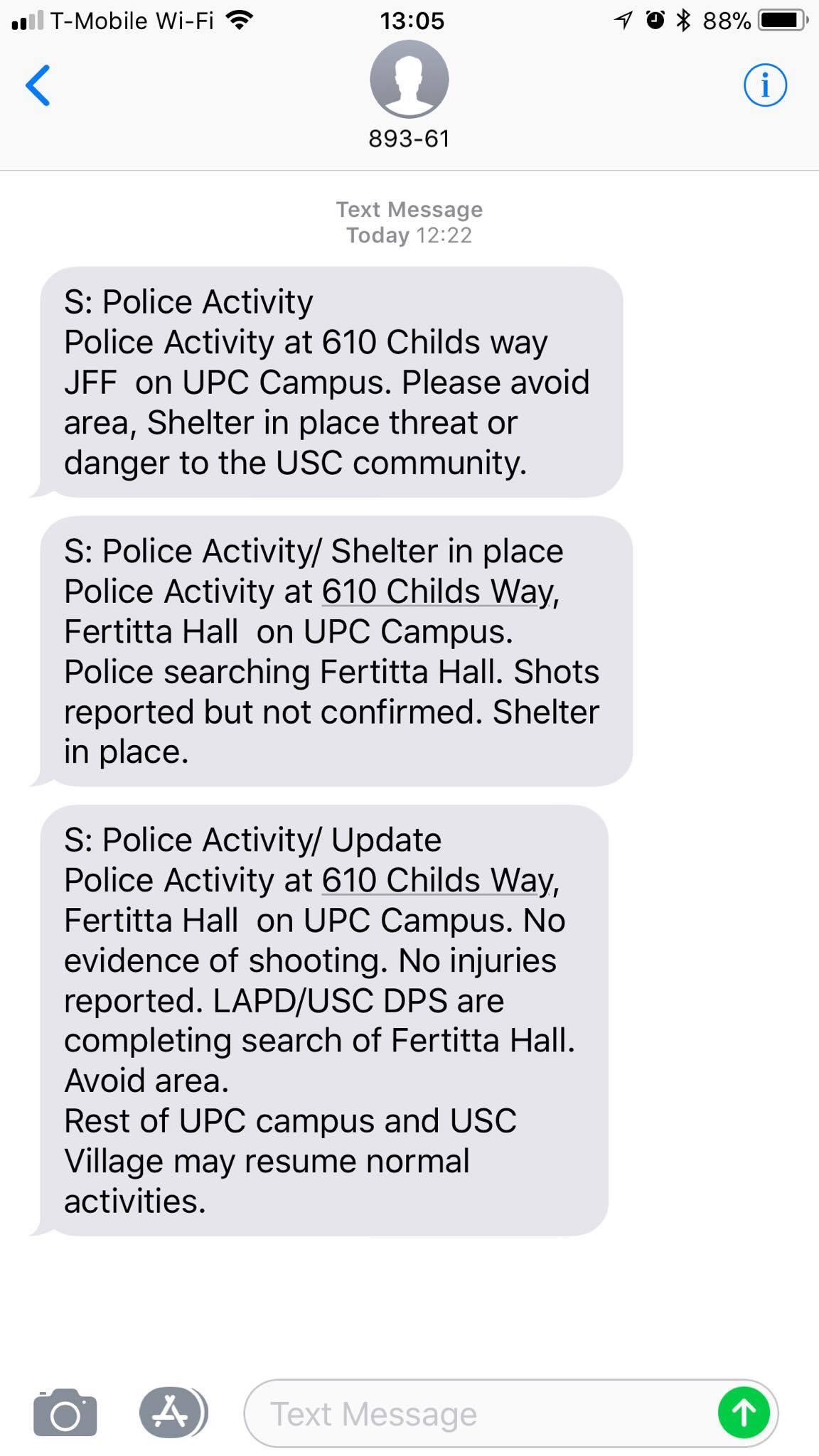