Mixed-in with his veggies and greens, a student found an extra source of protein in his meal from EVK: a caterpillar.

A video of the caterpillar salad was originally posted on the Memes page:

"I was nearly finished when suddenly I saw a caterpillar fall off my fork," freshman Skylar Kelley said. "It took me a second to realize it and I immediately started to choke."

Kelley promptly alerted the EVK manager, who informed the chef.

"After some investigation, it was found that the bug came from a pre-bagged salad mix which is ordered from a third party vendor," Erik Russell, the Associate Director of Residential Dining, said. 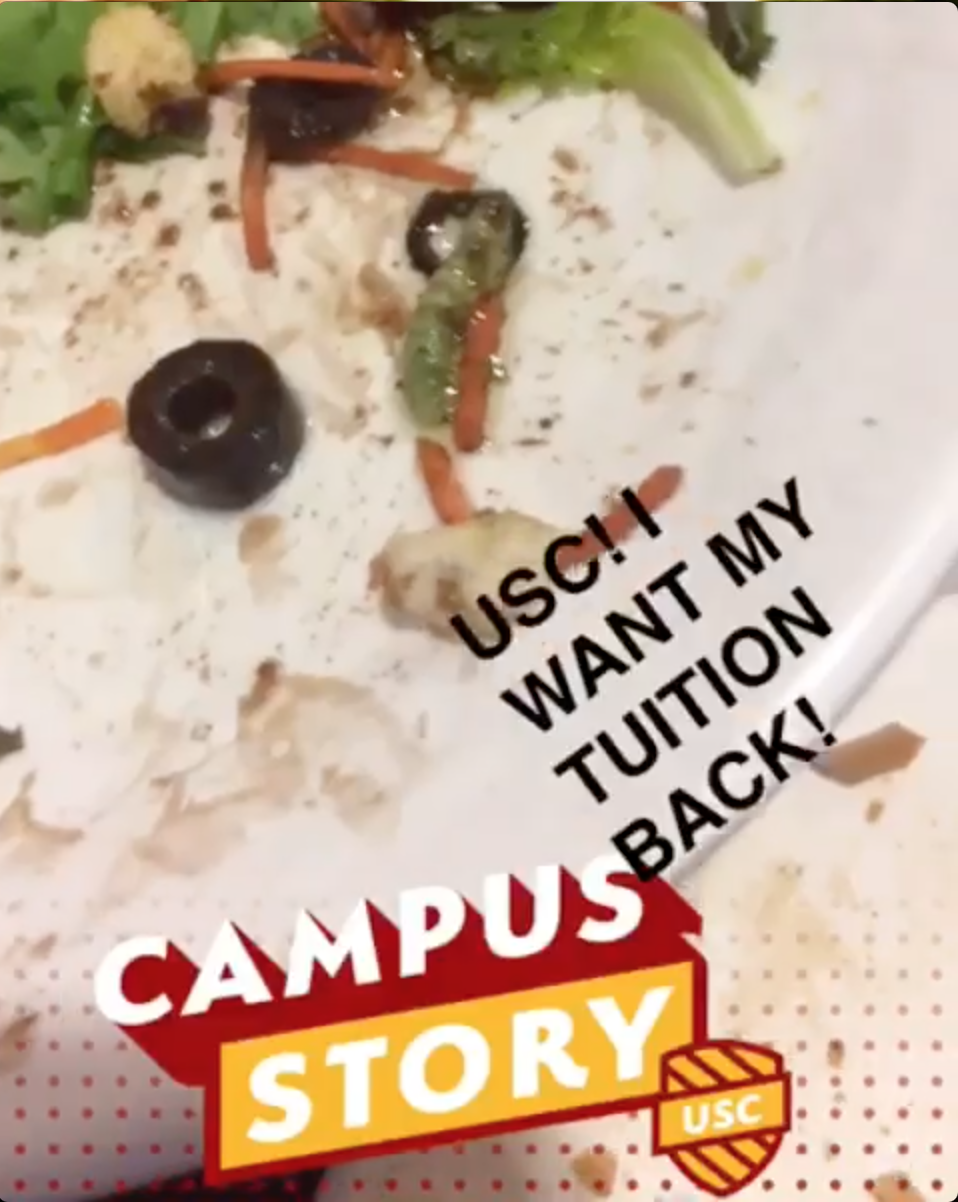 Russell told The Tab that the dining halls purchase spring mix from a local produce company, they do not process the greens on site.

"We have taken the appropriate measures in this case, including notifying the purveyor and inspecting the rest of the spring mix we currently have in stock," Russell said.

So rest assured, the spring mix that will be available in dining halls within the next few days are probably bug-free, but that doesn't mean it won't happen again.

Members of the Meme page responded to the caterpillar post with their own dining hall horror stories.

Though finding a slimy caterpillar in your lunch is gag-worthy, USC Hospitality is guilty of much worse than serving insects in their prepared – and under prepared food. Last year in the Parkside dining hall, a student ripped open her chicken tender to find out it was completely raw. 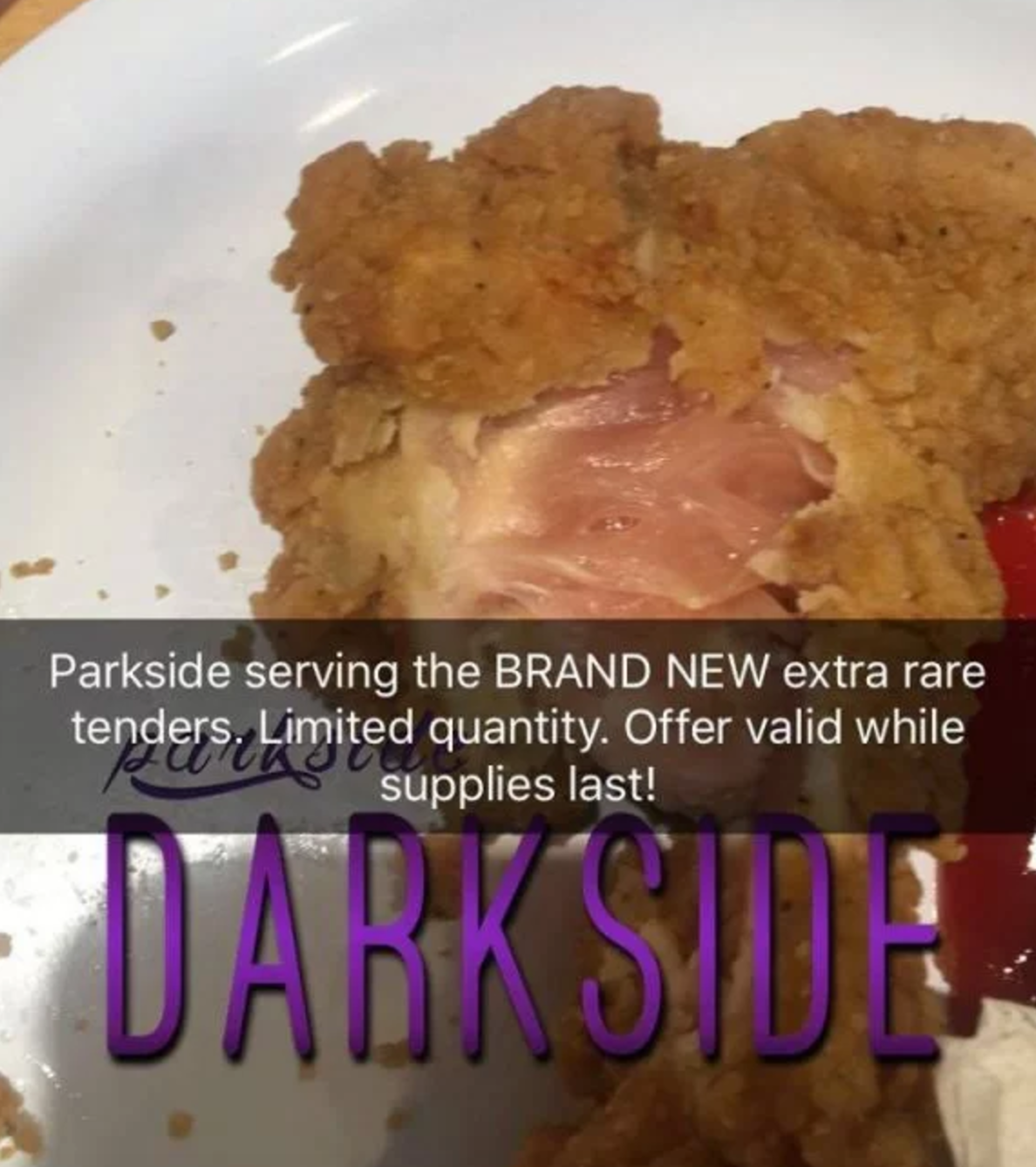 In response to the chicken incident, the Parkside dining hall supervisor told The Tab that there were "probably too many chicken tenders in the pan so they overlapped and were not evenly distributed."

The supervisor vowed to put less tenders on the tray to prevent this problem in the future. Since, there have not been any more reports of raw chicken, but the insect problem seems to be more frequent.