The best places to smoke cannabis on campus as per DPS

“USC is a smoke free campus and that includes marijuana,” said a DPS Officer. 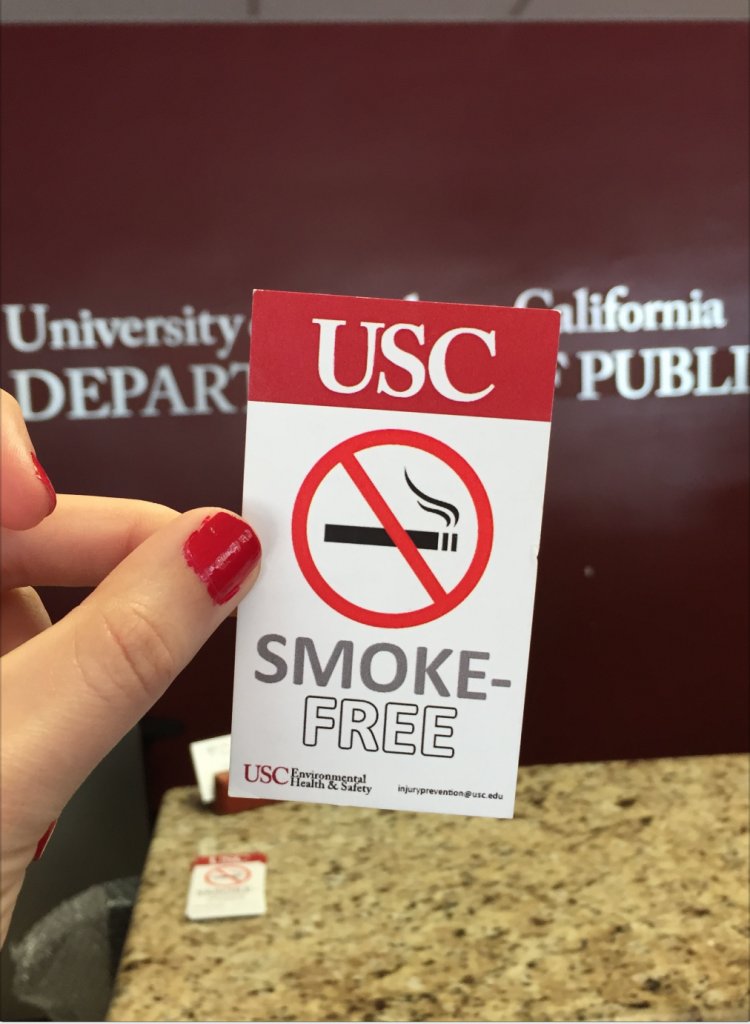 On Presidential Election Day in November, Californians voted in favor of Proposition 64 for the legalization of marijuana. The state is figuring out the logistics of the Proposition in regards to taxation and other regulations, so you will not be able to buy marijuana from a dispensary without a medical card until around January 2018.

Nonetheless, Prop 64 does currently allow those 21 years of age to possess an ounce of cannabis and to grow up to six marijuana plants, for personal use only. Prop 64 does not allow consumption of the plant in public or open carry in vehicles.

Someone just handed me this wordlessly. Never change, California. pic.twitter.com/OSL3ZCWaVS

So, can students carry marijuana on campus now that it’s legal to have up to an ounce of the plant in possession?

“No,” the officer said. “It doesn’t matter if it’s the state law, USC does not allow the carry of cannabis on campus, even if it’s for medical use.”

There you have it. Happy smoking ~off-campus~ from, DPS!