I went to a math class as a journalism major

‘The boy next to me fell asleep. I debated waking him up, but I figured I would keep him out of his misery’

As a broadcast journalism major, I decided to attend a math class. I showed up unannounced. I did not participate. I just watched. It was chaos – madness in the depths of Kaprielian Hall.

I entered the cramped room and made my way toward the back where I sat next to a friend and a fellow blonde. I instantly noticed that the room was eerily segregated and far from diverse.

I stuck out like a sore thumb. People stared.

At 2:00p.m. sharp, the professor walked in and greeted the class with a smile and some uneven suspenders.

He wrote on the board, “gluing sides of Euclidean polygons.” At this point I equally as confused by the word “Euclidean” as I was excited to do some arts and crafts. I instantly regretted not packing my fast-drying Elmer’s glue. 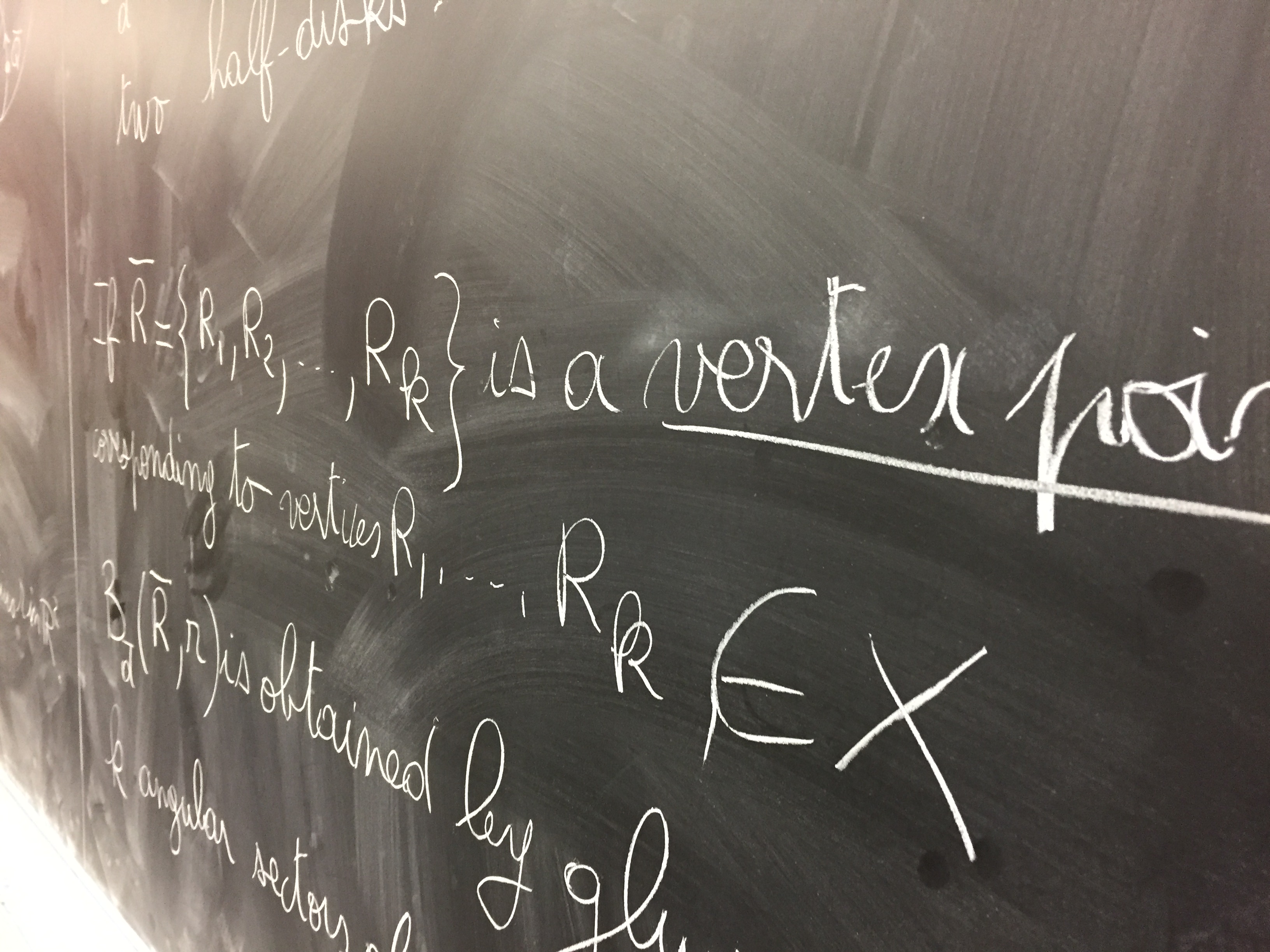 Underneath the heading he drew a rectangle. I got back into math mode and was ready to crush some numbers. The numbers never came.

The professor had a thick French accent. Students in the front row were downing Red Bull. I felt like I was at a hack-a-thon where foreign codes seemed never-ending and participants struggled to stay awake.

Prof looked up after meticulously drawing a hexagon and handed back homework. He finally caught sight of me – I came unannounced. He said: “I know most of you, but the people that don’t go to class, I don’t know them.”

I got some more stares. He then began to explain how many pairs of sides are on a hexagon – I’m assuming to help the slackers in the back understand the definition of a pair (aka me, the girl who doesn’t go to class). Then letters started flowing on the board again. By the fifth E I was lost. I felt like there was some secret math lingo that my high school math education failed to teach me.

Throughout class, prof asked a few questions to keep students attentive while E’s continued to flood the board. He was giddy. He was excited about math. I thought he was going to answer his own questions out of pure excitement. With all of the built up thrill of geometry sitting in the pit of his stomach, he unknowingly leaned onto the wall and into the light switch. The already dull classroom went pitch black.

After some gasps of concerned students, I concluded that this misstep was the most exciting thing that has ever happened in this class.

Prof finally turned the lights back on with a smile wider than before, as he said, “I just wanted to shed light on this problem.” 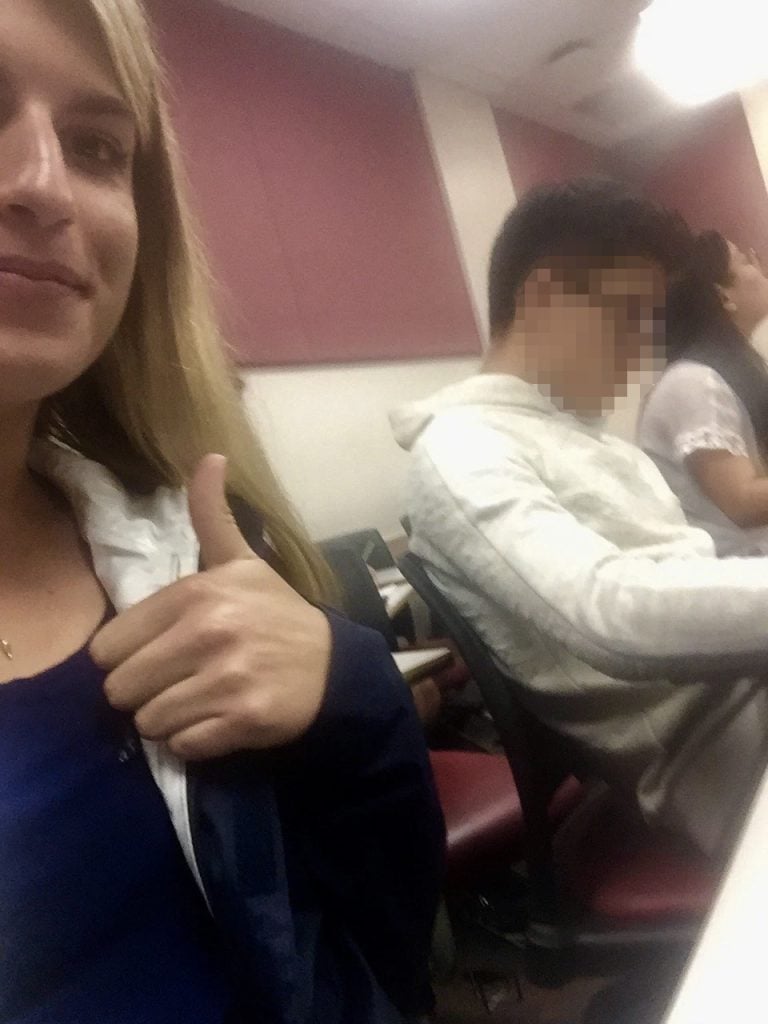 Me ft. the homeboy that fell asleep

Five minutes later the boy next to me fell asleep. I debated waking him up, but I figured I would keep him out of his misery. People joke about math not having numbers, but in this class it was no joke. There were no numbers. Only E’s. And a lot of them. Better yet, all of these E’s placed in a row were supposedly gluing the sides of Euclidean polygons together.

I guess prof could read the confusion on my face. He said, “let’s try to understand,” and then followed up with a monologue about the E’s “hopping” and “gluing.” Those were words I understood. I started gaining my confidence back. I do know how to hop. I do know how to glue. Yet, I still did not understand the Euclidean polygon. Then he whipped out a paper demonstration, where polygons were actually glued together to form a cone – I knew there was going to be arts and crafts involved.

Prof posed with the cone proudly on his head. “Look, it’s like a hat,” he said. “I guess more like a Chinese hat, like all the Chinese people in class.”

And on that note, I was out. 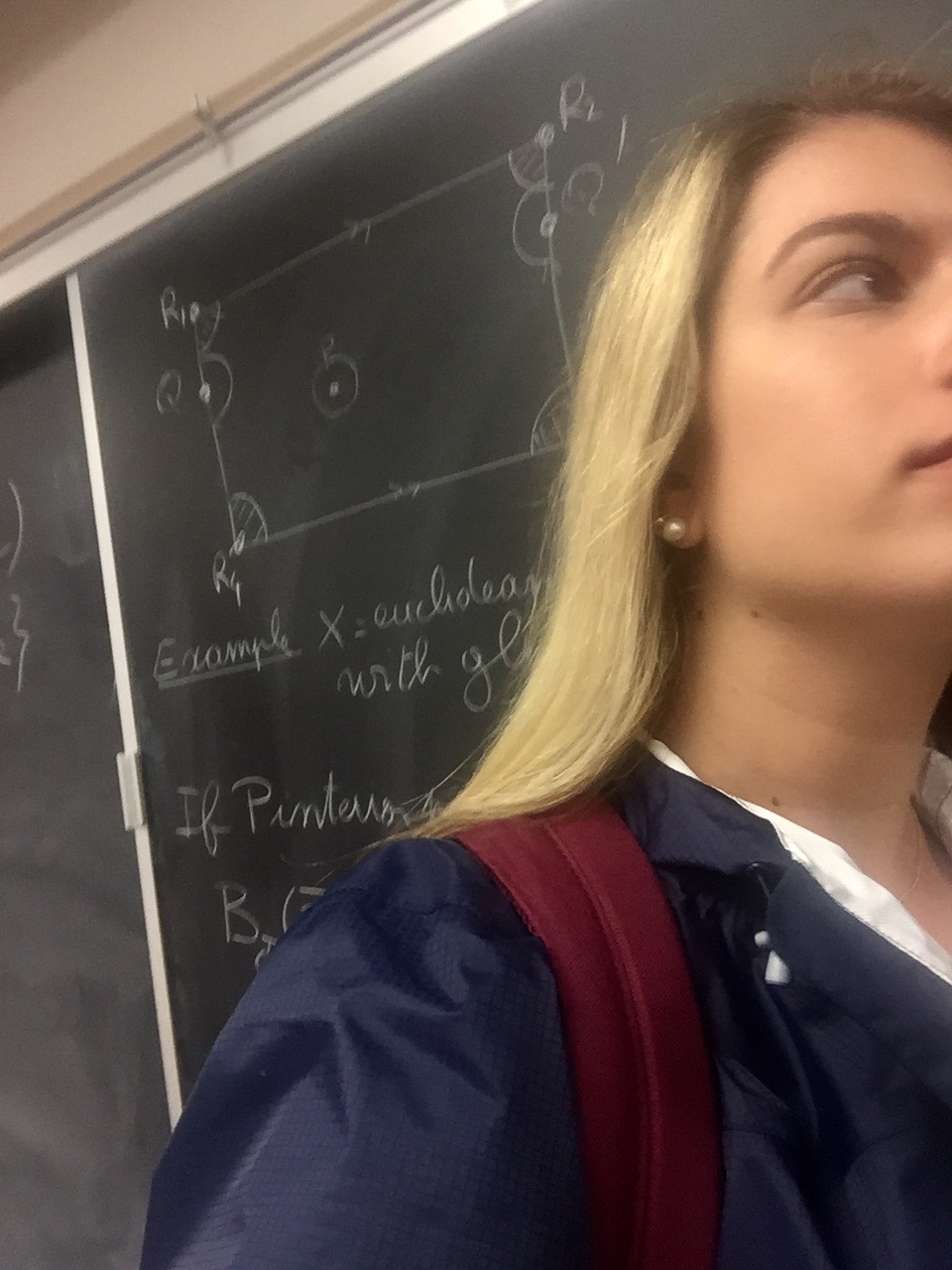 Me running out of class as fast as I could