The worst of Valentine’s Days

Valentine's Day is a holiday, if that's what you'd like to call it, that typically means one of two things for people — it's either the most anticipated date night of the year or it's the most dreaded day of the year. I think for most of us, the latter rings true. I'm certainly not a fan. Last year, I unintentionally ended up listening to stand-up "comedians" deliver truly disturbing stories about their failed love lives, aka brief encounters. I could have lived my whole life without hearing these things. Interested in whether or not anyone could top that lovely Valentine's Day memory of mine, I asked around. Here's what I found. (Spoiler alert, someone topped it) 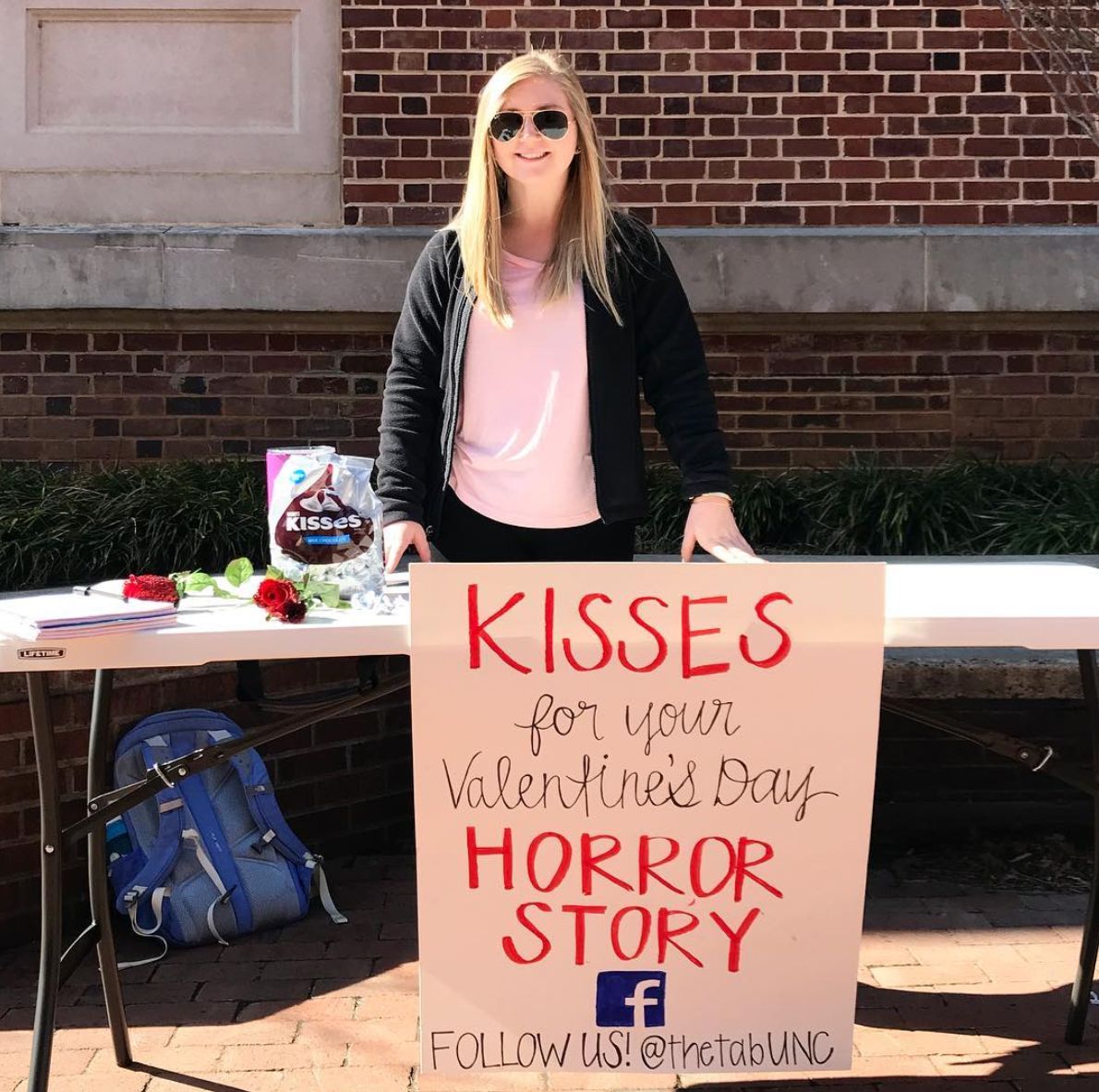 "I went on a first date with a guy and he was really awkward and wouldn't talk to me. I had a panic attack and passed out in the bathroom, only to find out that when I woke up, he had already finished his meal. He thinks I had a stomach bug." — Anonymous.

Only up from there, girlfriend.

"We went to 'dinner,' which was at the Chinese place in Southpoint's foodcourt, which I paid for. Next, we went to see a Nicholas Sparks movie, which I also paid for. After that, we went to Urban Outfitters, where he 'forgot he didn't have his wallet' and I bought him two shirts because he didn't really give me a choice." — Anonymous.

It's the 21st century and everything, but yikes.

"My boyfriend of four years broke up with me on February 13th." —Anonymous.

Well, that's one way to get out of buying a gift.

"I dropped my boyfriend's card in the toilet, but there was only 30 minutes left of Valentine's Day, so I gave it to him with pee on it anyway. I also ate his present on the way to his house because I hadn't had dinner." — Anonymous.

It's the thought that counts, right?

"Last year, my boyfriend wasn't talking to me for no apparent reason and we got in our first fight and I cried for the first time in months. It was also my birthday." — Anonymous.

"My senior year of high school, I had my wisdom teeth removed February 12th. They say that the third day post-surgery is the worst one, and it was by far for me. I'd gotten really sick from the medicine and lack of food and spent the day throwing up. To make matters worse, it had snowed really hard and my boyfriend's parents only let him come over for like 30 minutes basically just to say Happy Valentine's Day because they didn't want him driving in the snow." — Anonymous.

Good news — you can't get your wisdom teeth removed twice.

"The actual day was alright… I was in a long-term relationship and I had sent my boyfriend a Valentine's Day care package. A few weeks later, I went to see him (four states away) and I was looking for something under his bed when I saw the package that I had sent, unopened. He lied and said he taped it back together, but it was obvious he just didn't care enough to even open it." — Anonymous.

A+++ for effort, F for judgment of character.

"Two years ago, I was dating a guy and the only time I saw him was in class that morning. He didn't speak to me. He didn't even take the time to send me a Valentine's Day text. I kind of expected it, though." — Anonymous.