A First-Year’s reactions to the first Duke game

My impressions of the biggest rivalry in college basketball 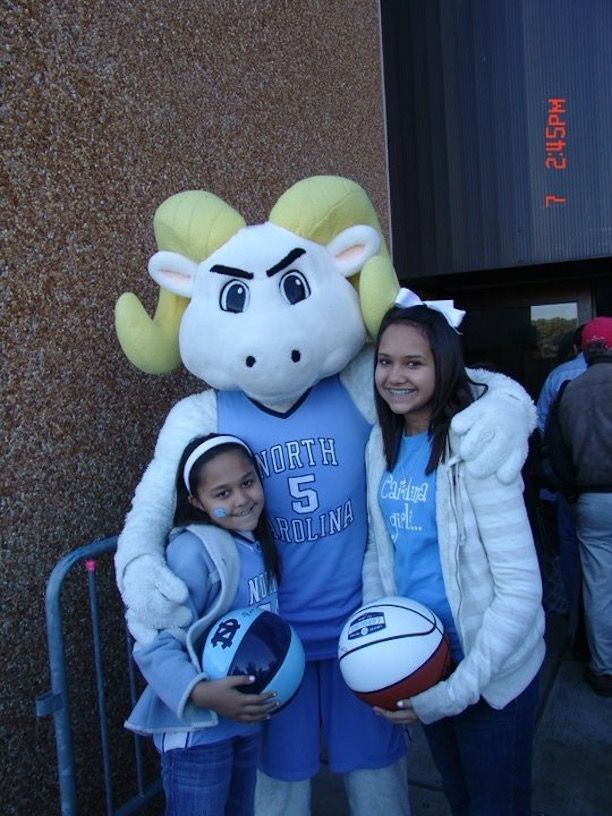 Since birth, I have bled Carolina blue. I was bred to love light blue but despise that ugly other blue. Only in North Carolina does the shade of blue affect what team you side with. Pictured is me (left) and my sister going to a Carolina Kids event at the Dean Dome when I was in elementary school.

And so it begins…. 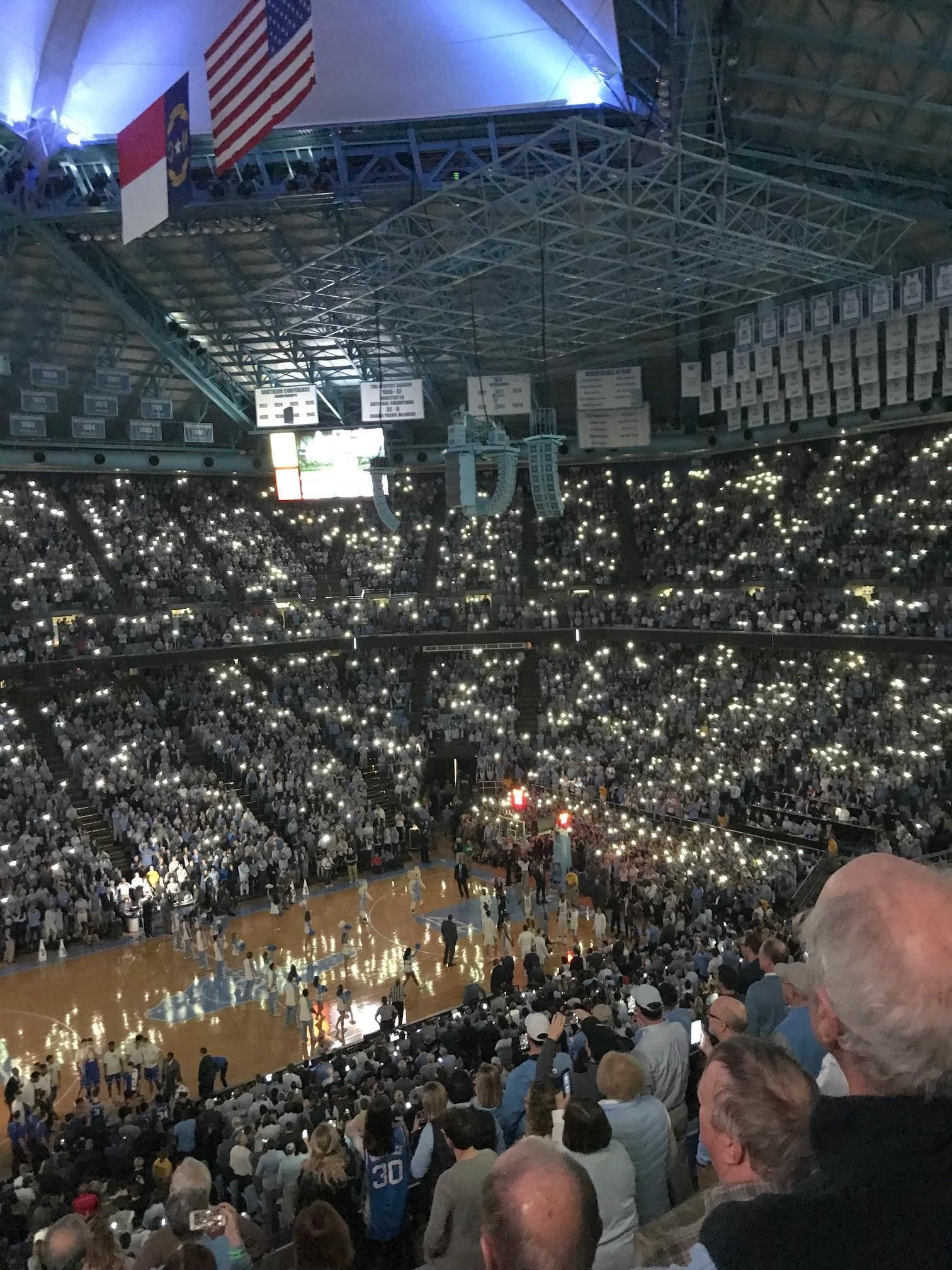 If you don't get hyped after the opening of a UNC basketball game, there is no hope for you! The UNC vs. Duke game is like no other for the rest of the season. The stadium is filled to the brim and the adrenaline levels are out of this world. Everyone's phone is out and united by the light show coming from their flashlights. The anticipation builds with each flash of light and sound of the music.

We get the W 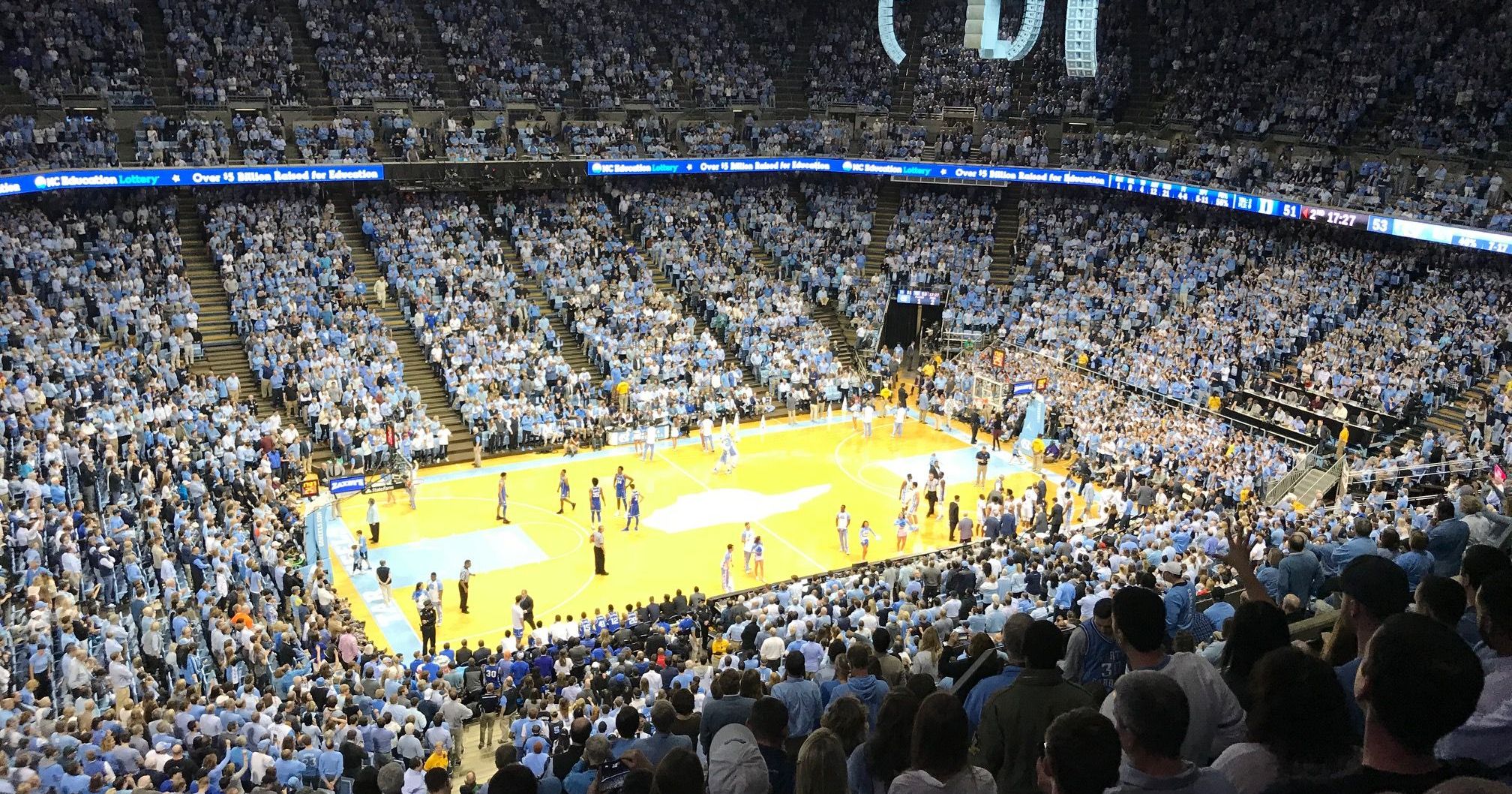 This was one of the most intense basketball games I have ever seen in my entire life. After being down after the first half and the triumphant comeback, it was absolutely amazing to witness. The crowd was cheering so loud that I could not hear correctly for the next 24 hours. 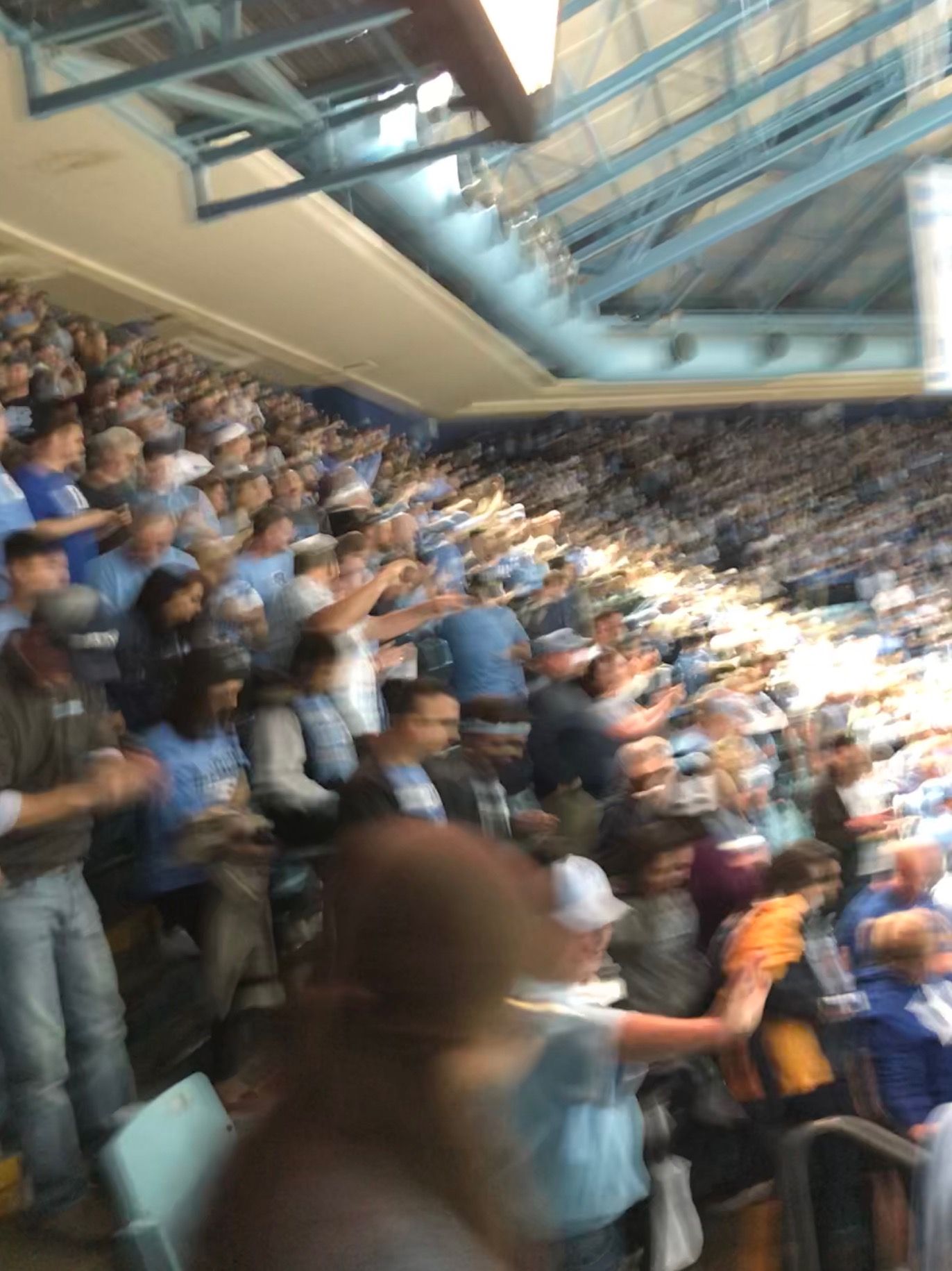 At the final buzzer, a frenzy began. People were running every which way trying to get down the stairs. Commotion rang through the Dean Dome as people head towards Franklin Street. 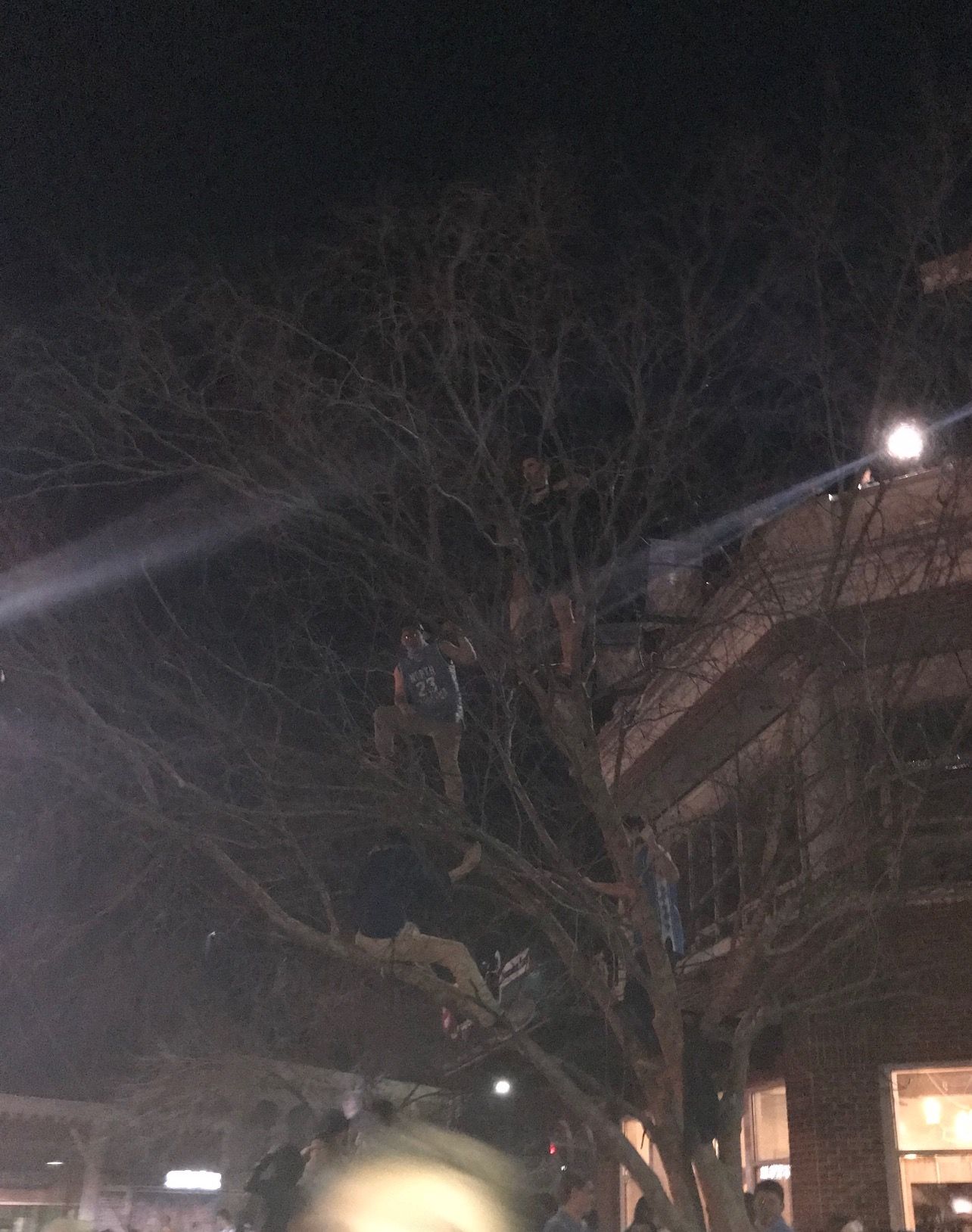 As I ran towards Franklin, my first impressions are a smoke stack, the smell of fire and people hanging from the trees. There were people running around crazy and surrounding me in every direction. 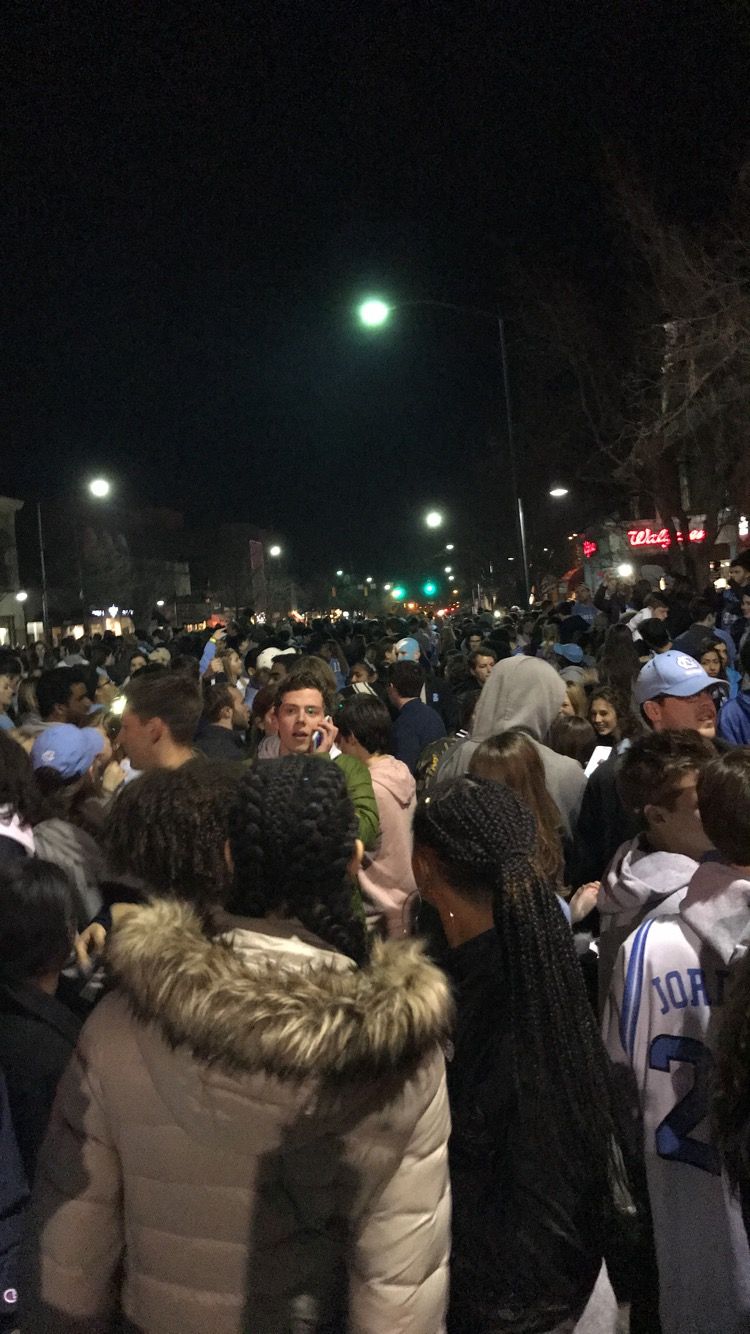 I quickly learned that the source of the fire and the smoke smell were coming from a couch in the middle of the street. People surrounded the fire in every direction. As I am quite short, I could not see where the sea of people ended. 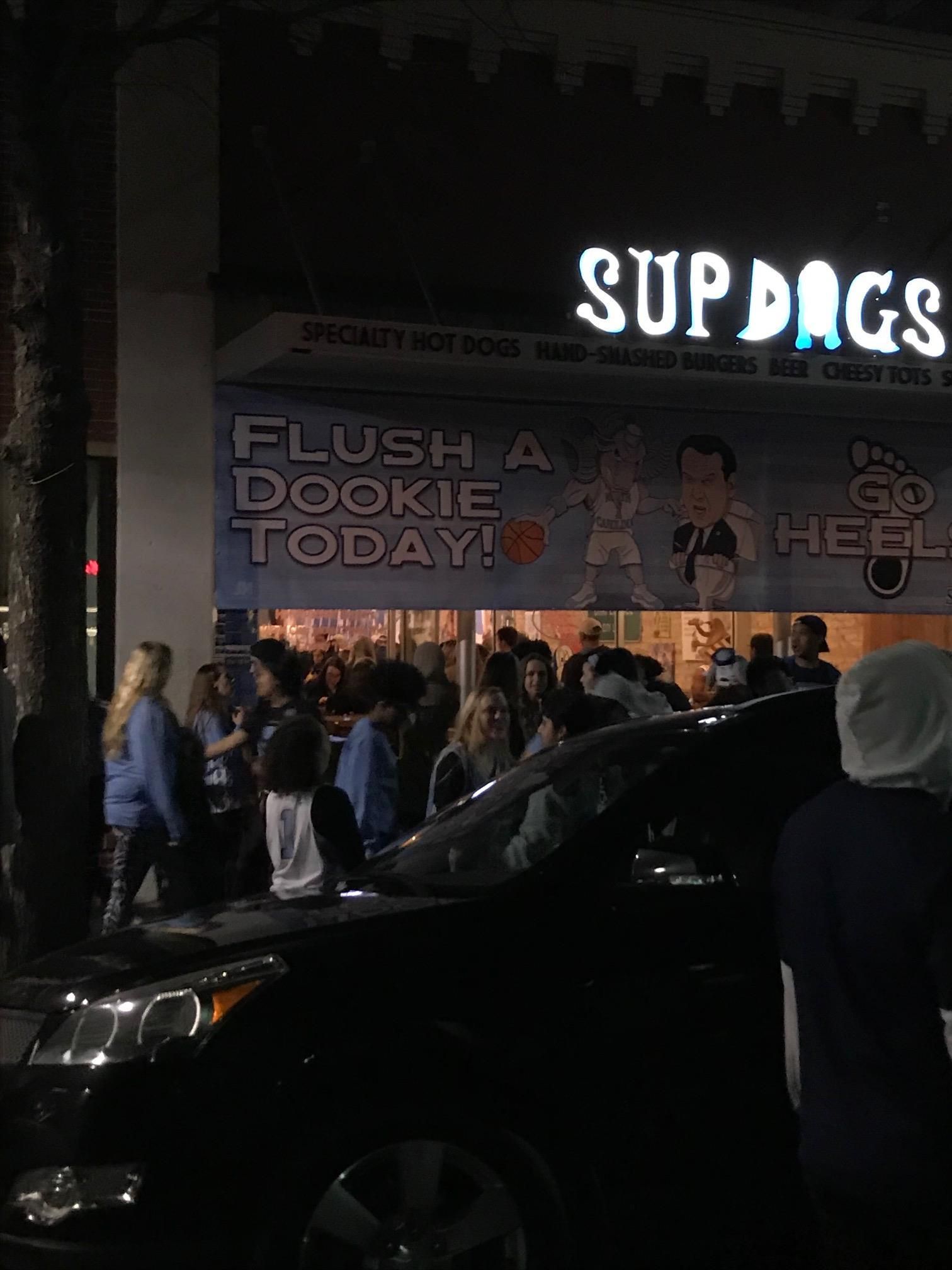 People poured into Sup Dogs from every direction. With "DOOK SUX" on its awning and "Flush a Dookie" hanging proudly outside its doors, it was a popular place to celebrate the win. 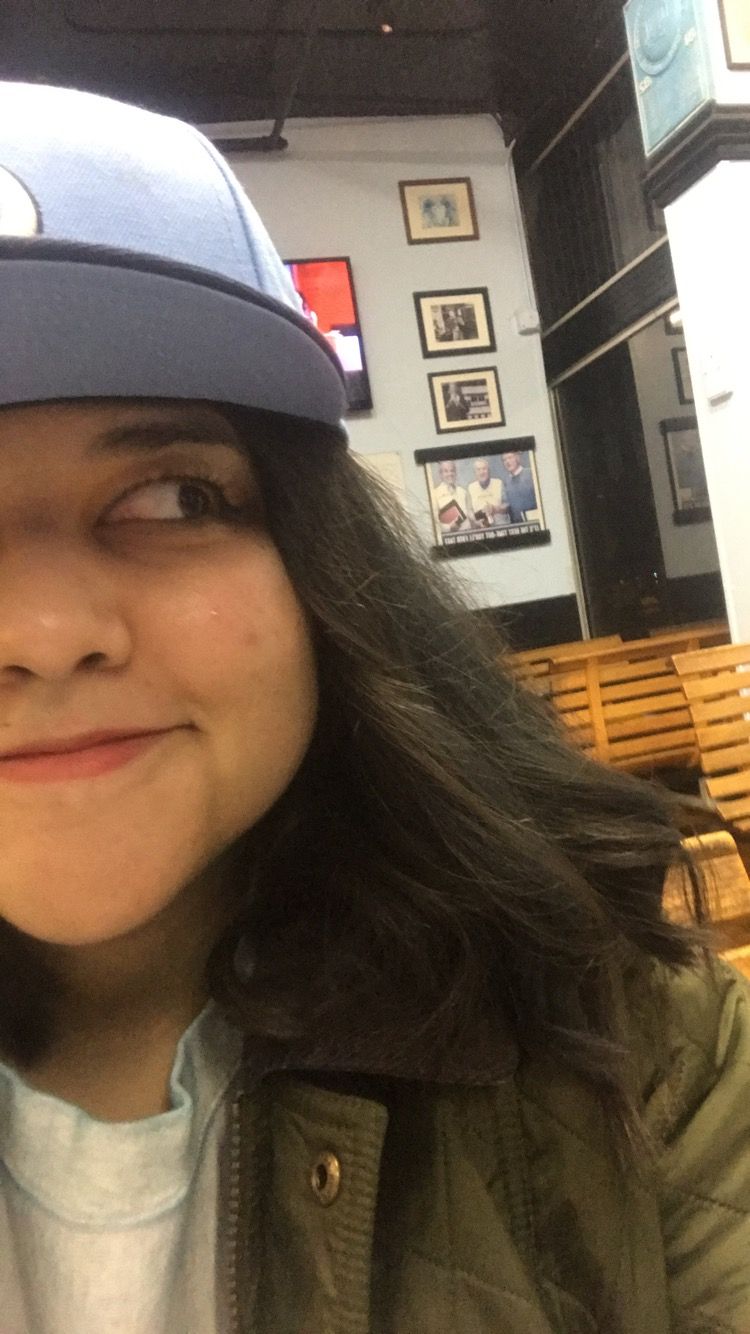 I ended the night by eating my weight in mac & cheese at Time Out. This was a day I will truly remember for the rest of my life. As always, but especially today, it truly was a great day to be a Tar Heel!