The UNC snow days in Polaroids

On my first snow day at UNC, I decided to take my Polaroid camera with me on my walk around the campus. 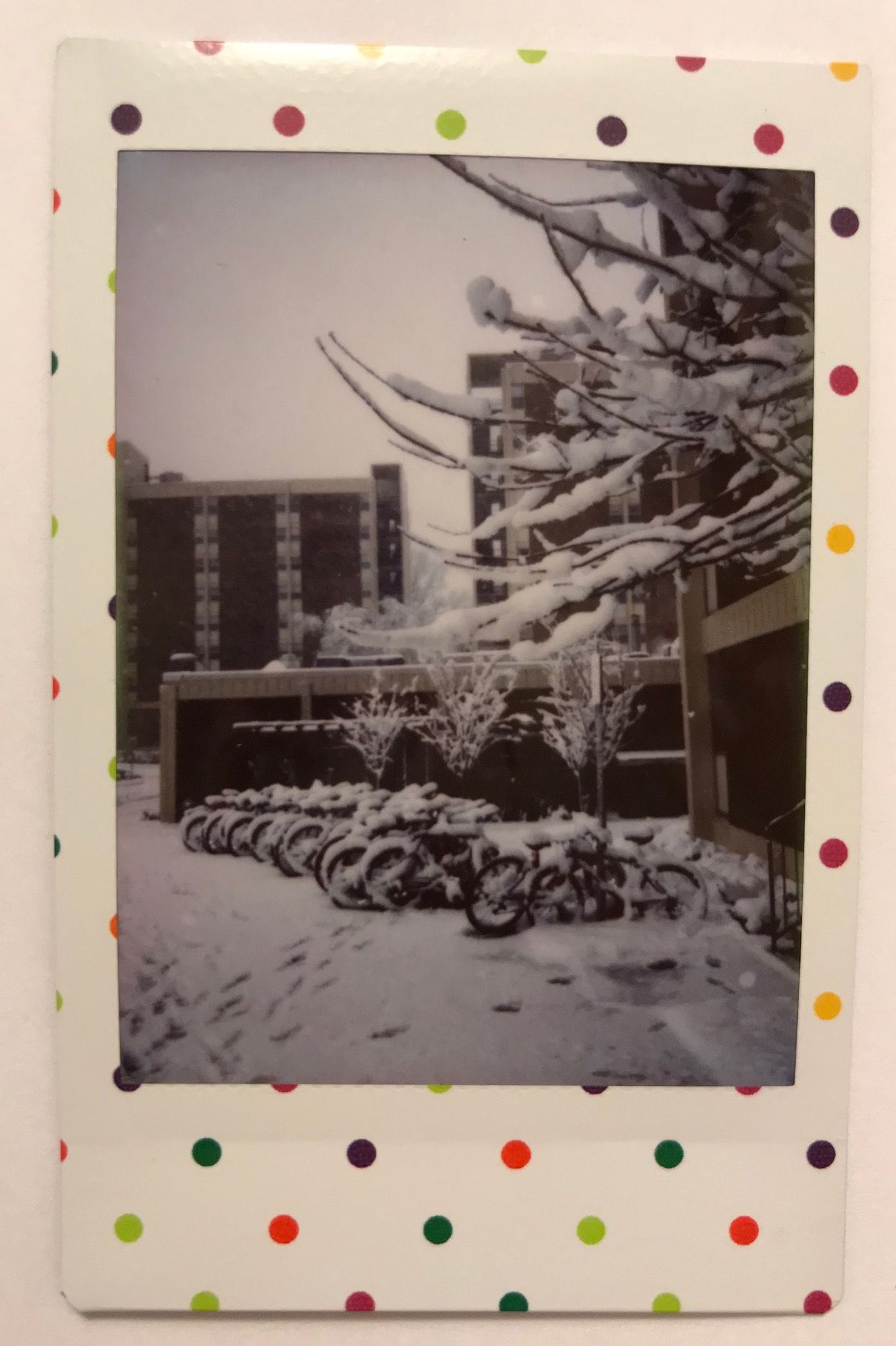 This is the first picture I took when I went outside. This is a picture of an unused row of snow-covered bikes outside of Granville Towers. 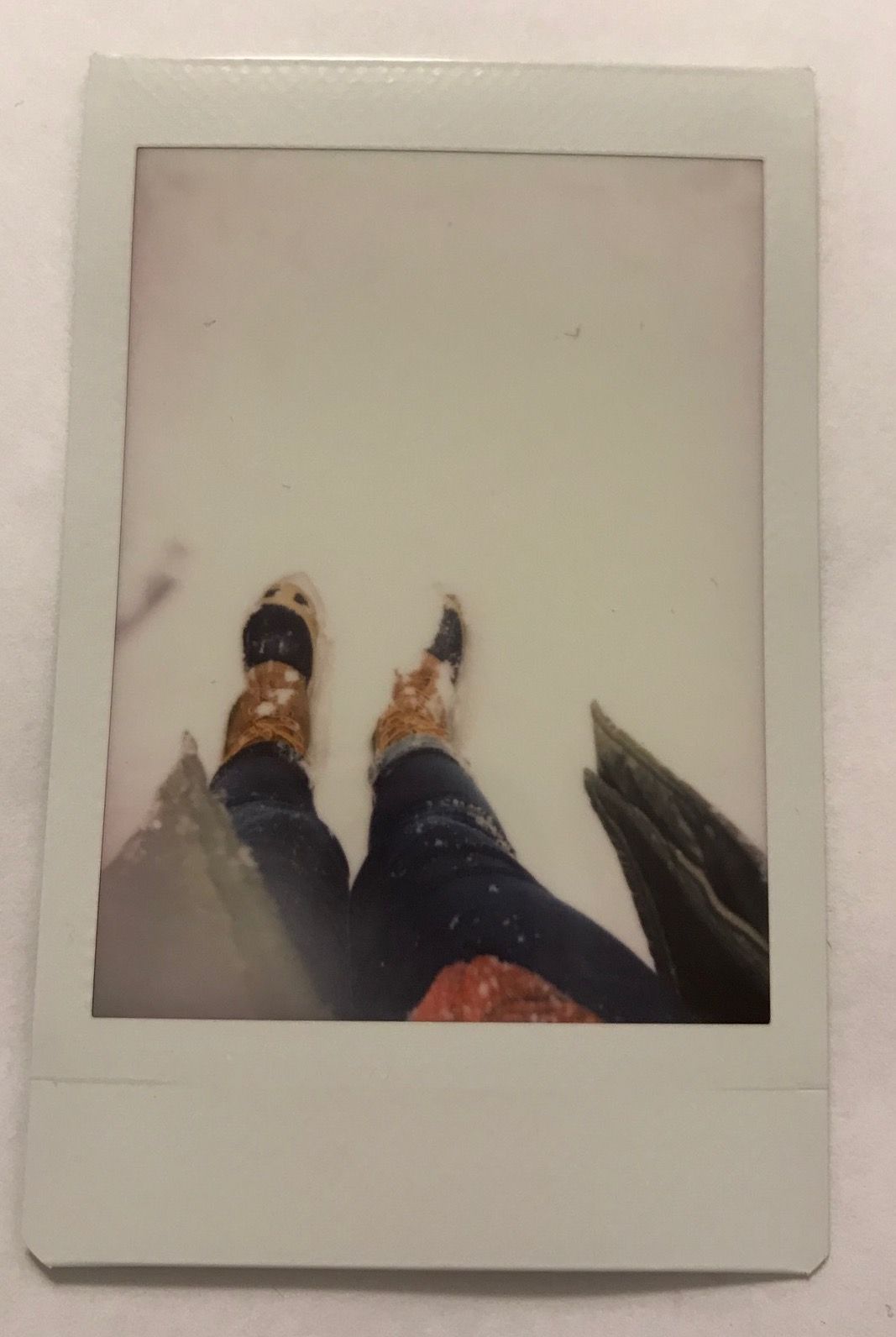 Even on a polaroid, you can see the over six inches we got in a few hours! The snow was past my ankles by the end of the day. Frat Court was covered in snow and people. When walking past, I saw a group of students deeply engaged in an intense snowball fight. 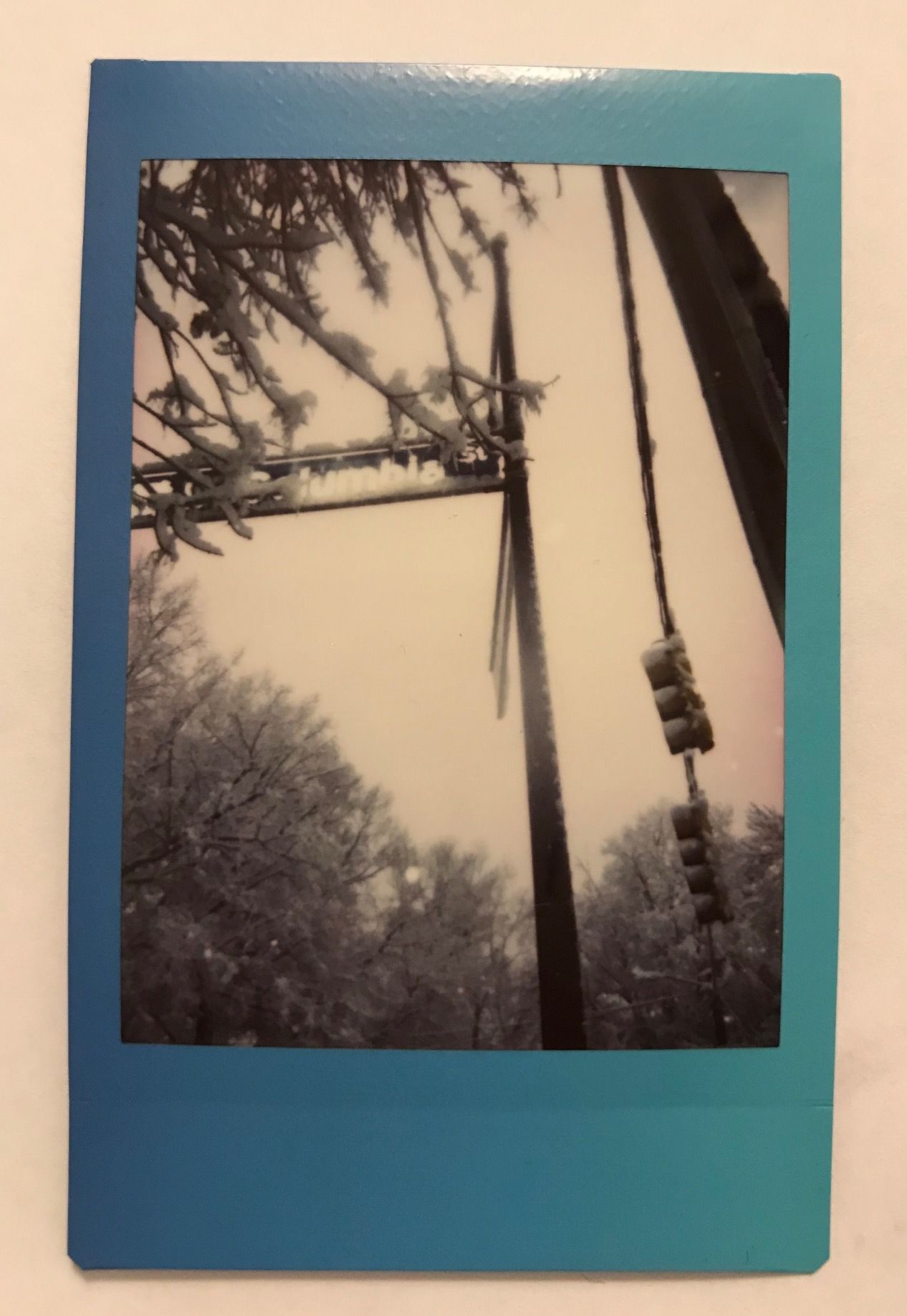 A little further down the street, I took this picture of the Columbia Street sign covered in snow at the intersection of Cameron and Columbia. 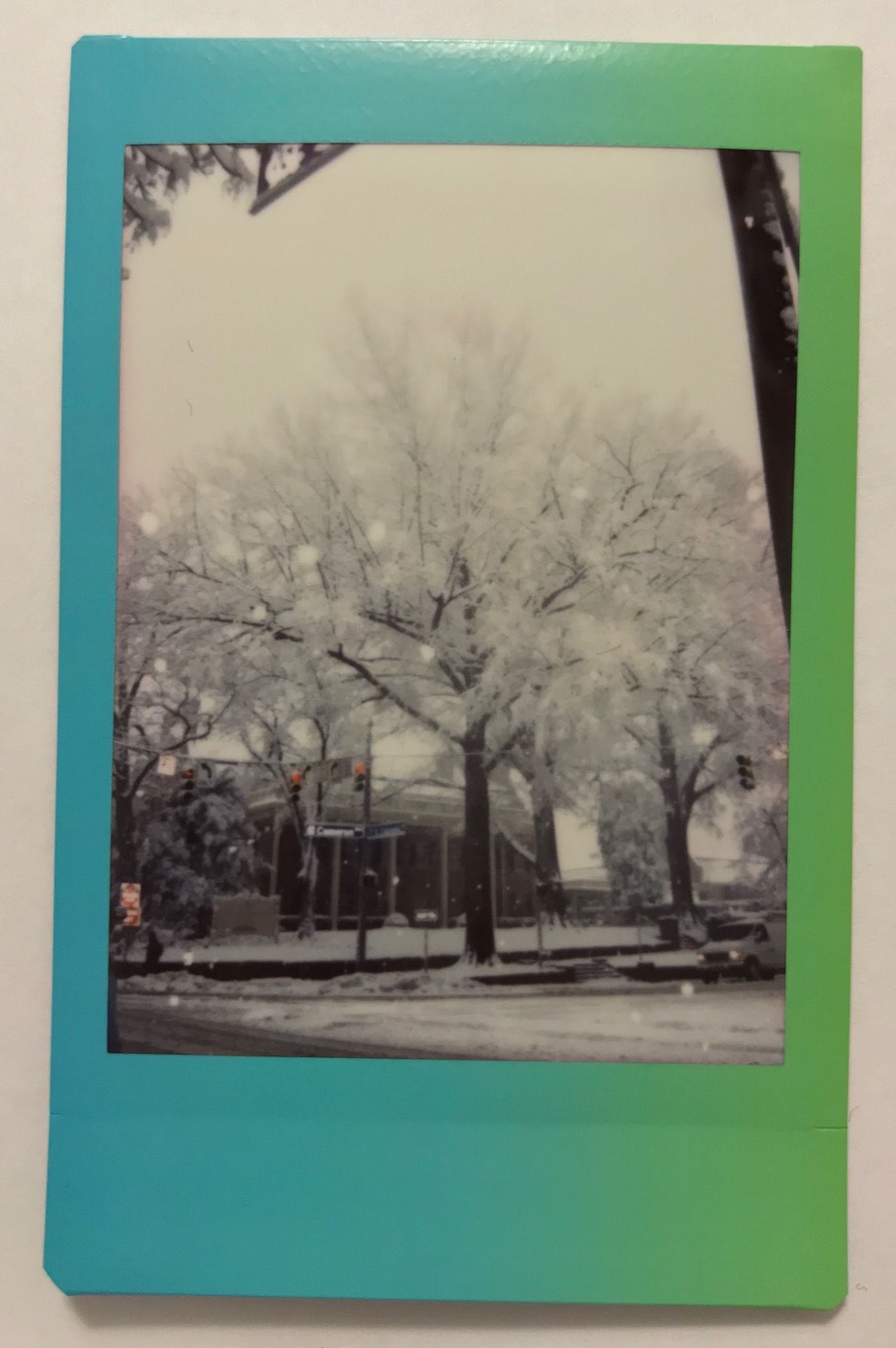 The Carolina Inn and its trees on the opposite corner of Cameron and Columbia are also covered in tons of snow. Every few seconds, the wind would take the snow in the trees and dump it on the people on the sidewalks. 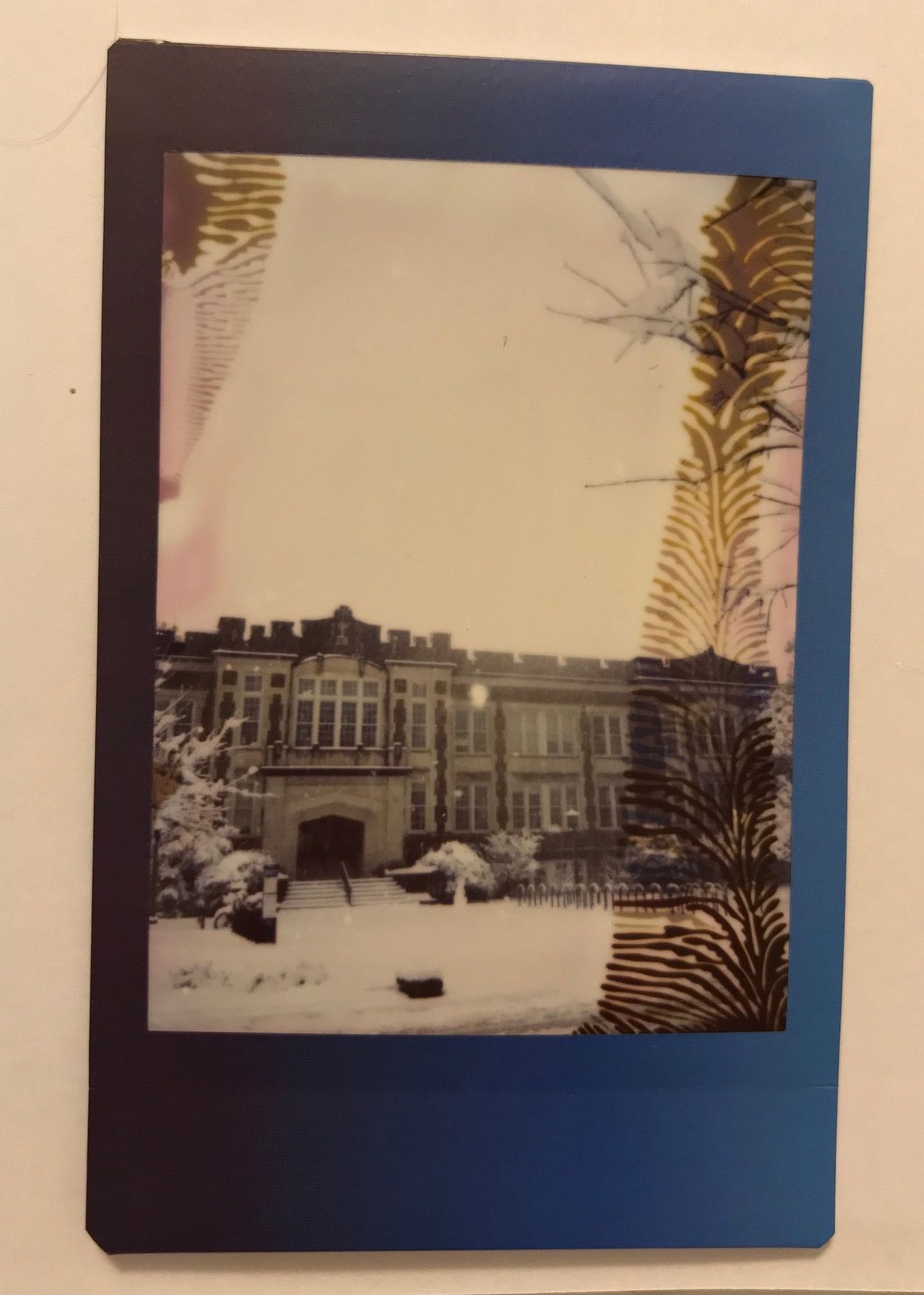 Phillips Hall also got its share of snow. I'm not sure why this photo developed like this, however, I thought it was cool! 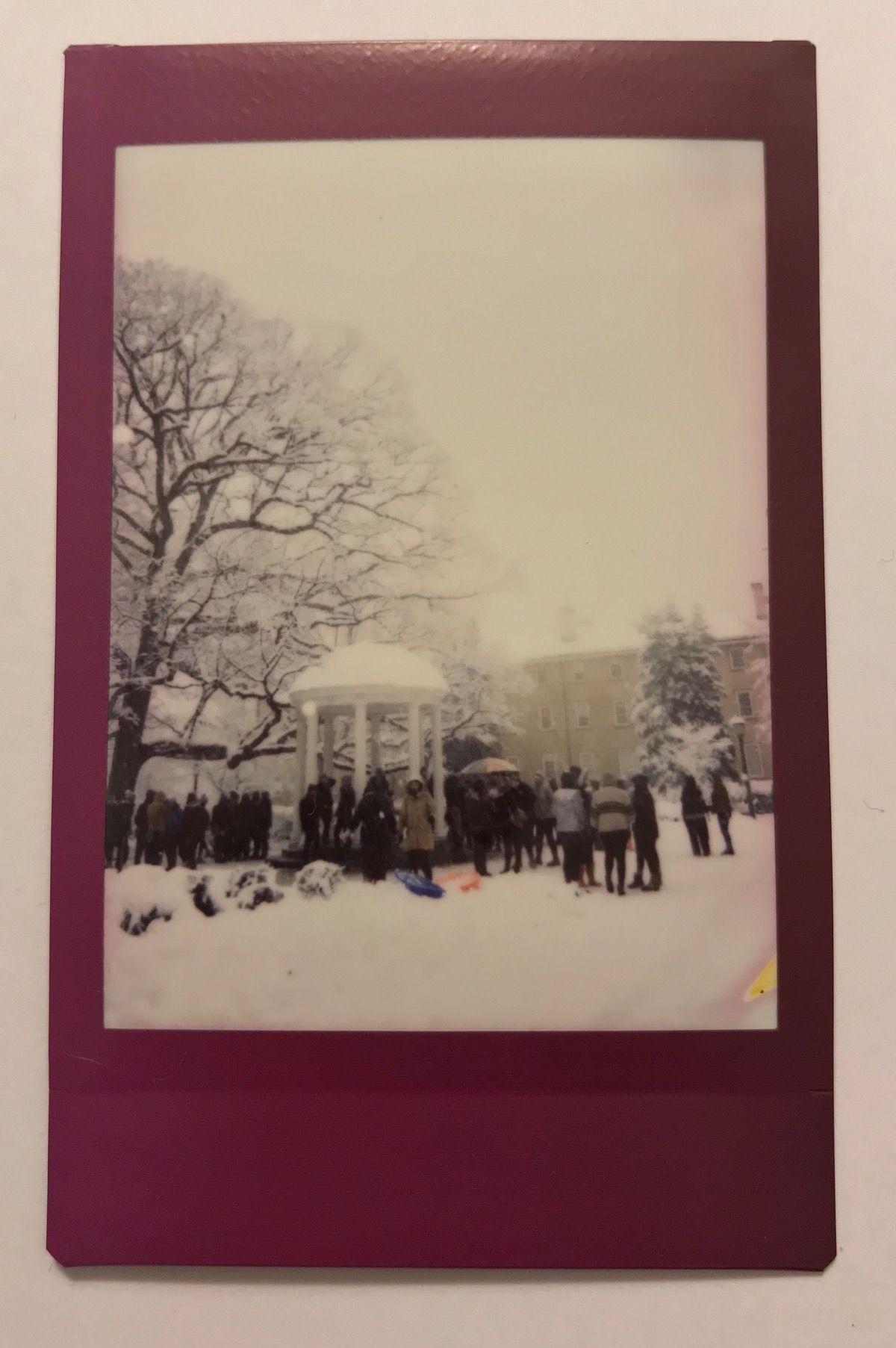 Walking up to the Old Well, I saw a crowd waiting to take pictures on its steps. People were also having fun making snowmen and having snowball fights. 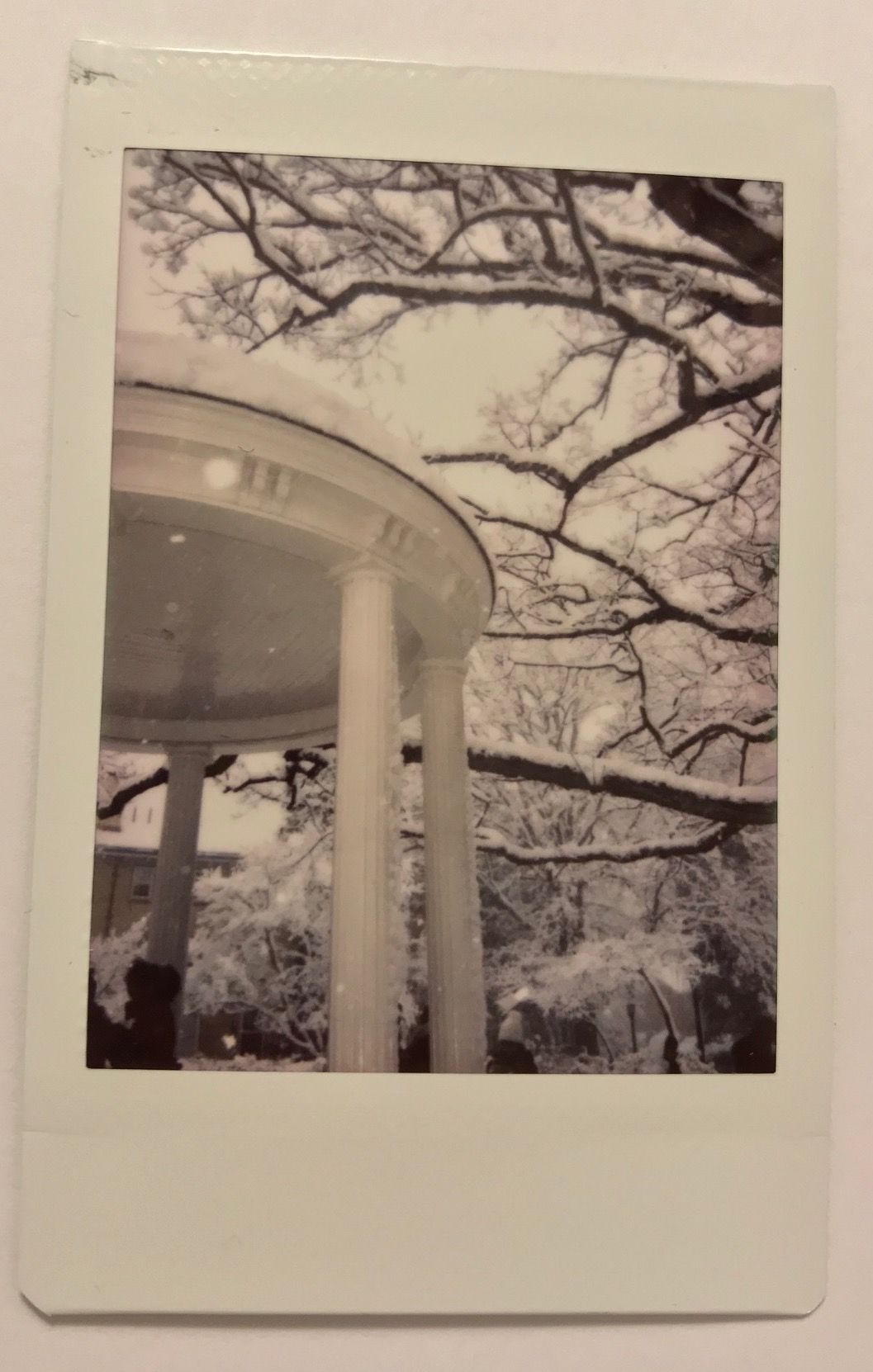 Right behind the Old Well, there was a giant snow-woman (according to its creators). It was at least two feet taller than me. 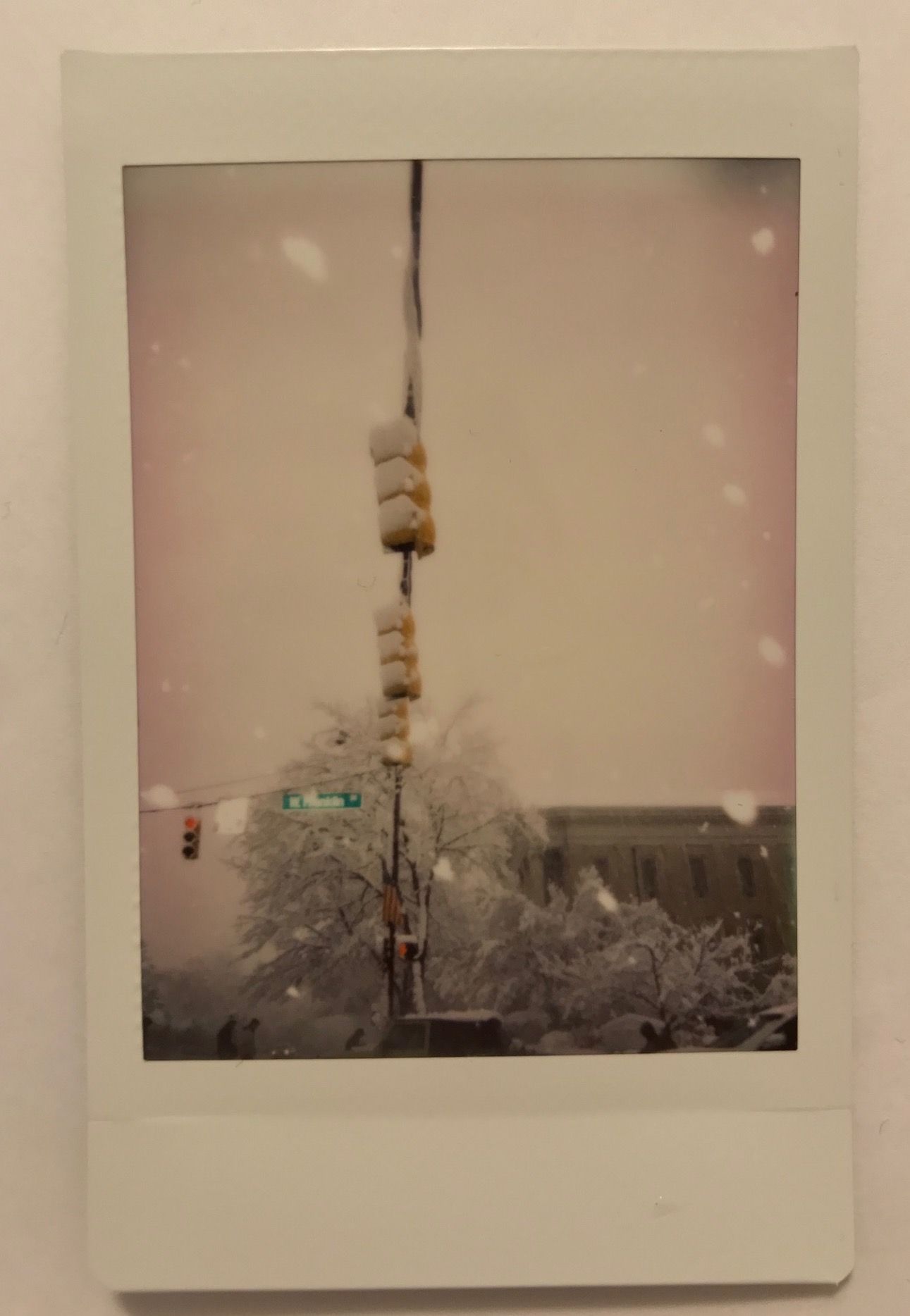 On the way back to my dorm, the last picture I took was of the West Franklin Street sign. After a long day of walking around campus, I can say snow days are one of, if not the most, beautiful times at UNC!