In case you haven't been keeping up with the saga that is Carolina Construction, Stadium Drive is currently closed to traffic due to construction for the indoor practice football stadium. Stadium Drive has been closed since December 18th — a few days after winter break began.

Unfortunately, the active construction means that your fave bus route probably has a detour. The U, NU, A and a handful of other buses are not servicing the Student Stores/ Union bus stop.

On-campus students received an email on Monday from Carolina Housing discussing how the closure might affect the return back to campus for spring semester. But if you don't live on campus, you might not have been aware of the current situation until FDOC. 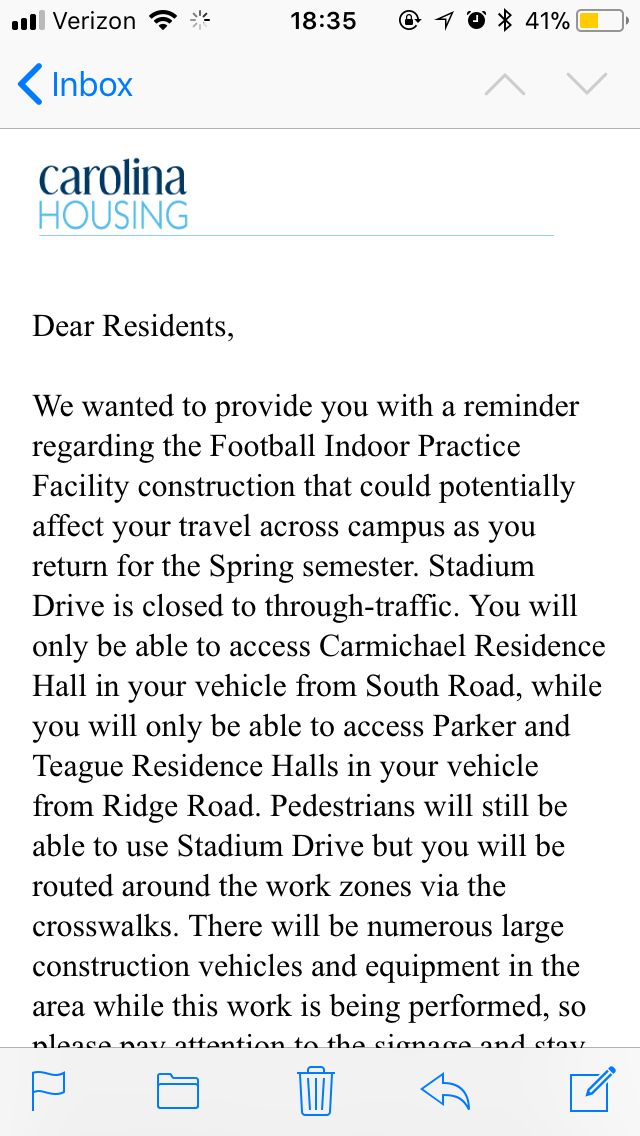 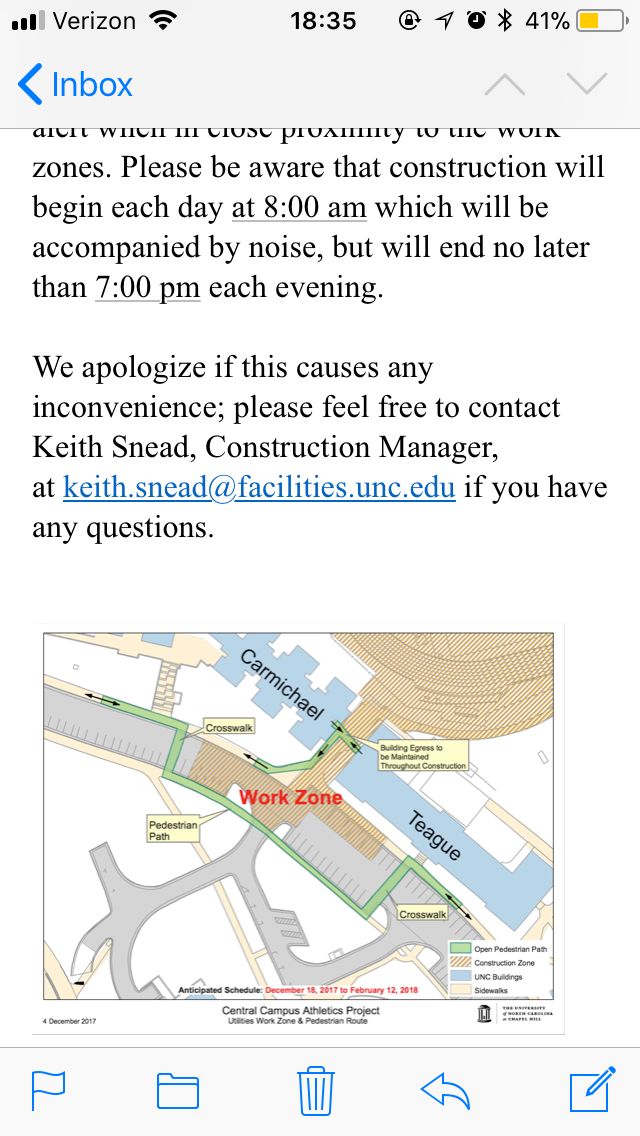 If you have the CarolinaGo app, beware. The app still shows Student Stores being serviced by buses that are currently using the detour. 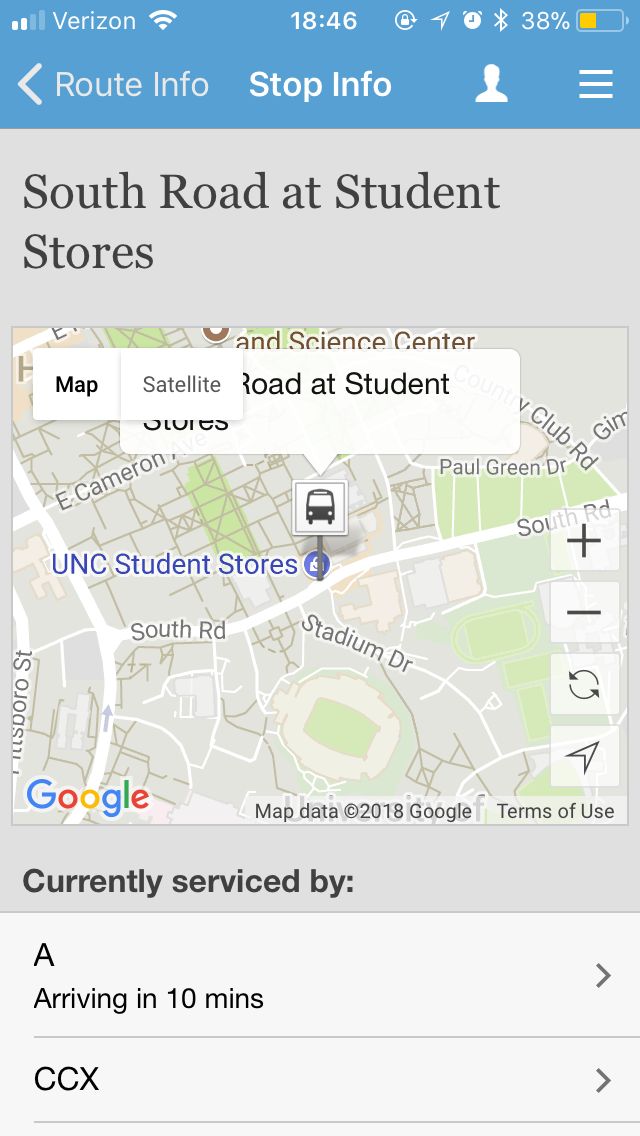 Hopefully the construction will be finished sooner rather than later, but since this is Carolina, we'll be lucky if it's done before LDOC.

Chapel Hill Transit has a full list of active detours on their site.

Plan accordingly and enjoy the rest of your FWOC.