Another week, another Carolina football loss. I'm not even saying this to be an asshole. I know our guys are doing their best, we're just having a rough season. And it looks like it's not getting any better: UMiami is a favorite for Saturday's homecoming game.

If you're wondering how Carolina could get consistently better at football, I came to this quick realization as I sat at Kenan under a blown out speaker, squinting as I tried to watch the game going on across the field from the tip-top of the student section: We need a stronger football culture.

I get it, we're a basketball school. But our other sports teams are devastatingly overlooked by the student body. Football is a fun college sport that is wholly engrained into many college subcultures. Why not here? 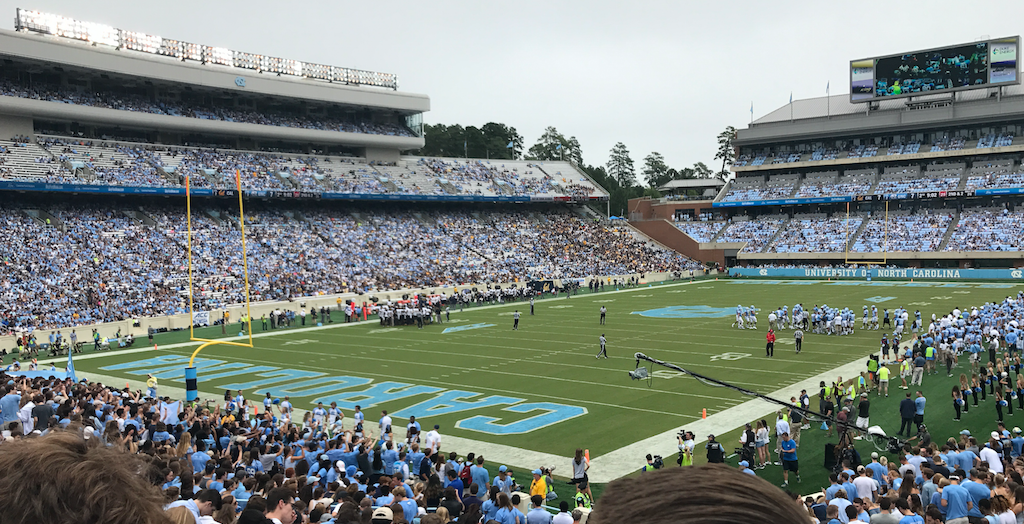 Most Carolina football games are filled with stuffy alumni — the "wine and cheese crowd" — and whoever manages to stumble over from getting messed up at the tailgate. Football isn't something that is highly cherished by our culture. Our band isn't celebrated. Our speaker system only works half of the time. And sans the sweet fans who paint themselves and the dedicated Carolina Feverers, our students are seldom taking over the stadium.

Let's start giving the players our love. I mean, gosh, they work their asses off for shitty compensation to financially support our school. Let's at least celebrate that.