What started out as a late night run to Waffle House ended up being one of the most traumatic experiences of my life, and a moment that I will never forget.

My friends and I, all black women, were trying to cross the street after leaving Waffle House, when we passed a group of intoxicated white guys who seemed to be frustrated with their Uber XL driver.

When the driver decided to leave without them, the guys began chanting “fuck the niggers!” and “fucking niggers!” They chanted it over and over, like it was their favorite melody. The fact that they were so comfortable saying what they did stopped me in my tracks.

I had never felt so angry and helpless at the same time. I didn’t know what to do. I couldn’t even respond. So we just kept walking. The chanting continued as we walked across the street, and even up until we entered a nearby drugstore.

Once in the drugstore, we thought it was over. But alas, assholes are assholes. 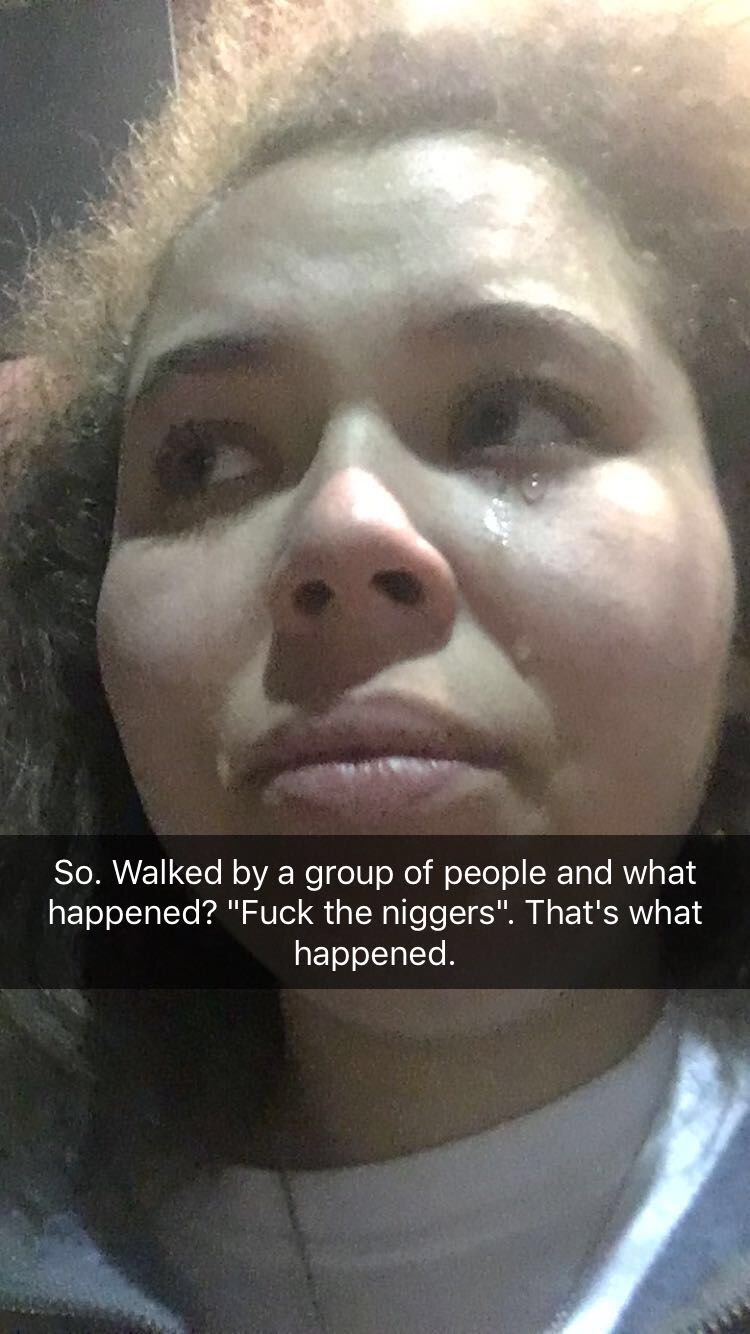 As we left, the same group of men then decided to shout “Are you walking or are you working?” And again, we were frozen. Furious, we knew we couldn’t react because of the potential issues that would arise. Had we responded with the same amount of vitriol they had, we would’ve quickly been written off as “angry black women” or worse. The sad thing is that black women, we have every right to be angry. We’re human and experience the same emotions that everyone else does. Yet our pain and experiences are constantly written off to make us seem less than. While I am pro-sex work, their comments were unwarranted and rude. 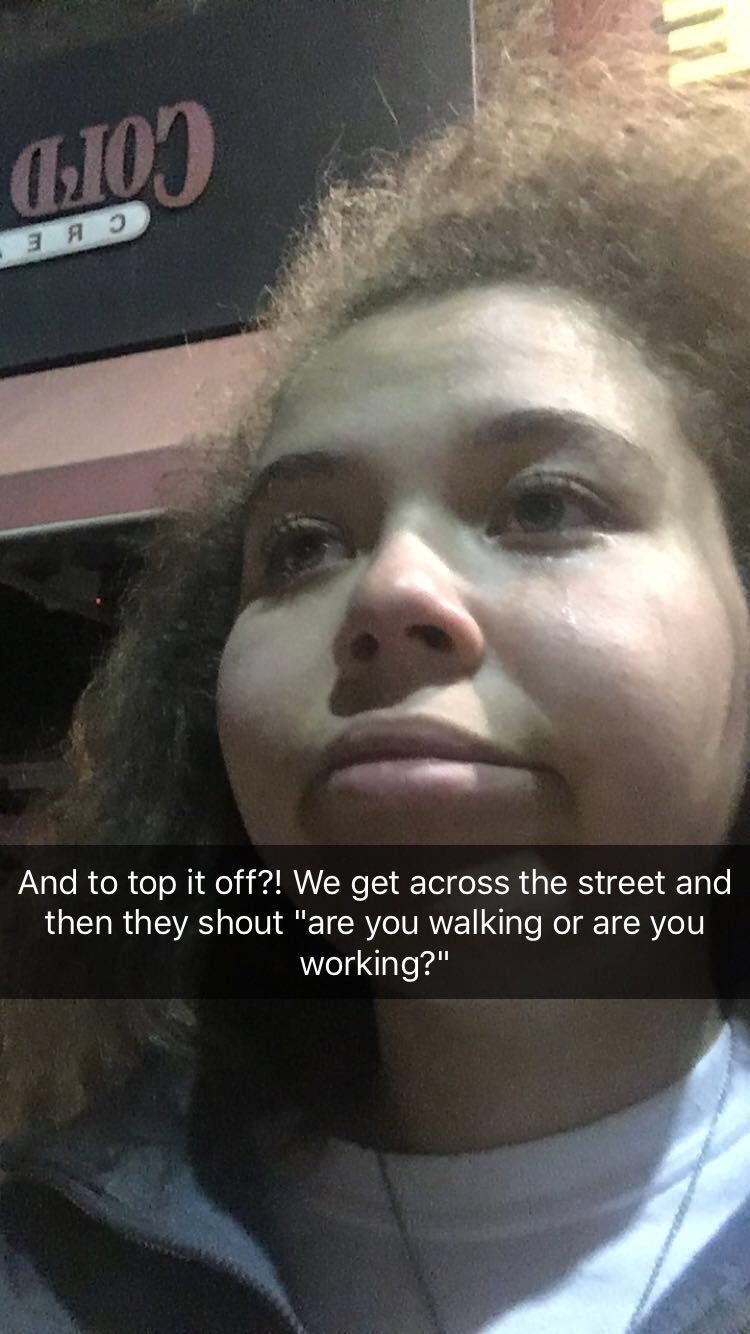 Within the span of 10 or so minutes my friends and I experienced blatant racism and sexism, so jarring that I’ll never forget it. 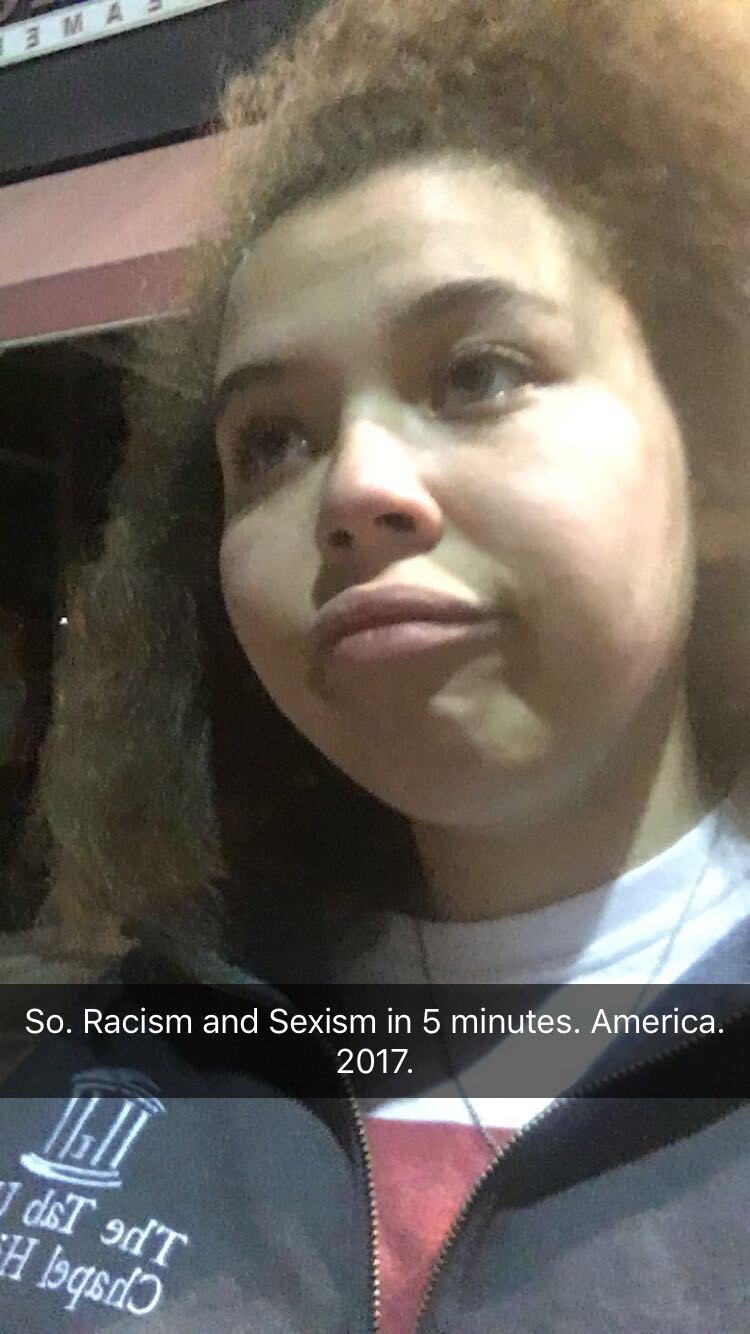 I always acknowledged the possibility of this happening to me or my friends, but that doesn’t make it any less upsetting or unsettling. As black women, we’re often able to go through our days without anything like this directly affecting us. But these things do happen more often than not. Moments where we’re terrified and angry at the same time because even though we knew this was possible, we just didn’t see it coming.

As a black woman in America, I just want to exist in peace. But that’s not going to be a possibility if white Americans don’t address the white supremacy problem that’s been killing black and brown folk for hundreds of years.