These are some of the most influential women at UNC

There are so many more, but here are just some of the highlights

This article has been updated.

International Women’s Day can be celebrated in many ways.  Maybe you and your friends get involved in women’s rights issues (cough cough, human rights issues) or maybe you just binge-watch every Beyonce music video in a row until you pass out from excitement.  No matter how you celebrate it, International Women’s Day is a day for women to celebrate each other.  Here at UNC, we have some pretty cool chicks that are worth talking about.

To put you in that Women’s Day spirit, here are some of the most influential women on UNC’s campus, whether students or faculty, making a change for the better and inspiring fellow women to do the same.

There are many more women that could make this article 100 pages long, but here are just some of the highlights. 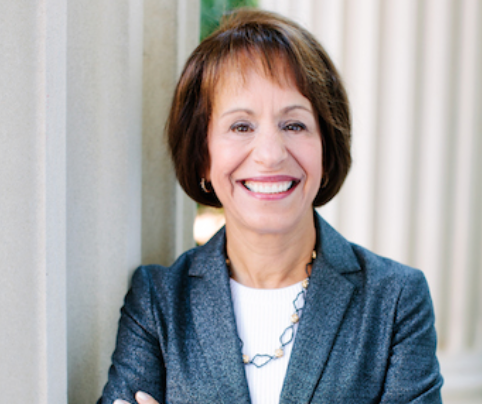 Of course, Chancellor Carol Folt must make this list. Not only is she a life scientist, teacher and overall awesome academic leader, Chancellor Folt embodies the Carolina spirit everyday by putting students first and working to make UNC a better place.  She has helped to continue Carolina’s reputation for research, innovation and entrepreneurship.  Make sure to give Chancellor Folt her well-deserved high five if you are lucky enough to be in her presence. 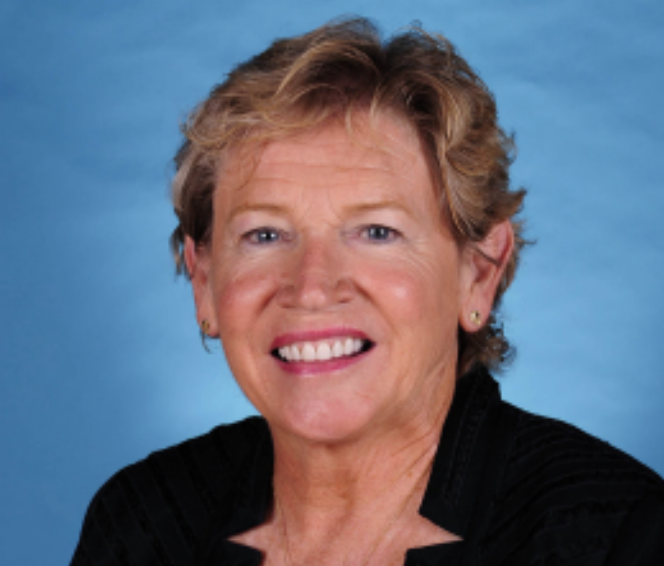 *Cue intro sequence* 3 National Championships, 8 ACC Tournament Titles and 3rd in all-time career wins.  Yep, you could say Coach Hatchell is pretty accomplished.  She was inducted in the Naismith Memorial Basketball Hall of Fame in 2013 as one of the most decorated women’s basketball coaches in history.  After a battle with leukemia, she came back to the court in full swing and led another great season in 2014 – 2015.  I guess you could call her career a slam dunk (sorry, I had to). 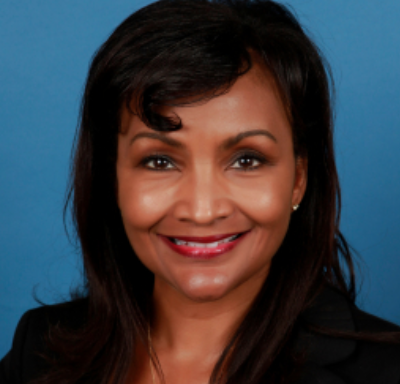 Allen is a UNC graduate herself and is the senior associate athletics director and CFO of UNC’s athletic department. She is involved in a number of committees, including the diversity committee. She’s the first African-American senior administrator for the athletics department and was recently awarded the Harvey E. Beech Outstanding Alumna Award in 2011. 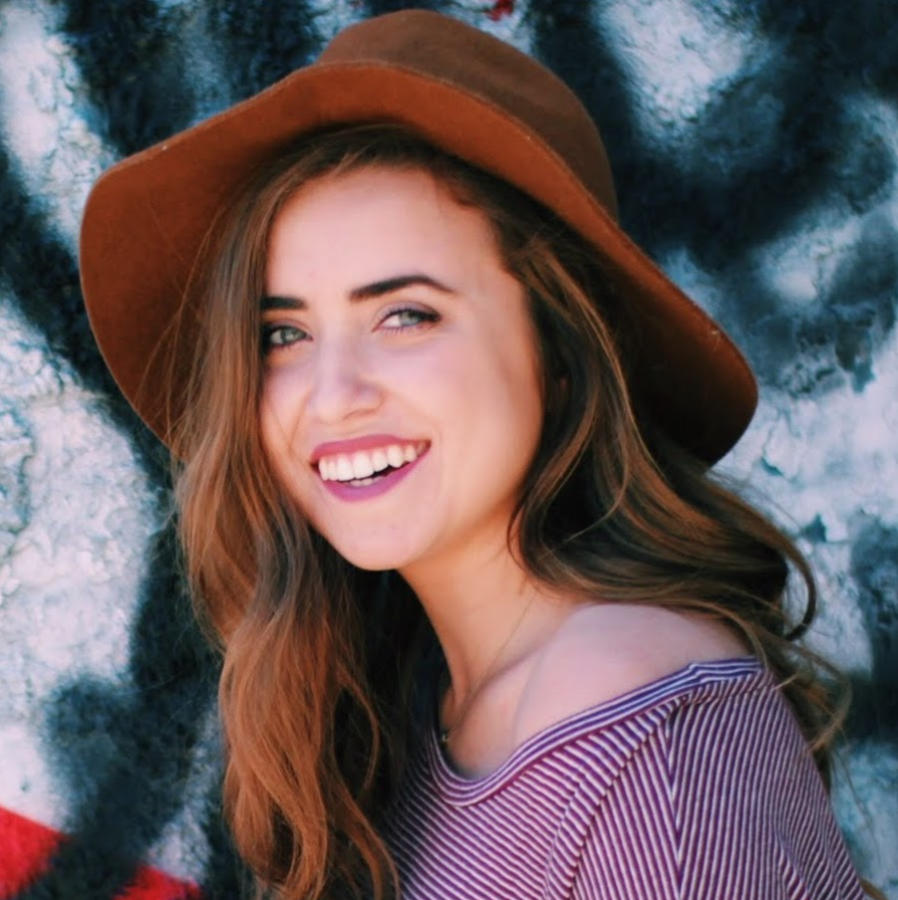 Now a senior here at UNC, Morgan runs her own YouTube channel with over 178,000 subscribers.  She puts out videos every week ranging from “Morning Routine” to “Freshman Year vs. Senior Year.” Morgan’s advice for success is to cater to your audience, as mentioned in an interview with The Tab over a year ago. YGG.

Susan King – Dean of the School of Media and Journalism 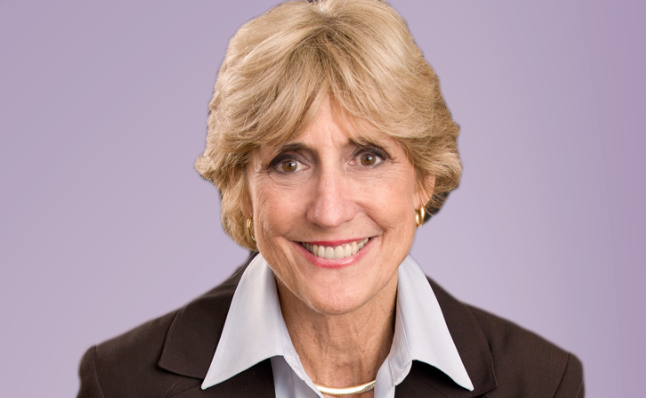 Dean King spent the bulk of her career as a news anchor — over 20 years.  She worked for various news outlets such as ABC News, CBS, NBC and CNN.  All of this experience made her an expert at journalism and strategic communications.  Journalism? More like journal-wisdom.  She’s now the dean of the J School along with being a professor.

Dr. Viji Sathy – Senior Lecturer in the Department of Psychology and Program Evaluator for the Chancellor’s Science Scholars 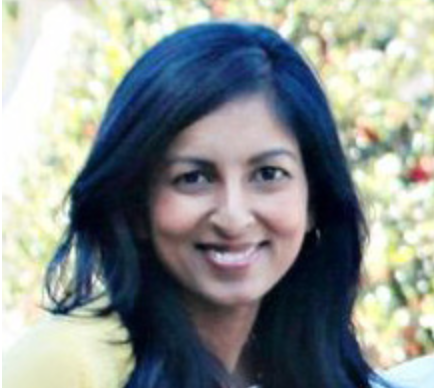 Dr. Sathy is a Senior Lecturer in the psychology department along with being a Program Evaluator for the Chancellor’s Science Scholars. She’s involved with many organizations on campus, such as “Heels United.” 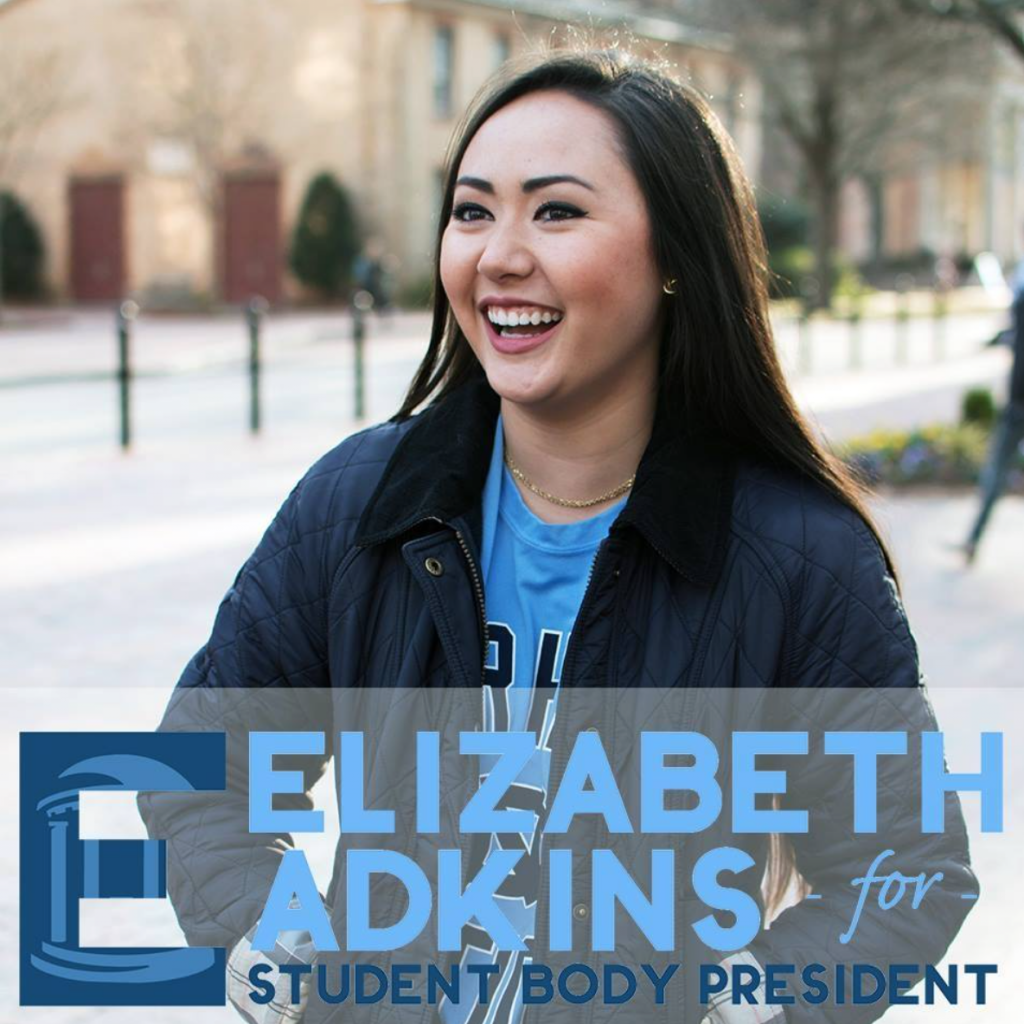 As the only female candidate currently in the race, Elizabeth is definitely making strides on campus.  She is running on a platform focusing on sexual assault, inclusion and diversity and mental health. 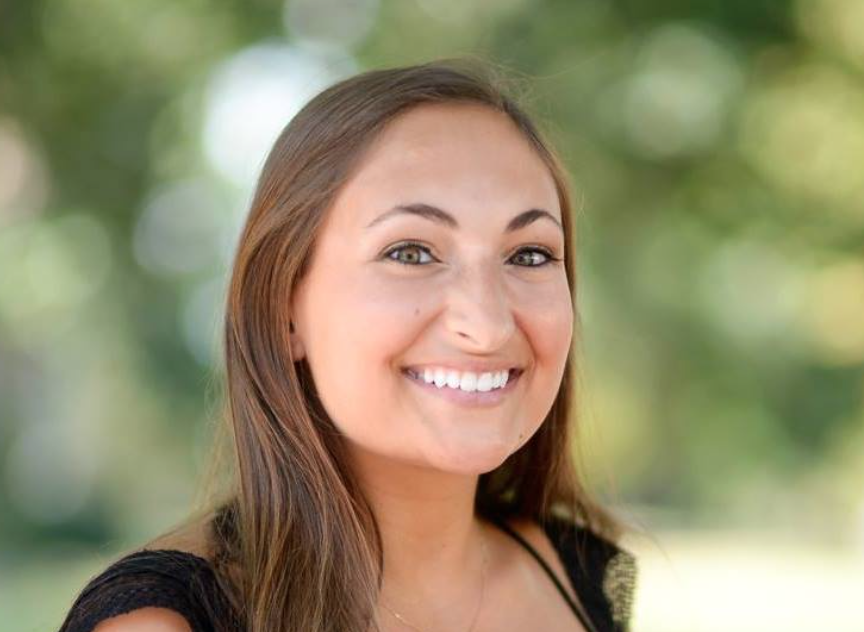 You probably already know her, but Karli recently won Senior Class President for the class of 2018.  Her and her VP Aaron Epps will be representing the senior class #onelasttime.  Karli also performs in the Loreleis — talk about double threat.

Sheila Kannappan – Associate Professor in the Department of Physics and Astronomy 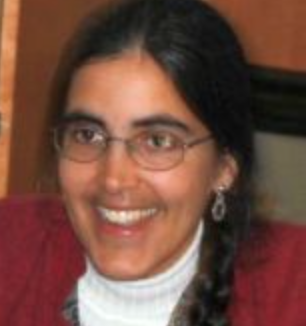 Kannappan is an Associate Professor in the Department of Physics and Astronomy and is involved with many workshops and programs at UNC. She is a Harvard grad and focuses on galaxy expansion and the structure of the universe. 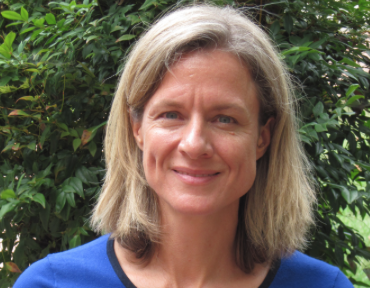 If you’ve taken a class with her, most likely ECON 101, then you know that Professor Balaban gets economics more than you have ever dreamed of.  She’s led countless projects on economics from the radio and music industry to sports and trade. Talk about supply and demand, am I right? (but really, am I right?)

Christina Cupello – president of the Panhellenic Council at UNC 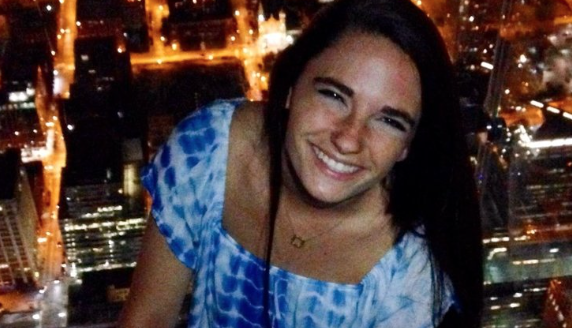 Christina oversees the entire Panhellenic Council and all the sororities in it.  She’s the ultimate sister and leader for over 2,000 women at UNC.

Lynneise Williams – Associate Professor in the Department of Art History

With a PhD from Yale, Associate Professor Williams is very influential in the Department of Art History at UNC. She is the author of Latinizing Blackness: Representations of Black Latin Americans in Paris, 1855-1933 and works on many projects and is currently on a team design the the North Carolina Freedom Monument Project in Raleigh, North Carolina. She was also recently awarded the Getty Research Institute Fellowship. 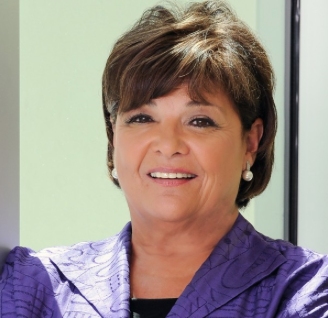 The dean of the nursing school comes all the way from the University of Miami and is ready to get down to business. Dean Montano has spent most of her career researching and improving health disparities in minority communities. Her addition to the faculty has been met with much excitement. 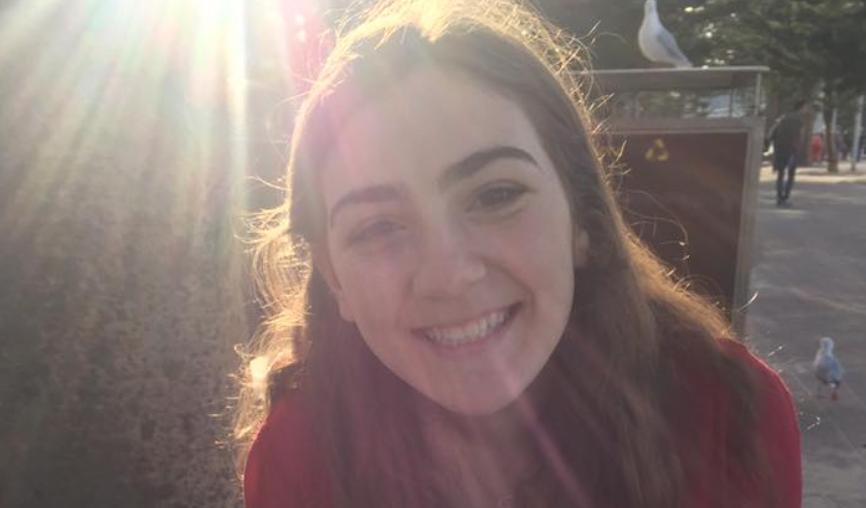 Harper is currently the president of Sigma Rho Lambda, UNC’s only Jewish sorority.  She helps to plan events, get members involved and works towards improving the Jewish life on campus. 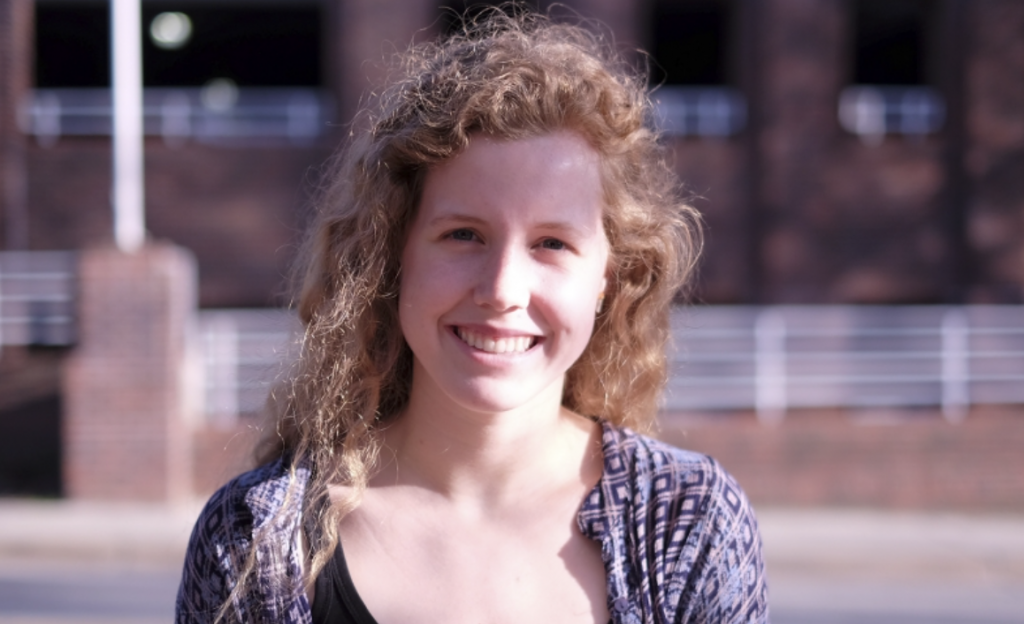 Jane ran on a platform of increasing diversity and extending more into digital, sealing her spot at the top.  Everyone has midterms right now, but she’s taking care of school work and the entire Daily Tar Heel. Her commitment to The Daily Tar Heel has shown through her years as a writer and making sure everyone gets a say in their community.

Regan Buchanan and Lauren Eaves – co-presidents of the Campus Y 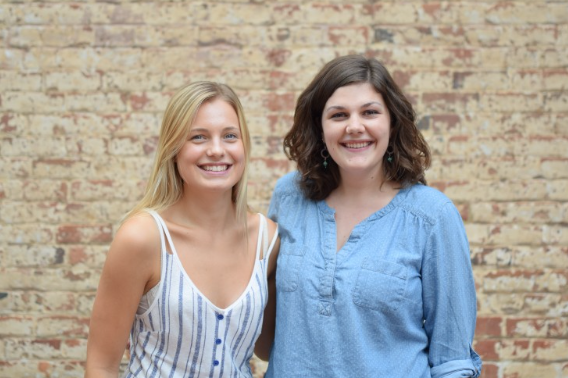 The Campus Y organization is involved with many social justice issues and these lovely ladies are the head of it all. Talk about learning to multitask!

Kumi Silva – Associate Professor in the Department of Communications 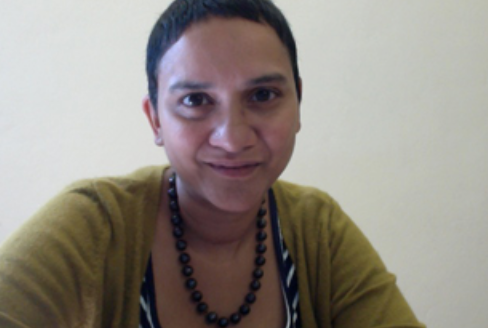 Silva is an Associate Professor in the Department of Communications at UNC. She is the author of Brown Threat: Identification in the Security State as well as co-editor of Feminist Erasures: Challenging Backlash Culture. She focuses on intersections of feminism as well as identity, post-colonial studies and pop culture.

As the saying goes, “Carolina girls, best in the world.” While we’ve seen this printed on a t-shirt hundreds of times, it’s nice to have some reassurance.  Happy International Women’s Day to all the women who make UNC great.

Update: The Tab would like to say how important everyone’s voices are to us. We would like to apologize for the lack of representation in the original article. As a publication, we aim for inclusivity and we are always aiming to be better at including all members of the UNC community. We appreciate your nominations.