I like Black Friday just as much as Thanksgiving

For the past few years, I have looked forward to Black Friday just as much as Thanksgiving dinner. The combination of the two makes Thanksgiving so much more fun for me. This is why I’m not a completely horrible human being for saying so:

Every year we hear the same old debate: as the stores open earlier and earlier, consumerism is taking over a holiday that is supposed to be about family. Let’s be real though, consumerism has taken over every holiday, so I feel like that shouldn’t even be a debate anymore.

I guess it starts with the fact that my family has never been super big on Thanksgiving. When your extended family lives in another state, it is extremely difficult to travel in such a short amount of time, and it becomes more of a normal family dinner instead of a big event. Typically, we’ve either gone to a restaurant or bought microwavable food from Harris Teeter. 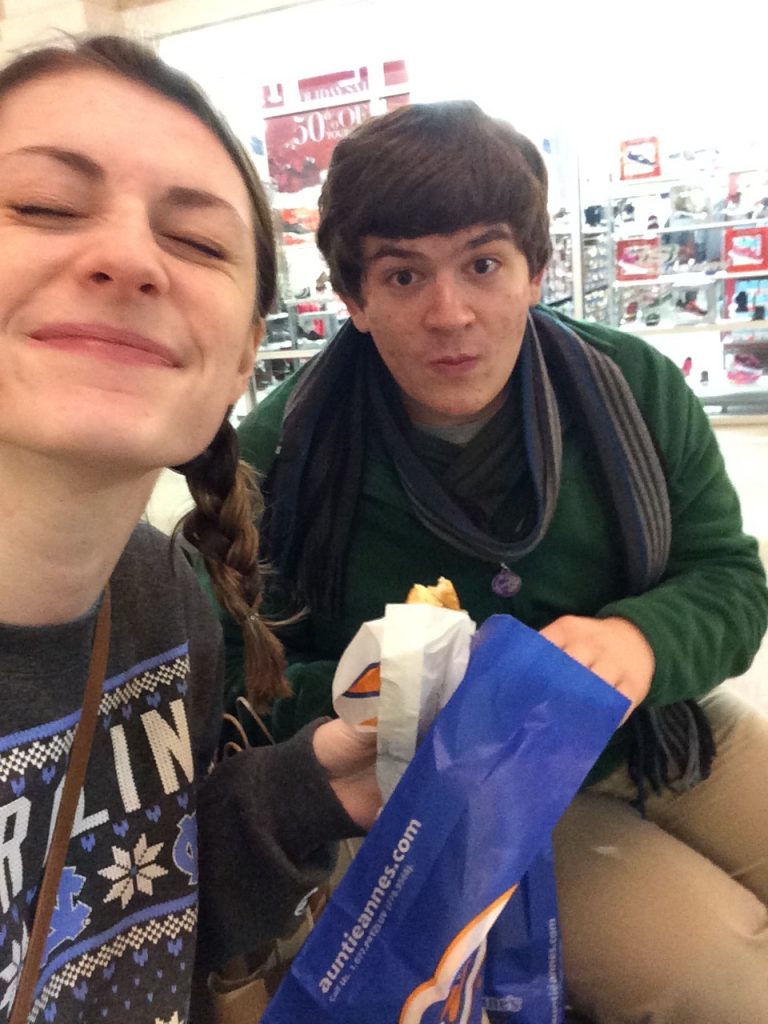 Since we were never big on the holiday, I missed out on an opportunity to have a crazy large Thanksgiving meal with friends and family alike. Not that I’m complaining–I love my fam. And that’s where Black Friday came in: the friends. I could see friends I didn’t get a chance to see on an everyday basis and spend an entire night with them making different kinds of memories than just eating a bunch of food together at a table.

To me, Black Friday is a thrilling, fun rebellion after a day of relaxation and food comas. 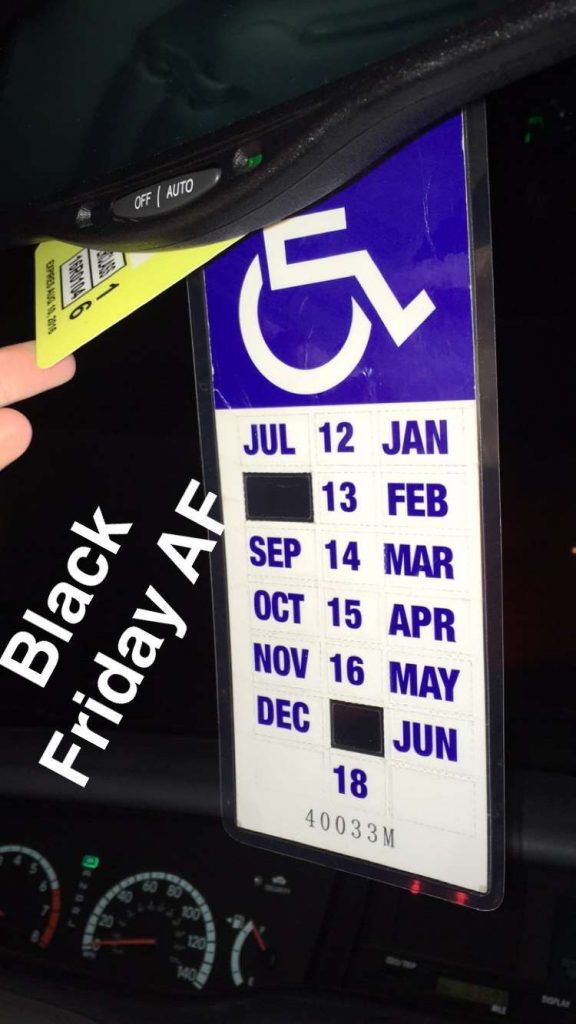 It’s caffeine and dark skies and screaming at the top of your lungs to songs in a packed car. It’s finding a handicap sign on the ground and using it to get parking. Even when the handicap parking sucks too. It’s walking through mall hallways at 3am and feeling like you could get in trouble at any second. It’s falling asleep on bedroom models in Macy’s and trying on huge men’s jackets that are 80% off. 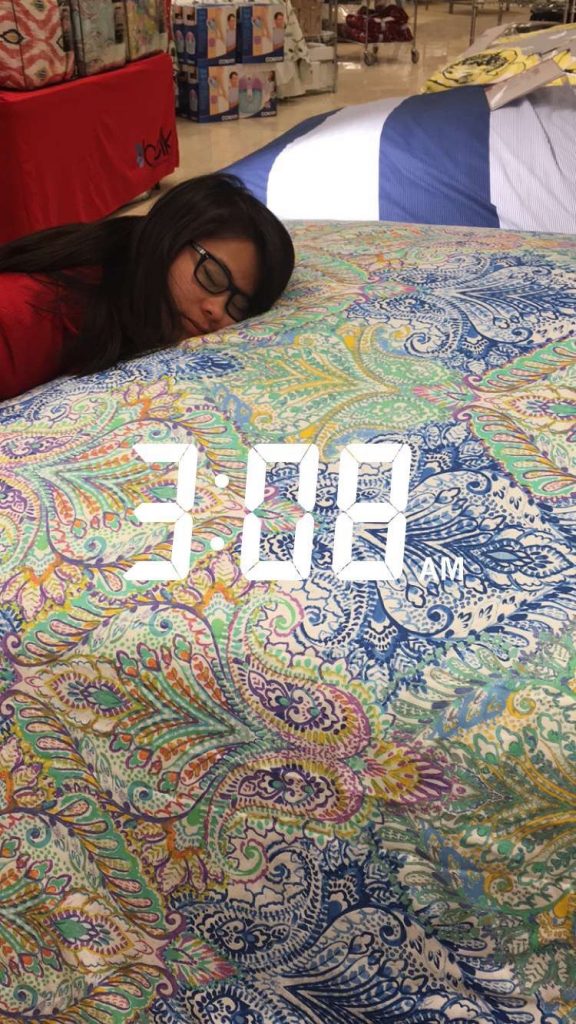 It’s dancing at 2am on the mall stage after spending way too much money in Urban Outfitters (because let’s be honest, even their sales aren’t sales). It’s freezing to death outside of the outlet center at midnight and running into Walmart’s scared for your life, even though your parents warned you never to go into Walmart for fear of their baby getting trampled. 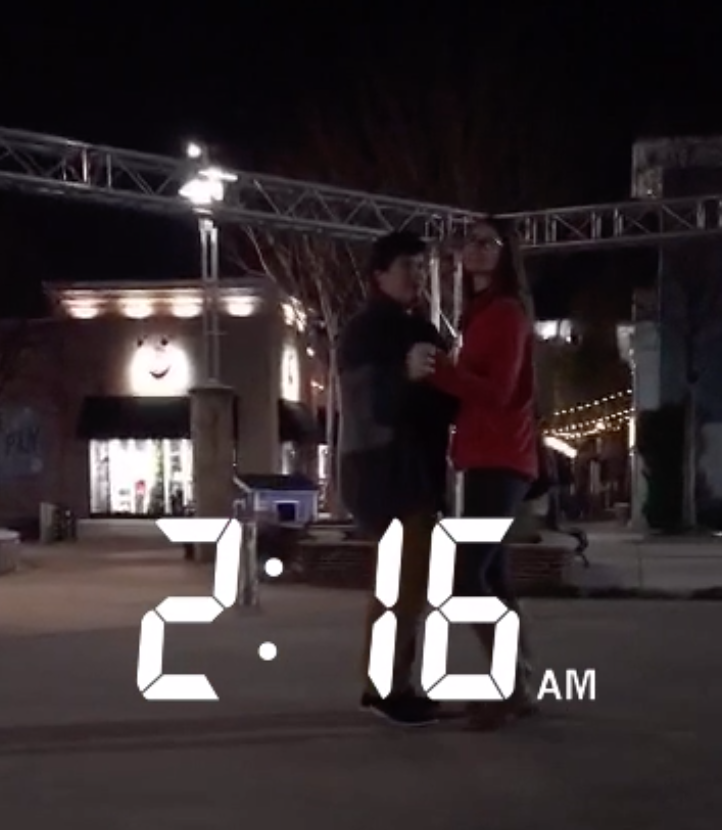 Yes, it sounds lame, but the idea of staying up all night and going to Denny’s for breakfast at 5am and then chugging an energy drink and getting back to the mall by 7am is so fun to me. It probably sounds miserable to most people but the crazy memories make it worth it.

Thanksgiving is about coming together, and to me that rule just happens to apply to me until I collapse on the floor Friday afternoon and nap the night–and yes, also the Thanksgiving food–off.