The best Obama quotes for all your political posts

It was a beautiful and terribly hot day at the Clinton rally where O-freakin’-BAMA spoke to a crowd that usually only a boy band could draw.

After multiple speakers, including Deborah Ross and Roy Cooper, and a guest performance from the maker of our theme song, James Taylor, Obama’s plane landed and he made his long-awaited entrance. His speech covered issues such as the importance of early voting, how America cannot let “that guy” in the Oval Office and how the progress that has been made throughout his terms cannot be erased.

In case you couldn’t wait in line for 10 hours or missed his speech for other reasons, here are some of the best quotes to make you feel like you listened to Barack himself. 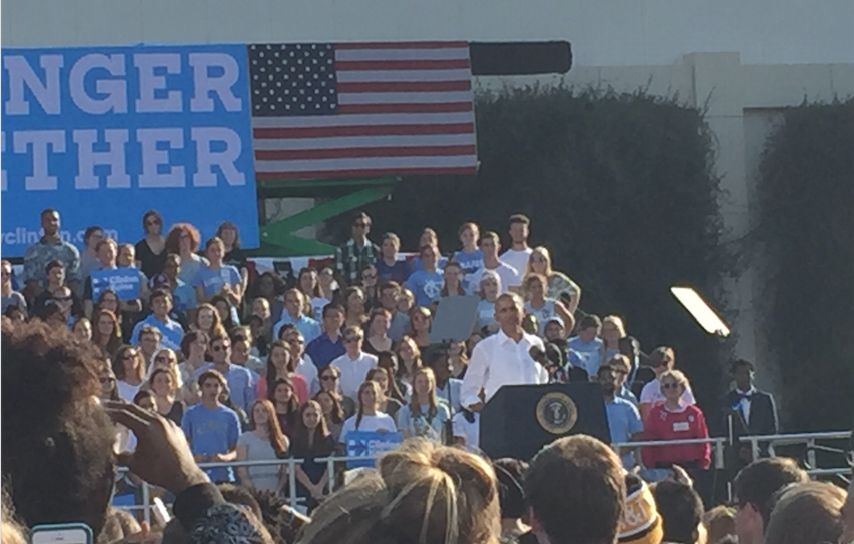 On the economic crisis

“I have been all over the 50 states and have seen what makes America great…we know we’re stronger together.”

“There’s only one candidate in this race that has devoted her life to raising up these United States.”

“[Without her] all the progress goes out the window.”

“Probably the most qualified person to ever run for this office.”

“She made me a better president.”

“She’s actually got plans to help.  The other guy isn’t much of a plan guy.”

“She works hard every single day.  I know.  She worked for me.

“The fate of the republic rests on your shoulders.”

“America depends on you, all of you.”

“You can swing an entire precinct.”

“I’ve had enough of politics.”

“I’m about to leave, so I’m just letting you know the truth.” 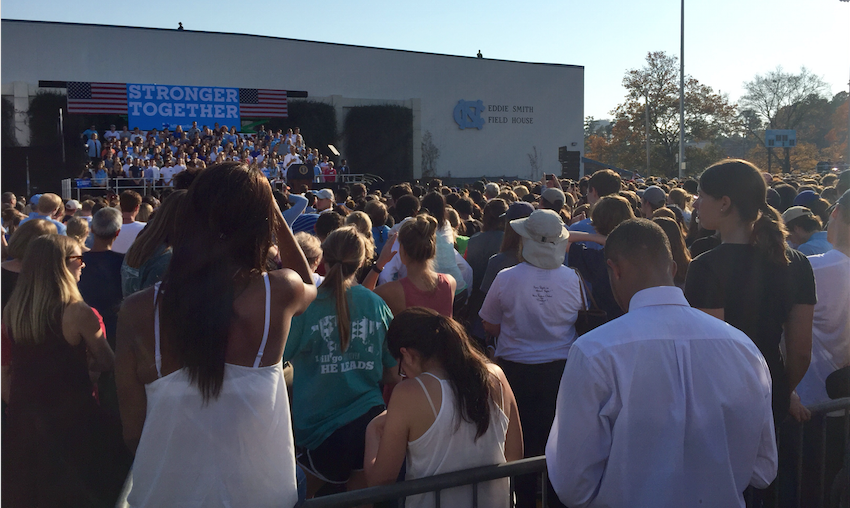 “Temperamentally unfit to be commander in chief.”

“The crazy has been normalized.”

“We have to stop thinking his behavior is normal.”

“It’s about what you are and who you are and it doesn’t change after you occupy the office, it just magnifies it.”

About someone threatening violence against a candidate (directed at Sen. Burr)

“I would condemn them in a hot second.”

“Gridlock is not some mysterious fog that just kind of descends on Washington, it’s not like some apparition that shows up, it’s not like a monster movie like ‘gridlock’s coming’, that’s not how it works.” (personal fav)

Get out there and vote, and in the words of Obama, “focus on some bidness.”