Everything you never knew about Carolina football: As told by Twitter

College athletes are known for their sport, but it’s always interesting to see what they do with free time. After checking out the Twitter feeds of some of the UNC football players, their interests are all over the place.

Mitch Trubisky is the quarterback on the field, and he is a leader off of it. His Twitter is mostly football-related, but he takes the time to give mention to some wonderful causes, like bringing 13-year-old Will to Hawaii to see a Carolina football game.

Please help raise money for 13 yr old Will. His wish is to see the Heels play in Hawaii! Check out link and share!https://t.co/A1erswNOi0

Elijah Hood is the powerful half of one of the best running back tandems in the nation. Off of the field, he focuses mostly on economics and statistics. In fact, his Twitter is split almost evenly between football and talk on economics theories.

Ever wonder what's going on economically this website has been pretty solid and explained it simpler that I thoughthttps://t.co/OPZEtQqqHC

T.J. Logan is the other half of that running back tandem for the Tar Heels. His Twitter is like anyone else’s, he is hoping to get the new iPhone 7 and hoping that one of his teammates wasn’t actually watching Dear John. He claimed Switzer was watching Rambo instead. 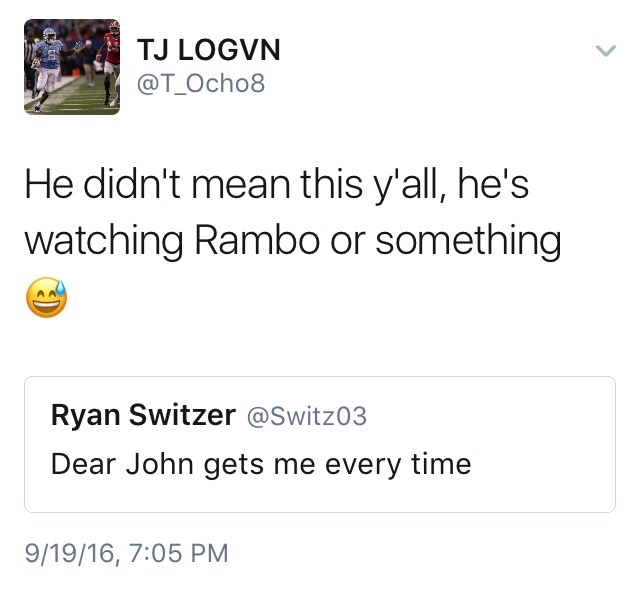 Ryan Switzer is a dynamic wide receiver in college football. He is also an engaged man. In the offseason, Gabie Dinsbeer said yes when he asked her to marry him. Since he is obviously doing something right, maybe T.J. shouldn’t bother him so much if he enjoys movies like Dear John.

Life with you is a beautiful thing! pic.twitter.com/o6OV8MmTgs

Des Lawrence is one of the top cornerbacks in the nation. His Twitter is mostly engrossed in professional sports like the NFL and the NBA. He would also like to star in the reality show “Real Husbands of Hollywood” and that is something that would be hilarious to see. He’s possibly the only person in the world that supported Kevin Durant’s move to the Golden State Warriors.

Andre Smith was recently named the ACC linebacker of the week. He loves to talk football on Twitter, but he also asked if it was a problem that he was one level 105 in Candy Crush. I haven’t played the game, but he’s probably put a lot of time into it to be that good.

Aaron Crawford is a dominating defensive lineman. He easily sheds blocks and makes plays in the backfield. He and Jeremiah Clarke, known by “Fat Melo” on Twitter, routinely trade jabs at each other. For example, when Jeremiah was bored and wanted to “slide in the DMs”, Aaron suggested he read his playbook instead. 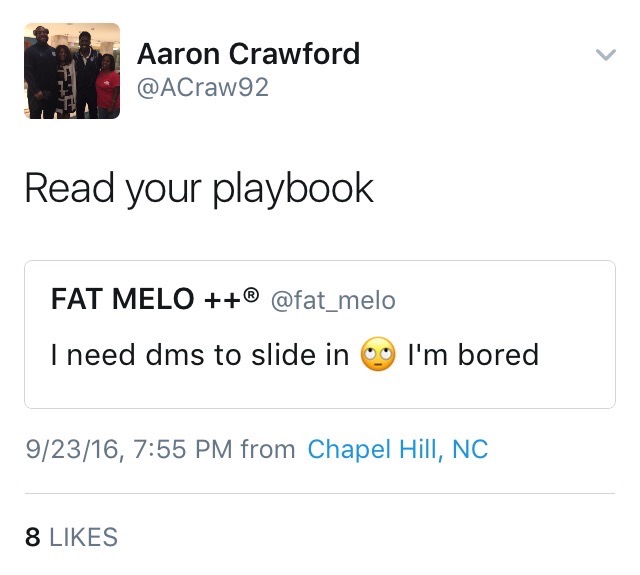 Nazair Jones is another talented defensive lineman for the Heels. While he also trades jabs with his fellow linemen, he gave mention to the organization he founded called MADE Men Mentoring. The organization is dedicated to mentoring youth in the area.

If there is a young man in your life who might need help movin in the right direction, PLEASE follow @MADE_Mentoring and let's work together