Her alleged rapist plays on the UNC football team

Sophomore Delaney Robinson, 19, held a press conference this afternoon alongside her father and attorney to allege that she was raped on campus in February. She accused UNC-Chapel Hill, the Title IX office and the DPS of mishandling her case and delaying holding her attacker accountable.

“Rather than accusing him of anything, the investigators spoke to him with a tone of camaraderie,” Robinson said. “They provided reassurances to him when he became upset. They even laughed with him when he told them how many girls’ phone numbers he had managed to get on the same night he raped me.”

The alleged rape happened in Ram Village, and Robinson says she reported it to UNC Hospitals the night of her attack. A rape kit was taken at the hospital, and doctors noted “blunt force trauma” to her genitalia.

“DPS asked accusatory questions like, ‘Did you lead him on?’ ‘What is your sexual history?’ ‘How many men have you slept with?'” Robinson said. 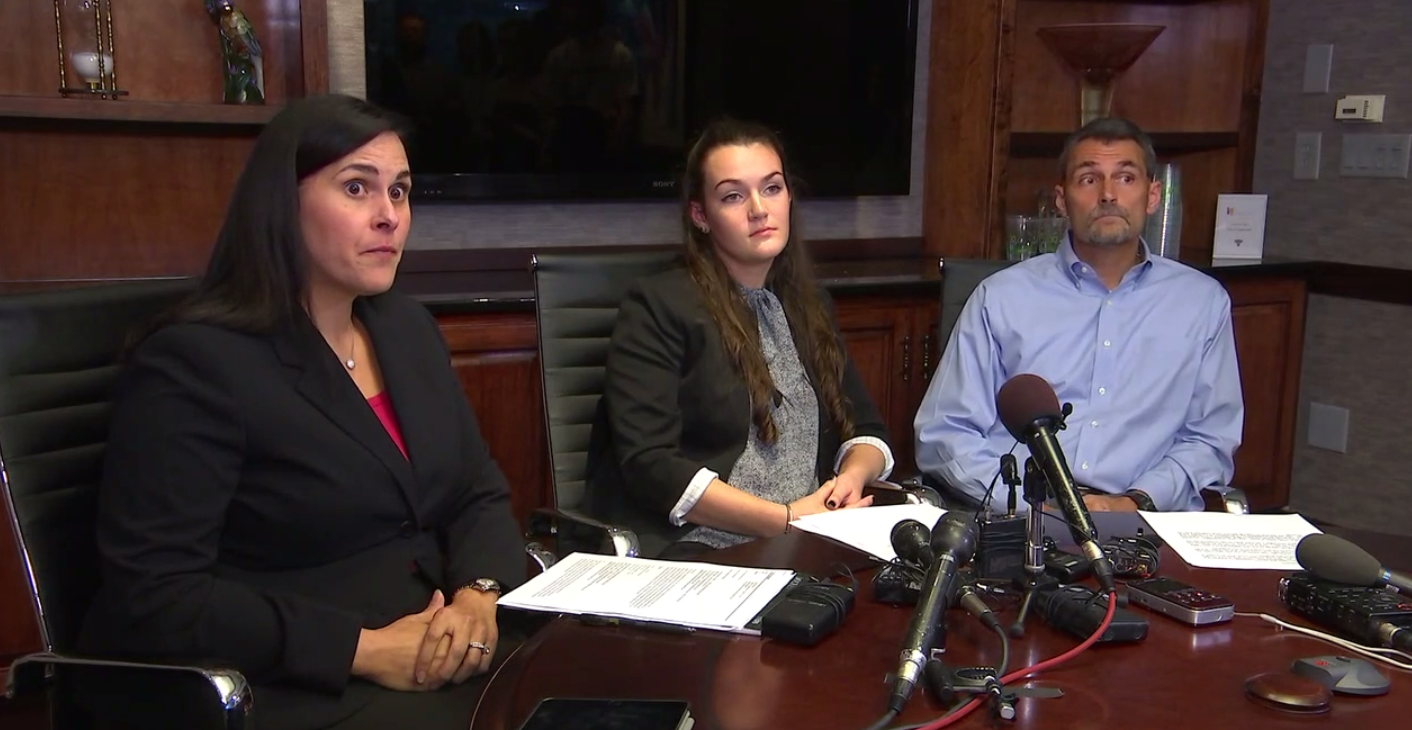 Robinson flanked by her attorney and her father this afternoon

Robinson went to UNC’s Title IX office on March 9, 2016, and according to their guidelines, her case should have been addressed within 90 days. Three months later, her attorney says, the case had not been satisfactorily dealt with.

Robinson’s BAC was recorded at the hospital the night of the attack. She was 18 years old at the time and drinking underage, but underage drinking is only punishable by (at most) a citation.

When Branch spoke with Title IX investigators and the Orange County District Attorney’s office, she noted according to the Title IX guidelines, active consent is required for consensual sexual intercourse. Because Robinson was drinking and there was an absence of consent, Robinson’s BAC was irrelevant.

The Assistant DA said, “Unconsciousness is rape, blackout drunk is not rape.”

Branch said she received an email from the Orange County DA’s office on August 2nd, 2016, announcing they would not be pursuing criminal charges in the case. However, earlier this morning, the DA’s office reported the case is open and ongoing and charges could still be filed. 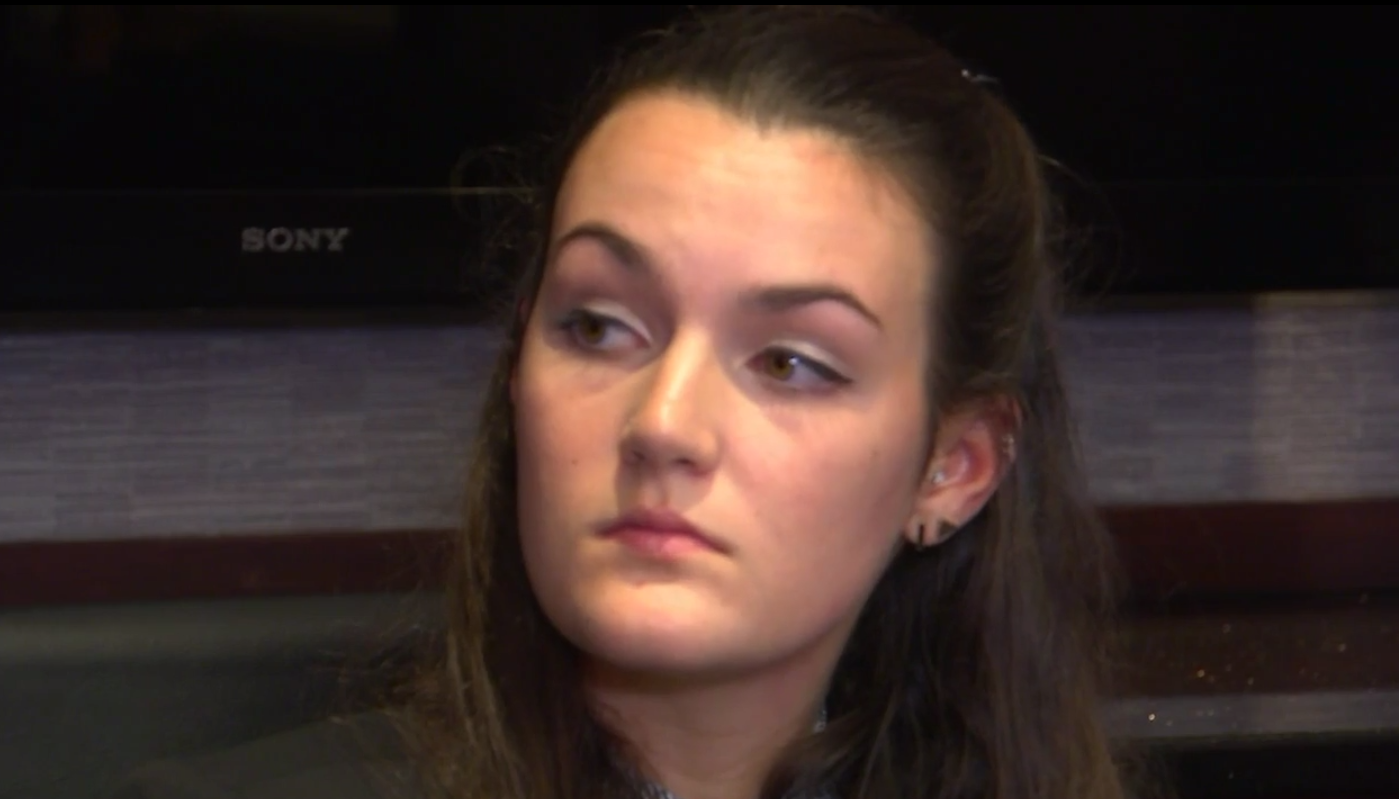 Although the alleged assault happened in February, Branch said they didn’t come forward until now because they wanted to give UNC the time to investigate and take action. Then she said, “We have given them more than ample time to act.”

The Chapel Hill Police Department has not been involved in the investigation since the alleged attack happened on campus and is therefore under the jurisdiction of the Department of Public Safety. When Branch was asked if they’ve contacted the UNC athletic department since the alleged rapist is on the football team, Branch said they shouldn’t have to. “This is not a case of us against anybody.” 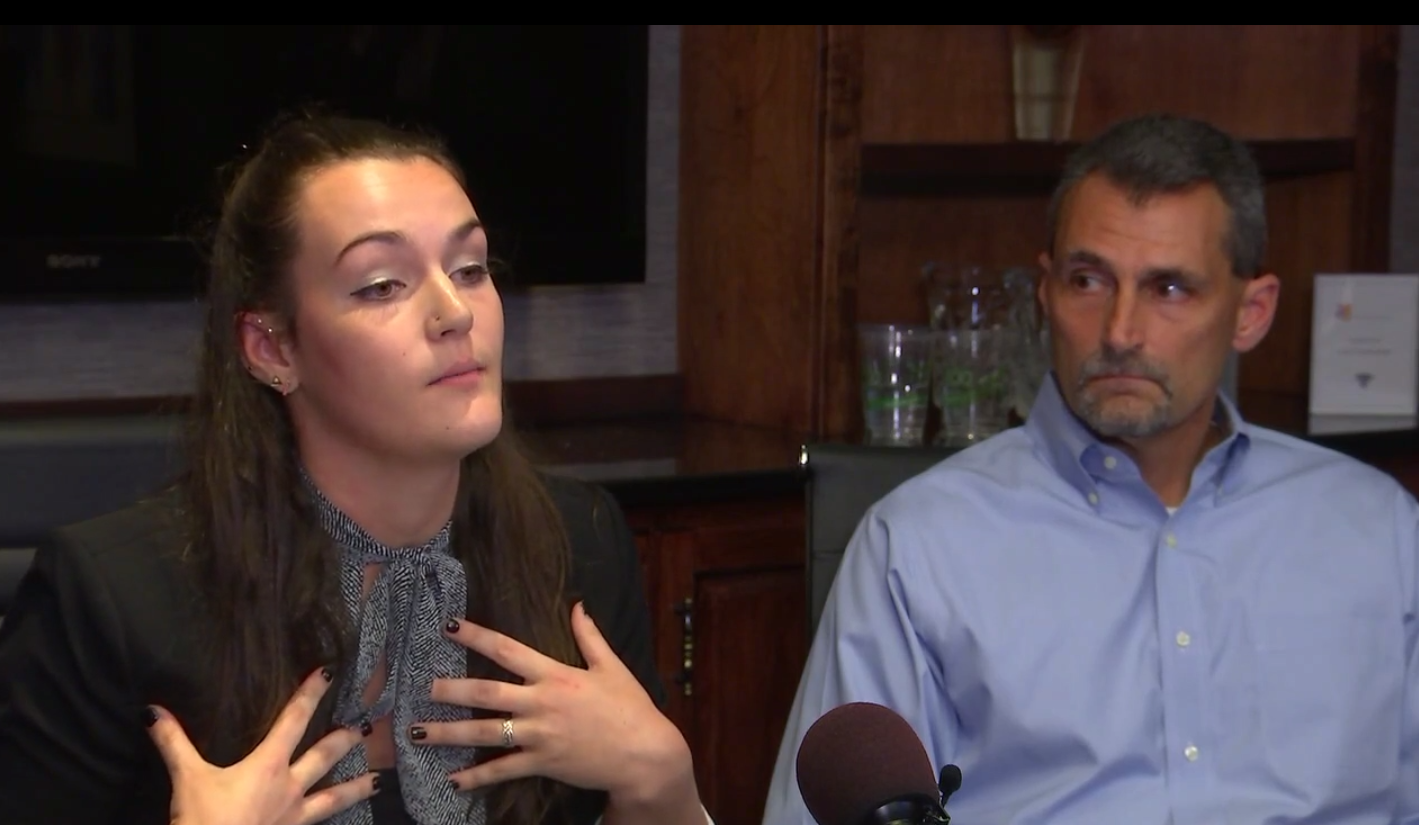 Robinson said when she sees her alleged attacker around campus, “it’s distracting,” but when asked if she was thinking of transferring, Robinson shook her head, smiled and said, “UNC’s my home.” Her father said, “She’s insisting on staying where she is.”

The Apex, NC, native is on the hip-hop dance team at UNC, pre-business and minoring in French.

Her father said, “What happened to my daughter was a crime.” Robinson said, “I did everything a rape victim is supposed to do.”