Gender neutral bathroom signs ripped down in the Campus Y

This afternoon, workers for the Facilities Planning Department tore down gender neutral bathroom signs in the UNC Campus Y building. They were replaced with standard signs. 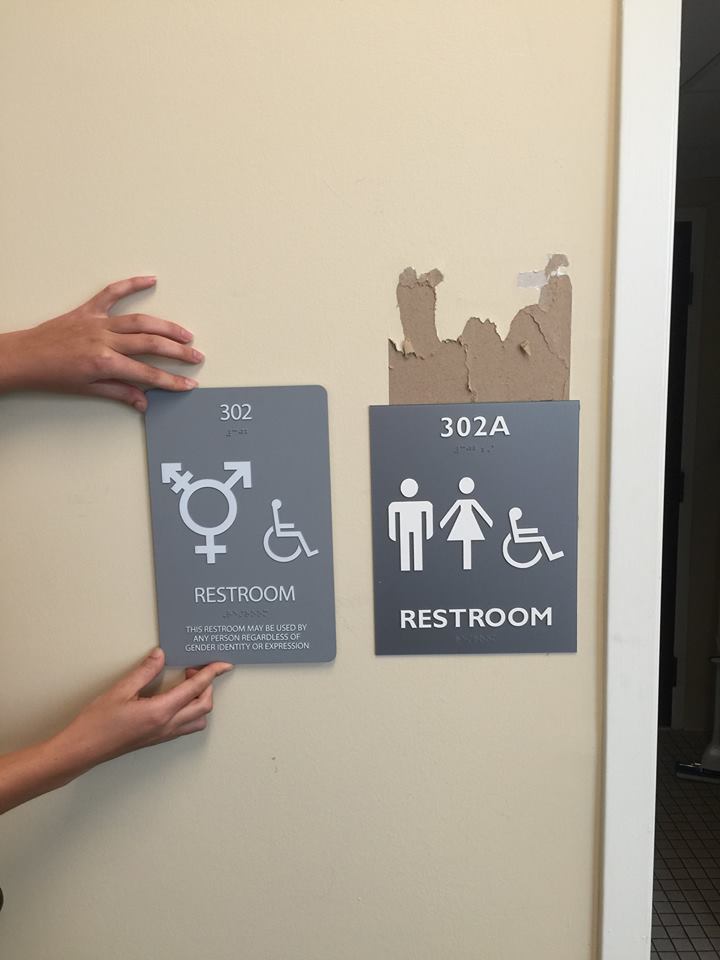 After House Bill 2, known as the “Bathroom Bill,” was passed on March 23, 2016, the UNC system announced it would uphold the discriminatory legislature.

The Campus Y has always been a safe place for students to go for more than 150 years. The center itself is known for social justice and social innovation. The Y is known as a leader for discussion and dialogue about service and activism.

The sign that was torn down read: “This restroom may be used by any person regardless of gender identity or expression.” The new one says only the room number.