Joel Berry II and Isaiah Hicks will return for another season

Inside Carolina and Go Heels released news that current UNC junior Kennedy Meeks and sophomore Justin Jackson are both submitting their names for the NBA draft. Joel Berry II and Isaiah Hicks will be returning to UNC next season.

Received official confirmation that Joel Berry & Isaiah Hicks are not declaring for draft.

Meeks confirmed his decision in a few tweets.

Don't knock it until you try it!! I'm blessed either way!!

According to Inside Carolina, Head Coach Roy Williams said: “Justin and Kennedy have our complete support in taking this step.”

Meanwhile, sophomore Joel Berry II took to Instagram to explain his decision to stay at UNC. 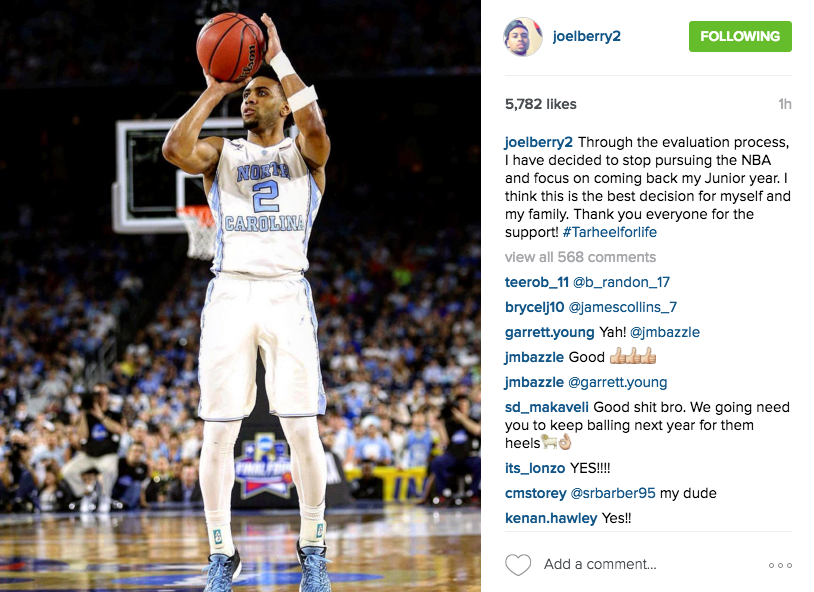 Jackson and Meeks have not hired agents and are eligible to return to UNC for next season if they withdraw their names before May 25th.