Someone spray-painted ‘TRUMP’ on the Parade of Humanity mural

The artwork from 1997 was defaced with bright yellow paint

The Parade of Humanity mural on the Carolina Coffee Shop wall has been vandalized. Someone spray-painted the word “TRUMP” over the mural in large yellow letters.

The artwork, located in Porthole Alley next to Franklin Street, was designed and painted by Michael Brown in 1997. It was restored in 2008 by the Painted Walls Project at UNC. 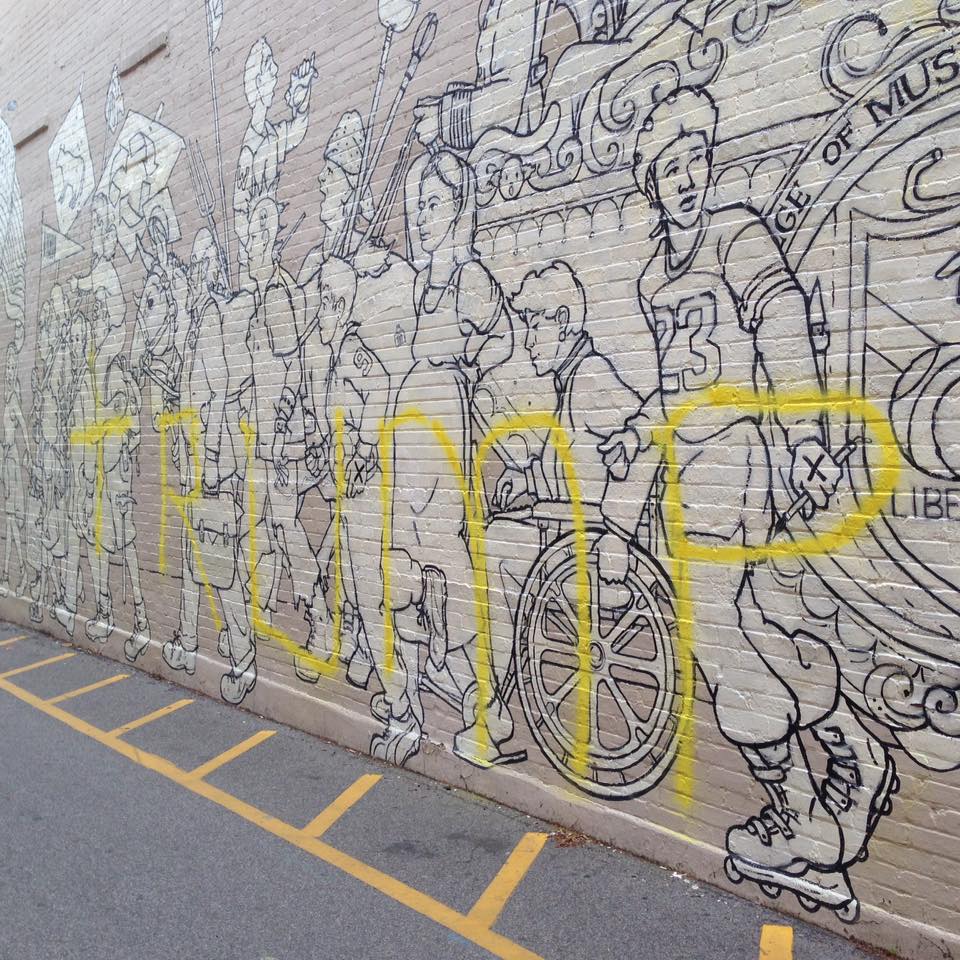 Nate Wagner posted the photo of the mural tag on the Overheard at UNC page this morning. He noticed the message on the wall when he got off the NU bus this morning around 9.10am.

Nate said: “I’m glad to see much of the public student response concerns itself with the general distastefulness of defacing of non-political, publicly-shared spaces/artworks with political slogans, regardless of ideological content.

“There’s not a visible, vocal, credible pro-Trump faction at UNC. It’s an almost singularly isolated incident. And while a pro-Trump tagging may generate more outrage than the Black Lives Matter tagging, it will blow over quickly because of these factors.”

Carly Wooten commented on the Overheard post: “Yeah a mural about diversity and uniqueness coming together is covered by TRUMP. Way to prove that your candidate is looking out for everyone…Smh.”

This vandalism comes just a few days after a car belonging to the former UNC College Republicans chair was vandalized. Earlier this month, someone chalked the words “TRUMP 2016” and “build that wall” in front of the Old Well.

We reached out to Michael Brown for a comment, but received no response.