Behind the scenes in Houston: I stayed in the same hotel as the basketball team

When we heard UNC was going to the Final Four, my family and I traveled to Houston to watch them take on Syracuse. Once UNC won that game to advance to the NCAA National Championship, we raced to the bus so we could make it to the hotel in time to welcome the team back.

About 10 minutes after we arrived, the cheerleaders lined up, the band members took out their instruments and the cheers and music commenced. The team walked in to the “Here Comes Carolina” fight song blaring and ecstatic fans cheering in celebration. 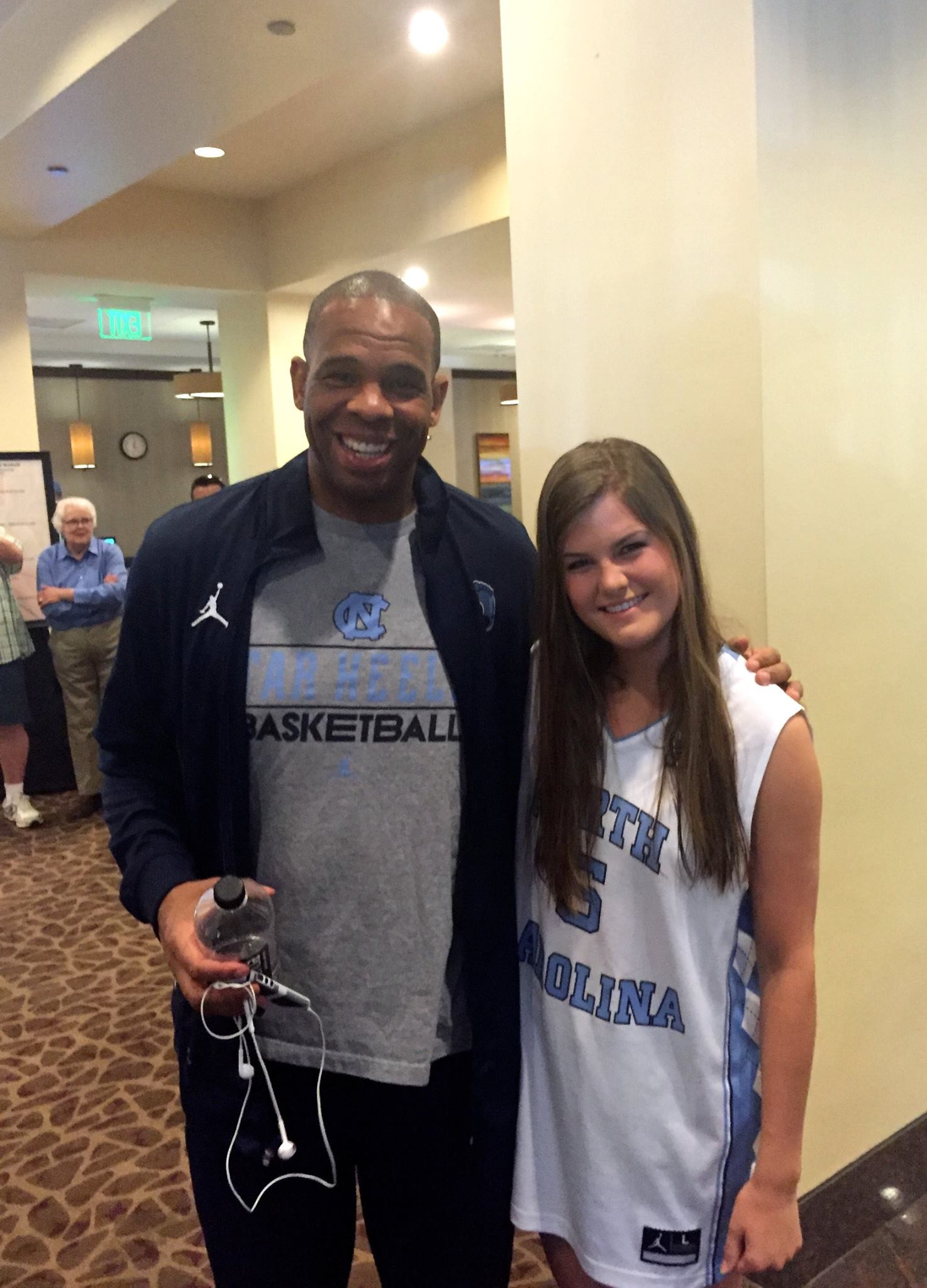 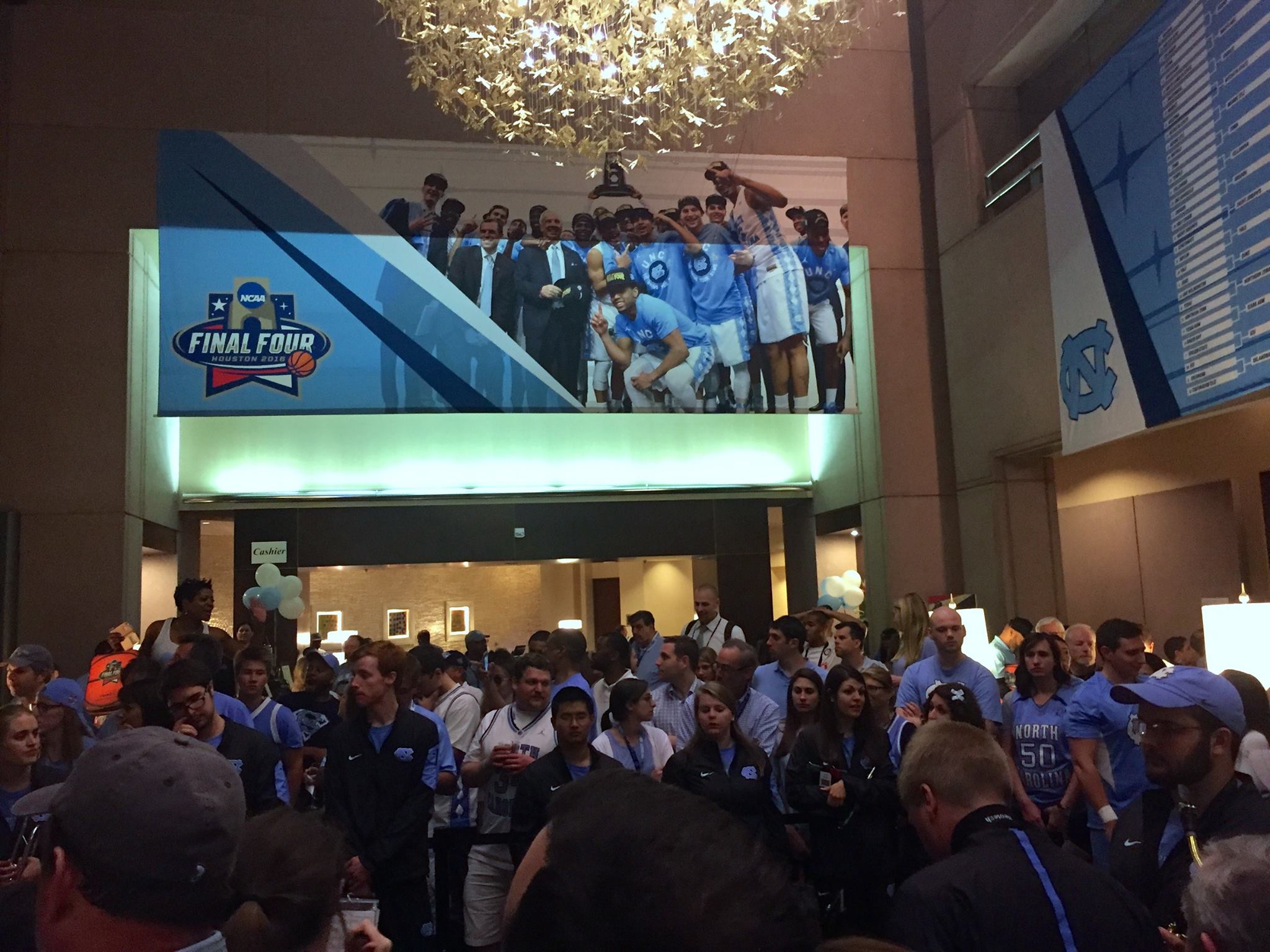 You could tell the coaches had told the players to walk straight and quickly to the elevators, but many of them still shook the hands that were stuck out at them and couldn’t help but smile at the pride and excitement that was radiating from the room.

We all hoped this was what the picture would look like two nights from then, hoping that by then we would have secured the national title for the first time since 2009.

Over the next couple of days, the lobby was constantly swarming with Carolina blue. Between the alumni chilling at the bar, merchandise being sold and banners hanging on the hotel walls, the Tar Heel spirit was never lacking.

Monday morning, fans gathered to see the team off to their last practice before the big game. People shook hands with players and coaches, took pictures with them and sent them forward with more personal good-luck wishes. 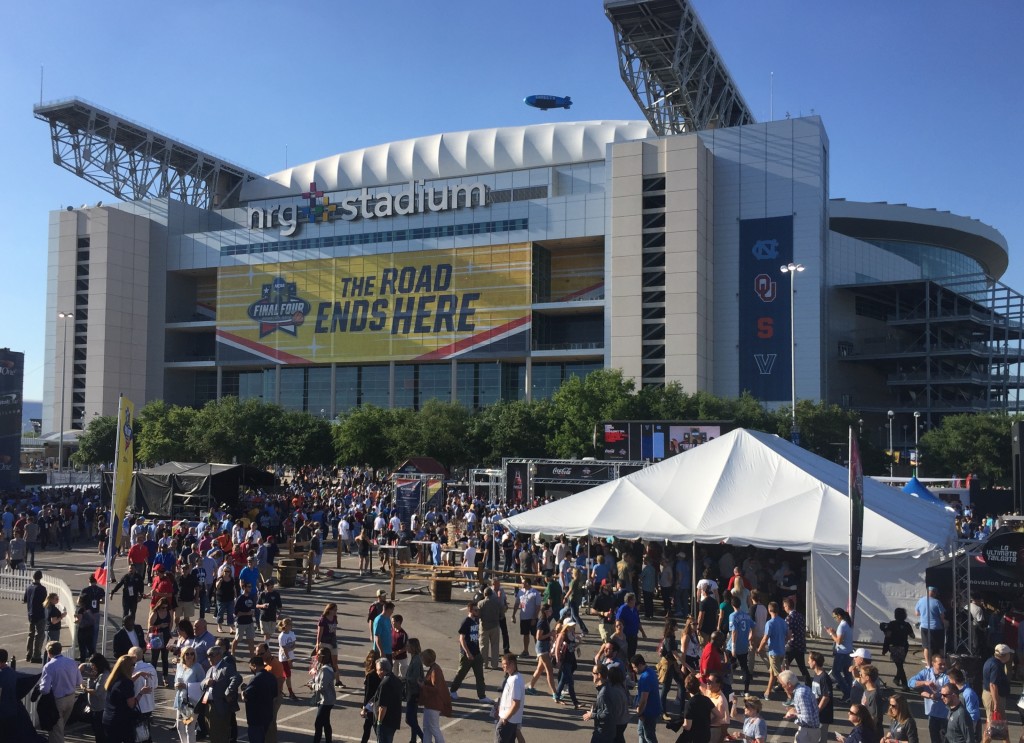 When the players got back from shooting around, I was sitting in the hotel Starbucks studying and caught a glimpse of Brice Johnson walking in goofing off and Kennedy Meeks following behind laughing. A few others joined in with them, too, just having some fun before the pressure amped up later.

It was a short moment, but it made me smile. It was a moment that was so ordinary, yet showcased the team’s closeness – the same closeness that warmed our hearts all season long and prompted Roy to say this may well be his favorite team of all time. 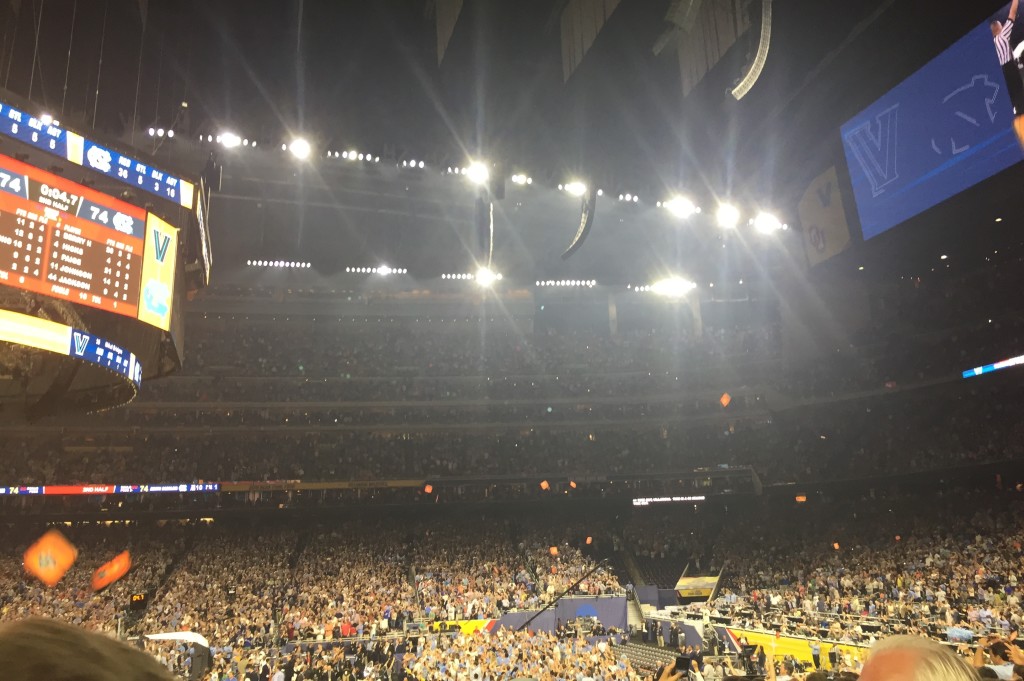 At the end of that night, the picture did not look exactly how we had hoped.

But even though the season ended the heartbreaking way it did, when the team came back, the hotel lobby was packed to the absolute brim. I would even argue it was more crowded Monday night after the loss than it was Saturday night after the Final Four win.

When the bus rolled up, the cheerleaders lined up once again, the band set up and “Here Comes Carolina” played for the last time this season. The crowd cheered and clapped as the team walked through to the elevator.

Many of the players looked emotional, as expected. Some, though, had managed to reign in their emotions as fans cheered and congratulated them on a successful season. The elevator closed to a loud, proud “Go Tar Heels” chant. 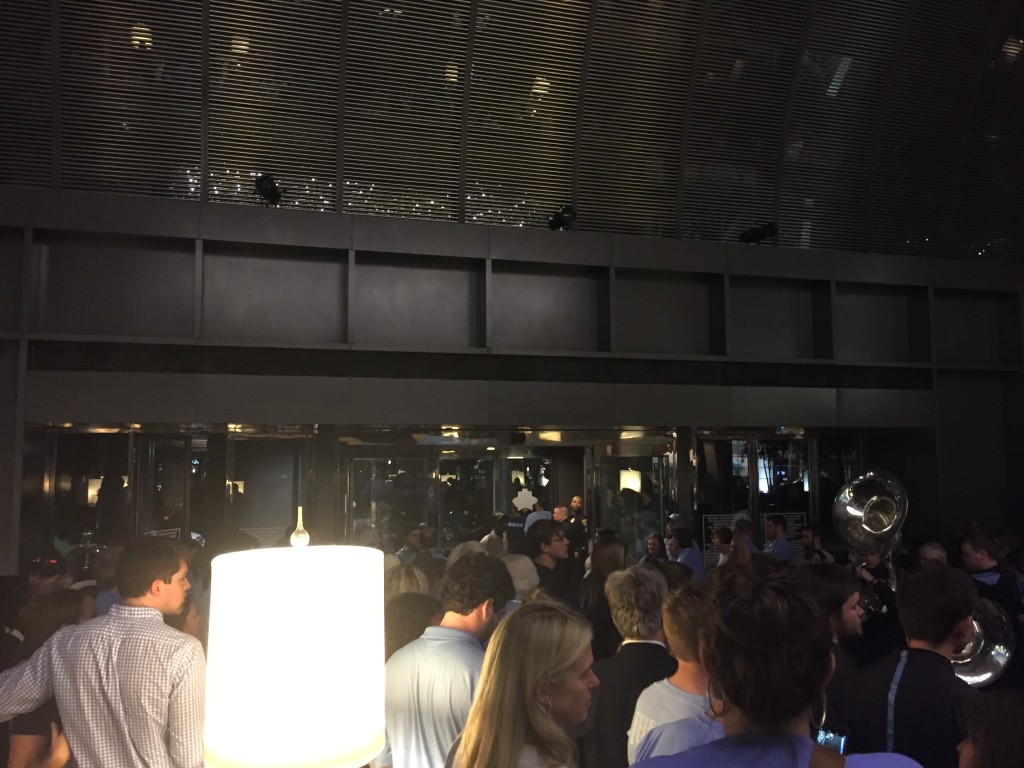 Fans gathering before the team’s bus arrived Monday night after the game.

So no, Monday night’s result wasn’t what we had imagined in our heads. At least, it wasn’t in the sense that we didn’t come home with the win. However, it was in the sense that the warmth of the Carolina family was everywhere.

Even though we weren’t celebrating the national title, we were celebrating one hell of a season and a team none of us will ever forget.