Your guide to a Carolina snow storm

Because we’ll make the most of a flurry

Thankfully, we all survived our first snowstorm of the year, Storm Jonas. We trudged through the ice and fell on our butts multiple times. But with one snow day tucked away, it’s safe to say the Tar Heels are ready for another.

So here’s what you can do to make the next snow day better than the first. 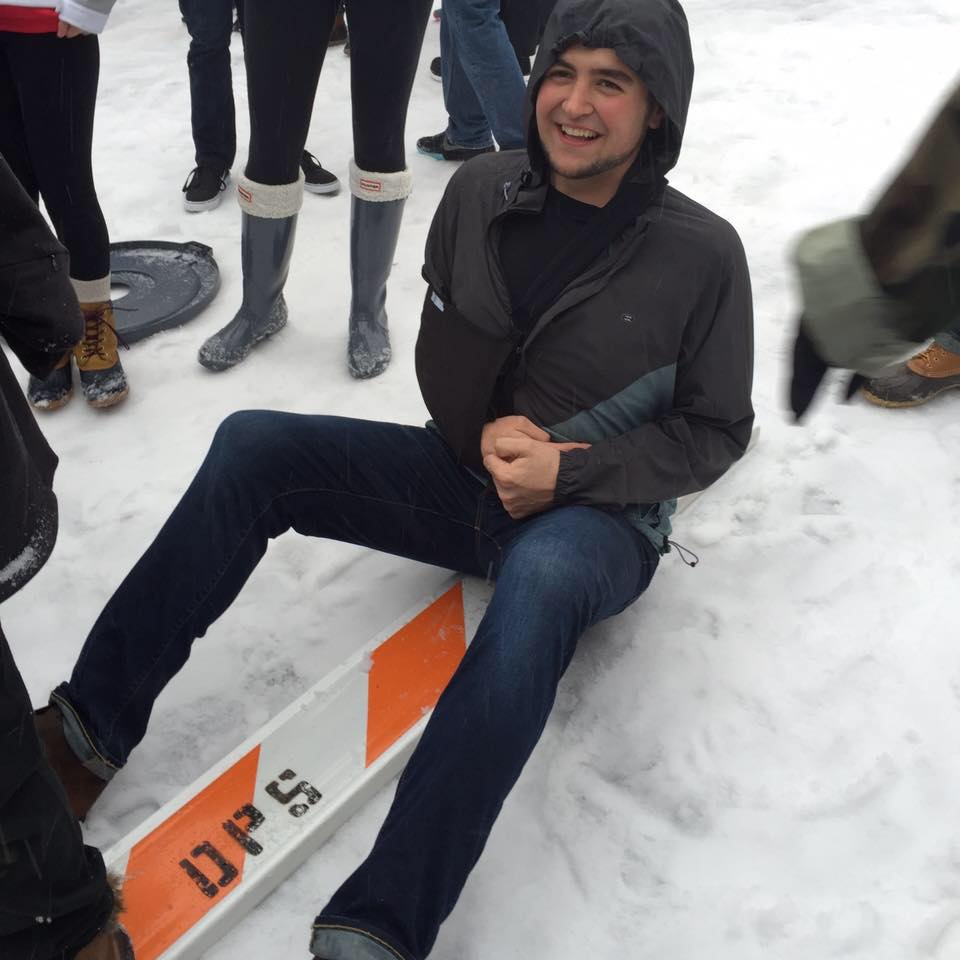 Photo credit: Sky Poshar, sledding on a DPS sign with a broken scapula

A well known fact in Chapel Hill is when it snows, the mattresses come out. Yep, you read that right – mattresses. Join all of your South Campus friends in sledding down the hill to the Dean Dome.

If you’re a North Campus kind of gal, see if some of your SoCo friends don’t mind sharing their mattresses with you. It’ll feel like you’re 12 again, even though you’re in college. What better way to spend a snow day than sledding with all of your buds?

Have a snowball fight

Get your friends together and head to the Quad for a snowball fight. Even though this could also seem a little childish, I promise you it’s not. There’s nothing more exhilarating than throwing a snowball. There’s also nothing more annoying than getting hit by a snowball. But after a few back and forth, it’ll be one of the best fights you’ve ever been in.

Hit up Rams for some hot chocolate 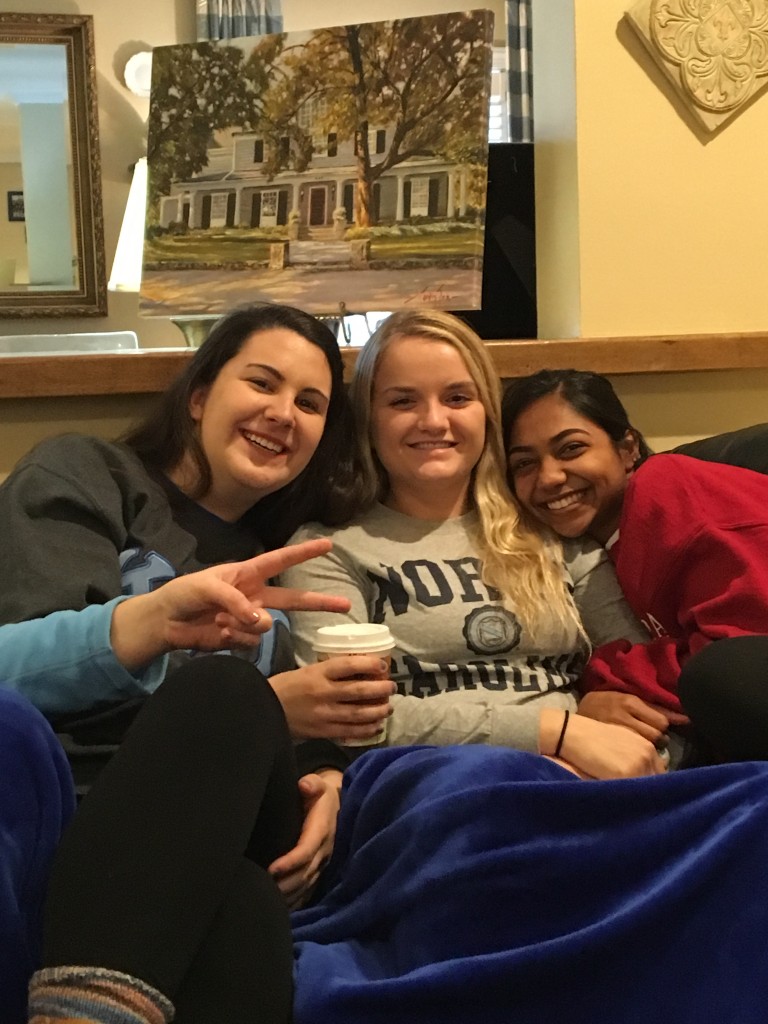 After a long day of hanging around in the snow, there’s nothing quite like some hot chocolate. Take a walk to Rams, or anything open on Franklin Street, and grab a big cup. Maybe if you have an awesome roommate, they’ll bring you a cup when they come back from their day of snow.

The best part about snow days? No classes. Squeeze in a power nap. It’ll help you feel refreshed and energized for whatever snow-filled day you have.

And by chill, I mean literally chill – it’s freezing outside. Head inside for an episode of How I Met Your Mother or Grey’s Anatomy. After you’re warm and toasty, you can head back out to find other things to do in the snow. 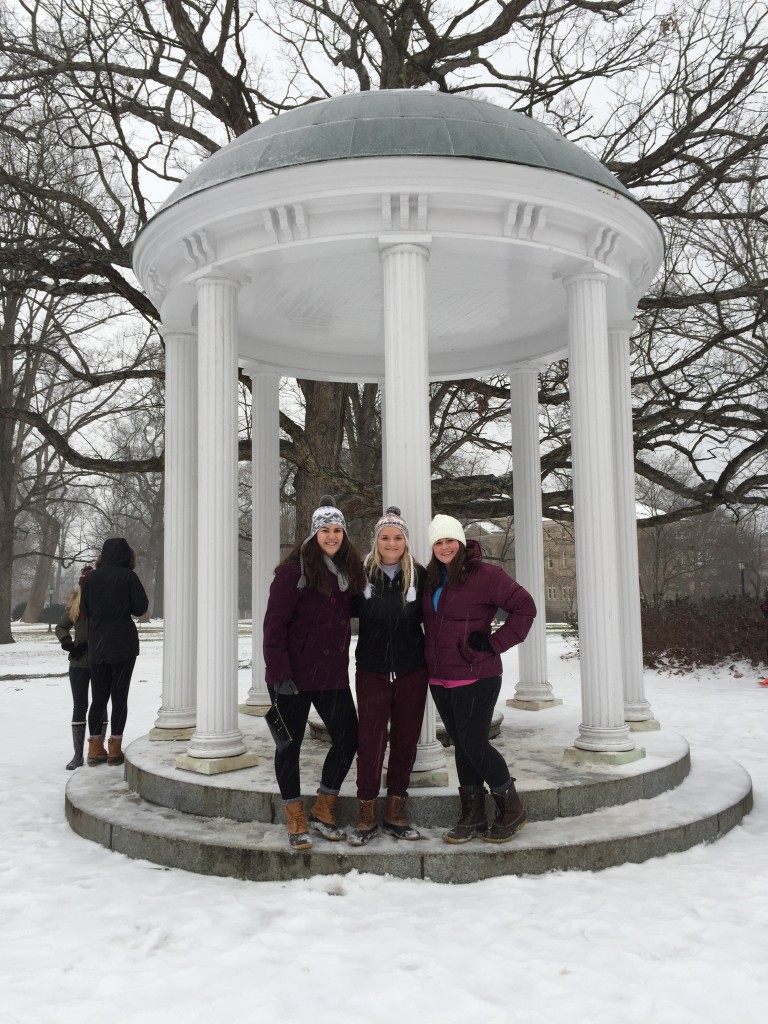 Grab a group of friends and head over to the Old Well to take pictures. The snow will be a great addition to this beautiful campus. Take lots of pictures and VSCO to your heart’s content.

And of course, don’t forget to study for that test you have in a few days during your break. It’s all fun and games until you miss that 11:59pm deadline for Mastering Biology.

But hey, a college snow day is always a GDTBATH.