Meet the Fever Five: The super fans who attend every game

Since they’re in the top 150, they’ll get tickets to every basketball game

Starting Friday on the weekend of November 13-15, Fever had four events worth 10 points each. Many people went to some of the events, but there were a few people who attended all of them.

I met a great group of friends who were at each event over the weekend, from volleyball on Friday to basketball on Sunday. A loaded weekend can cause stress, but it is also guaranteed to be fun. 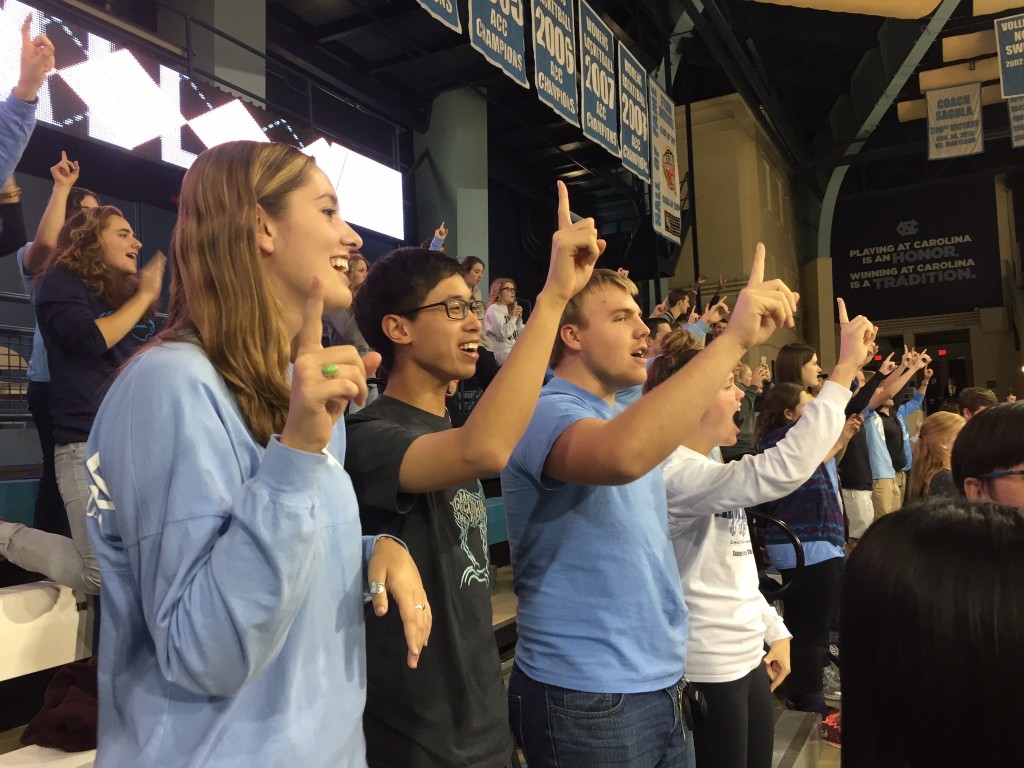 Sophomores Ashley Jackson, Jenah McCall, Felix Traing, Tyler Pasour and Brendan Trinidad dedicate a lot of their time to Fever events in order to be eligible for the basketball games. And with a rather hype basketball season coming up, these events are more important than ever.

All of their hard work places them in the top 150, a standing which will provide them tickets to every conference game this season, including the Maryland game.

Tyler said: “I don’t think we’ve all missed any game this year. Except for the few over fall break when we all went home.

Their dedication is extraordinary and it has created a great bond between friends. Before they agreed to be the subject of our story, they said I first had to come to a few games and cheer as loudly as they did. So I joined them at the volleyball game on Friday and I met them at the field hockey game on Saturday.

The Fever Five were the first five people in line so they could get shirts.

We all attended the Fever tailgate and played Kan Jam and Cornhole. Immediately following, we went to the football game to watch our Heels dominate Miami. 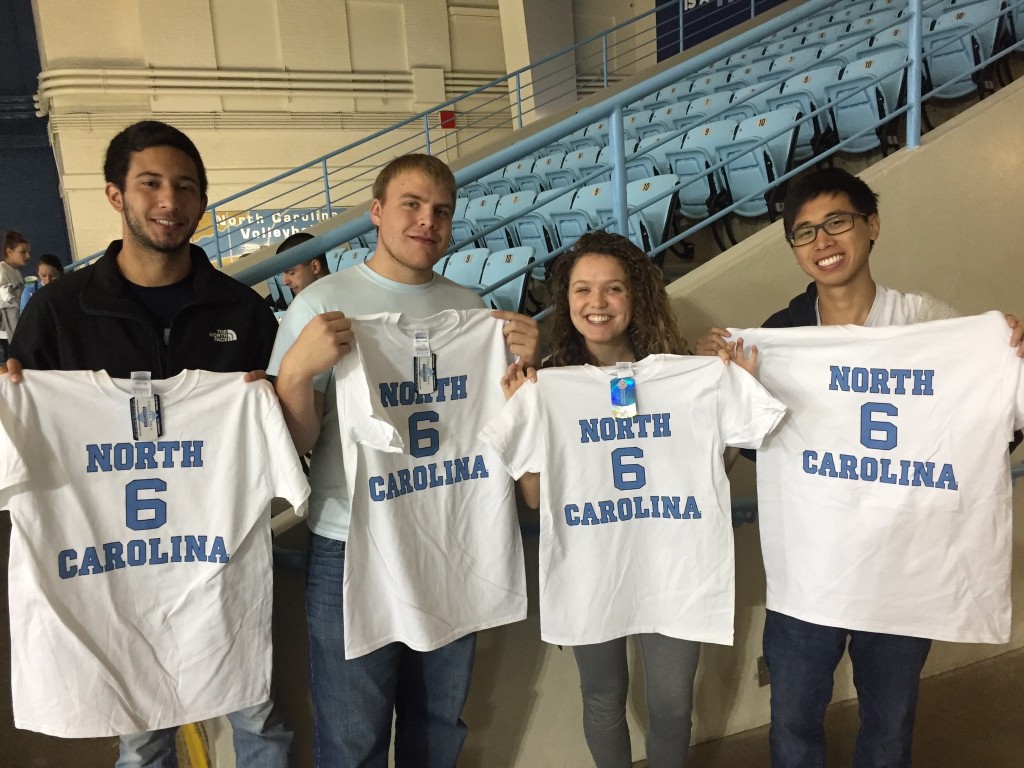 The Fever Five finished out the weekend by watching an insanely close battle between the women’s basketball team and Oregon, and it was a near-perfect record for UNC sports over the weekend.

Anything Carolina students do, we go all out. If that means a full weekend of sports, it also means there are plenty of people to join you.

So I’m certain I’ll see the Fever Five at every other Fever event this year.