He actually IS here

The English singer-songwriter and long-time Taylor Swift BFF was enjoying himself, surrounded by girls as he downed multiple blue cups. He was wearing a Duke shirt, so the star wasn’t doing a great job of blending in. 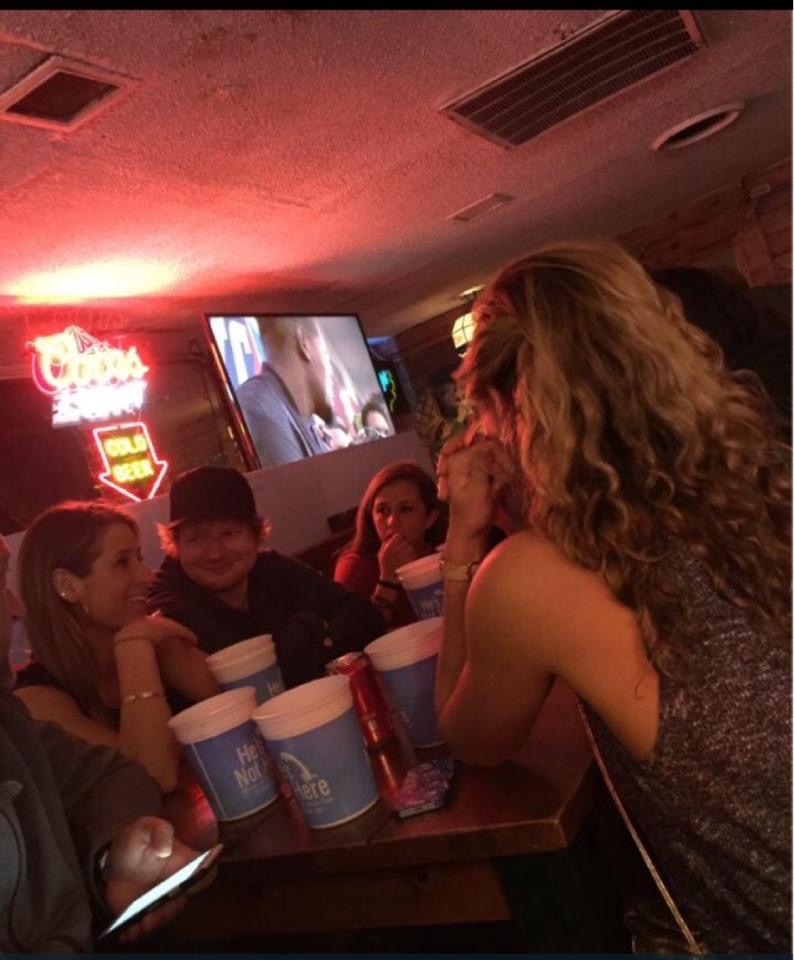 Some groupies followed him as he moved to Lambda Chi Alpha fraternity, and he later chowed down on a wrap from B’Skis. Why he would choose B’Skis instead of Toppers after a night of drinking? We couldn’t tell you.

His tour starts on November 18th in Los Angeles, so he was clearly trying to relax before the madness begins.

But Ed, we can’t help but think out loud and ask why you couldn’t have just played a couple songs while you were here?

Lil tip for @edsheeran: wearing a duke sweatshirt to Chapel Hill's most well known bar is probably the exact opposite of "blending in"

@edsheeran u disrespected me so much by going to lambda chi at UNC and not telling me idk if I can forgive u pic.twitter.com/xyvx55gYVE