What the hell is cuffing season?

It’s that time of year again. There’s an inverse relationship between the temperature and the number of relationships popping up on Facebook. We’re all seeking the commitment that seems to be a prerequisite for autumnal cuddling and cider-sharing. So, what’s the deal?

I had never heard the term until college. For awhile I thought it was the time of year we all cuff our pants and sweater sleeves to compensate for fluctuating temperatures, but I finally decided to do an Urban Dictionary search. I suppose the word “cuffing” has certain implications, so I wasn’t surprised when I found the definition. 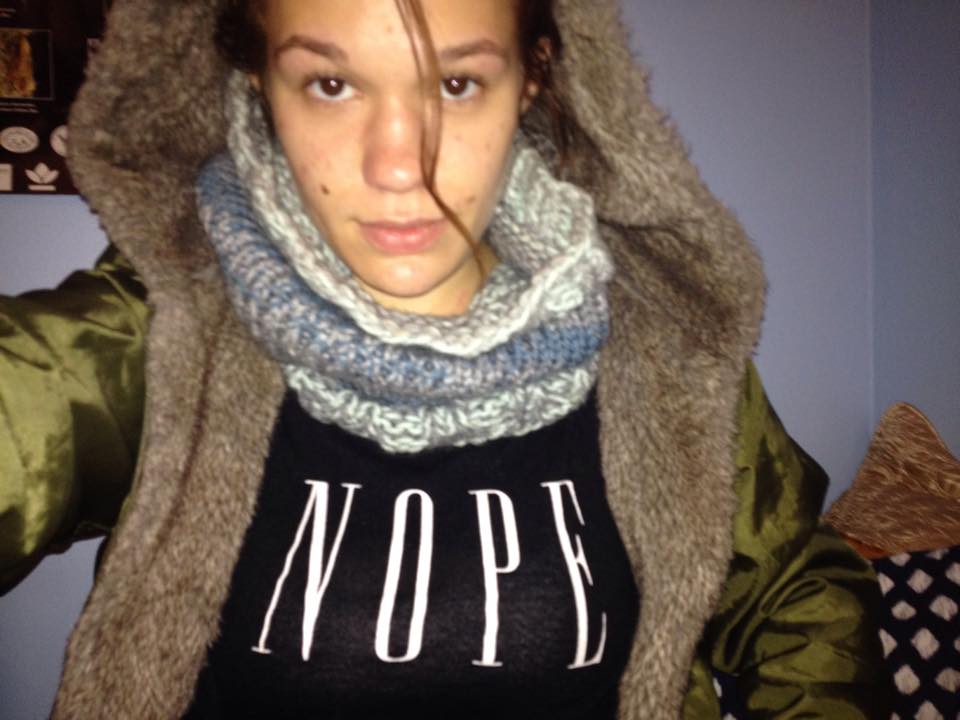 “Cuffing season” is the time of year – specifically the fall and winter – when those who were formerly satisfied with the freedom of being single, of summer flings and clothes that don’t hide much, feel the need to quiet down, snuggle up and commit, thus “cuffing” themselves.

Like allergies, it affects some more than others, but it generally affects most of us. It’s a phenomenon I feel most of us are aware of but never took the time to name. The term has certainly caught on. Still, I asked seventeen people and only two of them knew what the term meant.

I know cuffing is real because I’ve experienced it personally. All four of my past relationships began between November and January. I’m obviously susceptible to the season. I also have bad allergies. 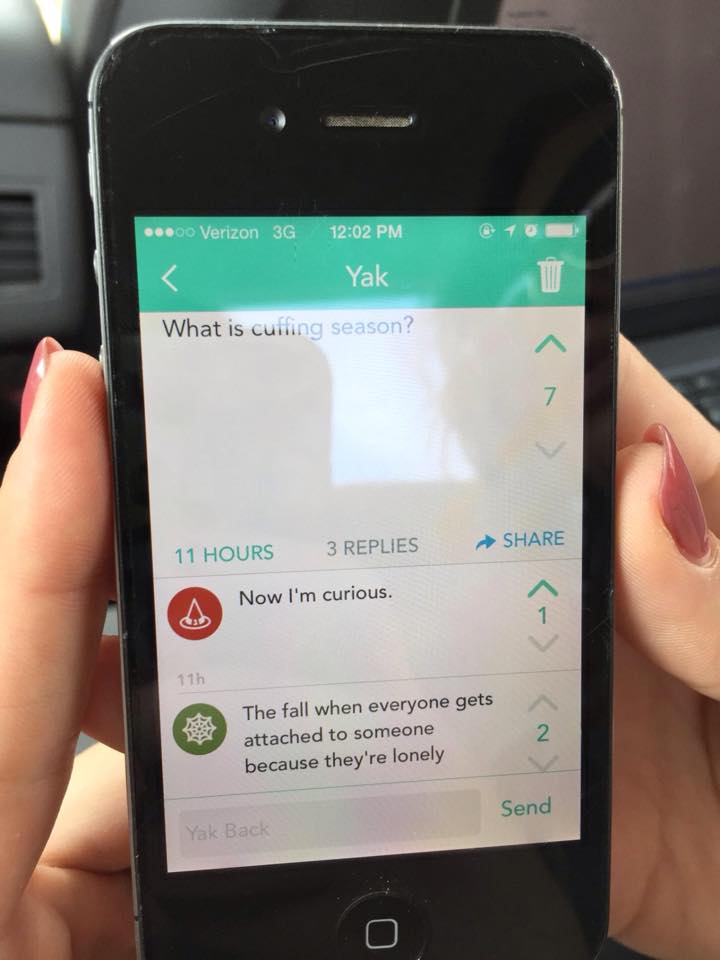 Evolutionarily it makes sense. In the cold of winter, one must keep warm to survive. What better way pre-space-heaters than to cuddle up to someone? And that person needs to stick around – at least through the winter – to ensure mutual survival. It’s damn symbolic.

Not to mention winter is the time of year when visits home for the holidays mean questions about your personal life from both extended and immediate family. Your friends are having holiday parties with the grand finale being New Years.

Deny all you want. Hell, maybe you’re a truly unique one, but most of us are at least a little concerned with who our New Years kiss/peck/spit-swap will be. The security of knowing is a comfort when traversing from bar to bar or house to house in search of some company.

Love it or hate it, cuffing season is real. Now that it’s underway, it’s time to prepare for the wash of couples that will roll in with the cold. That may mean finding your own person to cuff, though I advise you avoid cuffing for cuff’s sake.

It may just be hunkering down solo and cuffing securely to your Netflix subscription. Forget the cliché. Whatever it takes to get through, right?