A recap of LNWR that had players and coaches dancing

All you need to know is Coach Williams Hit the Quan

LNWR had a huge turnout Friday for a good reason. There are six banners hanging in the rafters of the Dean E. Smith Center. This year, we go for lucky number seven. 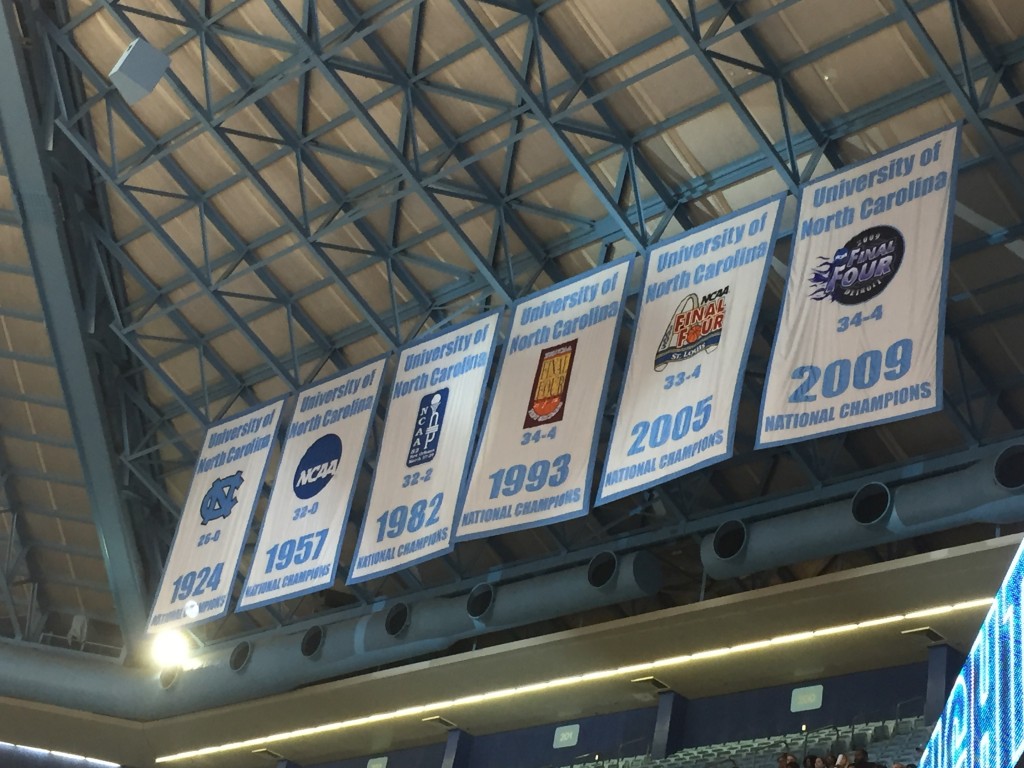 LNWR is more than the first look at the basketball players this season. It’s a chance to see them do some things that don’t involve basketball, like dancing or (trying to) sing. So it was truly a GDTBATH for all fans sitting in the Dean Dome, watching everything from the senior players dance to “Mambo No. 5” to the wonderful tribute to Stuart Scott.

This year’s LNWR was led by Kenny “The Jet” Smith, a 1987 UNC grad and two-time NBA champion with the Houston Rockets. 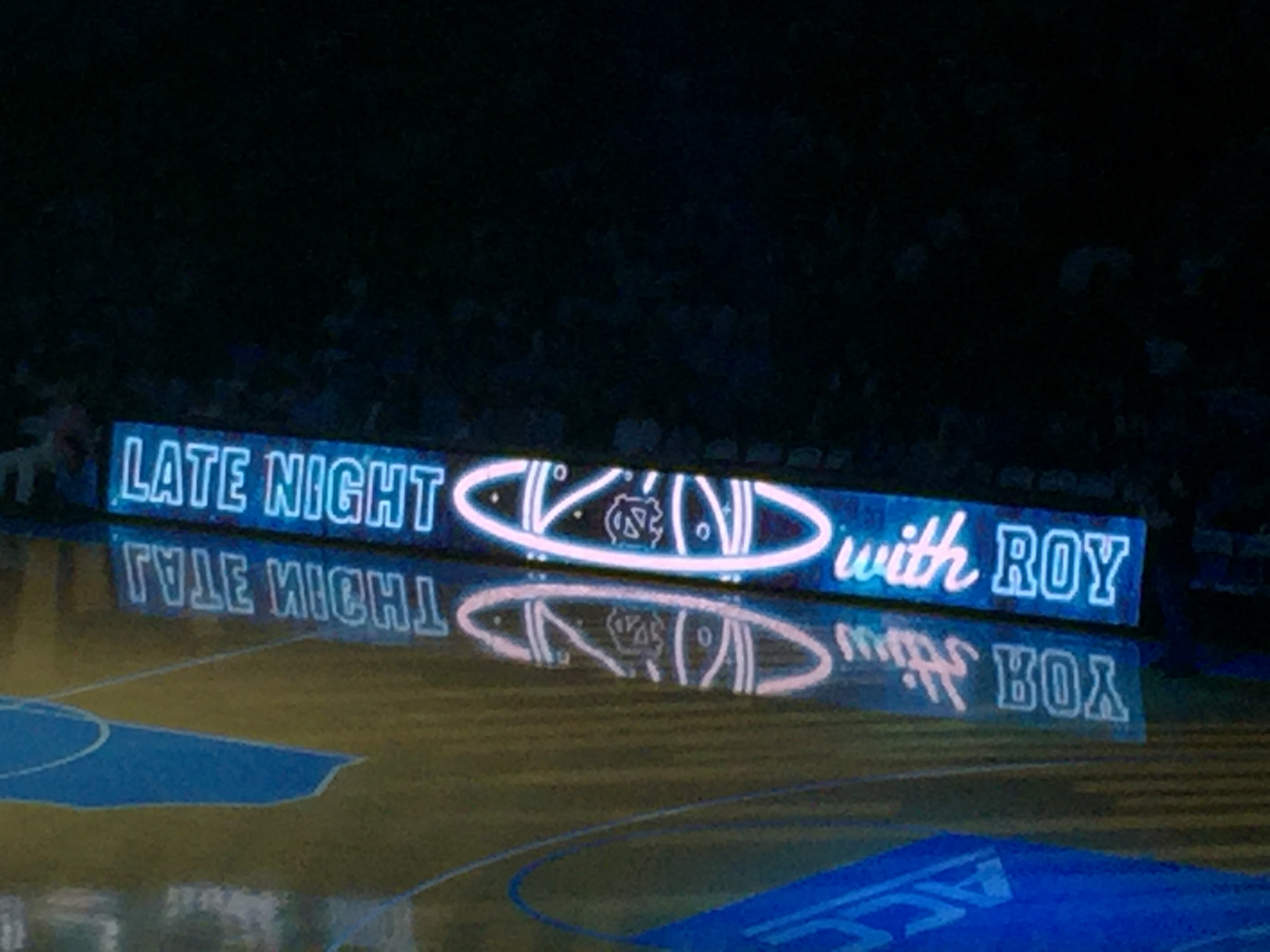 The night kicked off with exceptional player introductions for the fans. Each player was introduced and allowed to run out of the tunnel to a crowd that stood the entire time. The atmosphere matched the hype surrounding this basketball season in Chapel Hill.

After the introductions, the real fun started. The team performed with dance clubs, a capella groups and improv comedy to show off their skills aside from basketball. 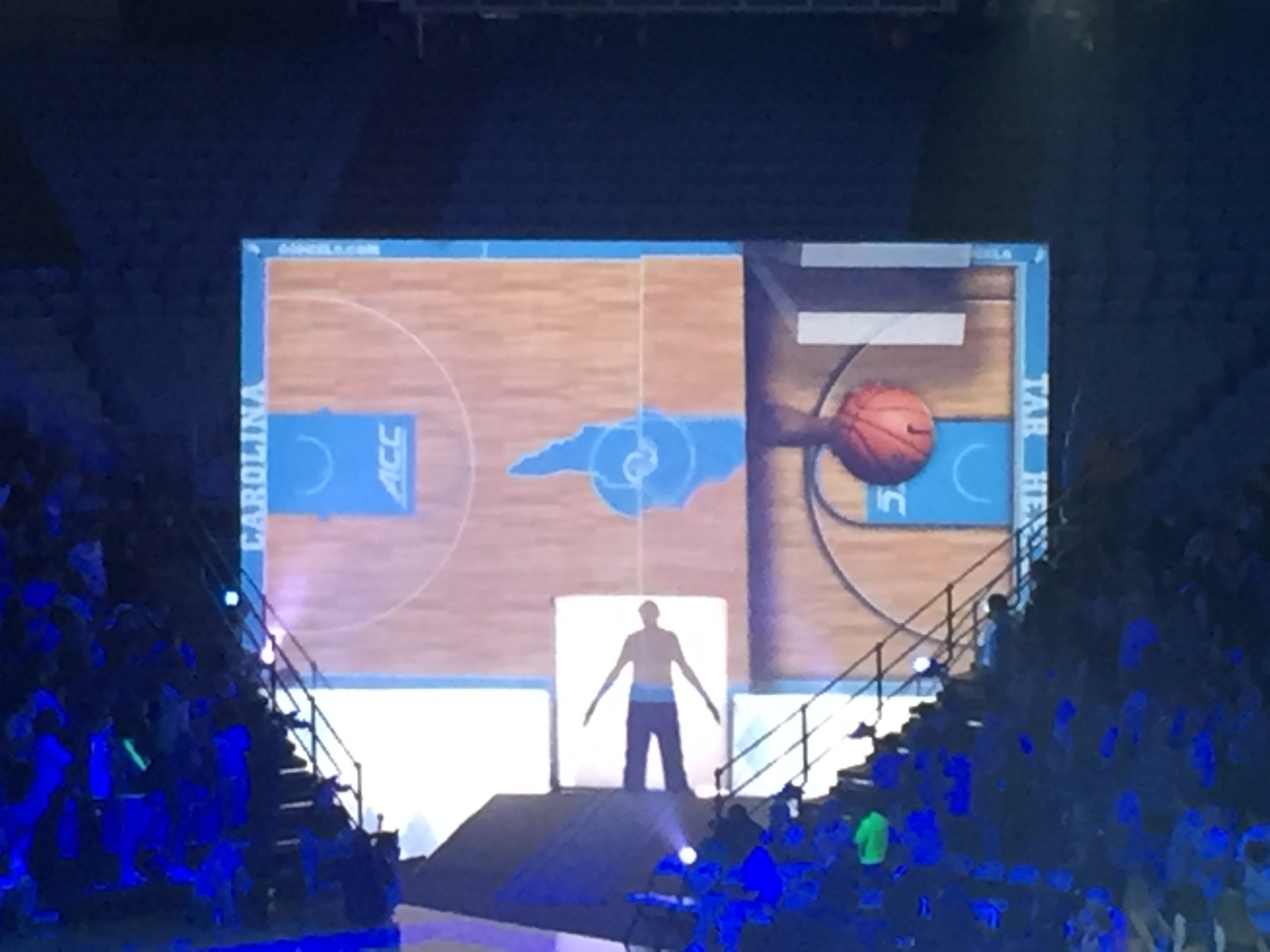 Some players really can dance – Theo Pinson and Isaiah Hicks, for example – but the same can’t be said about their singing abilities. 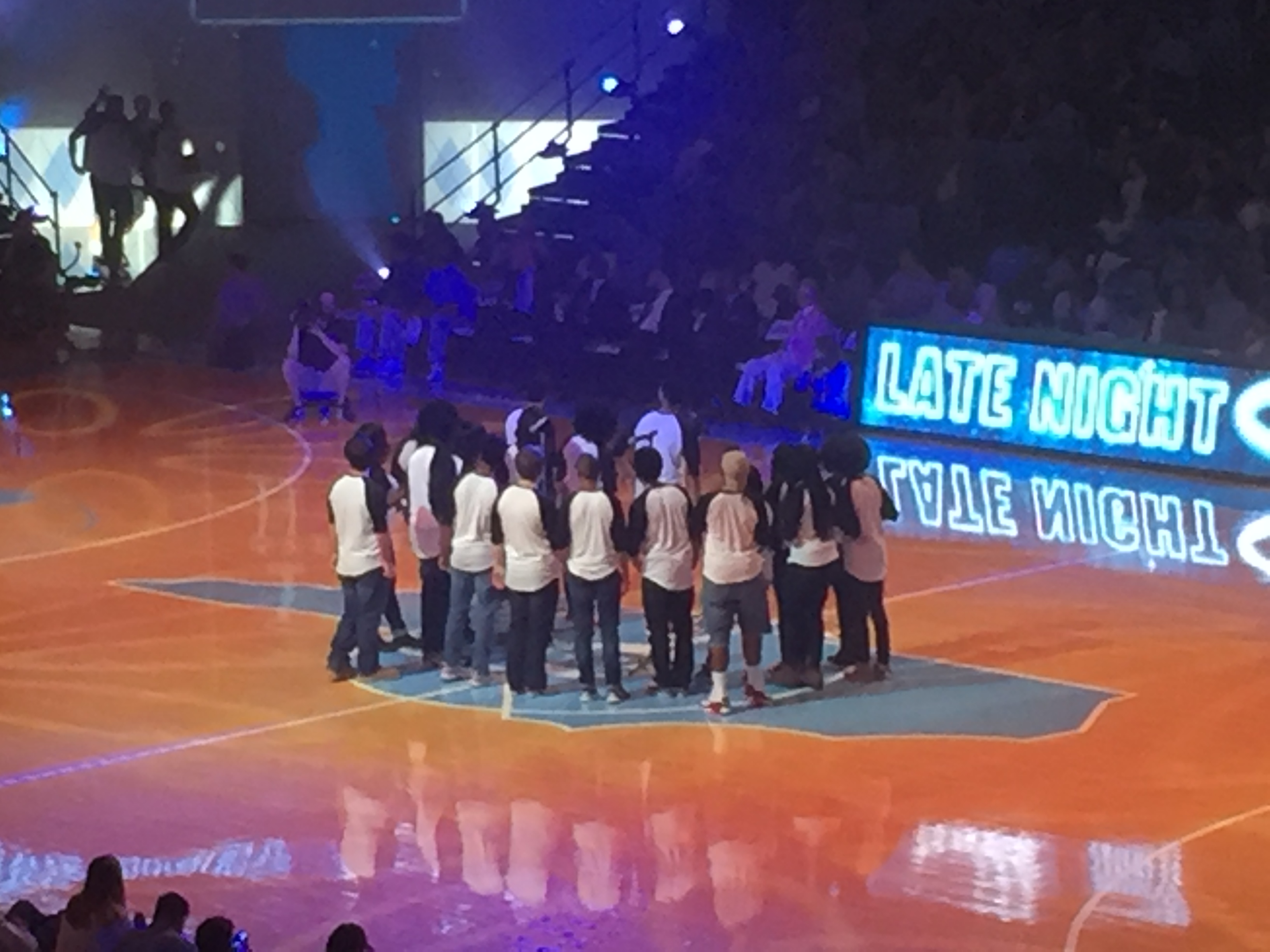 The tone shifted when it came time to pay tribute to the late Stuart Scott, who was inducted into the Journalism Hall of Fame earlier in the day.

Sage Steele, one of Scott’s former colleagues at ESPN, was in attendance to help with the tribute. An Indiana alum, Steele donned a UNC jersey with the words “S Squared” on the back – a reference to the first time she hosted SportsCenter with Scott. 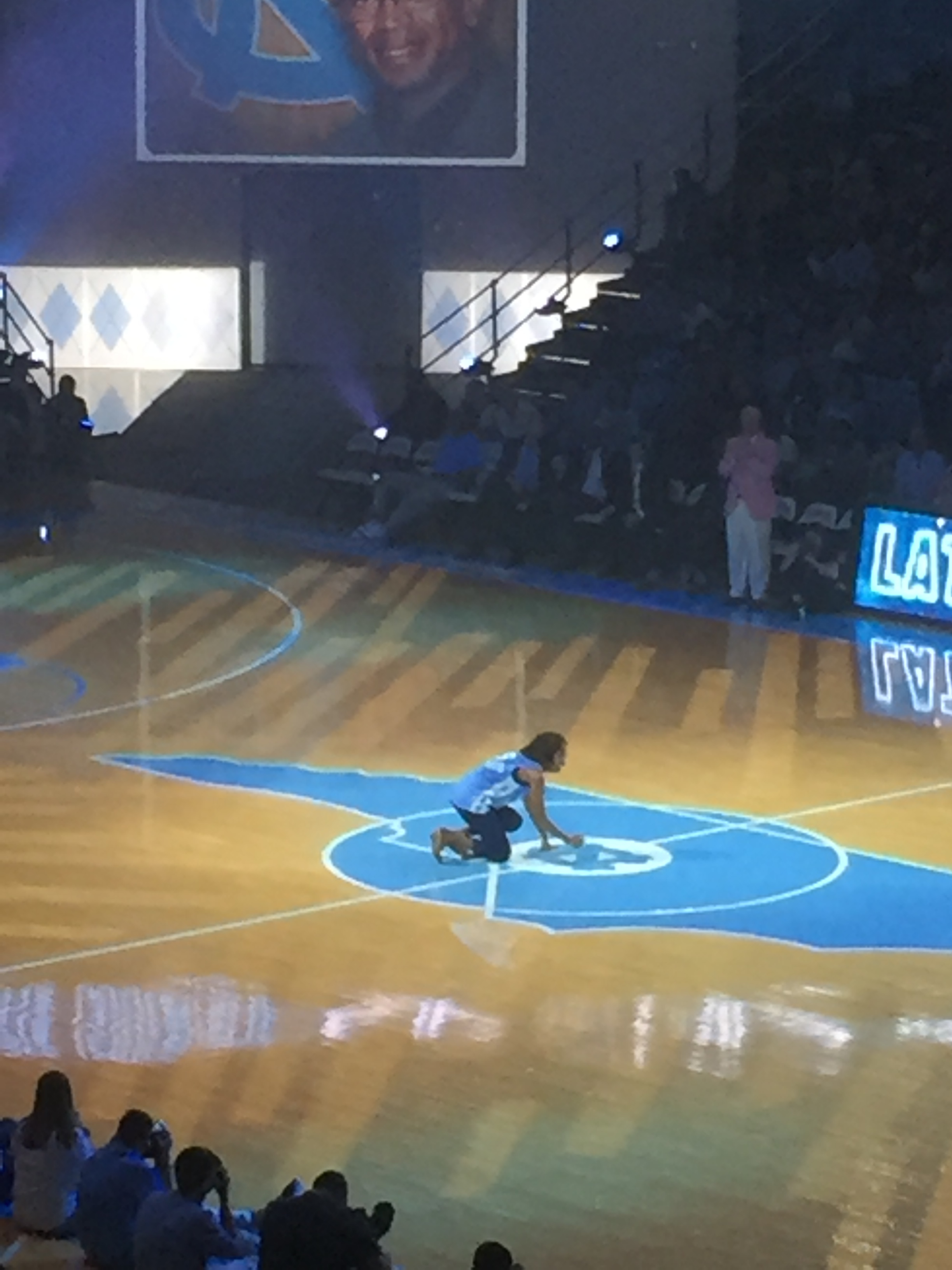 She said: “He introduced us as S-squared and S-squared and I was instantly relaxed.” Steele said that’s how she referred to him from that moment on.

The tribute also featured a performance from the Alpha Phi Alpha step team. Scott was the leader of the fraternity’s step team while at Carolina. 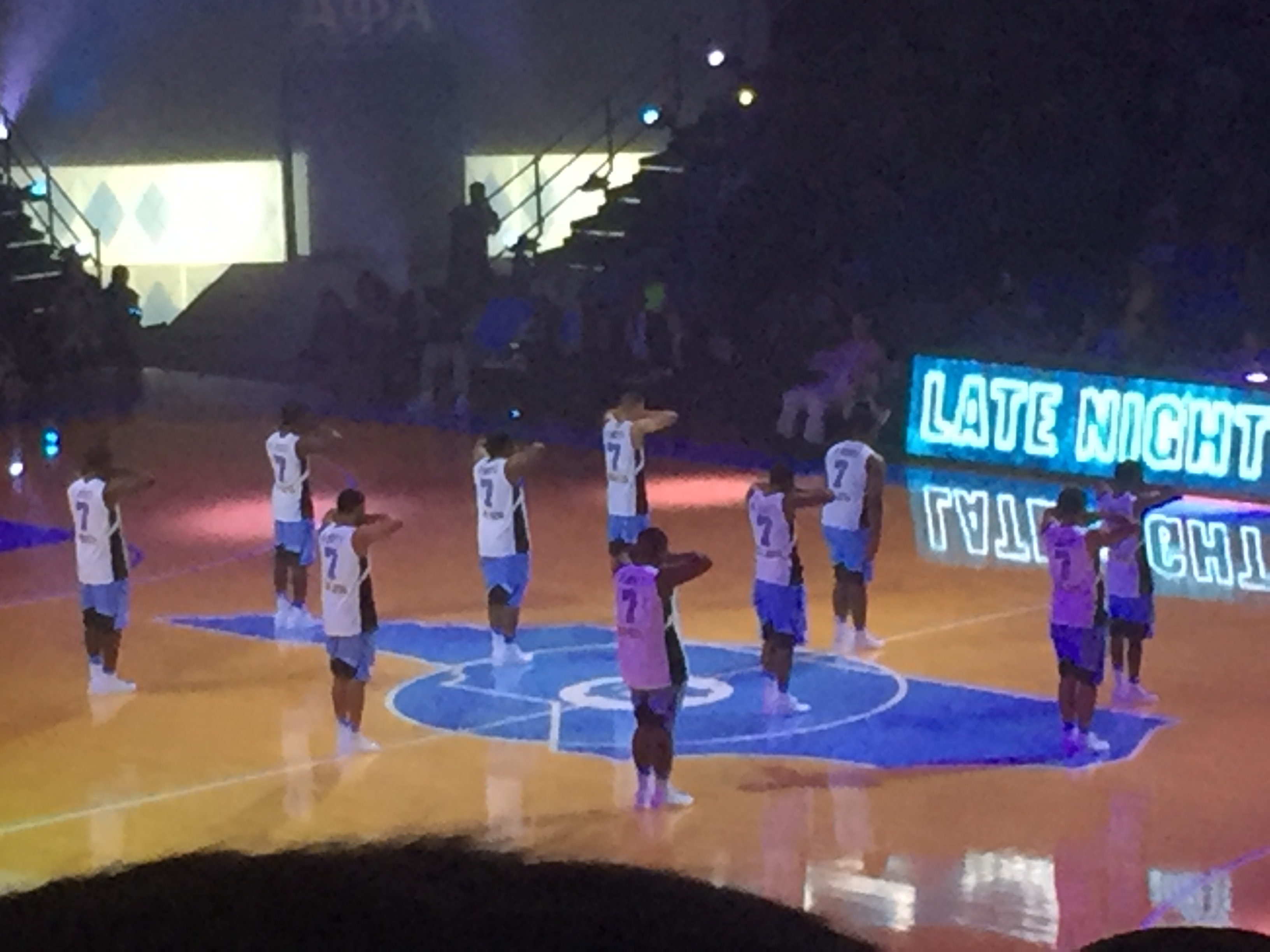 The step performance was phenomenal, bringing the crowd to its feet on multiple occasions. The team performed in jerseys with Scott’s name and the number seven on the back. They presented two jerseys to his daughters, Taelor and Sydni, who were also in attendance. 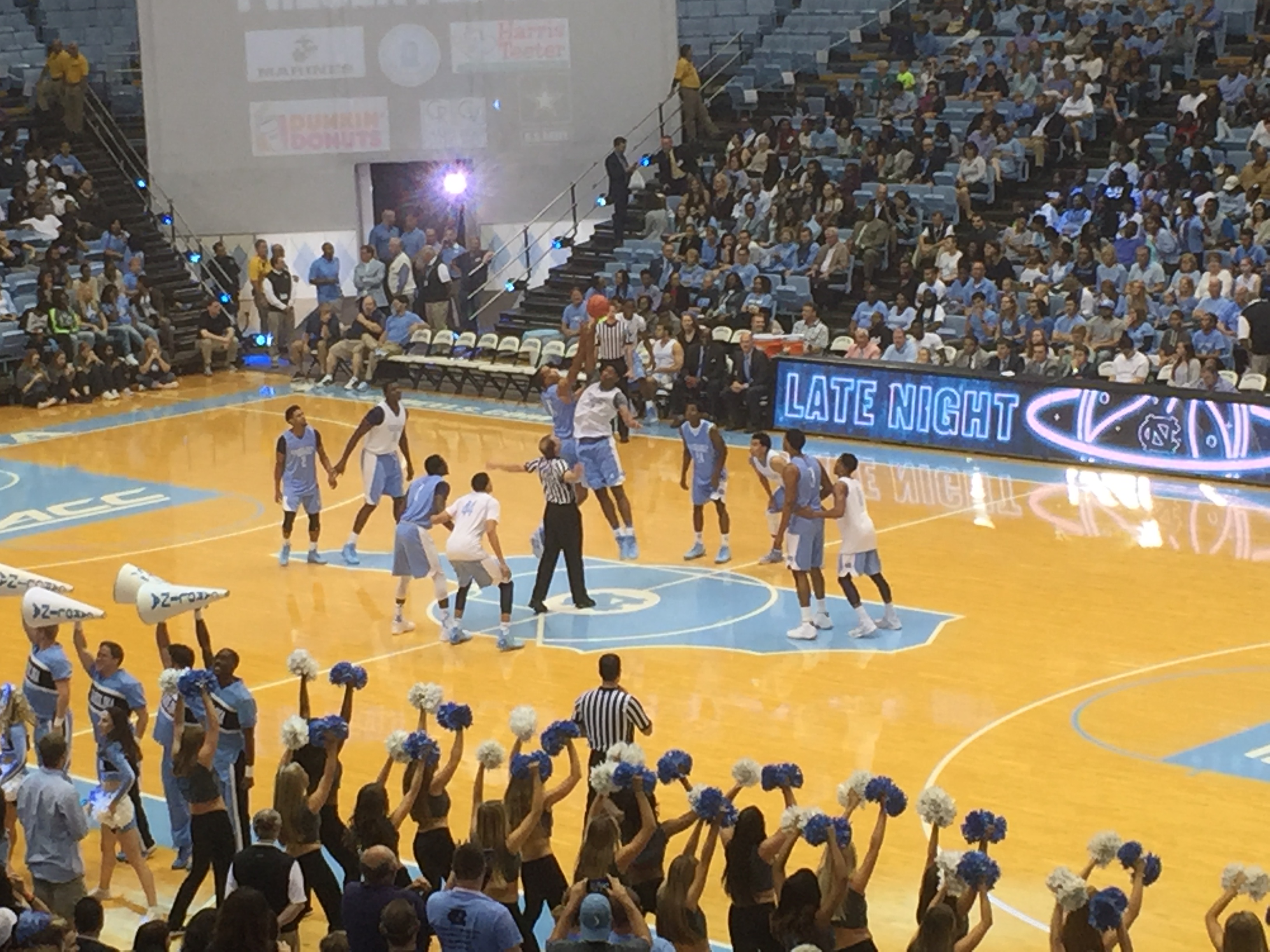 Once the tribute ended, the scrimmage followed. It was a good first look at this year’s team that has the same lofty goal it has every season: a National Championship.