The organization sparked statewide protests against the HB 318 bill, which will soon become a law unless vetoed by NC Governor Pat McCrory.

A crowd of 20 assembled at midday in the Pit to demonstrate against the bill, calling for a government veto. 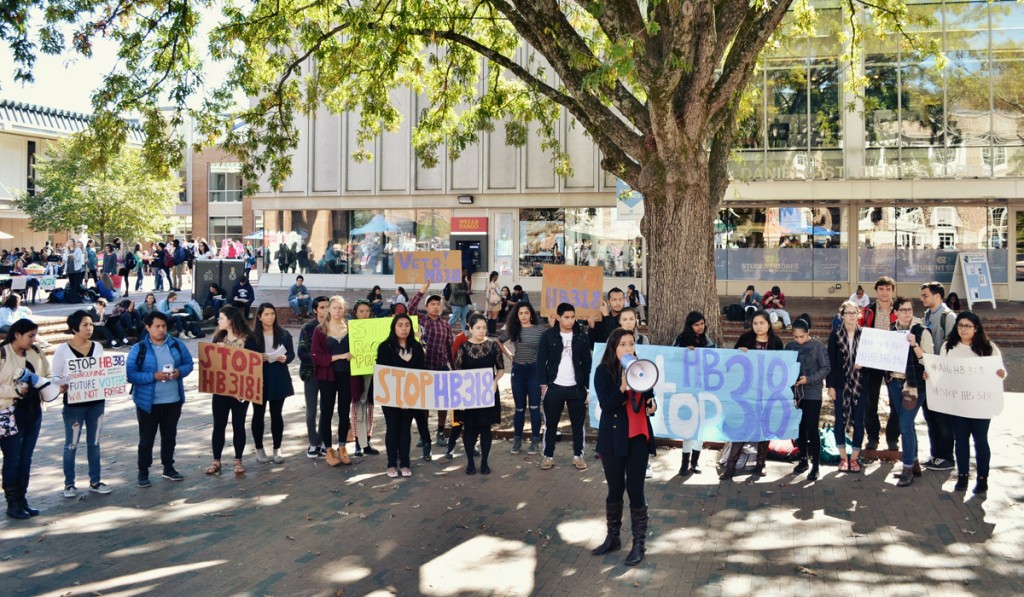 Junior Vidal Morales is co-chair of SUIE, which fosters conversation about immigration at UNC and advocates for the recognition of immigration issues as human rights issues.

Vidal holds issues of immigration close to his heart as he moved to the United States from Mexico when he was eight.

He said the bill is discriminatory against the immigrant population, and it shouldn’t be passed. 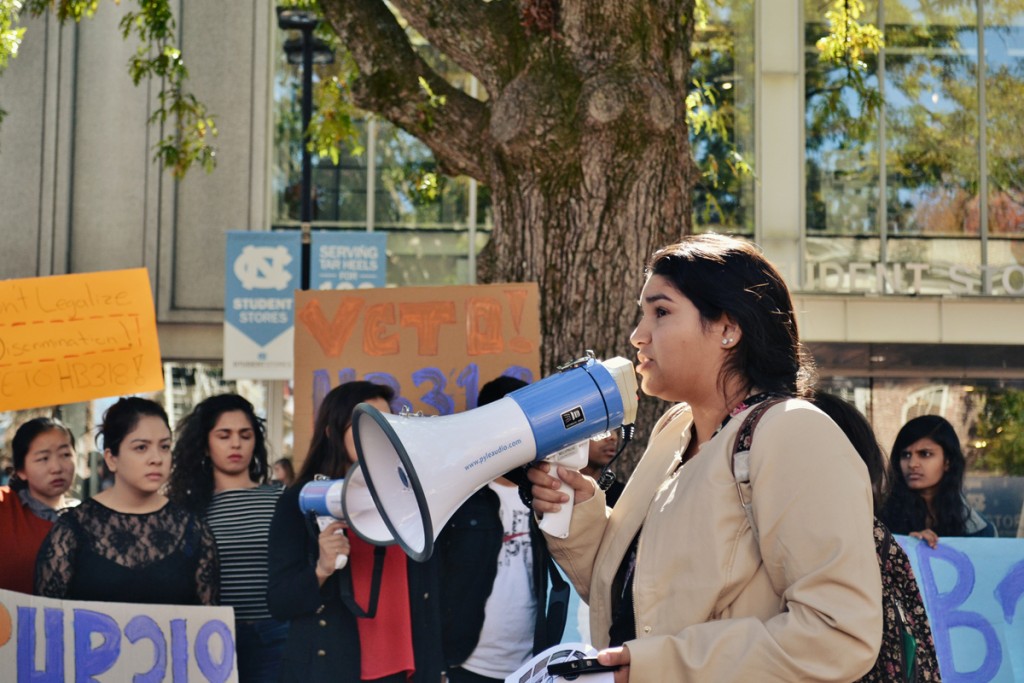 Vidal said: “Its provisions are aimed at a population that is already in a constant state of fear.

“You could be sent to prison for up to 10 years just because you don’t have a [government issued] ID.

“It could completely change your life.” 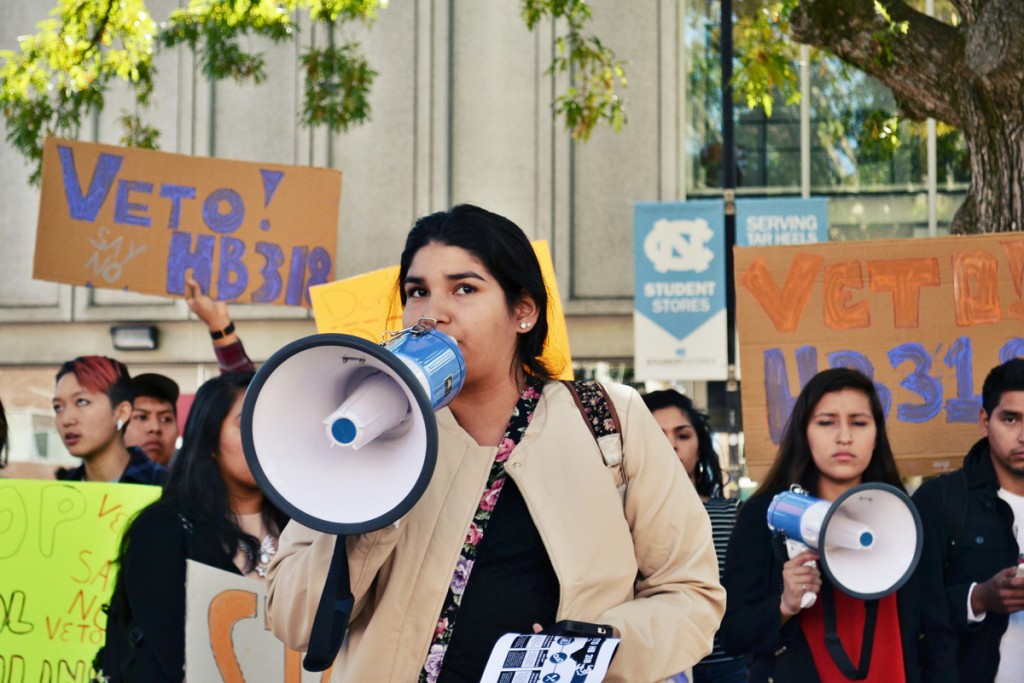 “I know there are very few here, but those few will be impacted a lot.”