I met Ben in my philosophy class somewhere between waking up and attempting to understand Descartes. One day, discussing plans for the weekend, he whispers over our professor’s explanation of The Matrix, “I’m heading out of town for a race.”

I think nothing of it and assume he means the racing that sometimes college students partake in. You know, marathons and stuff. When Tuesday comes around, I ask how the race went and he responds with a cool, “Great, the car is ready to go for next week’s race.” Oh.

Turns out sophomore Ben Albano is an aspiring professional sports car racer. Carolina never ceases to amaze me with the extraordinary people surrounding me in class while I snooze away. So, of course I asked Ben to an interview over lunch. 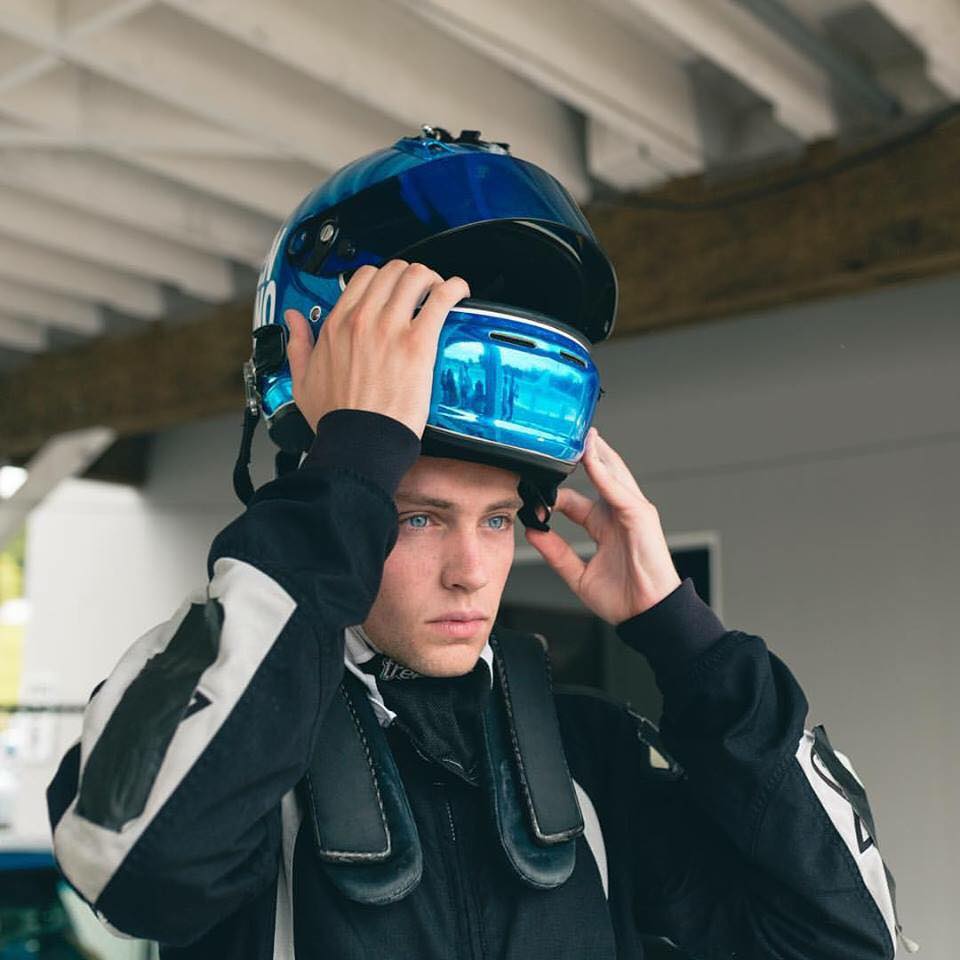 How does one begin racing? Not like you can sign up for the school team or anything

I lived in England for a year when I was eight and that’s when I began watching Formula 1 and fell in love. Racing is much more common there. Someone suggested I go to a go-cart track and that’s really where every driver begins – in a go-cart.

We left England and when we came back, after some research, my family found a carting place in Boston and I was there for one to two years. Soon, a track opened up in Mount Cristo in New York and that’s where I started to understand how to really control a car.

Eight years old? Is that a normal age for drivers?

Compared to other drivers, I actually got into driving pretty late. I only really took it seriously around 13. Most kids who know they want to drive start then they’re six or seven.

(Apparently, driving is just as much a sport among children as soccer is. Who would have thunk.) 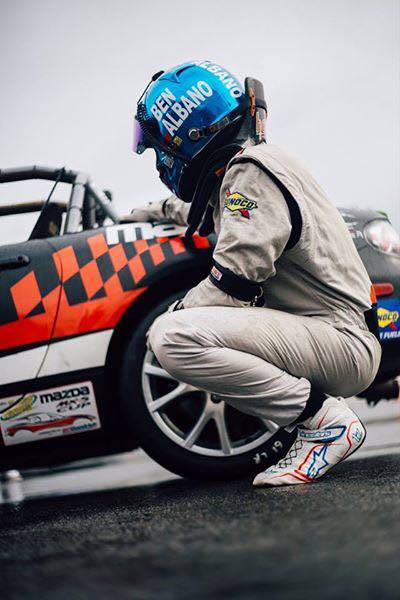 Why did you get into it? What do you love about it so much?

Everything in life can be compared to driving in a car, to being behind a wheel. Where I am, what I’m doing, what the track’s like, every corner I run into – it’s like a script in my head. It’s about making everything perfect and always being in control, not of the outcome, of course, but of the car.

Do you have any pre-race rituals that get you in that mindset?

I like to sing scales on the grid, where we stand before the race. It forces my throat to open and it makes me yawn, which is relaxing. I also have to climb in my car through the roof. Not many drivers do it and now that I think about it, I probably look really silly. But it’s just how I’ve always done it. 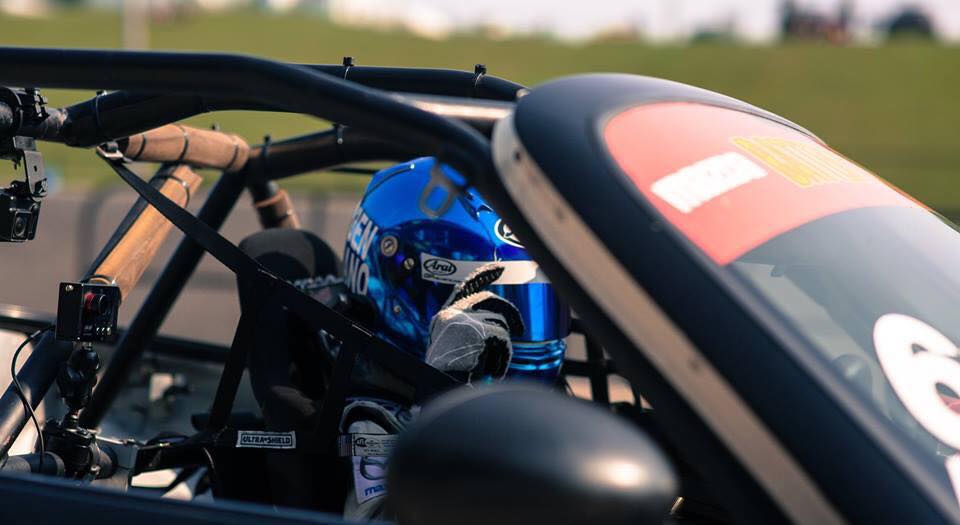 You lost a tough race recently. How do you make sure that losses don’t affect your love for racing?

I guess I try to give off as much positivity as possible and hope it comes back around. It usually does, but it can be hard trying to explain to myself why it wasn’t my year to win. You have to come up with something and believe it because as soon as you doubt yourself, you stop racing. It’s hard for some people – like my mom – to understand why I want to continue and focus more on racing but I can’t quit now. I won’t.

So what’s next for you?

I need to find a sponsor – find ways to race. 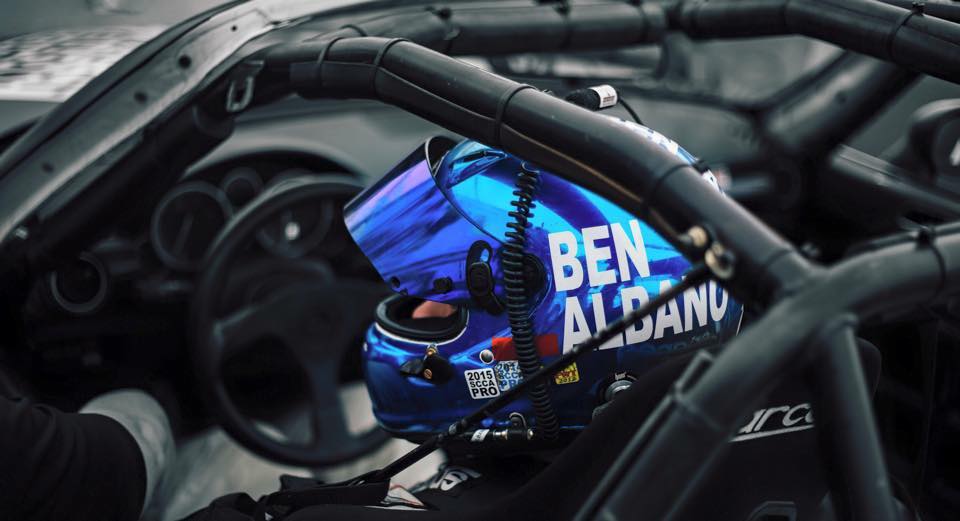 Where do you even begin? Do you have a team that helping you?

Oh yeah, absolutely. I think that a lot of drivers approach potential partnerships with the idea that it’s about the driver rather than who is giving them the funding. A lot of people say they don’t understand racing but what they really don’t understand is that the hardest part of racing is finding a way to race. Anyone can drive well. To me, racing is 30 percent driving and 70 percent finding a way to drive.

Sounds like a lot of work. You mentioned focusing more on racing? In comparison to what, school? 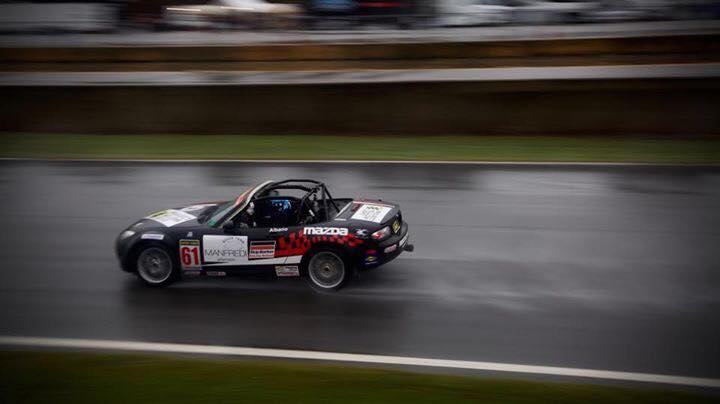 It seems as though you’ve decided racing is the ultimate goal here, though.

Oh, absolutely. I’m a Music major for now with a minor in Entrepreneurship. It could change but regardless of what I do, I still want to be involved in the racing business. If driving doesn’t work out though, I’d need to be far enough from it because that’d be dangerous.

If I’m around it too much I’ll constantly be trying to drive. It’s addicting.

After lunch, we began heading our separate ways when he asks about our philosophy paper. For a moment, I had nearly forgotten I was interviewing a student.