What the heck is an acetylide anion?

As many students do, I came into UNC as pre-med. I had big plans to become a doctor and save lives and revolutionize medicine – the usual.

After two or three Chemistry 101 classes though, my plans changed drastically. The class fulfilled its purpose of weeding me right out of being a science major.

Today, over a year after dropping Chem and completely altering my career path, I am left wondering where I would be had I not changed my major. My roommate from last year – who is still Pre-med – is on the same path that I would have been on had I not wimped out. She is currently enrolled in organic chemistry and analytical chemistry, as well as a biology class. 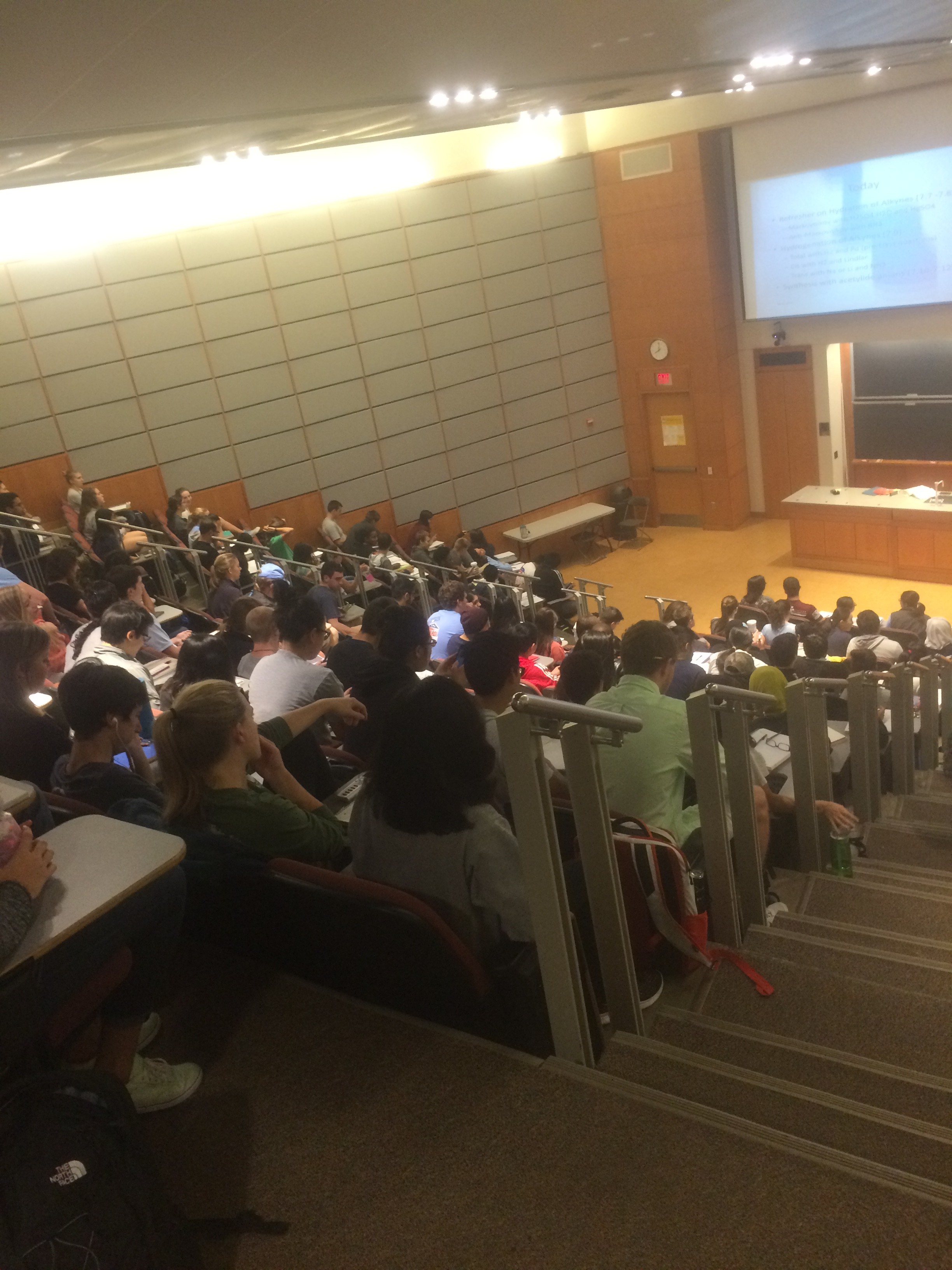 Earlier this week, I asked to accompany her to an orgo lecture to get a taste of what I was missing. She obliged, and early one Tuesday morning, we headed across campus toward Chapman Hall. Here’s how everything played out.

7.53am: I haven’t been up this early in two semesters, and now I’m remembering why. 8ams are the worst. The class slowly fills up as I watch from my seat in the back.

8.01am: The adjunct professor (apparently the regular one is at a conference today) starts with a “refresher” on alkynes. We begin with a fun looking problem. I have zero idea what it means. 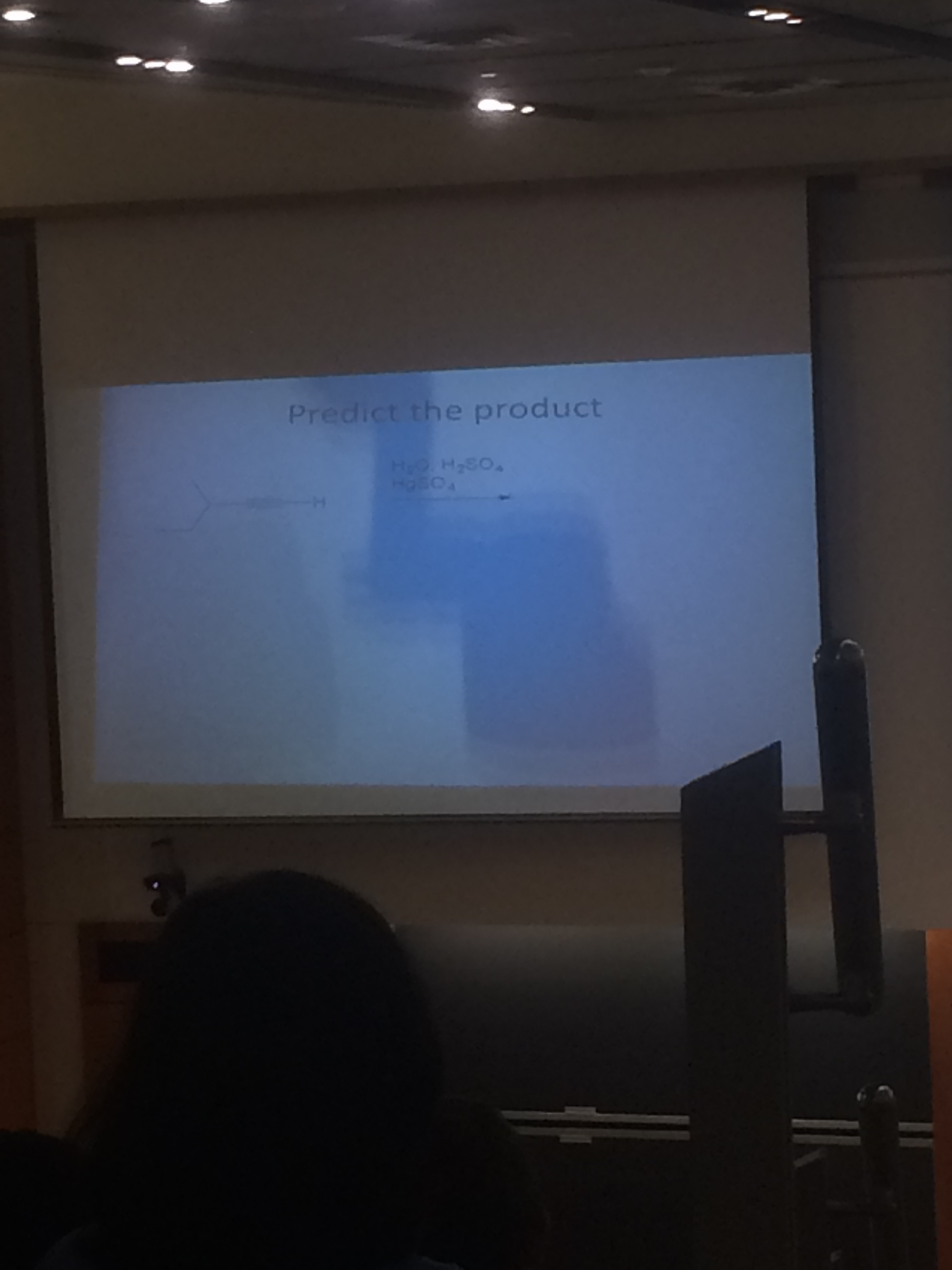 8.04am: What is the difference between an alkyne and an alkene? Did I even spell that right? What is going on?

8:08am: The answer to the problem was apparently this. Who knew? Not me. And it has something to do with someone named Markovnikov. 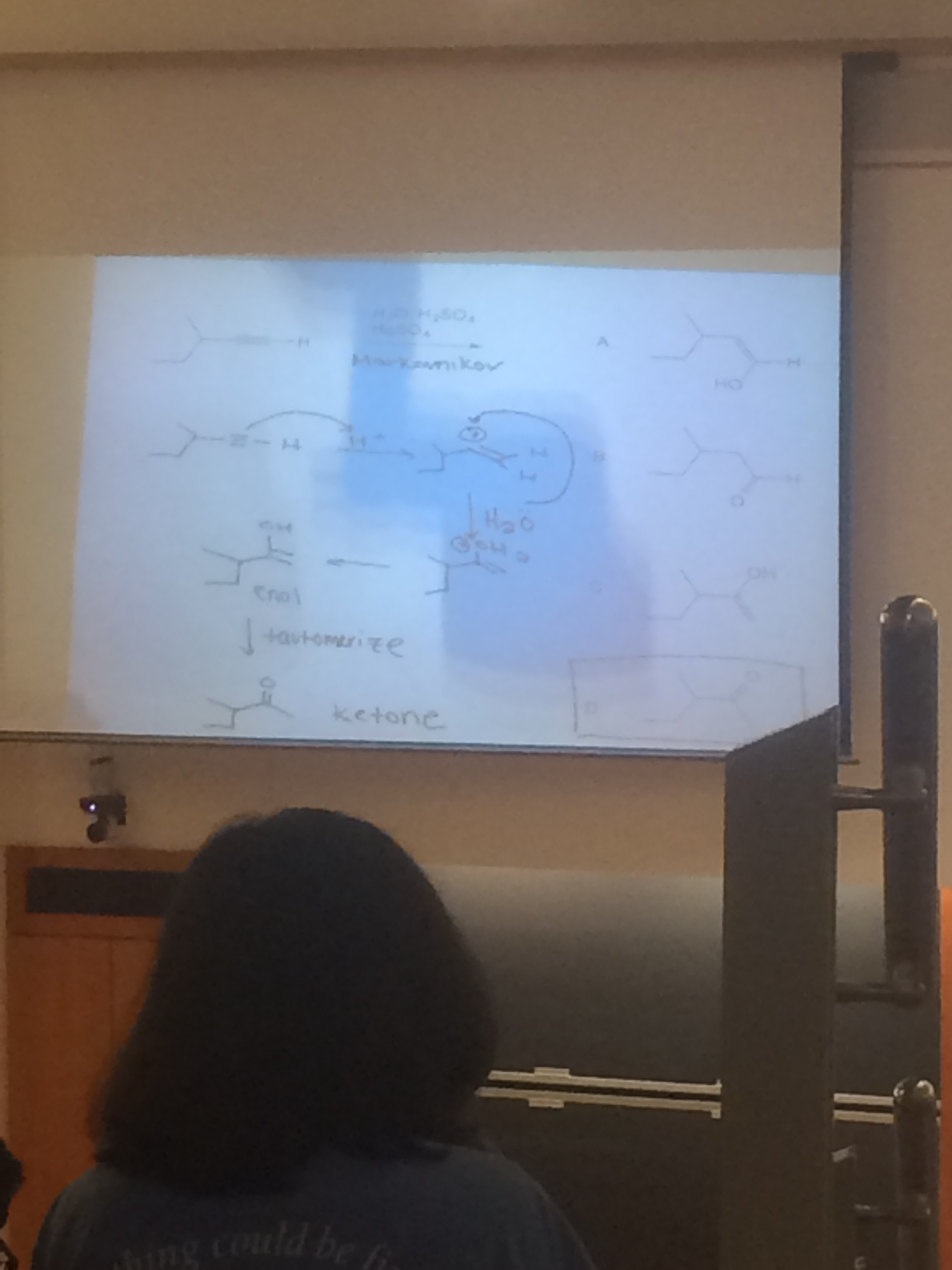 8.09am: She just used the word “nucleophile.” Is that a thing that likes nuclei? Did I just unlock the meaning of science?

8.11am: Problem number two. We are expected to draw the “enol” that we anticipate. OK. 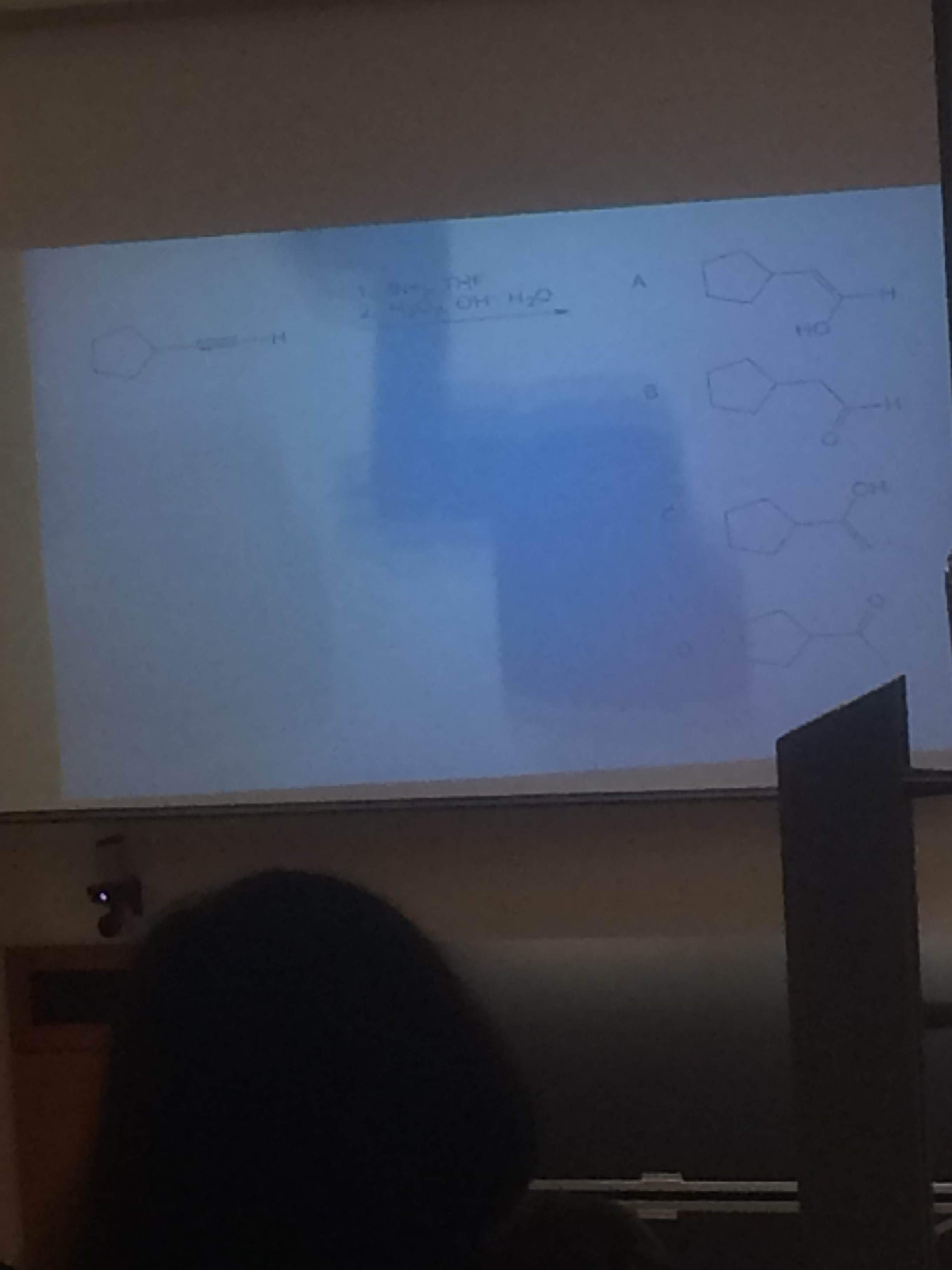 8.14am: This one is apparently “anti-Markovnikov.” I am very curious as to what this guy accomplished to have a whole system of solving problems named either pro or anti-him.

I asked my friend and apparently Markovnikov is a “fancy chemist who decided that added atoms will bond to the more substituted carbon, but he’s wrong sometimes.” Everybody makes mistakes, Markovnikov. At least your name is cool.

8.16am: Now we’re going to “think about synthesis.” This will be a first for me.

8.20am: We have another problem, and of course, I’m lost. Answer choices A and B vaguely resemble rocket ships, though. So there’s that. 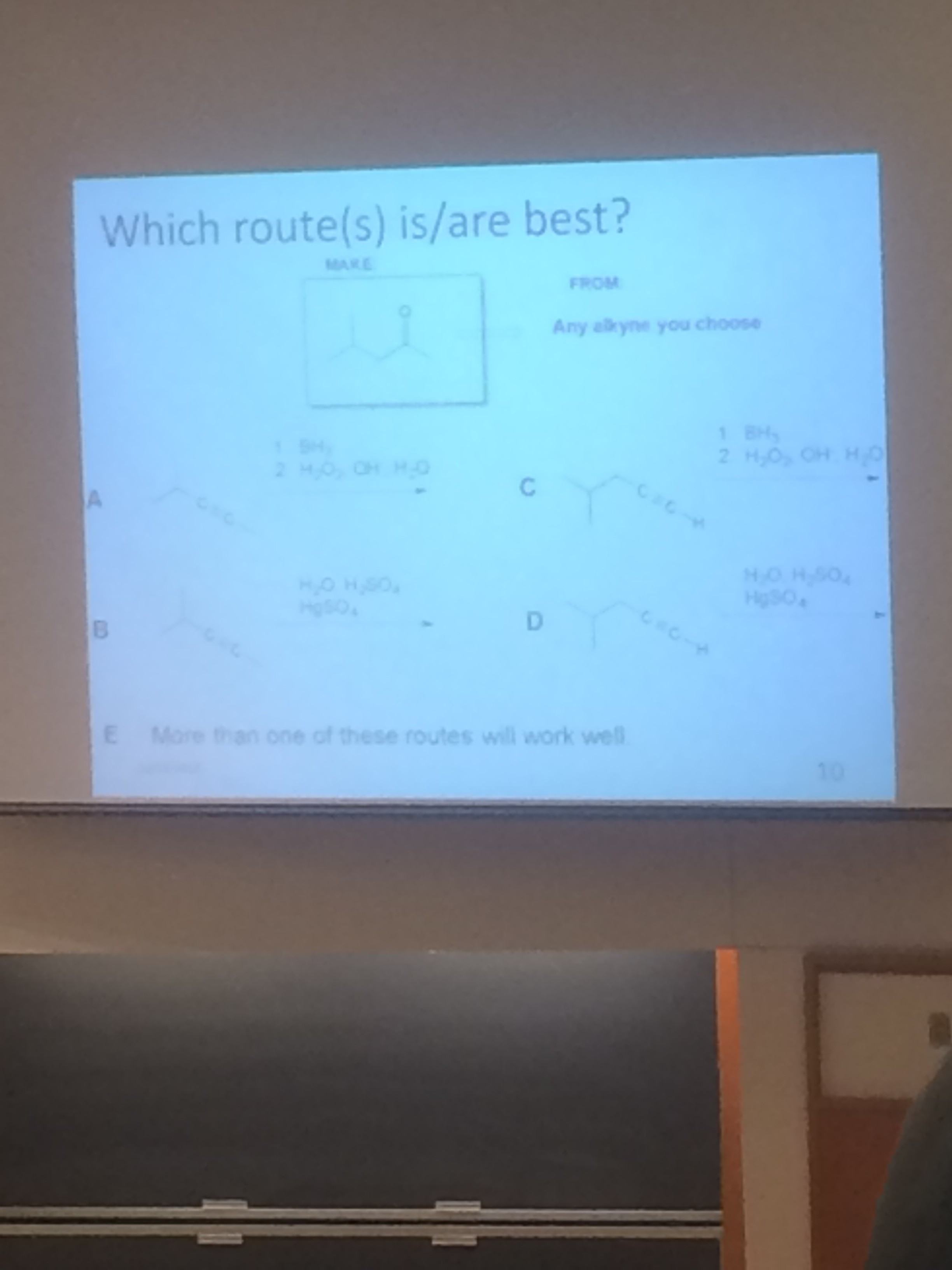 8.28am: The answer was D. Not a rocket ship. Maybe like a watering can or something.

8.29am: Regioselectivity. That is an actual word on a slide right now. 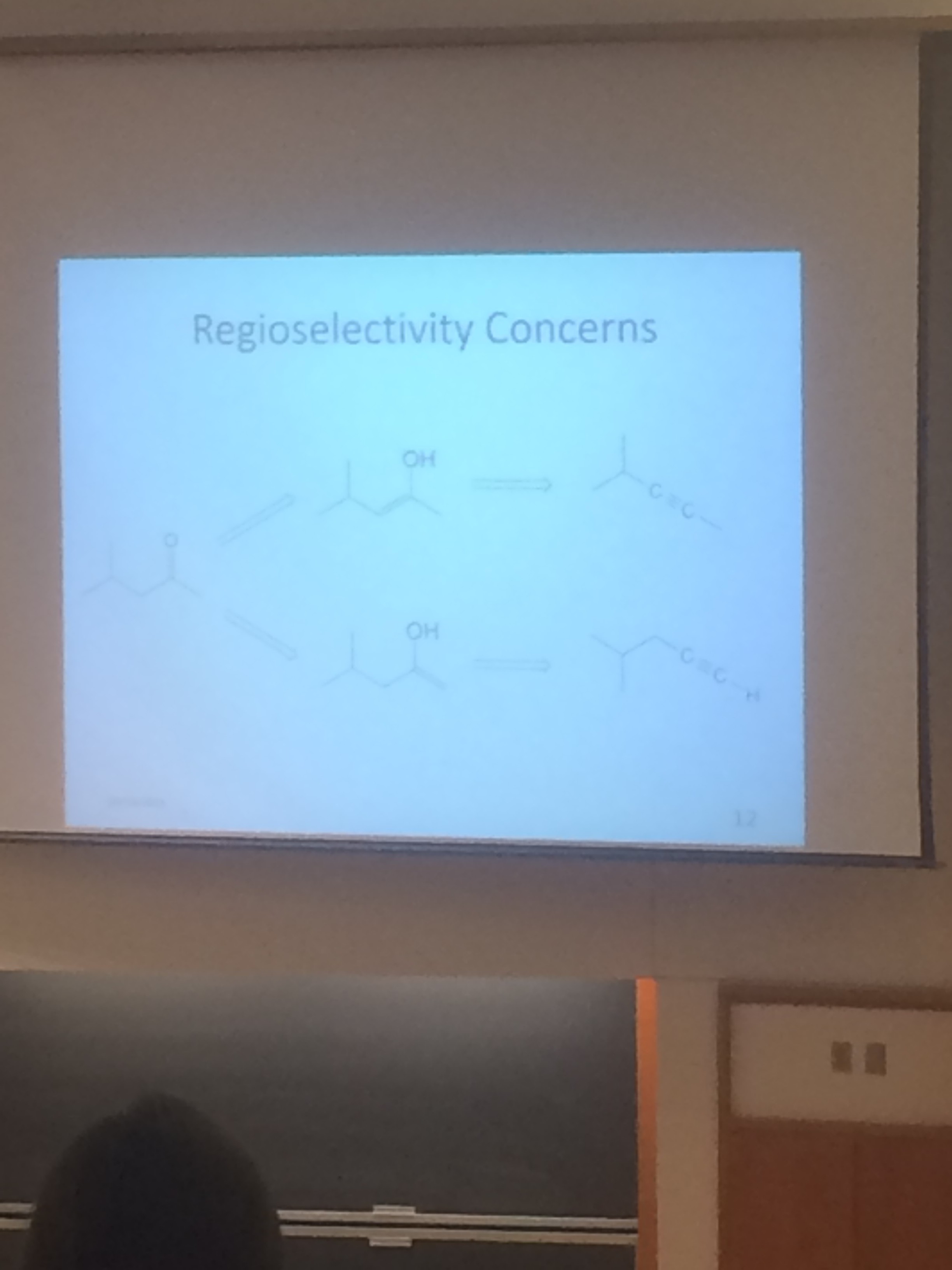 8.30am: People are asking questions using the regioselective word. They actually know what it means. A girl just posed a question using so many science words that I don’t even know what it was she was asking.

8.35am: There are three methods of alkyne hydrogenation. They take something called an alkene and turn it into an alkane using a catalyst. Boom. But why do all the words start with A? Isn’t alkaline a thing? Like on the pH scale? Are these related, like, at all?

8.48am: Now we’re synthesizing Acetylide Ions. Something called a ‘Pka’ is being used. All I can think of is the fraternity.

8.56am: My lack of sleep is catching up to me now. This bench in the back of the room is becoming exceptionally comfortable, and I can’t stop yawning. I should record these lectures to use when I can’t sleep.

9.06am: We are presented with one final problem. Of course, I cannot even make an educated guess.

9:15am: Class finally ends. My brain feels slightly melted, and I am exhausted. As I head out of the building, I receive a text from my Pre-med friend. 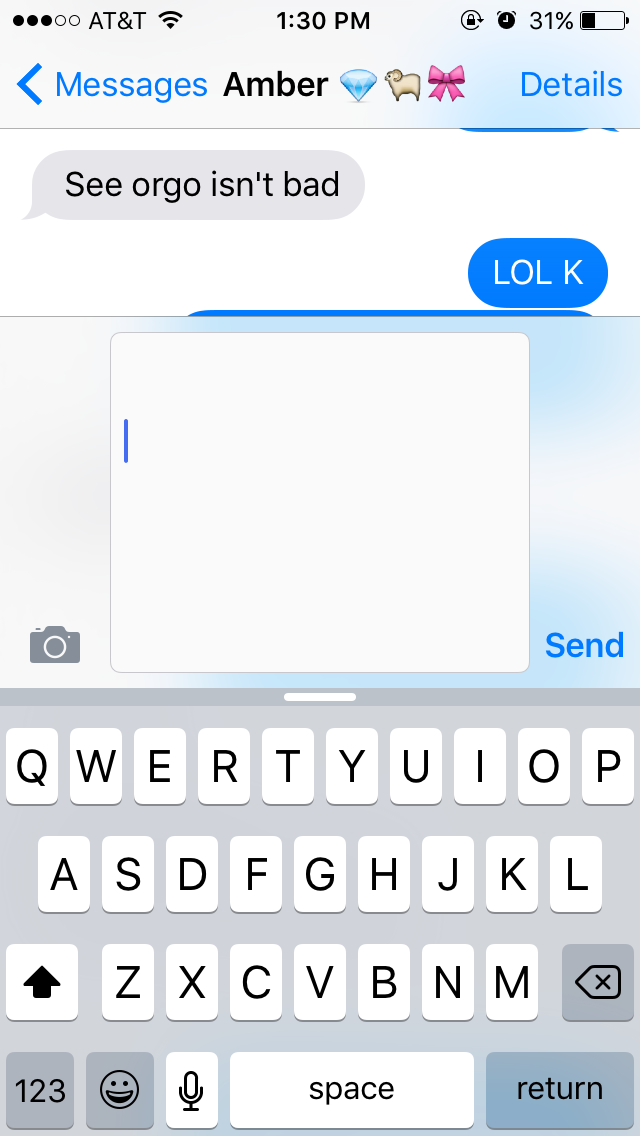 After sitting through 75 minutes of Organic Chem, I am validated in my choice to drop Pre-med. While I’m sure I would have understood more had I taken the prerequisite classes, do I really want to know what tautomerization means?

Nope, I surely do not.

So, I’m glad to be a journalism and political science major. Science is clearly not my thing, and I’m really sure of that now.

Time to go take a nap in the UL.