Members of The Real Silent Sam movement called for the removal of the Silent Sam statue during Chancellor Carol Folt’s University Day speech.

Chancellor Folt was scheduled to speak at Memorial Hall at 11am commemorating the founding of the University of North Carolina at Chapel Hill. 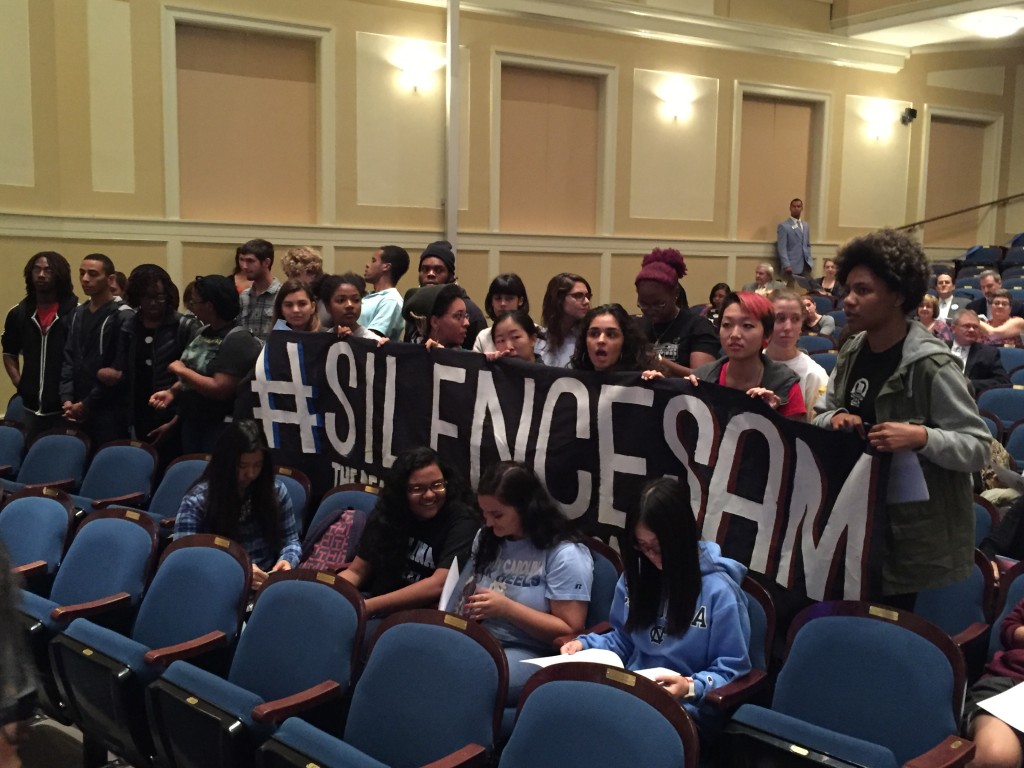 Protestors could be heard chanting and cheering from outside the hall. In the front rows, the Silence Sam group held a sign reading “#SilenceSam.”

A leader of the demonstration called it a spin-off – a protest that builds upon previous silence Sam demonstrations.

The group wants UNC to remove Silent Sam, the controversial statue of a Confederate solider in the upper quad. Protestors said they wanted to bring attention to their cause, as well as raise awareness of the overall systematic injustice at the core of UNC’s history.

After the official procession ended, the Silent Sam protestors stood up and began their announcement. 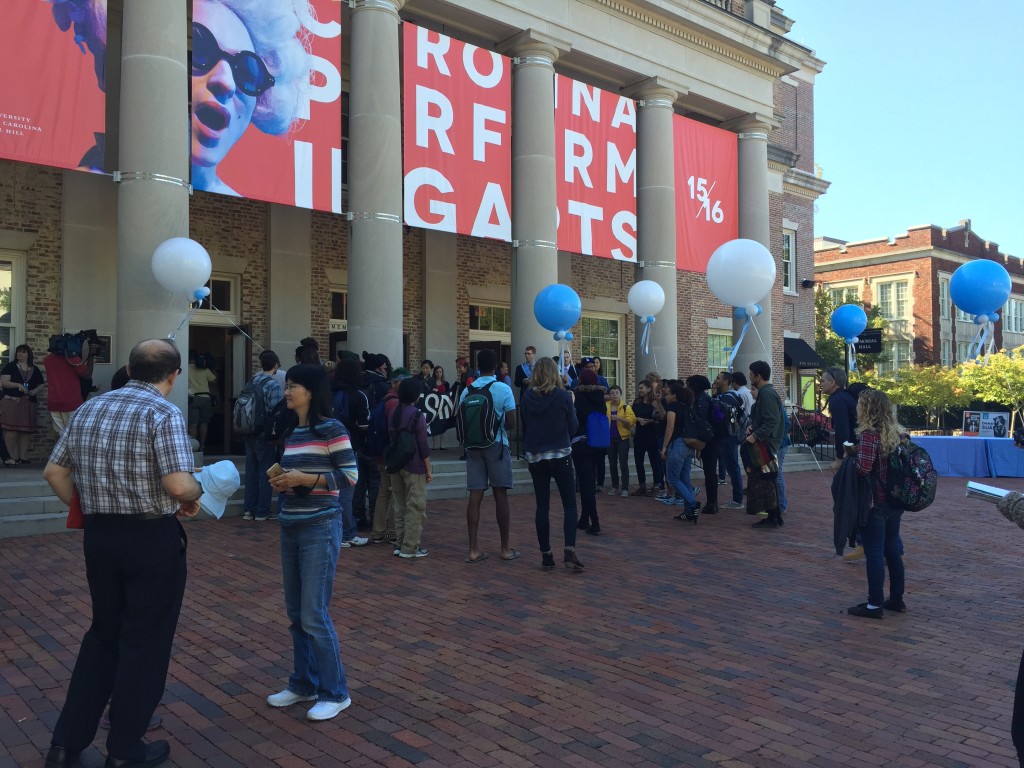 Members said: “Despite your efforts to silence us, to ignore us, we will keep going. UNC, your hands are bloody with the lives of the unsung founders. We see how you support the slavery and oppression of black lives by the militant protection of your white supremacist confederate monument. Confederate Sam is a glorified symbol of slavery.”

The group then chanted, “Tear it down, or we shut you down,” and ended the demonstration by asking: “How can Confederate Sam represent anything but the degradation of black humanity?”

The group left the building chanting: “Hey hey, ho ho, that racist statue’s got to go!”

Chancellor Folt then took the stage and said she was happy the group was comfortable enough to share their important message, expressing the sentiment that these conversations are what make this university great.