The pro-lifers left after an hour

The pro-life Planned Parenthood Project did not receive the warm Tar Heel welcome they expected on the most recent leg of their college tour.

Their campaign is part of Students for Life, which has been protesting on campuses against the continued funding of Planned Parenthood, which passed in a Senate bill last month.

We followed the rally from start to finish and were on the scene as pro-choice students arrived to form a counter-protest. 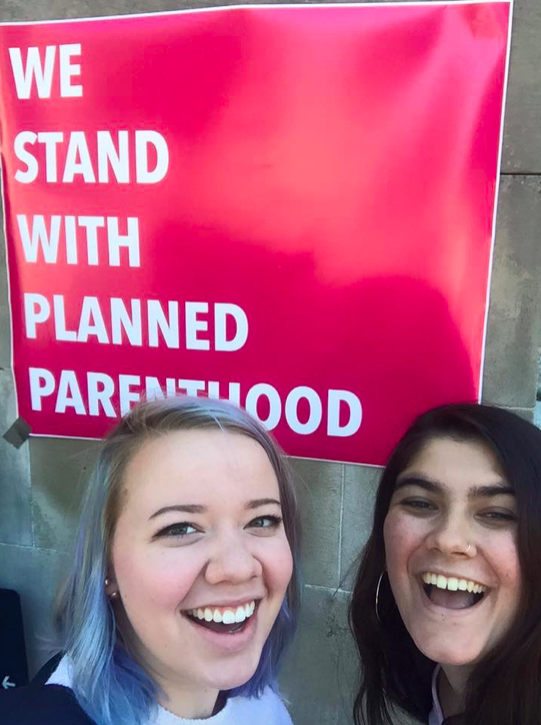 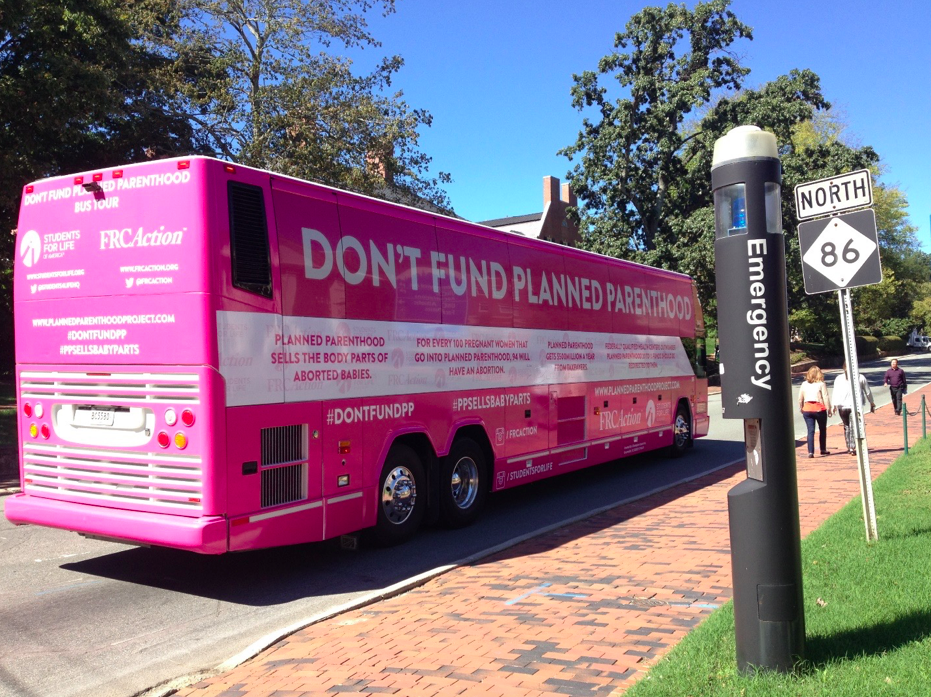 Anti-abortion campaigners arrived to the Bell Tower at 12:30pm in a massive pink tour bus – the color was specifically chosen to mimic Planned Parenthood.

A few local news crews had gathered to film the 30 students, most of whom were male, who were there to rally against abortion.

Several members of pro-choice student coalitions were present, like Taylor Grady-Daly. According to Taylor, one of the speakers from the anti-abortion campaign approached her group and asked for their leader.

When Taylor said they didn’t have a leader, a pro-lifer began speaking to the only male in the group, proceeding to tell him he looked Jewish and “Jewish people are against abortion.” It was not clear whether the pro-life campaigner was a member of The Planned Parenthood Project. 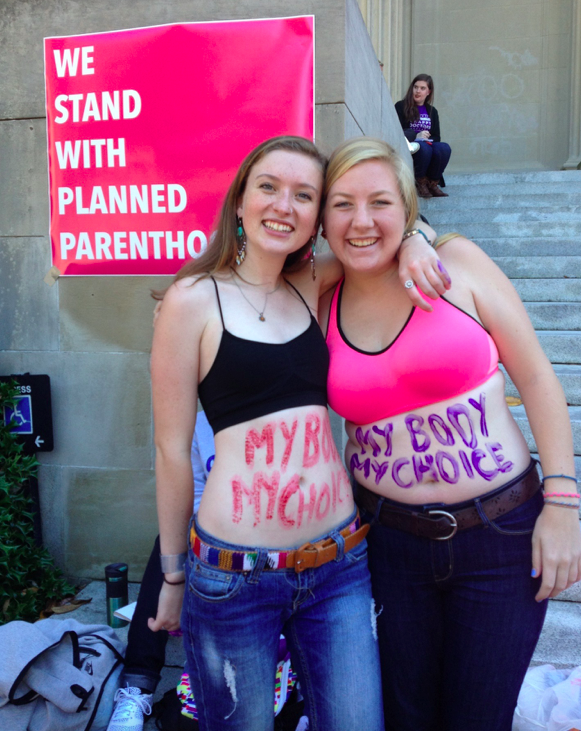 Students for Life also covered a section of the north quad with pink crosses – representing the unborn – while campaigners manned a stand providing information about local pregnancy centers. 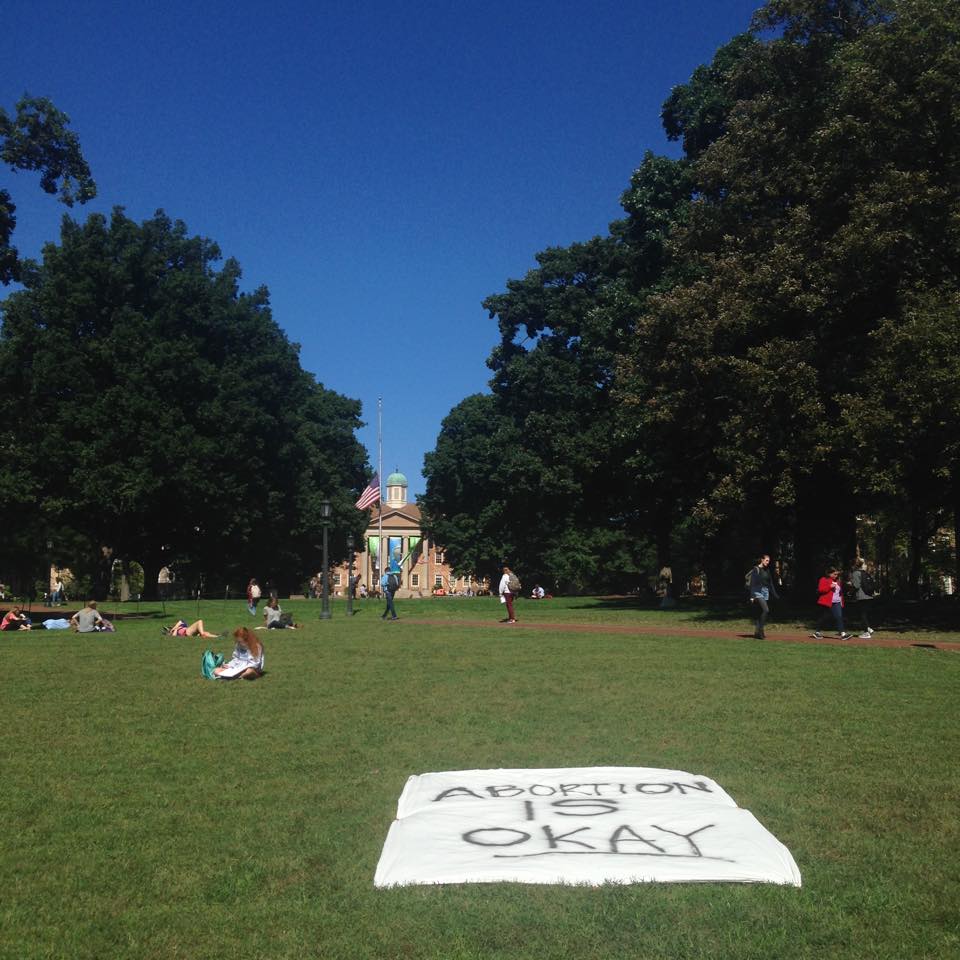 They set up on the steps of Wilson Library with an Instagram photobooth reading “UNCStandsWithPP.”

They also placed sheets on the north and main quad with the statement, “Abortion is Okay.” 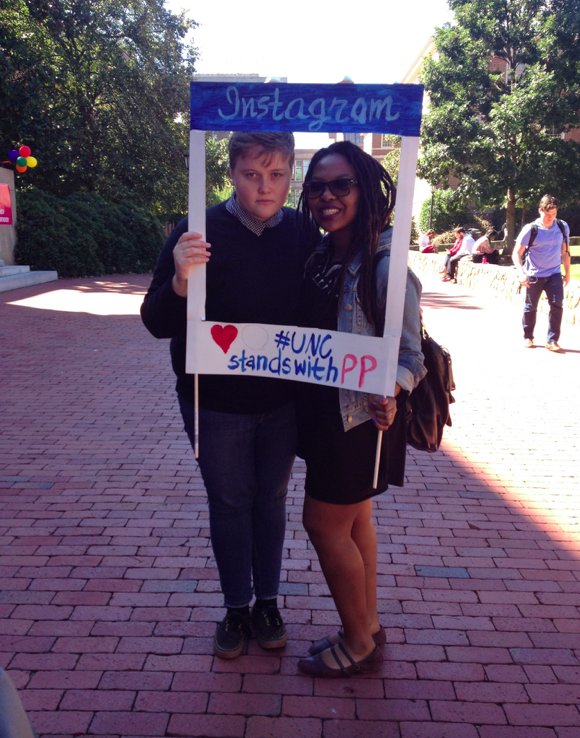 The pro-life bus remained on campus just an hour before leaving for the Planned Parenthood facility.