If you’ve seen the “Fuck the Police” banners in the Pit, chances are you’ve come across the UNControllables – one of UNC’s radical political groups.

Founded in 2012, the organization often holds panels with leaders of other progressive organizations on campus, along with their own rush events. At this semester’s “Radical Rush” from August 31 to September 5, the anarchists even shattered a mirror for their display on the history of punk.

The Tab attended one of the group’s meetings – they still have to book through the Union – to learn a little more about the activists and the anarchist ideas they follow. 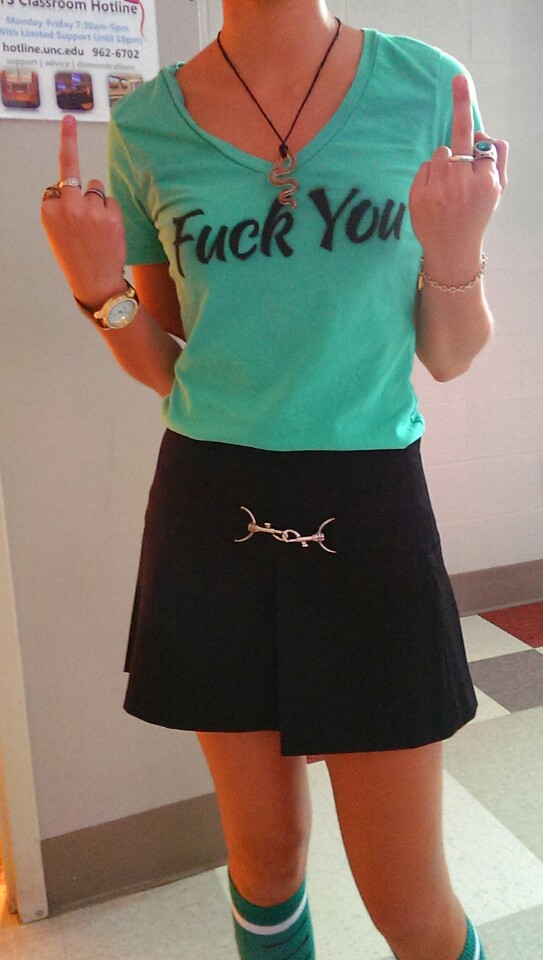 A mix of undergrads, grad students and even professors, the UNControllables don’t have an official leadership team. All UNC student organizations are required to have an advisor, as well as assigned officers, but they consider all of their members equal, so the group “doesn’t adhere to organizational hierarchies.”

Senior Ellen Green described the UNControllables as a group that “hates cops and loves puns.”

Mitch agreed, and they gestured towards a classroom projecting anti-police protests in Montreal.

Breaking down the police and the rules is not the only goal, though. At the lecture event, five presenters of the 20-language anarchist project “To Change Everything” promoted freedom against social structures like white supremacy and the patriarchy. 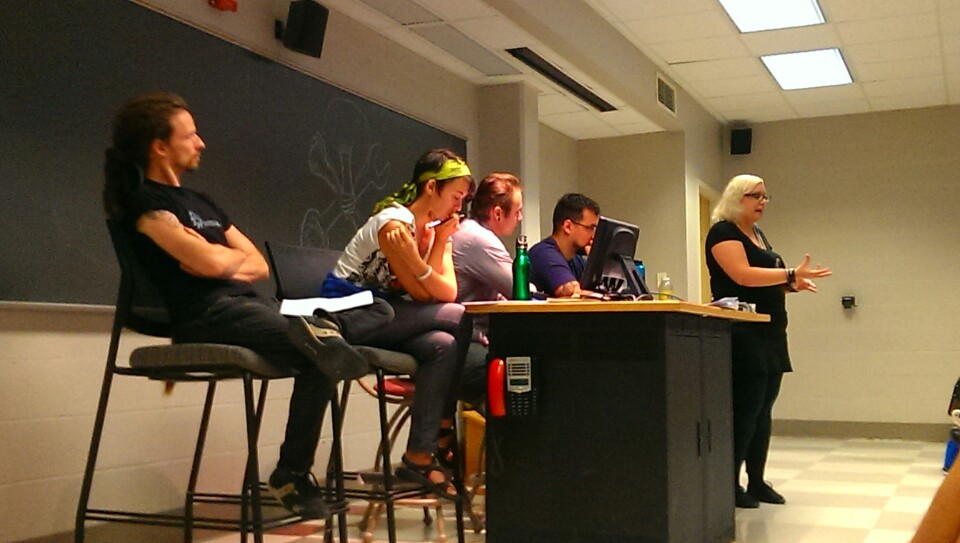 The group also spoke of plans to include other progressive perspectives, such as animal rights activism and environmentalism.

As strong believers in prison abolition and prisoner rights, the UNControllables have been protesting at the Durham Jail with the Inside-Outside Alliance for five months. The group also plans to revive the National Conference of Organized Resistance (NCOR) in 2016 – a conference once held in Washington D.C. but dead since 2008.

At the end of the meeting, we requested a photo of one of the members. And, in classic anarchist fashion, we were met with the reply: “I won’t show you my face, but I’ll show you my boobs.”