Meet the UNC rap group drawing crowds to the Pit

‘It has turned into something beautiful’

A crowd floods the Pit on Wednesday nights to watch the UNC Cypher, a freestyle rap group backed by a drummer, bassist and saxophonist keeping a steady beat.

This week, the rappers passed a dictionary through the crowd, asking students to take turns choosing random words that would then get the rappers started on a new rhyme.

The group can rap about anything, and the rhymes are reliably witty and entertaining. 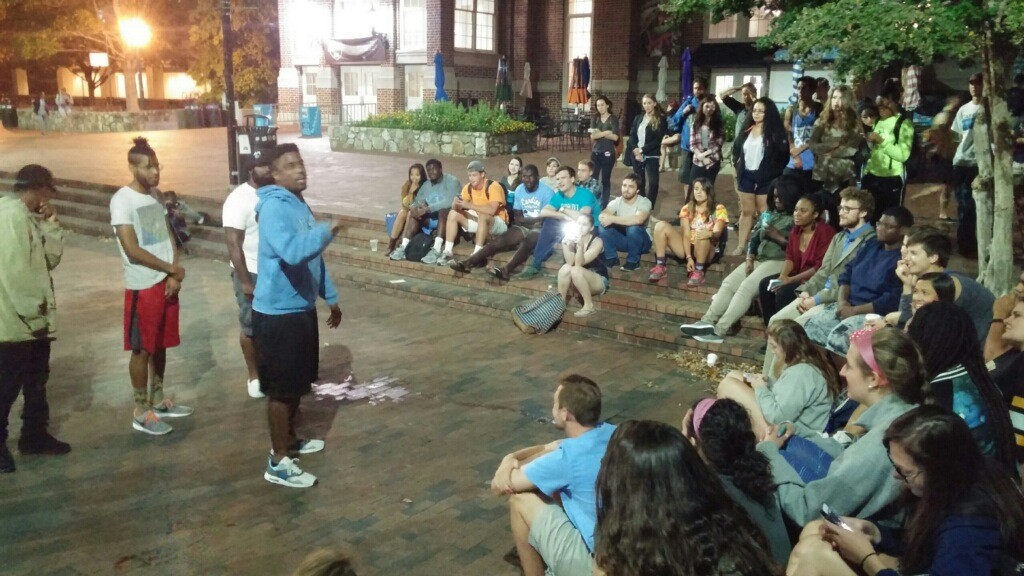 They even rapped about The Tab, saying: “Go online and pick up The Tab. You know you get those words in the news story it’s rad. So when they give it to you they got a different pass…”

In the audience, heads bobbed along to the beat and people yelled out “OHHHHH” or erupted with laughter after a good rhyme. 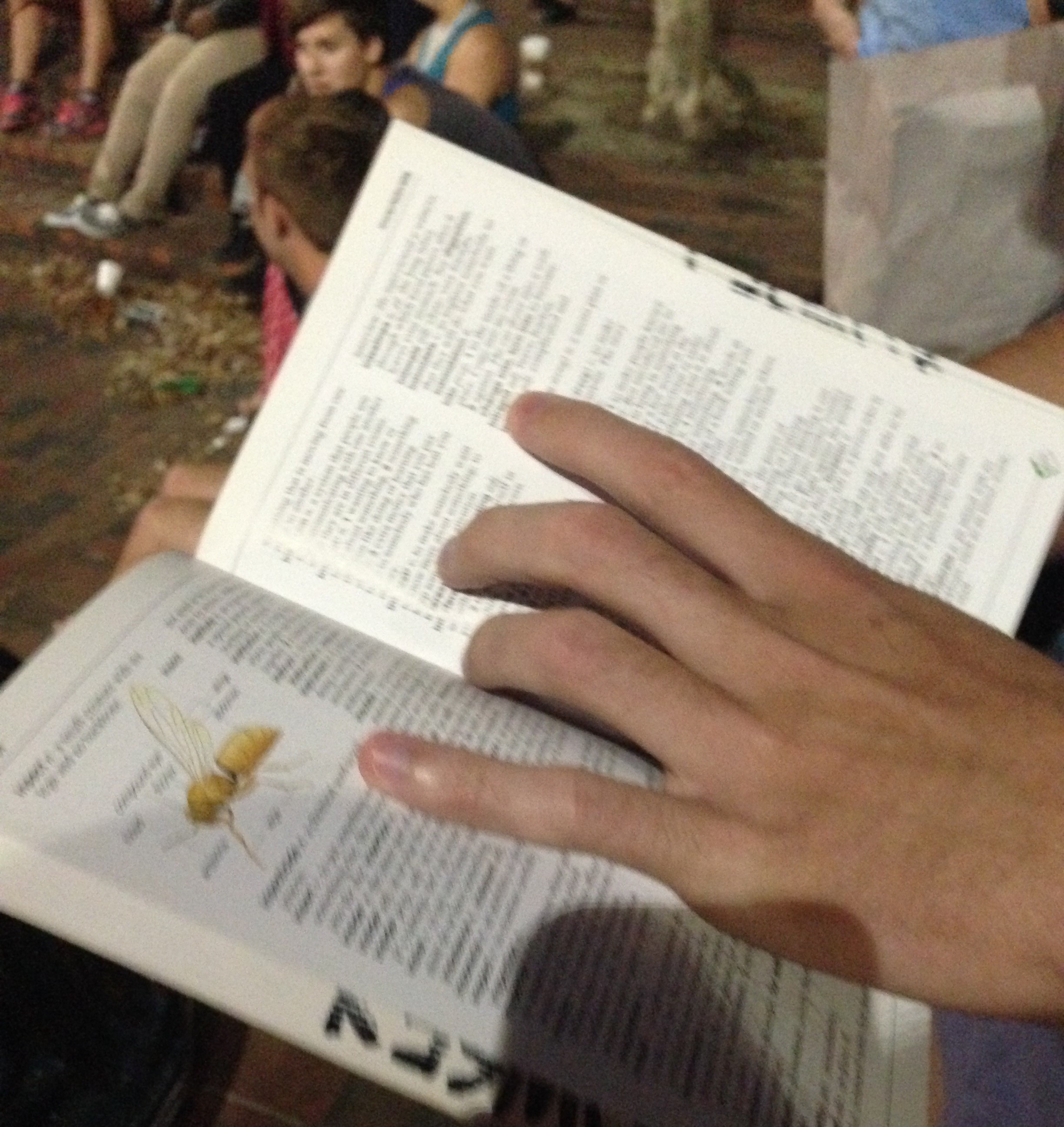 ECU grad Tony Powell – a.k.a. Convo the Mutant – is one of the rappers.

He said: “As my friend Ghost Dog put it, the cypher’s a watering hole for all different kinds of people to come through and give something to put in and everybody take from.

“It’s like an exchange of knowledge in the times of old when people would meet to converse and really talk about the things that are going on. It has really turned into something beautiful.”

Anyone is welcome to watch or join in at a UNC cypher and first-time rappers – usually friends of the regulars – are often thrown into the spotlight against their will.

Tony said: “It’s a mixture of a really diverse group of people. People not in school, people still in school, mixed race, and it’s all just unity and fun.” 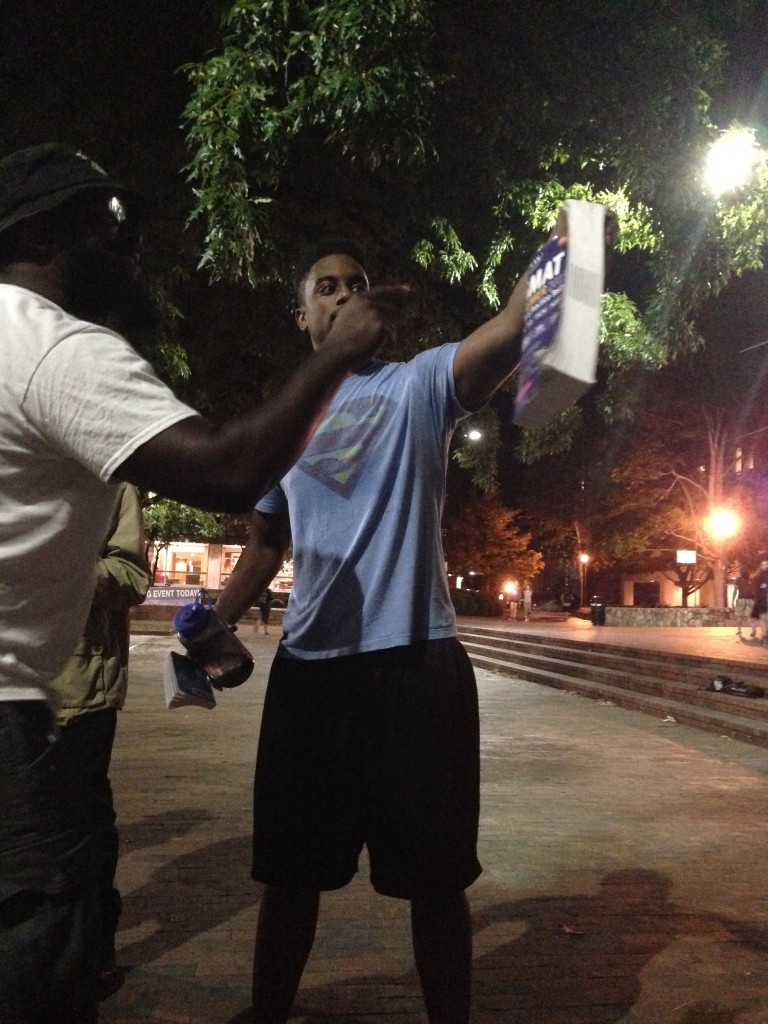 “We’re bridging hip hop and education,” Joshua said. “In these educational institutions people don’t really believe that hip hop can be rooted with real lyricism to get people hype. 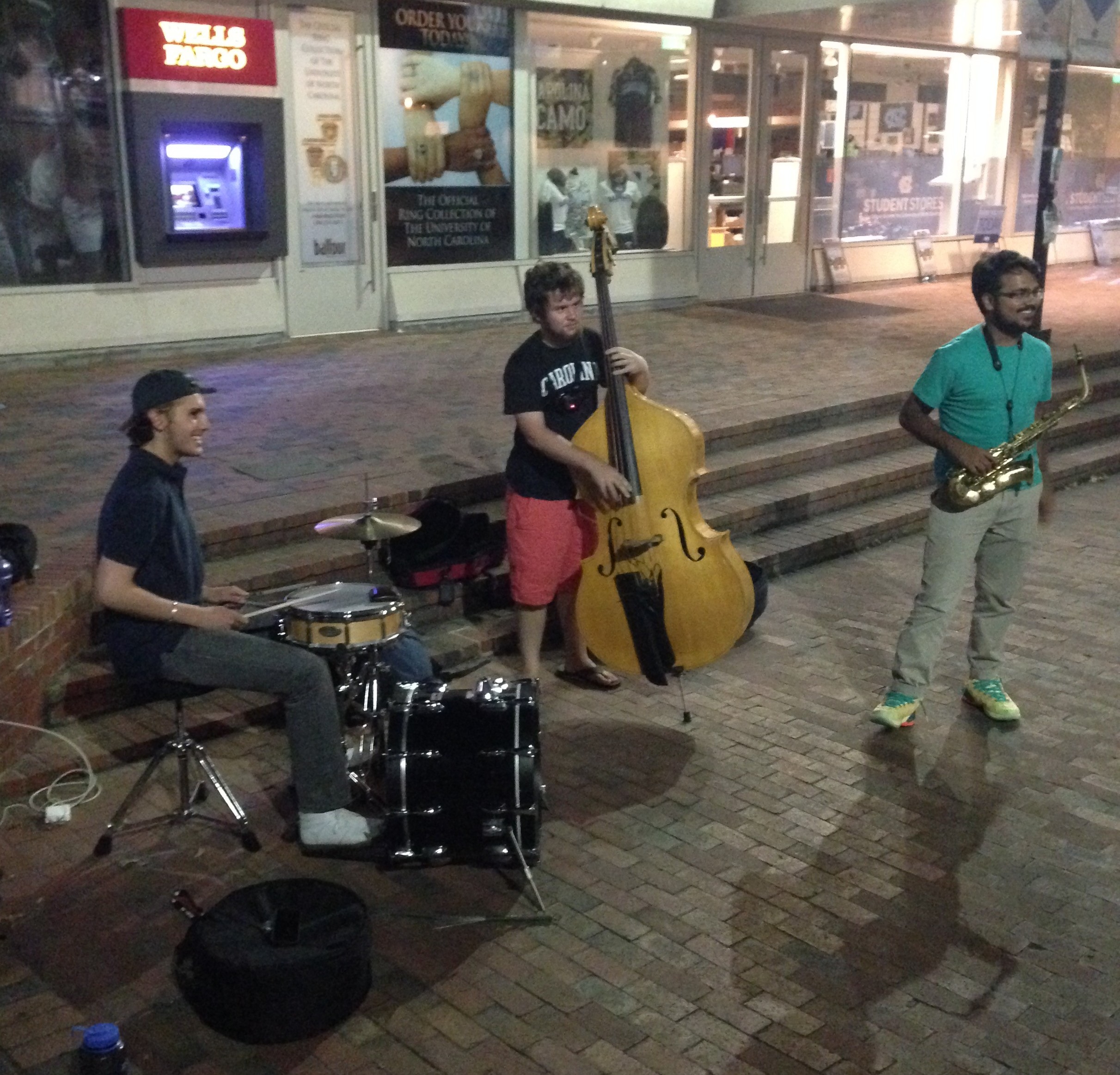 Tucker said: “I’ve been going to the cypher every Monday for about four years. Some guys would come down from UNC and App and rap every Monday, so they just decided to start it here.”

The UNC Cypher started one year ago as just a few friends getting together to freestyle. Over this past summer, they started holding cyphers in front of the Waffle House on Franklin Street. 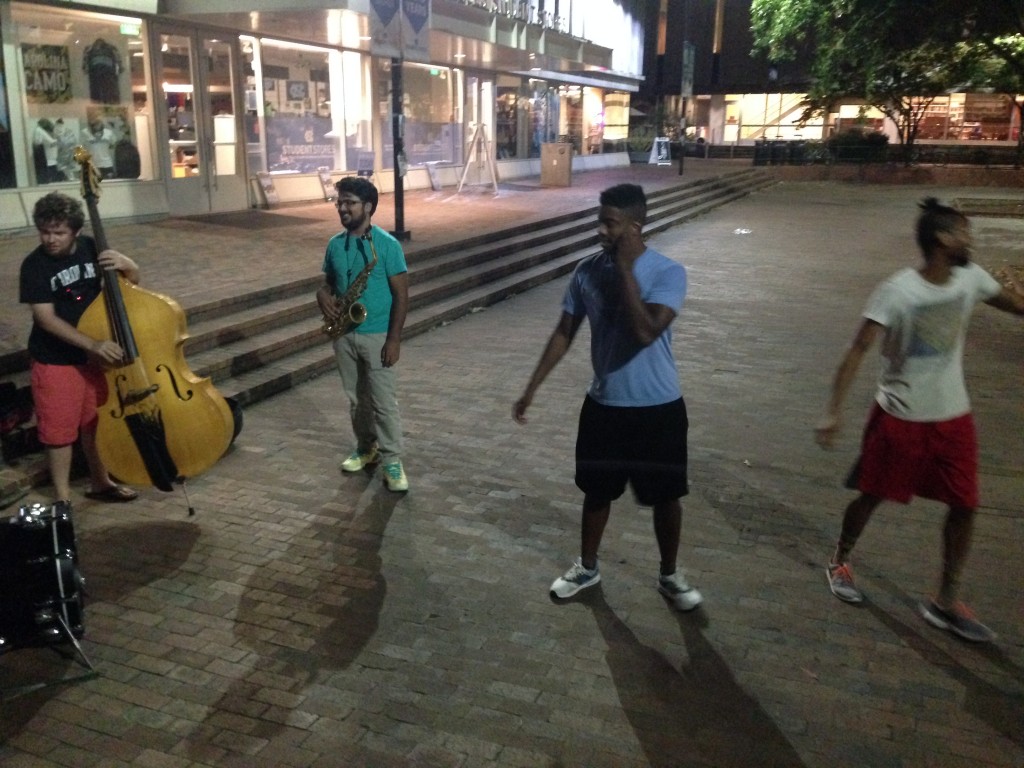 NCCU student Tracy Lamont was one of the first people involved in the UNC cypher. He said: “Rowsey would rap by himself for the longest time and then I kind of picked it up, came out with him. That’s when we were on Franklin Street for the summer and then we brought it back to campus.

“And maybe three or four weeks into bringing it back to campus it was lit. There were 60 to 100 plus people. They just come out to show us love.”

Each week, the UNC cypher has brought a bigger crowd and those involved are excited about the chance to show their talent and spread their ideas.

For the people who join in, Tracy said it’s all about “bringing the essence of hip hop back to the culture and letting people understand that it’s more than just trap beats.”