We sat down with ripped quad gymnast Jonah Howell

‘We should all be naked more often’

Jonah Howell is one half the notably half-nude “Shirtless Guys” you’ll find swinging from gymnastic rings in the quad.

Everyone sees him, but few know anything about him – other than his nakedness, his tattoo and his seasonal beard.

He told The Tab how he got so jacked. 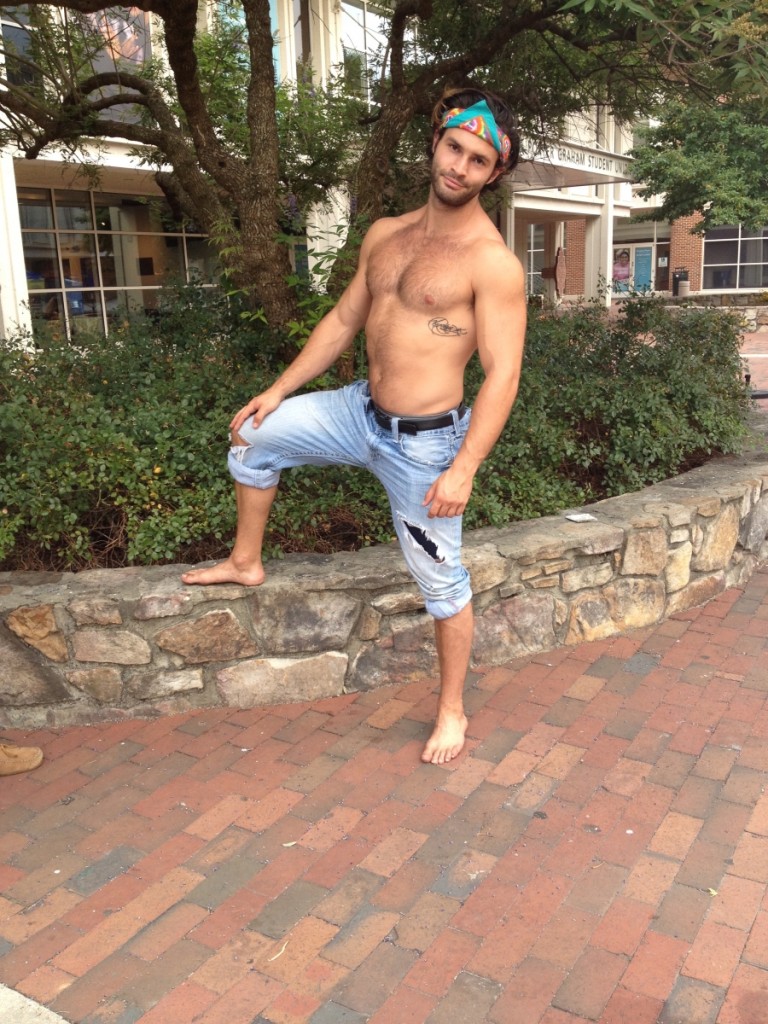 Have you ever heard yourself referred to as “UNC Tarzan?”

Once, but I usually hear that in reference to my counterpart, Hunter. I’ve heard Jesus quite a number of times.

Or “That Guy That’s Always Shirtless?”

So, how are you so jacked?

Ah. So, I lived in Texas up until 2012. I started weightlifting at age 13 in a class at school – my mom competed in powerlifting in high school, my middle brother is a self-taught gymnast, and at age 45 part of my dad’s powerlifting routine is 500 burpees. It’s a combination of insane Texans and family bonding.

Do you work out with your family?

Yeah, that’s actually what most of the summer was.

How did you meet your comrade “Barefoot Guy,” aka Hunter?

We just both happened to be eating at Rams at the same time first semester one day, and I think the exact words were “Uh, hey bro, mind if I sit here?” and then we had a bunch of really surface level, dull conversations over the next couple months, both assuming that the other was some serious ultra-straight-edge individual.

And then we just happened to run into each other at a metal concert in Carrboro and moshed around a bunch and realized we’re way more similar than we expected, and so the biumvirate was born.

What does that mean?

Biumvirate, like a play on the Roman triumvirate, but with two. It was this group of three dudes who ruled Rome for some time. That’s really all I know. 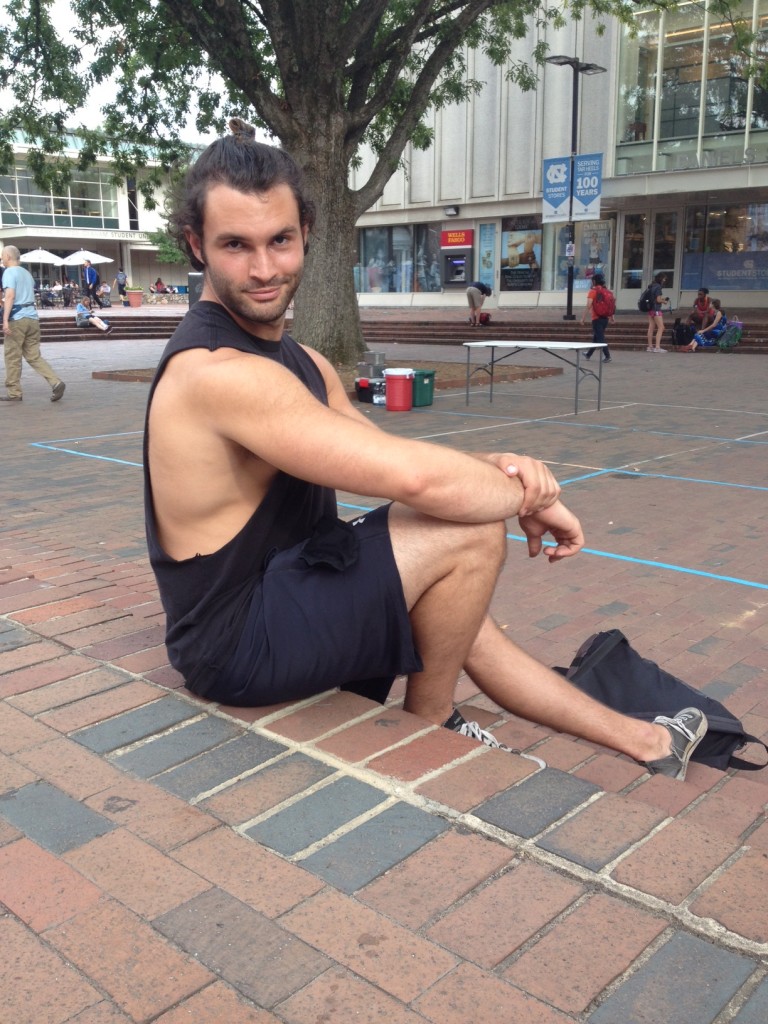 You once told me an interesting story about something that happened in one of your classes. Tell me about the incident.

Ah, Yes. So one of the hazards of wearing very short shorts as a man is that when you sit down of course the shorts come very near to your crotch, and at times, a penis may protrude past the end of the shorts – that has definitely happened in a class once or twice.

Yeah. You see it’s really difficult to know how many times it’s happened because you never know unless someone tells you. I’m vaguely remembering someone in some class being like, “Hey…hey man,” mimes motion of pulling shorts down. But luckily this is a remarkably comfortable campus.

The students do have a tradition of running naked through the library.

Yeah, if we’re going to run naked through the library, who really cares?

Is there anything you want people to know about you?

I think life should be lived in a way that nothing about you needs to be hidden, and you can fully justify whatever you do.

So don’t just be naked physically?

Naked emotionally, and mentally. Fully naked in all facets of your life. The takeaway from this that we should all be naked more often.