‘I was barred from applying for president of UMiami’s evangelical organization, Cru, because I’m gay’

David Beltran’s ‘fragile faith’ was crushed as a result, and he sunk into depression

David Beltran – a Miami local and University of Miami alum – experienced unwarranted, unethical, and unacceptable discrimination during his time as an undergraduate. As a gay male, Beltran said this kind of treatment is still far too commonplace – even at a moderately progressive school like UMiami.

Beltran – who graduated in 2016 – knew he was gay at a young age, and his parents did their best to suppress his “sinful” desires. The principles that were drilled into his head by his Evangelical Christian parents crucified the LGBT community, and left a young David unsure of his sexuality, his familial relationships, and himself.

Beltran had always considered the University of Miami his dream school – until midway through his junior year. That is when, he claims, leaders within the UM community called him “spiritually weak” and unfit to serve as the president of an evangelical organization called Cru – just because he was gay.

“At the end of my junior year, I had decided to apply to be the next male student director of Cru, chosen by the chaplains of the ministry. My best friend had been the student director the past year and he encouraged me to seek the position. Throughout my whole college experience, I had been heavily involved in Cru and been consistent in my service to the organization. I thought I had the qualifications to revitalize the ministry. However, I didn’t want to lie to the chaplains, so I disclosed to them the internal struggle that I have over my sexuality. I got an initial reaction of love and support, yet the decision they made would completely destroy my fragile faith.

“​A Thursday afternoon, right before the regularly scheduled Cru meeting, the two head chaplains sat down with me, and very calmly explained to me that I was unfit to be the student director (actually, to even be in leadership) because I could not fully affirm the idea that homosexual relationships were inherently sinful. I couldn’t understand it then, but that decision was the drop broke the damn of self-hatred, lack of self-worth, and internalized homophobia that had been building up within me.”

This accusation of campus discrimination has been documented, recorded, and backed up by current and past leaders within the organization. David Duba, president of Cru while Beltran was campaigning, said that the club’s administrators had a secret meeting where they discussed Beltran’s eligibility. James Drake and the rest of the board voted that Beltran’s homosexuality barred him from serving as president.

When we reached out to Erik Williams, one of the chaplains who Beltran claims was involved in him being barred, he vaguely denied the claims attributed the decision to ‘challenges’ Beltran was facing at the time with his family:

“His senior year, I approached him about some challenges he was facing with his family and asked what roles he could eliminate from his schedule because he was not meeting all his responsibilities.  At that time he stepped down from Cru leadership on his own accord.

“A few months later he wanted another Cru leadership role.  Personally, I was not sure he was in the best spot to fulfill the requirement.  We did not make a final decision and offered to re-evaluate over the summer.  He was deeply hurt and angered by this.” 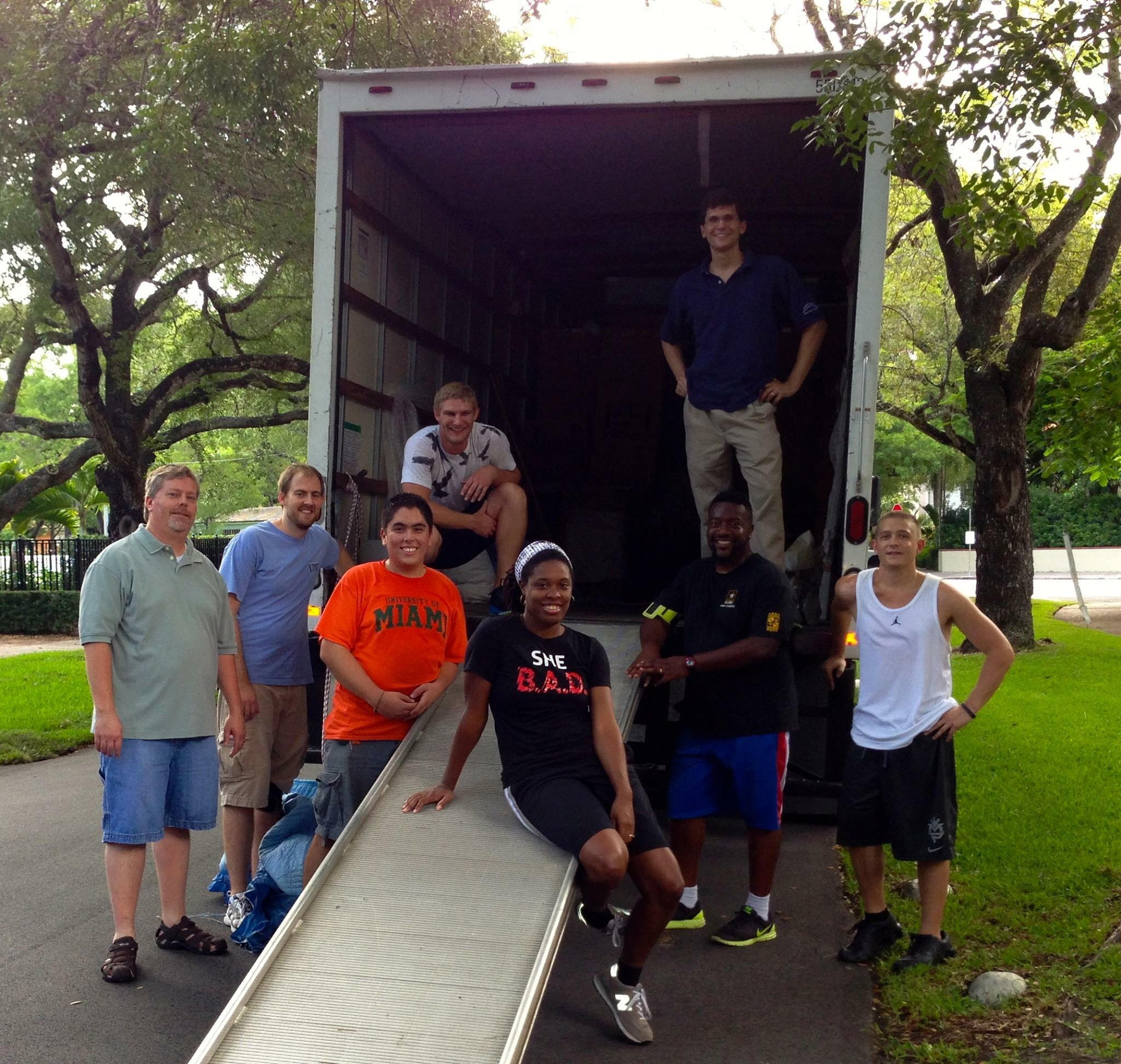 Summer 2013: I helped move-in our then new Chaplains Director, James Drake. He would later on justify to me why I couldn’t serve as president because of my sexual orientation

David Beltran had this to say regarding the University’s response to Cru’s decision prohibiting his leadership involvement.

“In April, I had a tense conversation with James Drake the director of Cru about my upcoming conversations with the Dean of Students Office (which he was not happy were happening). He subtly threatened legal action against the school of anything happened. He also mentioned that one of the reasons it’s important for them to be able to hold the views they do on homosexuality is that ‘people may change.’ In his advocacy of reparative therapy, he fails to understand LGBTQ people at all.

“In April of 2015, I had a follow up conversation with James Drake and Erik Williams (the two main chaplains of Cru) about them not accepting me into leadership. It was a tense conversation and I asked them if in the future, somebody who was more spiritually healthy but was also questioning their beliefs about their sexuality would be allowed to serve in leadership. They never answered my question. This proves to me that my case wasn’t isolated and will happen again. It is about biblical justification of discrimination against LGBTQ folks.” 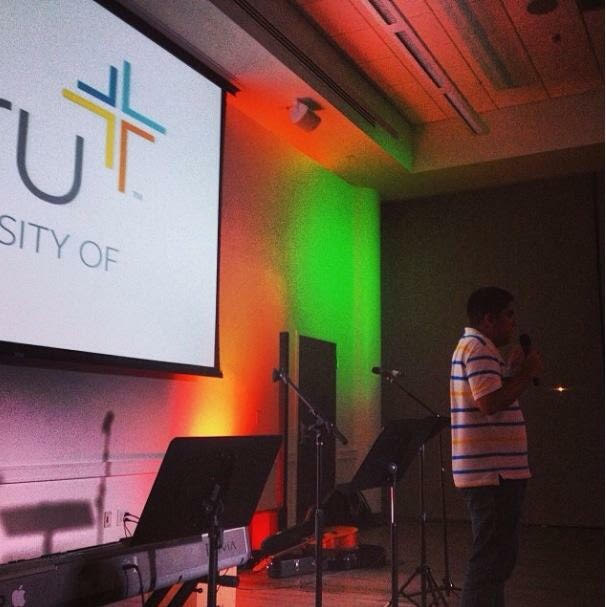 The impact that this ruling had on Beltran was rough – and led to extensive bouts of counseling and consolation.

“I had about three minor panic attacks and thoughts of extreme doubt. By the time my senior year started, I collapsed into a deep depression. I would stay in bed all day and not eat, because I couldn’t will myself to do the most basic things for myself. When I would eat, I would binge junk food. I consistently got drunk on the weekends. I gained about 50 pounds in those two semesters. I would avoid my friendships and shirk most of my responsibilities, failing all of my classes both of my last semesters.”

At the University of Miami, every club and organization must have a discrimination clause in its constitution. This clause states: “It is the policy of the University that no person… be subject to discrimination… under any program or activity of the University.” This extends to, “race, religion, color, sex, age, disability, sexual orientation, gender identity or expression, veteran status, and national origin.”

Cru has this policy listed in its constitution, but according to Beltran and Duba: “Cru fails to talk about this clause in their stance on student leadership – they need to clarify and stick by it, or stop taking funds from the school.” 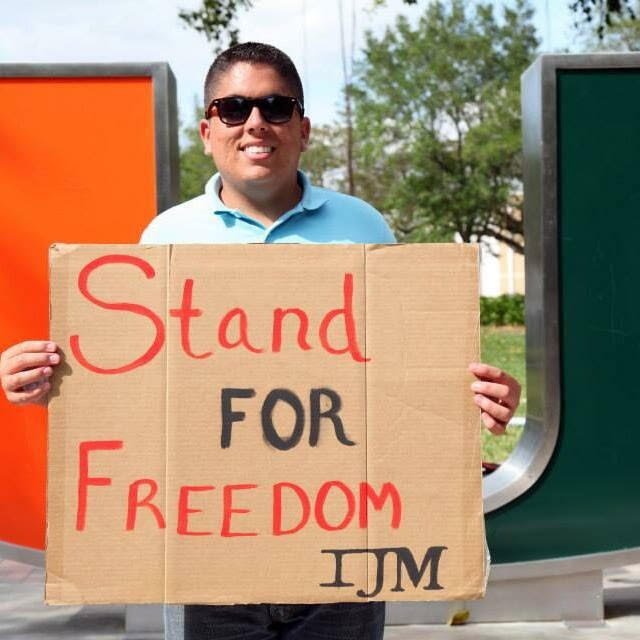 Inspired by Cru, I started a student organization on campus my sophomore year, looking to bring awareness to the issue of human trafficking

When asked for a comment on Beltran’s allegations of discrimination, Mappy Castro – one of the current presidents of Cru – said:

“We love and miss David Beltran.  He was always welcome at Cru and always will be.

“We care deeply for David and the UM community as a whole.

“Since 1960 Cru has been at UM and taught students to love and follow Jesus.  We welcome ALL students as members!

“We do not believe this is discriminatory or hateful.

“We value diversity and are grateful to be a part of a diverse university.

“Our statement of faith represents our beliefs.  While all are welcome as members of Cru we ask that our leaders represent these beliefs and live in a manner consistent with them.

“Without getting into Biblical interpretation, which many of our leaders have a diversity of opinions on, all of our leaders believe the Bible is accurate in all it attests to (Inerrancy) & seek to live in accordance with that.  At that time, David did not feel that he could agree with the Statement of faith because of inerrancy and voluntarily stepped down from leadership.

“Sexual Orientation is not a part of our leadership requirements.  An LGQBT person could be a leader with Cru (we have had LGQBT leaders serve with Cru at UM).  We would ask all leaders to live in a manner consistent with traditional Biblical teaching (ex. abstinence).

“We are very sorry that David had a negative experience with Cru.  Our staff offered help and support for him until he graduated.  He continues to be in our prayers.”

“The idea that I voluntarily stepped down from leadership because, at the time, I didn’t affirm biblical inerrancy is false. I told them many times that I did believe that the Bible was the inerrant, inspired Word of God. At the time, what I was wrestling with was the traditional interpretation of scriptures that told me that who I choose to love was sinful.

“When James Drake and Erik Williams met with me to discuss the chaplain’s decision about my leadership role in Cru, they told me that Cru believed that you NEEDED to affirm that all homosexual conduct was sinful for you to hold the Bible as inerrant. This put me in a catch-22, where I could either lie to them and sign the statement of faith, or stay true to myself and quit. I chose the latter.

“The fact that I was made to choose between my identity as a Christian and my identity as gay is discriminatory and harmful to the LGBTQ students that affiliate themselves with Cru.” 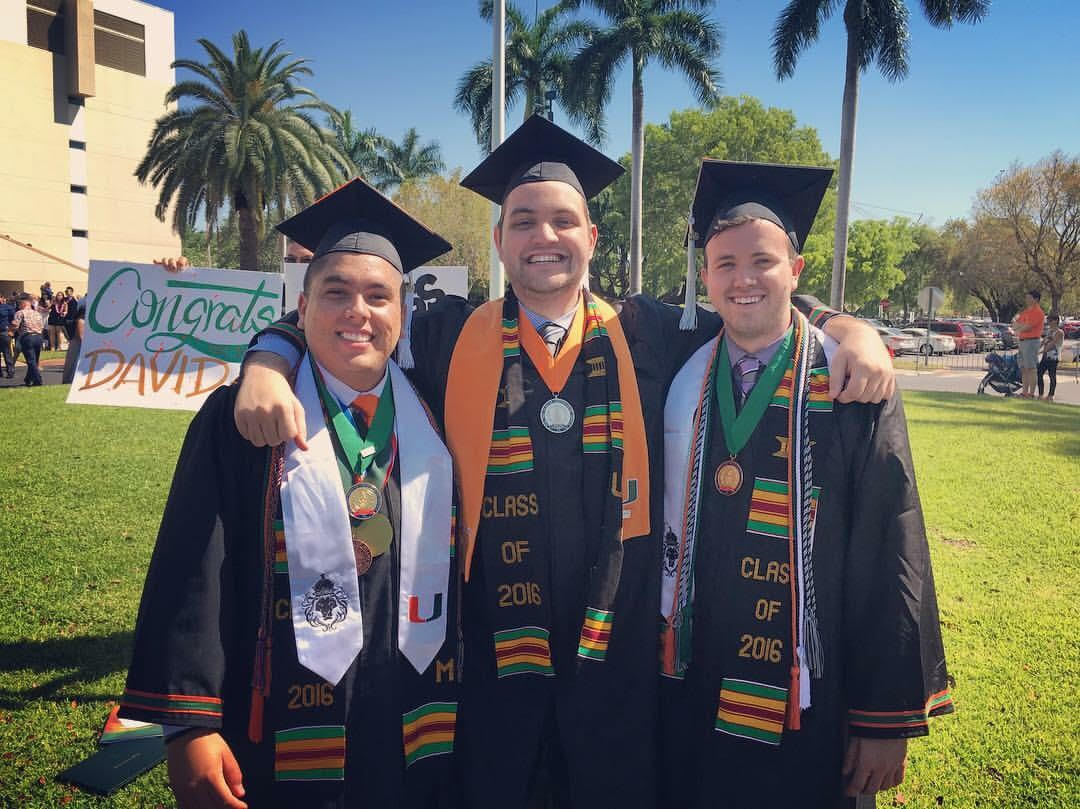 May 2016: I graduated with my two best friends, whom I met through Cru and helped me during the intense depression I suffered my Senior year

In response to Beltran’s comments, Erik Williams said: “David had many leadership roles within Cru over many years, which we encouraged and supported.  His senior year, I approached him about some challenges he was facing with his family and asked what roles he could eliminate from his schedule because he was not meeting all his responsibilities.  At that time he stepped down from Cru leadership on his own accord.

“A few months later he wanted another Cru leadership role.  Personally, I was not sure he was in the best spot to fulfill the requirement.  We did not make a final decision and offered to re-evaluate over the summer.  He was deeply hurt and angered by this.  We believe David to be a strong leader, as are many students at the University of Miami.  David, helped make Cru a better organization at UM and appreciate who he is and his abilities.

“We care deeply for David and the UM community as a whole.

“We are very sorry that David had a negative experience with Cru.  We offered help and support for him.”

Although the actions of one specific Cru organization at just one school may not accurately represent that entire religion, it does highlight the hate that our LBGTQ brothers and sisters face on an everyday basis.

We reached out to James Drake for comment and have yet to receive a response.