Songs have to be played at a ‘reasonable’ volume

Music is going to be banned from all UM tailgates, ‘less than two weeks before the biggest game of the season.

Thanks to Miami police and Hard Rock Stadium, all speakers DJs and sound equipment are to be outlawed under new regulations aimed at reducing rowdiness at tailgates. 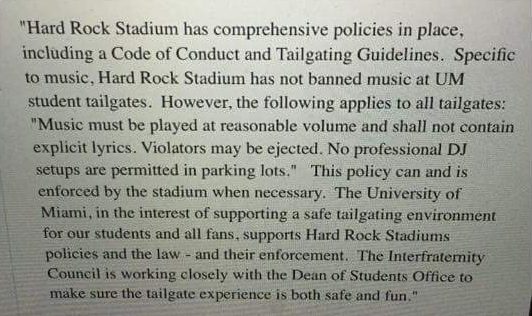 Messages seen by The Tab show that Hard Rock Stadium are enforcing the new measures “in the interest of supporting a safe tailgating environment.”

According to a fraternity president that wishes to remain anonymous, the IFC informed fraternities this evening after a meeting where all UMiami frats agreed to comply with the new rules. He said “No-one is happy about this, but we gotta make the best of the situation and move forward.” 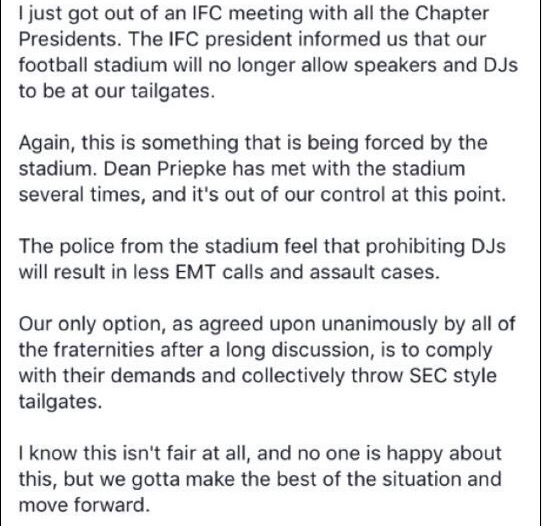 According to Hard Rock Stadium’s Code of Conduct, “Music must be played at reasonable volume and shall not contain explicit lyrics. Violators will be ejected. No professional DJ setups are permitted in parking lots.”

Movement to invest in a silent disco at tailgates

Wait remember when we asked to have no more music at UMiami tailgates? Yea same neither did I. #MusicGate